MINNEAPOLIS — There is cruelty in a sport that can deliver a result so one-sided in a match so evenly played.

The difference Thursday, in a contest that swelled Nebraska’s championship hopes and dashed Illinois’ dreams, was decided by a fingertip and a nose. The first was detected on slow-motion video. The latter was just felt by the player who seconds later would render it irrelevant.

Both of those decisions went to No. 6 Nebraska, which needed every point to extend its improbable postseason run two more nights and rally past No. 3 Illinois 22-25, 16-25, 25-23, 25-20, 15-11 in the NCAA semifinal. The Huskers survived to play No. 1 Stanford on Saturday night for the national championship after the Cardinal swept No. 4 BYU earlier Thursday.

The 17,808 at the Target Center saw a coin flip play out over the match’s 207 rallies. Illinois won 104, the Huskers 103. But the most consequential point would go to the judges when Mikaela Foecke sailed a shot wide that, for a moment, knotted the decisive fifth set at 12-12.

Foecke’s shoulders slumped. But Husker middle blocker Lauren Stivrins was adamant the shot caressed the finger of an blocker and lobbied Cook to use his first video replay challenge of the night to see if NU could get the call reversed.

“Coach was asking me if I thought there was a touch,” Foecke said. “I was like, ‘I don’t know. Maybe. I couldn’t tell.’ But Lauren was like, ‘I know there was. You need to challenge it.’ ”

Several minutes leaked by before the replay official confirmed there was a touch. Foecke’s 18th kill of the night gave Nebraska a 13-11 lead.

The call seemed to deflate Illinois (32-4), which had controlled the first half of the match with their serving and the sublime play of senior All-America setter Jordyn Poulter. And if that ruling didn’t, NU libero Kenzie Maloney’s ace on the ensuing rally did.

Nebraska (29-6) nearly ran out of time in searching for its execution while Poulter and outside hitter Jacqueline Quade seemed destined to put the Illini in the final.

Quade had a match-high 28 kills, one shy of her career high. Her nine kills helped Illinois close the first set on a 7-2 run. And Poulter set the tone of a second-set blowout with three aces to pace the Illini to a 6-0 lead.

“It was pretty obvious we were struggling early and we said we needed a new team to come out in the third set,” Maloney said.

The senior libero had a double- double with 20 digs and 10 set assists, one of which went to Foecke late in the third set as the Huskers erased a 23-22 deficit with the set’s final three points.

In the fourth, with Foecke silenced without a kill on three swings, sophomore outside hitter Lexi Sun earned the postgame ice wrapped around her shoulder with six of her 19 kills.

“I feel like at every point I just try to do what I can to help the team the best way that I can,” Sun said. “So I’m getting those sets and I’m just trying to swing high hands and put the ball away.”

Illinois put service pressure on Nebraska all night with nine aces, often targeting Foecke, Sun, and freshman Megan Miller. But it was the Illini who collapsed from the line late. All 10 of their service errors came in the final three sets, including three misses into the net in the fifth.

“In the first two sets we weren’t trusting our training,” Foecke said. “I think that has to do with a lot of jitters when you have eight new players and they’ve never played on this huge of a stage in front of this many fans.”

Foecke was one of five Huskers to reach double-digit digs with 11.  Nicklin Hames and Miller each added 19 while Sun had 12.

The loss snapped Illinois’ 17-match winning streak and denied former Husker assistant Chris Tamas from leading the program to its first berth in the national championship match since 2011.

“I told them in the locker room this goes down as one of the all-time best teams that I’ve been around,” Tamas said. “Continually beating expectations, put the challenge to them every day to just work their tails off. They did that.”

But it was Nebraska by a nose. Foecke’s nose, specifically, on match point. The night’s final rally was the kind of lengthy scramble that littered the match. Poulter was forced to take a third touch for Illinois, and knuckled the ball over at Foecke, who popped the ball into the air off her nose.

The ball found Stivrins, who bumped it sky high, which would give Foecke an eternity to think about where to deposit her 19th kill.

If only she wasn’t musing just how much of these moments come down to good fortune.

“I was feeling it was lucky it bounced off my nose and went straight to (Stivrins),” Foecke said. “I wasn’t really thinking how I was going to hit it.” 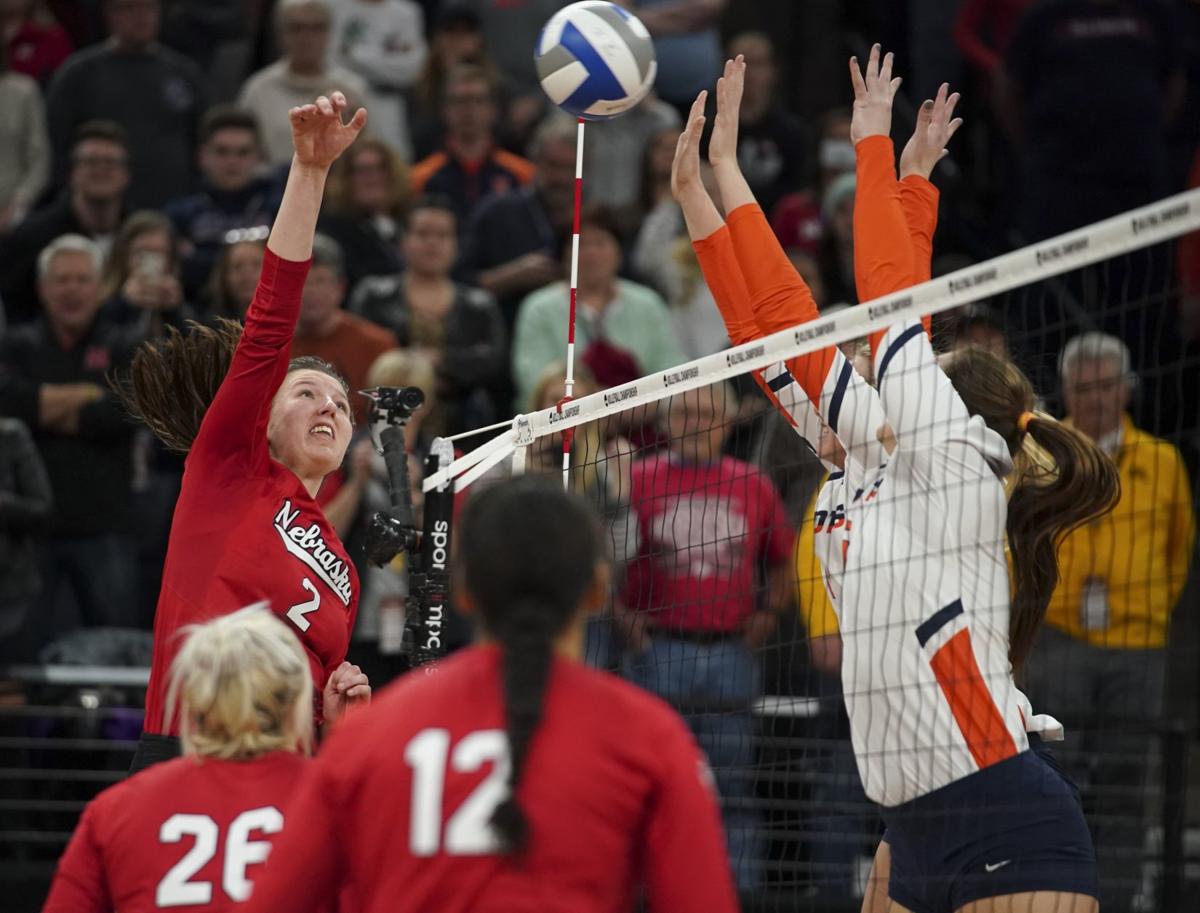 Nebraska's Mikaela Foecke had the winning shot Thursday night to give the Huskers a chance at another national championship. 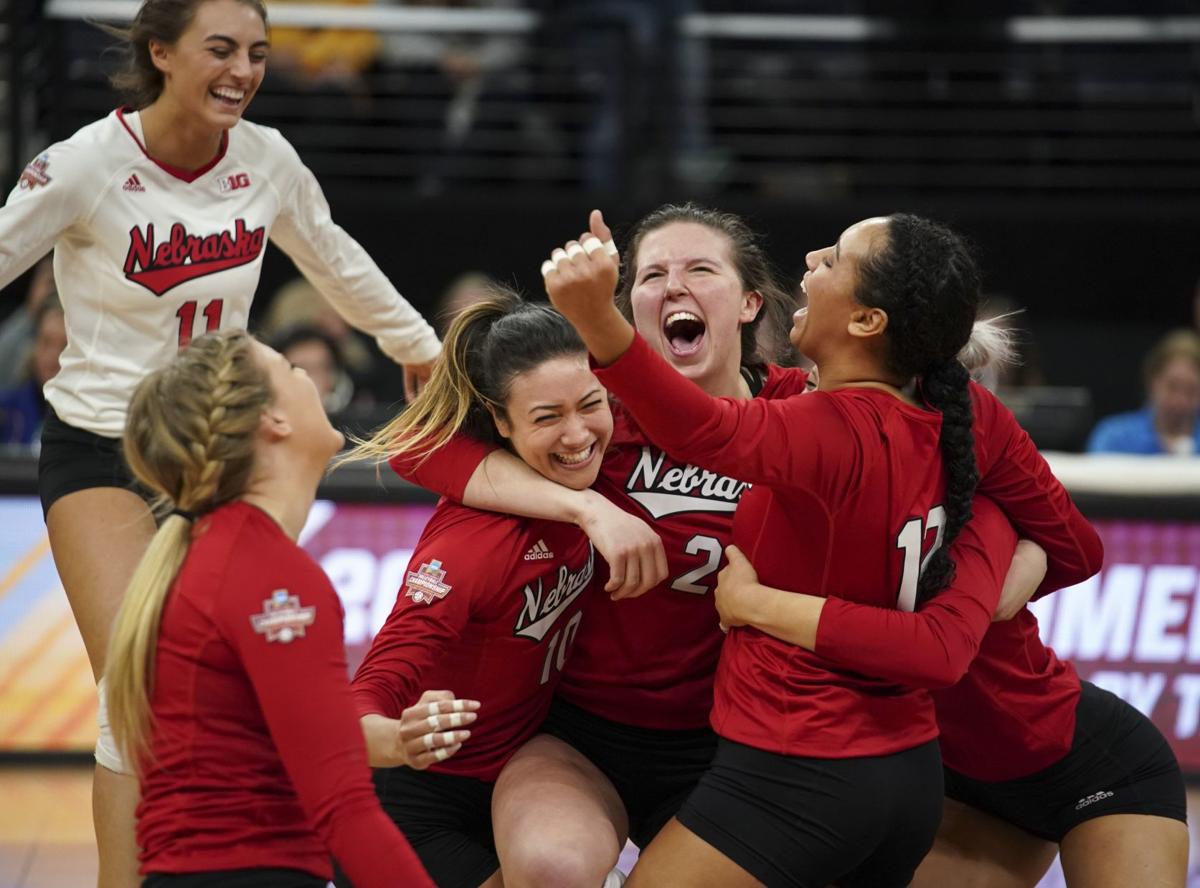 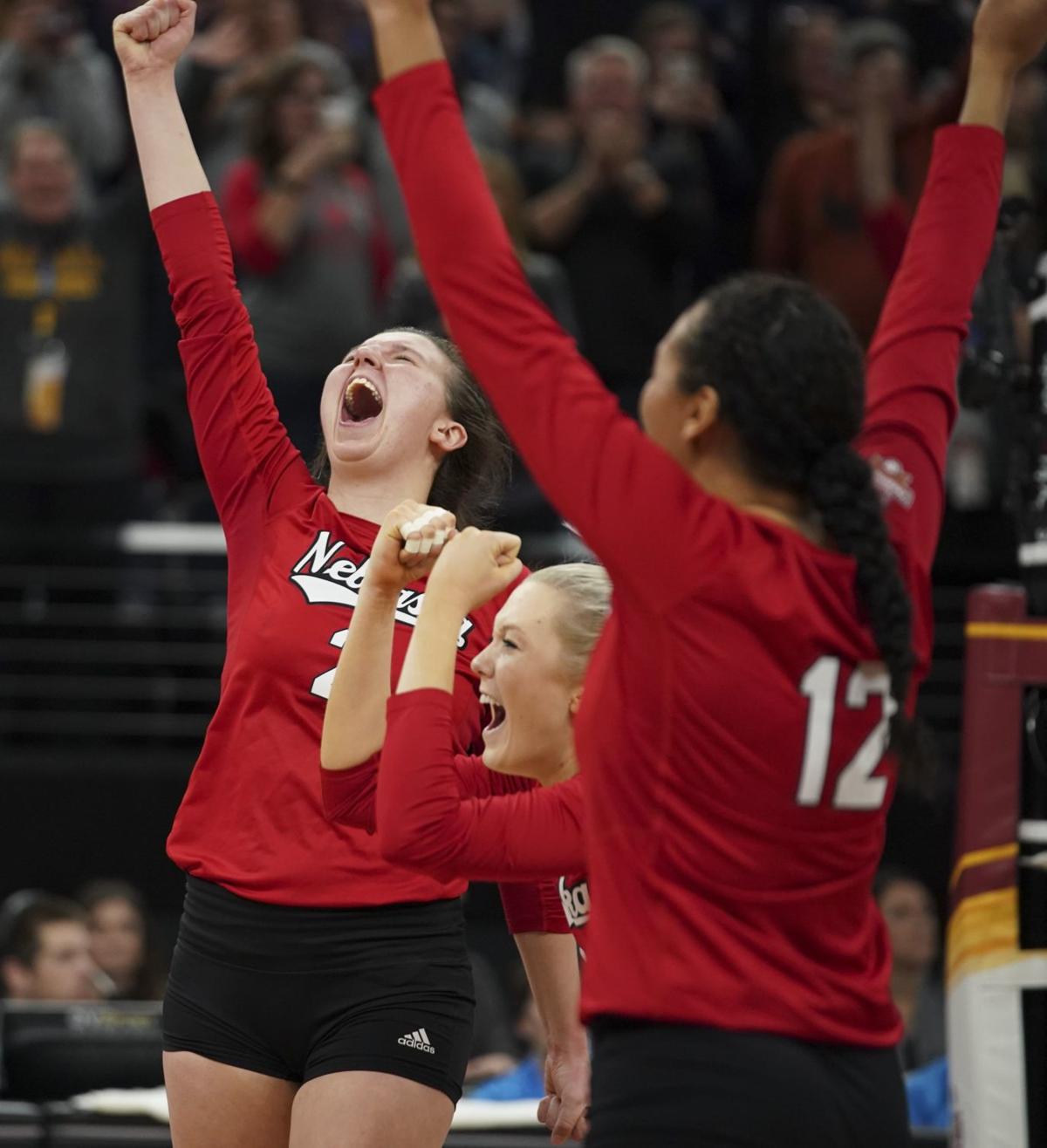 Nebraska's Mikaela Foecke had the winning shot Thursday night to give the Huskers a chance at another national championship.

No. 1 Stanford sweeps BYU in semifinal, Cardinal will face Nebraska in championship

Where Sun really struggled the first two, players like Callie Schwarzenbach completely stepped up and played amazing volleyball. Last night was a lot of fun to watch. Gettem Saturday Huskers!!!!!