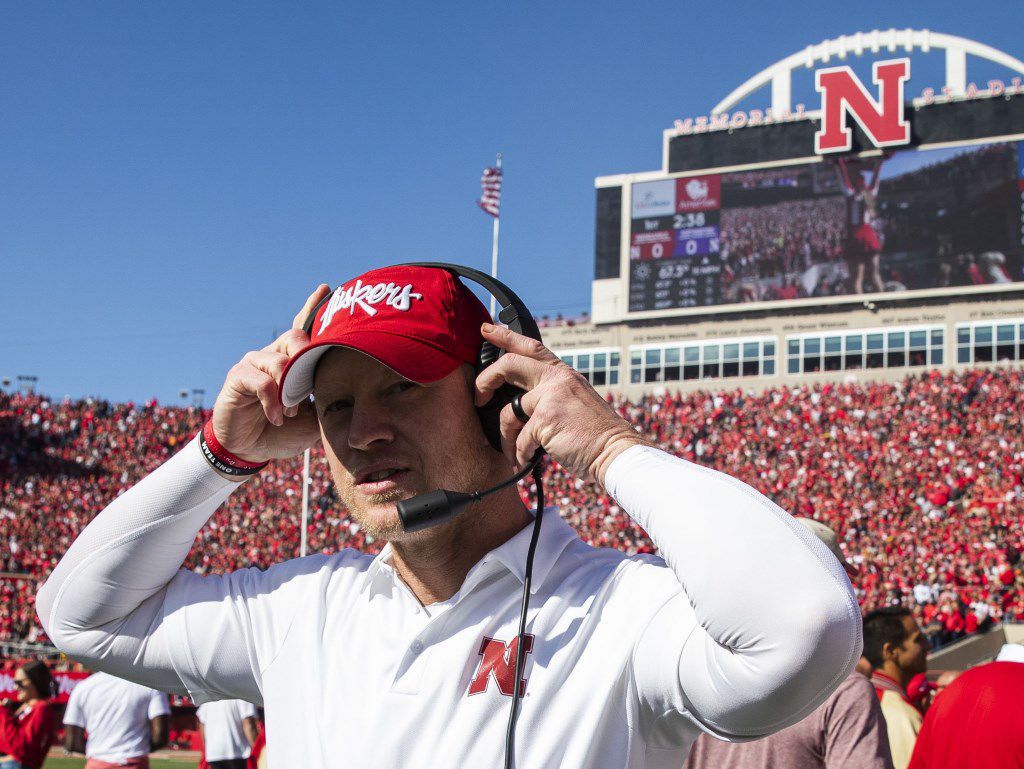 A 4-3 start, including lopsided losses to Ohio State and Minnesota, has brought more pressure on Scott Frost than many would have anticipated in his second season. 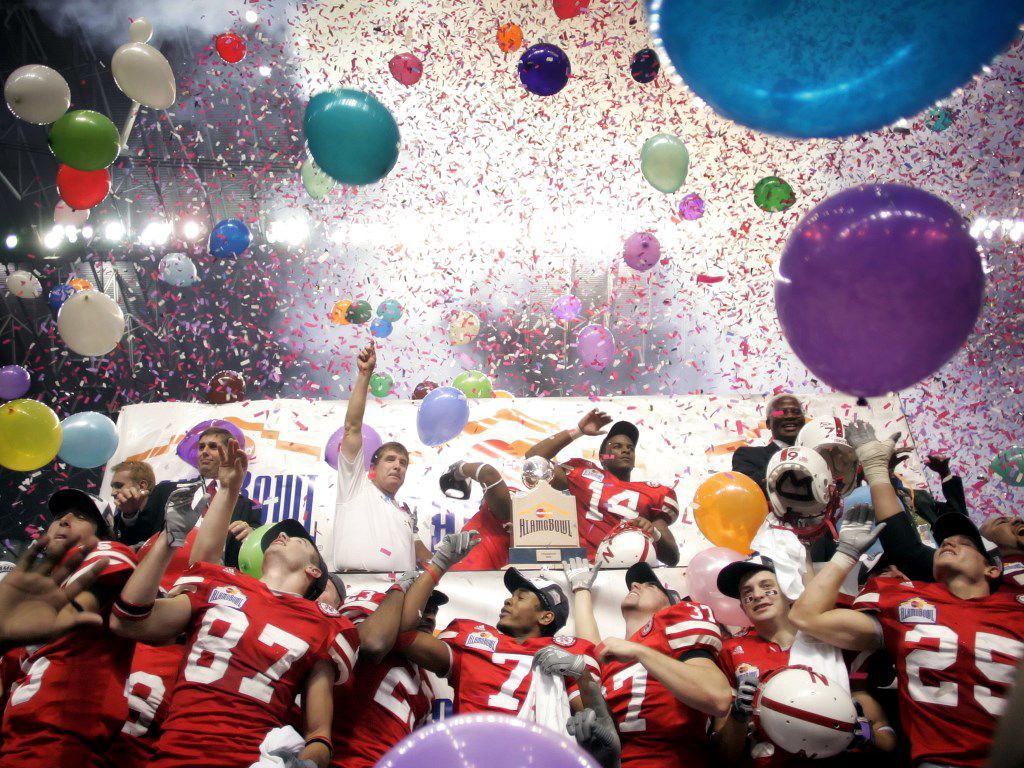 Bill Callahan hit a rough stretch in his second season with three straight losses, including a 40-15 debacle to Kansas. But the Huskers rebounded to win the final three games of the year. 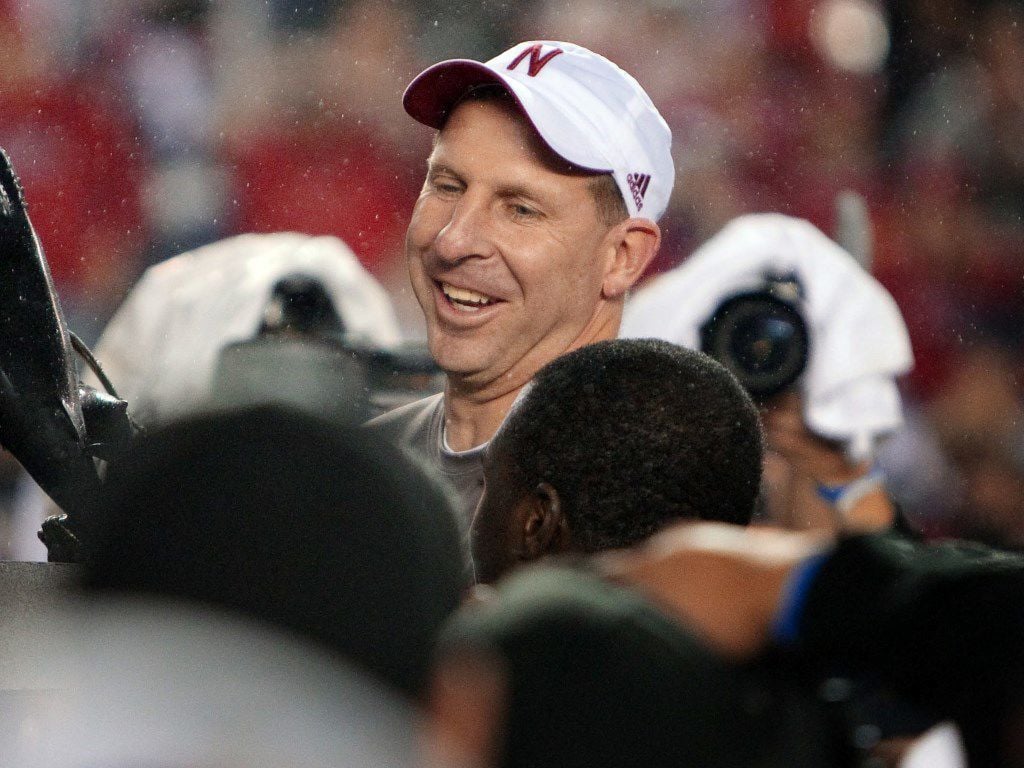 Despite a 4-3 start in his second season, Bo Pelini rattled off six victories over the final seven games to finish with a 10-win record.

Things are never as good or as bad as they seem. That’s an old coaching axiom, right?

It’s hard to believe after Nebraska’s beatdown at Minnesota. The offense sputtered. The defense caved. Hopes of playing for a division title in November all but disappeared.

In both cases, fans expected a big leap from Year 1, only to find their team drowning midseason.

For Callahan, rock bottom was a 40-15 loss at Kansas, which hadn’t beaten Nebraska since 1968. The Huskers fell to 5-4, inducing a statewide sense of panic.

At the time, World-Herald columnist Tom Shatel described it as “one of the most incredible, unthinkable afternoons of Big Red football you’ve ever seen.”

It was one thing to watch Callahan stumble through 2004, but embarrassments weren’t supposed to drag into ’05.

Jordan Congdon booted a 40-yard field goal to edge Kansas State. Then the Huskers went to Colorado as 17-point underdogs and “restored the order,” prompting Athletic Director Steve Pederson to boast, “This is why we did what we did.”

I know, you’re rolling your eyes now. But back then, trampling the Buffs in Boulder really meant something. And beating Colorado 30-3 — Zac Taylor played lights out — looked like a real turning point for the program.

Nebraska received an Alamo Bowl bid, where it rallied from 11 down in the fourth quarter to beat No. 20 Michigan.

“This win is going to catapult us,” defensive end Jay Moore said. “We’re just going to hit the ground running for next year.”

Suddenly, Bill Callahan could’ve run for Senate. (For our purpose today, there’s no need to rehash his downfall. After all, he is 1-0 as Redskins coach.)

Callahan’s experience is instructive, but Pelini’s Year 2 is even more similar to Frost’s Huskers.

Pelini, too, entered the season with loads of hype. A last-second loss at Virginia Tech stung, but Pelini was on the right track — thanks to a breakout performance at Missouri from Ndamukong Suh. Then momentum stopped. Back-to-back home losses to Texas Tech (31-10) and Iowa State (eight turnovers!) quickly changed perception.

At 4-3 — just like Frost — questions arose about Pelini’s fitness to fix Nebraska, especially the offense. A young World-Herald columnist wrote this post-Iowa State:

NU has staggered into a crisis of confidence that reaches beyond those seats and into its palatial locker room.

Walk arm-in-arm out of that tunnel all you want, as the Huskers did Saturday. Build a fortress around your sideline and preach Us Against The World.

But unless somebody steps up, takes responsibility and starts to restore belief in this offense, Nebraska will invent new ways to crumble.

Right now, there’s no one to trust in that huddle, no one to stop negative momentum, no one able to cross the goal line without fumbling.

The Huskers lack a lot of things — an All-Big 12 wideout, anyone? Near the top of the list, though, are intangible traits you don’t notice until they’re absent: poise, leadership, toughness.

Pelini tweaked the offense, dumping Shawn Watson’s three- and four-receiver spread for a Tom Osborne-inspired power attack — two tight ends and one fullback. He played the field position game and leaned on arguably the best Blackshirt defense of my lifetime. (Sorry, Jason Peter.)

The Huskers won ugly at Baylor, won uglier against Oklahoma and rolled through November, finishing 9-3 before a gut-punch loss to Texas in the Big 12 title game.

Nebraska came back strong, shutting out Nick Foles and Arizona in the Holiday Bowl 33-0. During the trophy ceremony, the coach boasted.

“Nebraska’s back and we’re here to stay.”

Frost isn’t Callahan. He isn’t Pelini, either. For Nebraska’s sake, hopefully he’ll be wiser and better than both.

But those predecessors knew the feeling of a midseason swoon in a season with so much potential. And they found a way to salvage Year 2.

A Husker rally in 2019 depends on better health, better offense and — perhaps most important — a sense of resolve. A drive to compete. But momentum can turn quickly. Beat Indiana and Purdue and suddenly 8-5 or 9-4 doesn’t seem implausible.

It’s probably too late to win the Big Ten West. It’s not too late to give Frost a running start for 2020.

Chatelain: How could everyone be so wrong about the 2019 Huskers? Ask the coach

Dirk writes stories and columns about Husker football in addition to covering general assignments and enterprise for The World-Herald. Follow him on Twitter @dirkchatelain. Phone: 402-444-1062.

I agree Bazookah!!! Shatel, Ruud, media, Chancellor and others sold out the program under Pelini and redemption is slow coming. (67-27, Reached 3 conf. championship games and woulda beat Texas if refs. had disallowed extra time for Texas) -- and we Husker fans don't like it when the elite Lincoln/Omaha vultures sell out the successful ones. Frost will still need to send some slackers down the road. (some starters) Frost understands that we fans can see the film replay and understand it when players fail to tackle and block and play hard all the time. GBR!!

@Doug M.--Appreciate and thanks for the kind words!

Good to see some good mentioned about Pelini and Callahan.

Maybe this bye week is starting to soak in for The Big Red, and a lot of good people connected with it.

"A Husker rally in 2019 depends on better health, better offense and — perhaps most important — a sense of resolve. A drive to compete."

Dirk must have gotten some real heat from NU for hanging Frost with Frost's own quotes. I think Dirk has a family to provide for so I can't really fault him for doing a 180. Don't bet your retirement money that Frost gets to 7 regular seasons wins.😊

Hopefully they can turn it around. It's difficult to write anything, when I can not be too constructive. Good luck Scott Callahan.

Love the Huskers and trust Frost-----BUT--comments like "we are who we are" and more---well who are we? A coach unwilling to adjust a per getting 2 TE's, FB as one more blocker at POA and option/power game due to inept offensive line right now (they will get better with time) --- may be showing a lack of ability to modify and win!

Husker target JD Martin, an offensive weapon, is ready to 'bring that juice' to his next destination