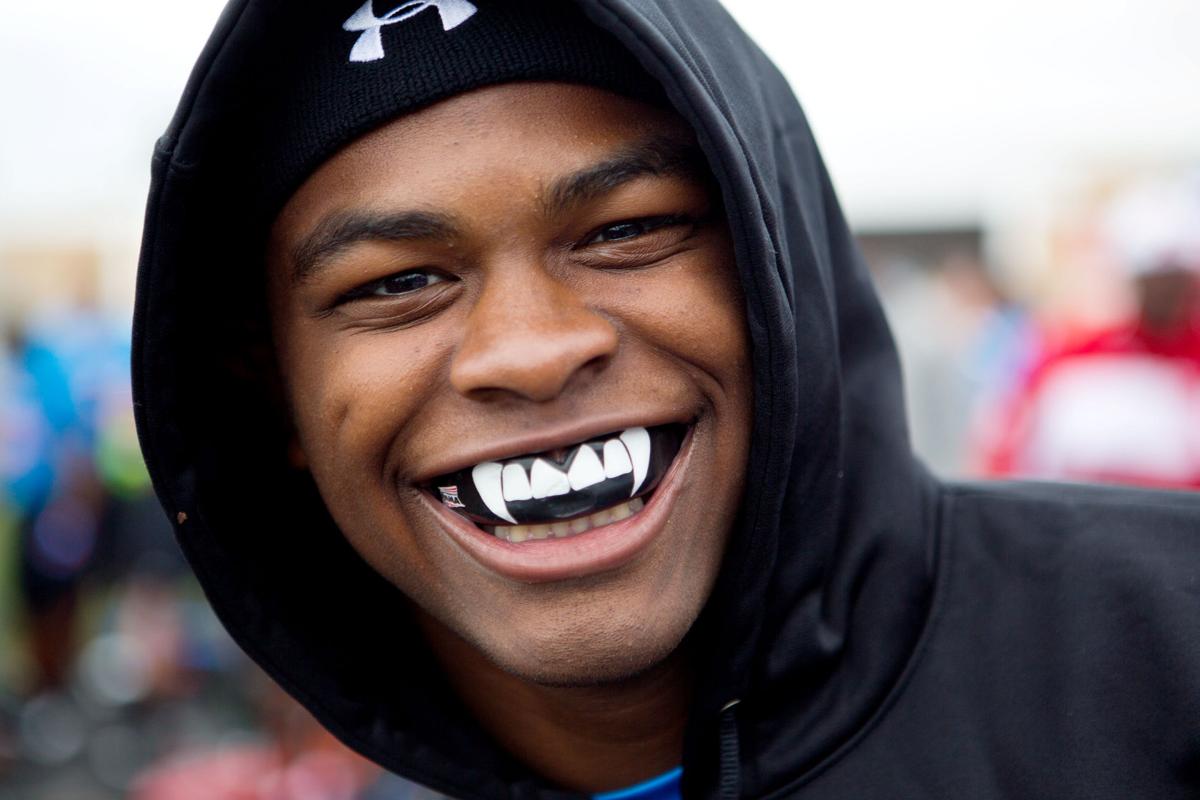 Eric Lee's parents are Nebraska graduates, and he’s been an NU fan since childhood. 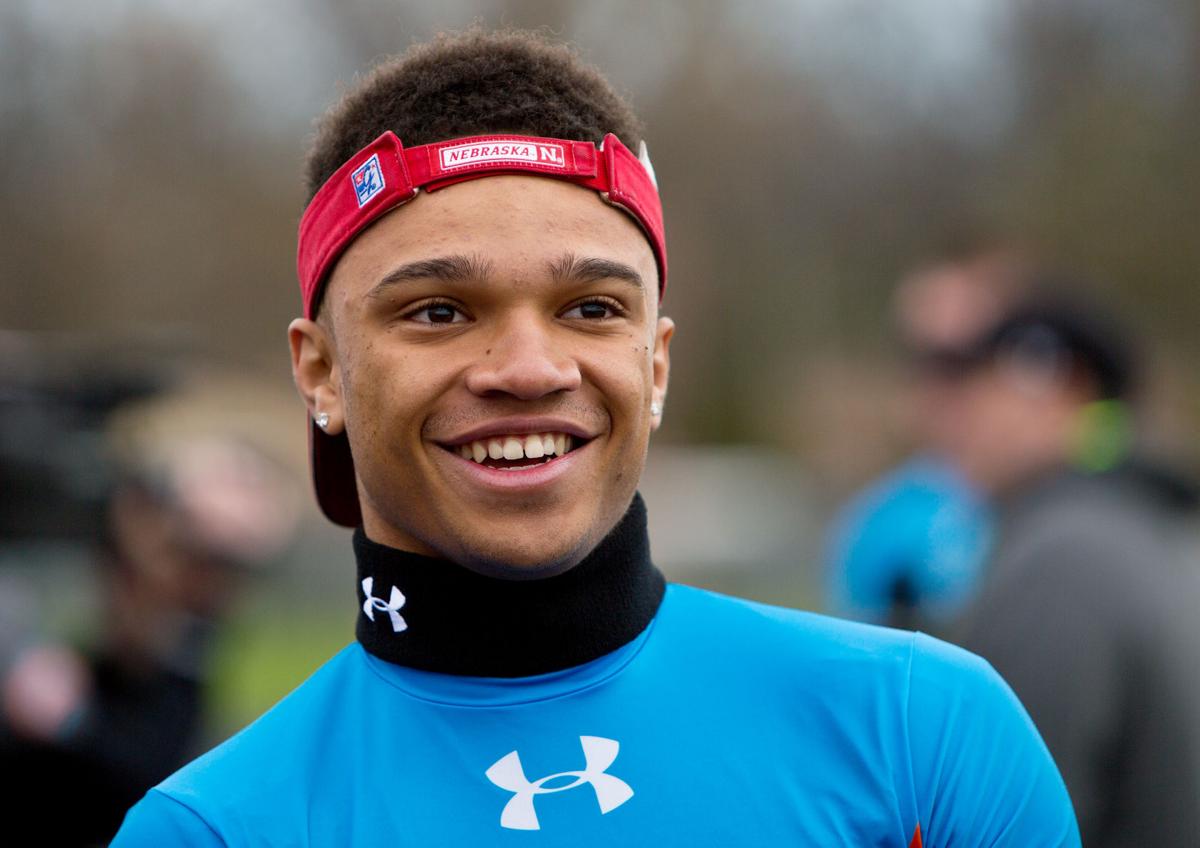 Eric Lee's parents are Nebraska graduates, and he’s been an NU fan since childhood.

LINCOLN — Everybody gets to eat. That’s a phrase the dads used to help turn a mild rivalry between the two best 2015 prospects in Colorado into one big family, a deep friendship and a giant boost for Nebraska football.

If ever there were a moment where competition between defensive backs Avery Anderson and Eric Lee — who start classes Monday in Lincoln as new roommates and Husker teammates — got too spirited, Killjan Anderson and Dr. Eric Lee Sr. might toss out that line. Everybody gets to eat. Don’t get too caught up in your own stats. Don’t read too much into your own press.

It would have been easy to do it. Both are four-star recruits. Both had a truckload of major offers before their junior seasons. Both made the Denver Post’s All-Colorado team in 2014 and postseason all-star games outside the state. Both were on top high school teams in Colorado. Anderson won back-to-back Class 4A state titles at Colorado Springs Pine Creek. Lee won three state titles — and fell one point short of four — at Valor Christian.

“Be appreciative that you have a very good friend who’s a phenomenal kid and a great football player,” Killjan “Kill” Anderson said.

“They just fit together really well as kids, and they both offer something the other doesn’t,” Eric Lee Sr. said.

So before the sun rose on Friday, Avery, with his mom Angela and sister Asia, drove up from Colorado Springs to the Lees’ house near Denver. They drove together to Lincoln. Kill Anderson, who had work in Chicago, drove in from the East. A frigid day to start moving in, but one both families had prepared for a while to do.

“The last week a calm came over me,” Kill Anderson said. “Avery’s really ready. We’re going to miss him terribly — he’s my pal, right? But, at the same time, I’m really excited about him going out there and taking a cut at it.”

Eric will be taking the cuts right with him.

They’re different players. They know it, and their dads know it. Even if they eventually play the same position — corner — in college, they have specific skills that complement each other.

“The things he’s good at, I’m weaker at,” Avery said. “We help each other — and grow together.”

Avery sees the game like a safety or a nickel would. Turn on the tape and watch him accelerate full speed on running plays to punish the ball carrier. Think former Husker nickel Eric Hagg.

“I try to be the person laying — not taking — the hits,” Avery said. “Defensive guys should have a little chip on their shoulders.”

Eric is “real sticky” in coverage, Avery said. Slightly stockier. Aggressive at the line. A polished technician for his age who was coached in high school by former NFL star Brian Dawkins. He locks in — and locks down.

“Avery’s the guy on the field who barks out all the orders to make sure everybody’s moving in the right direction,” Eric Lee Sr. said. “Eric’s the guy who points and says, ‘You want me to shut him down? I got that.’ ”

For years, they battled to be the top 2015 prospect in Colorado. Eric finished No. 1; his pure corner skills were valued highly by scouts. But in February 2013 — their sophomore years — it was Avery, not Eric, who got the first offer, to Wyoming.

A few weeks after that offer, the two attended the same Rivals camp in Phoenix. They’d met at a 7-on-7 event in Colorado, but they’d get to know each other better in Phoenix.

The families went to dinner and the dads hit it off immediately. They belonged to the same fraternity in college — Kappa Alpha Psi. They had lived in a variety of places — Kill, who spent more than 20 years in the Air Force, lived in Japan and England — and both had standout sons playing football.

“It’s just been a really cool journey,” Kill Anderson said. “We both agreed to navigate this journey together — to learn from each other.”

Avery committed to Arizona State — Phoenix was another place that the family lived — in April 2013. Eric didn’t get his first offer until June — at Colorado. Dad was excited, but he also looked at his wife, Dana. “We were incredibly excited that somebody was going to pay for his college — and he’d get to play football — but we were also looking at each other thinking, ‘My God, please take off that T-shirt.’ ”

The couple were Nebraska grads. Eric Lee Sr. got his doctorate at UNL; Dana graduated from UNL’s School of Architecture. He also worked at UNL in a variety of roles for six years while he got his Ph.D.

Even after the family later moved to Boston and then Colorado, young Eric was a Nebraska fan right from the start.

“It was the first team I knew,” Eric said. “I feel like I’ve always been around that Nebraska culture. It’s a school I’ve idolized for such a long time. I tried to take as much bias out of the process as I could, but, at the end of day, Nebraska just lined up.”

And Eric lined up for the Huskers. A few weeks after the Colorado offer, he attended Nebraska’s camp for one day and got an NU offer. Avery stayed committed to the Sun Devils through the 2013 football season, but in February 2014, he and Eric traveled to Lincoln for an unofficial visit on junior weekend. Avery got an offer from Charlton Warren, who’d just taken the NU defensive backs job after being Air Force’s defensive coordinator. Kill Anderson, who worked at the academy as a senior adviser to the military installation commander, knew of Warren’s strong reputation.

“I was happy to hand off Avery to him,” Kill Anderson said.

Eric committed to Nebraska on Feb. 1. Avery followed suit Feb. 2. By spring, they had decided they’d graduate and enroll early, so they took summer school classes at Avery’s high school. Eric stayed with Avery’s family. He would attend classes in the morning, make the hour-long drive to Valor in the afternoon for offseason workouts and practice, drive back to Avery’s house in Colorado Springs and eat dinner with the Andersons. He did that for a month.

“It’s a testament to how hard Eric works,” Kill Anderson said. “He’s a part of our family — and Avery’s a part of theirs.”

Though they signed grant-in-aid papers with NU in August — binding the Huskers, though not the players, to a scholarship — and watched Husker games in Colorado Springs with the Coloradoans for Nebraska group, this one big family had tough choices to make by December, when coach Bo Pelini was fired. It wasn’t a total stunner — “he’d always been on the hot seat at the end of the season,” Eric said — but it could have been a game-changer. Many of the schools that had recruited Avery and Eric before called — and fast.

“It was a critical point,” Eric Lee Sr. said.

“The wolves were at the door,” Kill Anderson joked.

Once Riley took the job — five days after Pelini was fired — several coaches called from other teams and said, if the two stuck with Nebraska, they’d be in a great situation because of Riley.

“The competition advocated for Coach Riley — and Avery paid attention to that,” Kill Anderson said.

Riley visited Eric and Avery in their homes before he visited any other prospects. Eric on Dec. 8. Avery on Dec. 9. Riley’s pitch to Avery actually started with a long talk with Avery’s younger sister, Asia.

By the end of the second night, the families talked: Would they take visits to other schools or choose to stick with Nebraska — whether Warren was retained or not?

They picked the Huskers.

Here comes the competition. For the first time, two good friends will be on the same team together. They enrolled early to take an early shot at playing time; neither is shy about that. What if both are competing for the same spot, the same practice reps, the same snaps on the field? It may happen. Eric and Avery will try to remember their dads’ advice: Everybody gets to eat.

“It’ll be fine between him and I,” Avery said. “We’ll definitely go all out, but whoever would win the job would win it.”

Recruiting rundown: A look at the Huskers' top targets as signing day approaches

Ready for the race to signing day? Mike Riley and his new staff got some work done before the NCAA-mandated dead period — which lifts this week after the national title game — but they’ll really hit the ground running for the last three weeks before the Feb. 4 signing day.

Kaiwan Lewis, a regular contributor at linebacker for South Carolina, is transferring from the Gamecocks, and Nebraska is a possible landing spot.

Nebraska's razor-thin depth at linebacker could get a boost by a graduate transfer. Kaiwan Lewis, who just finished his junior year at South Carolina, expects to graduate with his criminal justice degree after this semester, and chosen to play his final season for a team other than the Gamecocks.

Recruiting: With staff spread nationwide, who are Huskers targeting?

The NCAA-mandated dead period in recruiting ended Thursday morning, and you don't have to wonder where Nebraska's football coaches are going. Mike Riley is going to tell you.