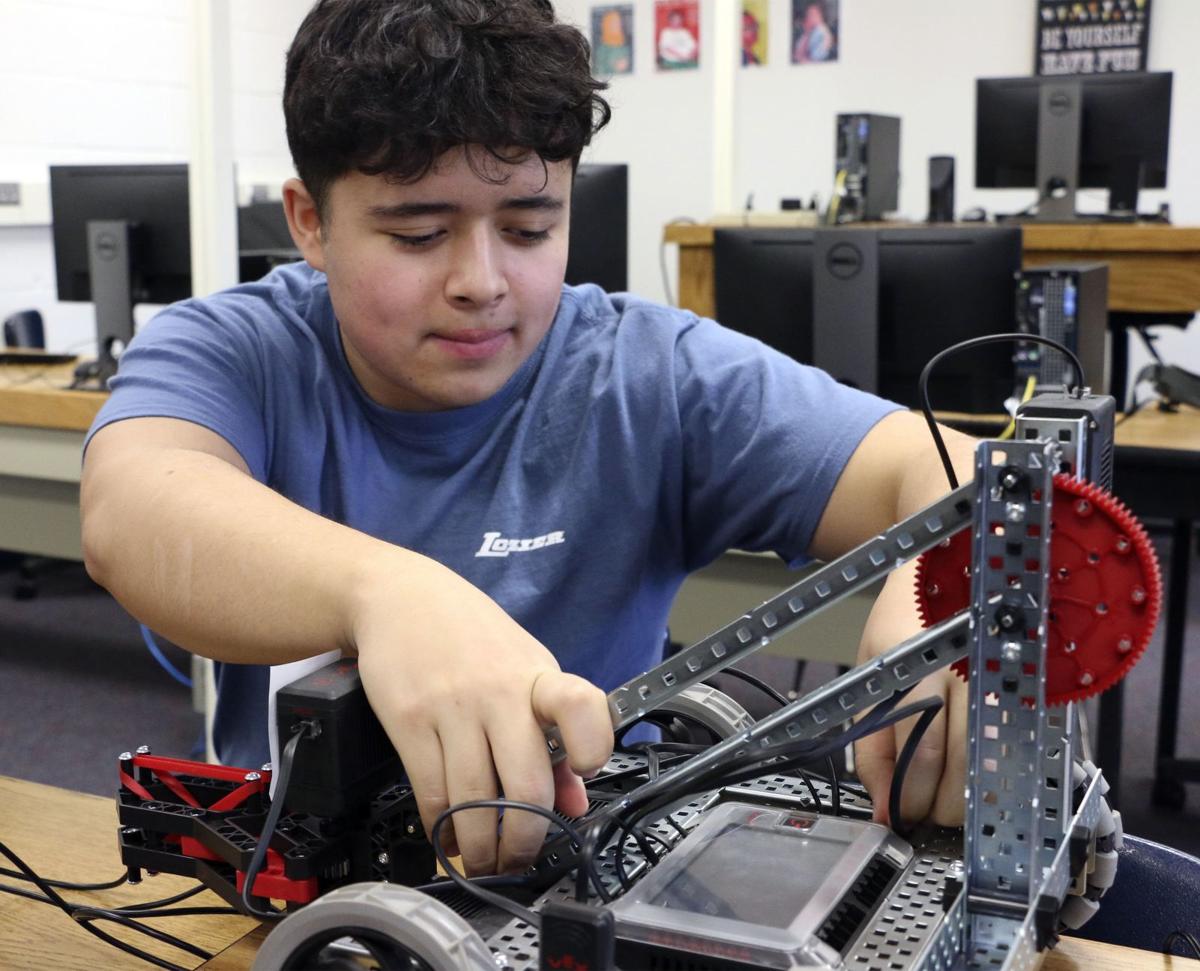 Ralston High School junior Edgar Wisniewski works to program a robot during a Robotics Club meeting Jan. 15 a the school. 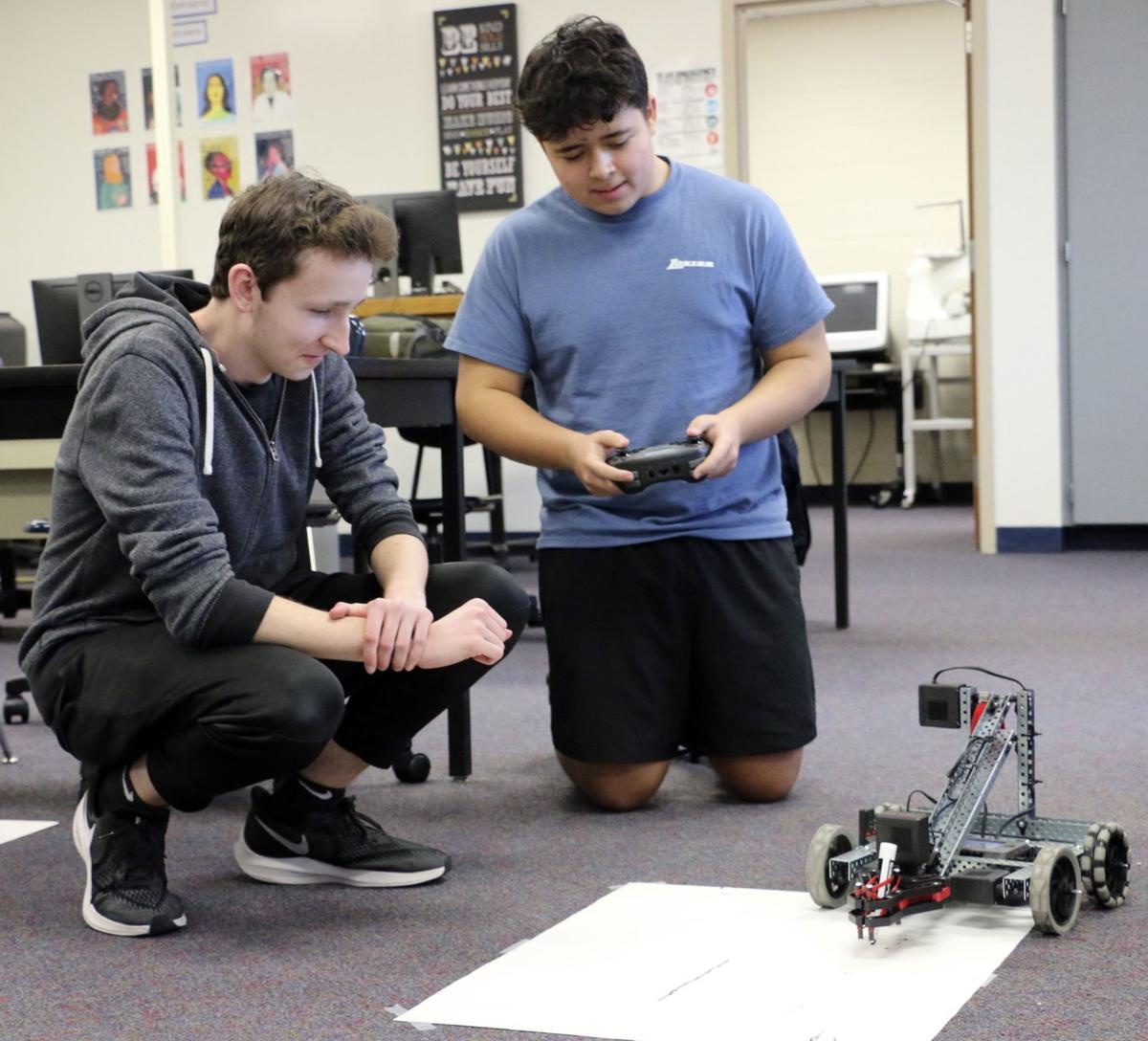 Ralston High School junior Edgar Wisniewski works to program a robot during a Robotics Club meeting Jan. 15 a the school.

Ralston High School students drew with markers last week, but not without the help of robots, of course.

The RHS Robotics Club has been working with two Vex Clawbots, which are robots from a foundational robotics kit in the VEX Robotics Design System, aimed to help students learn the fundamentals of robotics.

And each week, members of the club get a little more comfortable using the technology.

Their latest challenge was programming the robots to draw a smiley face and a world map using the robot.

In its second year, the club got two Vex Clawbots and spent about three weeks building them.

“It’s important for them to learn how computers work with the hardware and put it all together,” Bay said.

Now that the robots are up and running, the club of about 10 students works to code and program them during its weekly meetings, which is open to anyone interested in technology.

“We want everyone,” Bay said.

Regardless of experience, Bay said he will welcome students from all grade levels to join.

“There are a lot of benefits to learning about robotics,” he said.

“The first is working with your hands, which is a good skill for anybody to have.”

Bay also said it is a way to introduce students to the ways of the future.

“When you look at manufacturing and the medical field, pretty much everywhere you look, robots are starting to become more and more prevalent,” he said.

“And as our society changes, students are going to need to be more technologically literate.”

He even encourages students who aren’t technologically inclined to attend meetings, Bay said.

“If nothing else, it’s a lot of problem solving. Even if they don’t love robotics, just the problem solving of computer programming and building is a good thing for them to have.”

In the future, Bay hopes the club can compete in Vex Clawbot competitions, but before that happens, they’ll need more equipment, he said.

“We’re getting some young students interested and hopefully we can keep it growing and build to the point where we can actually get some competitions going,” Bay said.

Until then students will continue to work with the robots.

Next, the club will try to program the robots to run automatically so students don’t need to control their movements.

Bay said one of his favorite parts of co-sponsoring the club is getting to know his students on a deeper level.

“My favorite part is working with these students. To actually get to interact with them outside of class in a little more informal way has been really fun,” he said.

“I get to see them be creative in ways they don’t necessarily get to in a core class.”