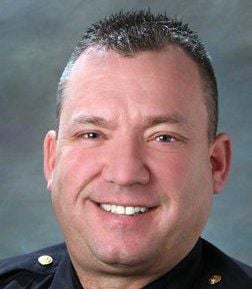 The Ralston Police Department is back at full strength with a staff of 14 officers and saw several improvements, according to its annual report.

The report covered the 2019 calendar year.

RPD Chief Marc Leonardo said in an interview the department was short two officers for three months and then had another eight months where field training officers were tied up training new recruits.

The department was back to full staff in November 2019 and everyone was able to go out on their own with three officers on each shift.

Leonardo said at the March 3 City Council meeting that training continues to be a cornerstone of the department.

“The better trained officer you have, you know they are going to be able to do their job and protect the citizens of this city,” he said.

The deputy chief is in charge of officer training, but Leonardo said he pushes him every year to find different topics to incorporate.

Leonardo said particular topics he has been pushing for are people in crisis and de-escalation techniques.

“A lot of stories make the news for the bad when something happens when an officer uses force against someone,” Leonardo said.

“Yes, we want our officers to be trained in use of force, but we also want to try to get it across to them that there might be other ways to handle situations.”

Leonardo said there is no reason behind which crimes increase or decrease year to year.

Of the 127 property damage and personal injury accidents combined, around 68% of them occurred on or near the city’s perimeter thoroughfares of 72nd, 84th and Harrison Streets.

The most common traffic citations written were expired or no plates at 255, followed by speeding violations at 187 and no driver’s license at 106.

Special attentions, which include patrols of areas brought to the department’s attention through resident complaints or increased levels of calls for service, increased by 25% from last year.

Red tags on vehicles or property in violation of city ordinances were not issued in the latter half of 2019 due to an update in city ordinance, but there was still a 61% increase of red tags issued compared to 2018.

RPD is changing its reference management system to more accurately reflect the number of calls it respond to. In 2019, RPD responded to 6,082 calls for service.

A call for service will now include every time an officer responds to a call, makes contact with a citizen, checks a business, writes red tags, blue tags or parking tickets, does school patrols or conducts any special attentions.