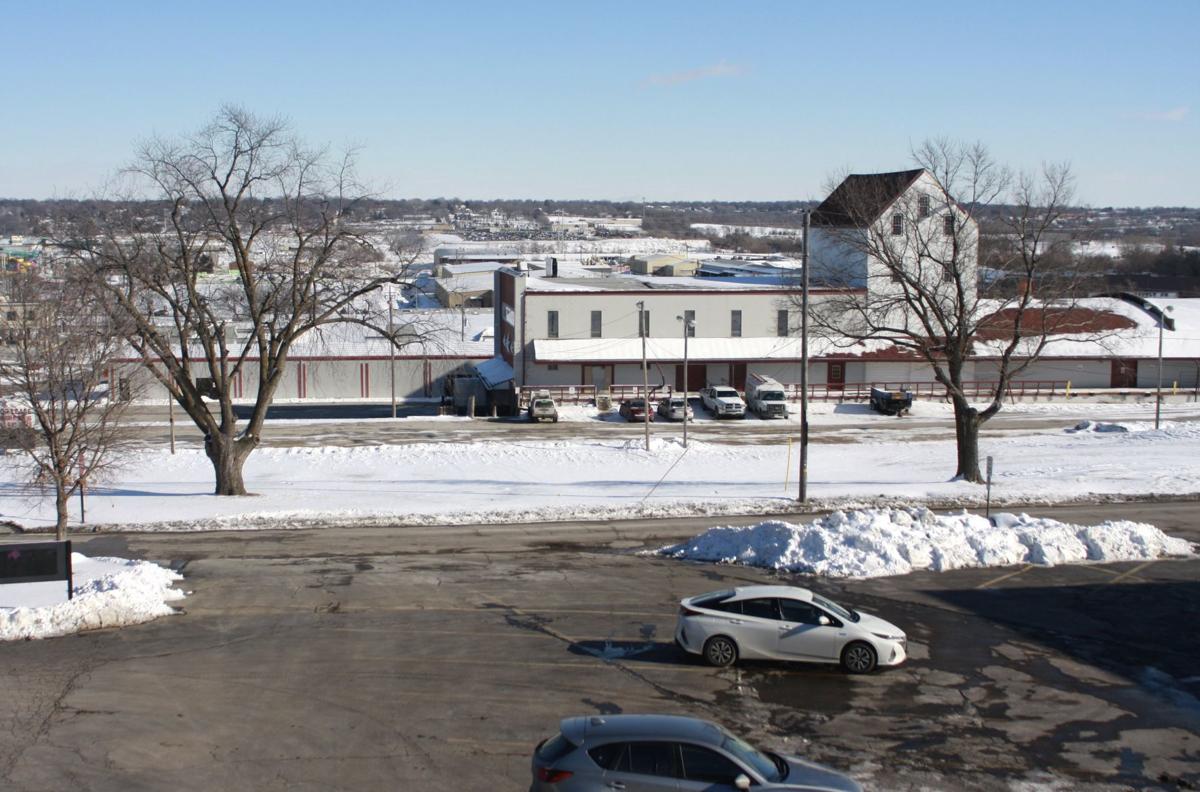 A view from Hillcrest Landing, looking east, at the Old Ralston Granary and the Hinge area. 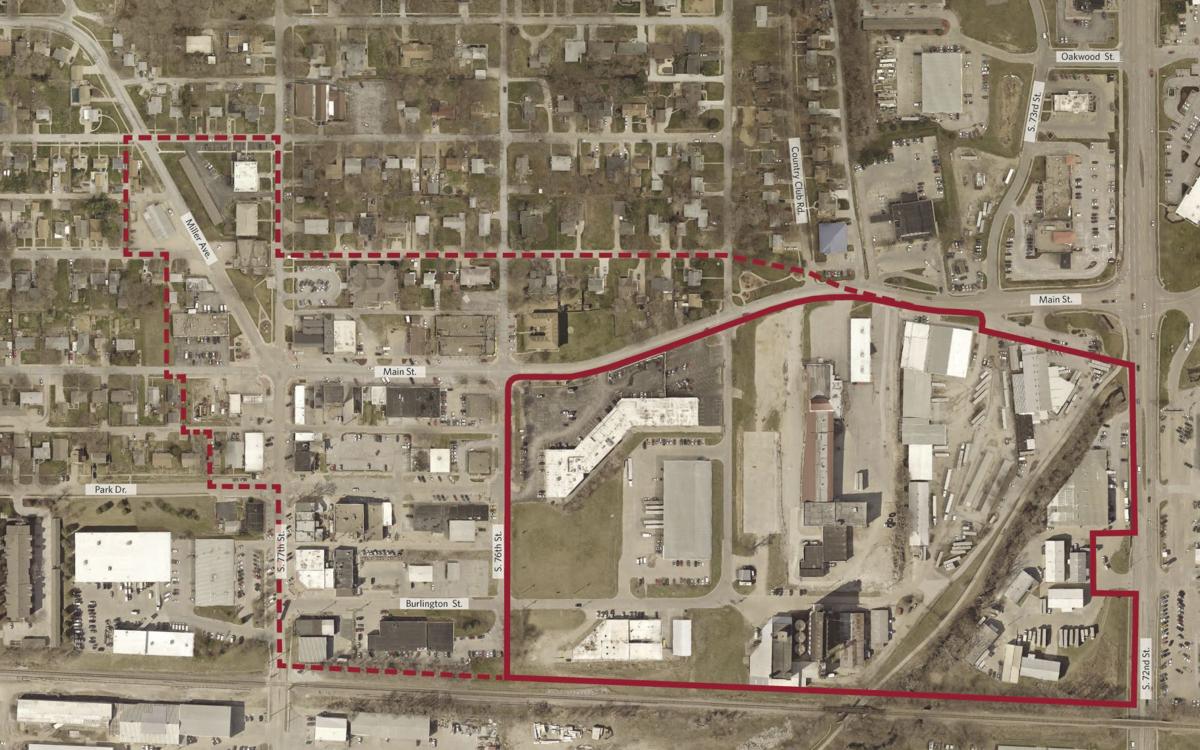 The Hinge area is outlined in red, while downtown Ralston is outlined with the dotted line.

When dozens of Ralston’s civic, business and government leaders braved the snow and wind to meet in the Ralston Arena’s Side Room and Lounge Jan. 22, a theme emerged from their discussions about what the city’s next economic development project represented.

A chance to re-brand the city.

The leaders were there to discuss the Hinge project, an economic development vision to develop the area around 72nd and Main Streets so it serves as a connection between the arena and the city’s downtown. The idea came out of the city’s 10-year comprehensive plan it completed in 2014 and it included mixed-use developments, entertainment and dining areas.

As those leaders identified and ranked the strengths, weaknesses, opportunities and threats of the Hinge, a theme emerged. They viewed Ralston as a place with a strong sense of community and small-town appeal, with a prized library and a hidden gem of a downtown with untapped potential, all in a centralized location in the metro area.

The problem was the rest of the metro area either wasn’t aware of that identity because the charm isn’t easily viewable to drivers on busy commuter arteries like 72nd and 84th Streets, and the city was more well known for the stigma of a struggling arena.

The Hinge, they felt, represented an opportunity to draw more of those commuters, concertgoers and hockey fans into the heart of their unique city.

“We’ve talked about branding and we’ve talked about finding an identity that would be unique,” Mayor Don Groesser said after the meeting. “I think that’s what we’re looking to do and they really proved that tonight.”

While the vision isn’t final, “walkable,” “mixed-use,” “water feature,” “multi-family residential” and “walking trails” were frequent phrases tossed around to describe characteristics and features the Hinge should possess.

Multiple people suggested connecting Burlington Street, which is two blocks south of Main Street, with 72nd Street to add another entry point into the city. Green spaces, a brewery in the city’s granary, condos, a recreation center, a shuttle system and a grocery store were also broached. One group envisioned a corporate headquarters moving in.

Downtown, while not included in the Hinge area, will play a role as well, as city leaders hope to draw more retail and dining options downtown to balance out the service businesses and fill in empty storefronts. A couple groups at the meeting suggested moving the fire department to allow for more retail.

“I realize there’s a lot of empty lots and spaces and empty buildings, but we have to really figure out a plan to make that happen,” Groesser said. “And that gets back to the branding of what do we want. What people do we want to draw?”

All of that insight will go into the plan HDR Engineering Inc. is helping develop, which is scheduled to be completed this spring. The city hired HDR last July for $145,000.

The plan isn’t without its challenges. The cost of acquiring the properties that make up a large portion of the Hinge area may be prohibitive or the owners may not be willing to sell and relocate. There’s also competition from similar developments like Aksarben Village and Benson in Omaha and City Centre, which is currently under construction in La Vista.

Tax increment financing could be used as an incentive and the portion of the city north of the train tracks, including the Hinge area, was declared a Qualified Opportunity Zone, which will provide capital gains tax deferments to investments in the area.

Groesser said one strategy city leaders may adopt if the light industrial properties that make up the eastern portion of the Hinge aren’t available is to focus on the downtown and properties on the western edge of the Hinge like Hillcrest Landing. Once those are developed, it could make the other properties that much more appealing, he said.