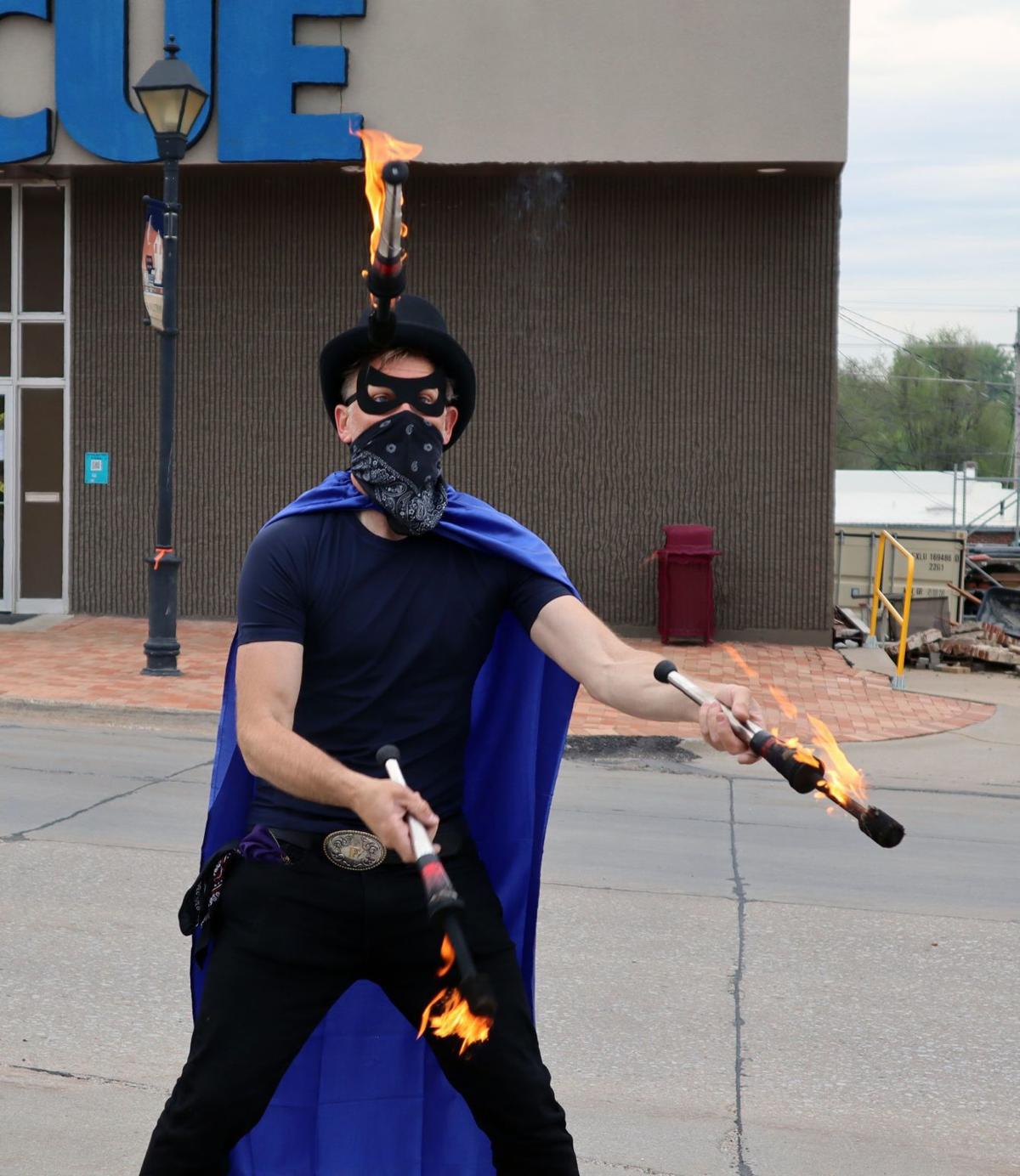 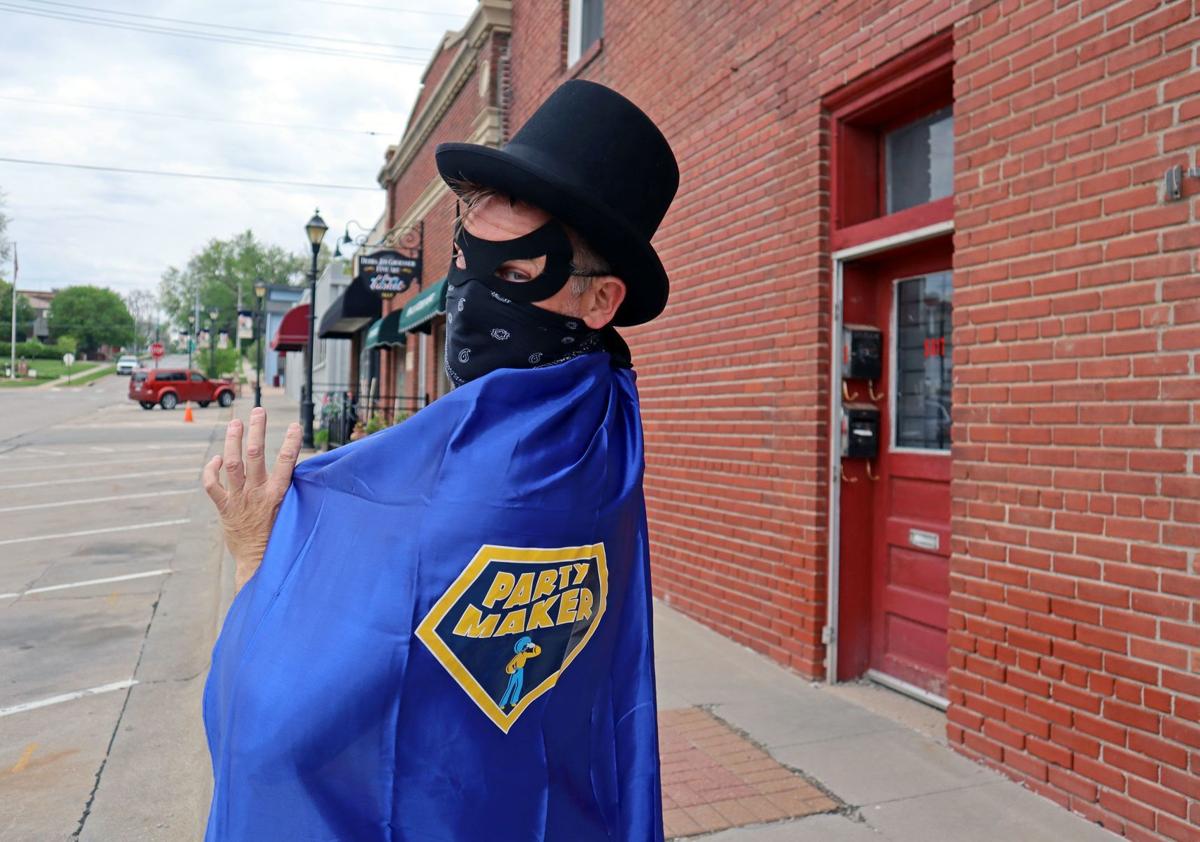 Arthur Fratelli runs Door Step Magician, a superhero-themed contact-free entertainment service. The public can book him or other performers to bring a show to their driveway, backyard or doorstep.

Arthur Fratelli runs Door Step Magician, a superhero-themed contact-free entertainment service. The public can book him or other performers to bring a show to their driveway, backyard or doorstep.

When the coronavirus pushed Nebraskans into quarantine, magician Arthur Fratelli’s shows were vanishing left and right.

Fratelli could no longer count on income from big events he had lined up, like Bellevue West High School’s post-prom and several other high schools as well. With five children’s mouths to feed, he knew he needed to act fast to find work.

He noticed other live entertainers were trying virtual shows, but with famous magicians like David Blaine as his competition online, Fratelli wanted to somehow continue in-person performances.

Then — Poof! came the big idea.

Fratelli created Door Step Magician, a superhero-themed contact-free family entertainment service that travels to homes in the metro area. He performs a magic show in customer’s driveways, backyards or doorsteps.

At first he offered a few free shows to see what people thought of the concept. It went well, so he got a handful of other acts on board to join and started spreading the word online.

Along with magic, people can order singing telegrams, a giant chicken who dances to the chicken dance and Cupid to come apologize for what someone said during quarantine. Fratelli said these are great ways to embarrass a coworker or say “happy birthday” while social distancing.

He said he hopes to crack a smile on people’s faces during this time of uncertainty.

Transitioning from an on-stage show to one that works 6 feet away was challenging, Fratelli said. Nearly every trick he normally uses involved some kind of audience interaction.

“I've had to rethink basically the entire show,” Fratelli said. “It's been a lot of work.”

He now owns a 10-foot telescopic pole to hand volunteers objects with, but most of his reworked set is centered around visuals.

Now, he has several tricks up his sleeve that work from a distance. The Door Step Magician’s signature move is the “Flying Guillotine of Danger,” where he pops a balloon by throwing a playing card at it, shooting out confetti. Fratelli said children love to film it then watch it back in slow motion.

He’s newly incorporated yo-yo tricks. Fratelli’s also juggling fire, which he previously couldn’t do much since his shows were often indoors.

“The other day I was literally chasing my props three houses down,” Fratelli said laughing.

Though Mother Nature doesn’t always corporate, Fratelli said he intends to keep his company going long after everyday life resumes on top of his typical bookings. And, once social distance guidelines are relaxed, he intends to add a few more services like airbrush tattoos.

Fratelli said he’s been passionate about magic ever since he saw his first show at the Ralston Public Library.

“Had I not seen that live performance, I wouldn't have checked out a library book and have been interested in ever since then,” Fratelli said. “I hope that I could be a catalyst for someone to crack open a book or to learn a skill.”

Door Step Magician, he said, is just another way Fratelli can continue his 22 years working full-time doing what he loves most.

Those interested in booking a show should call 402-597-2579 or email doorstepmagician@gmail.com.