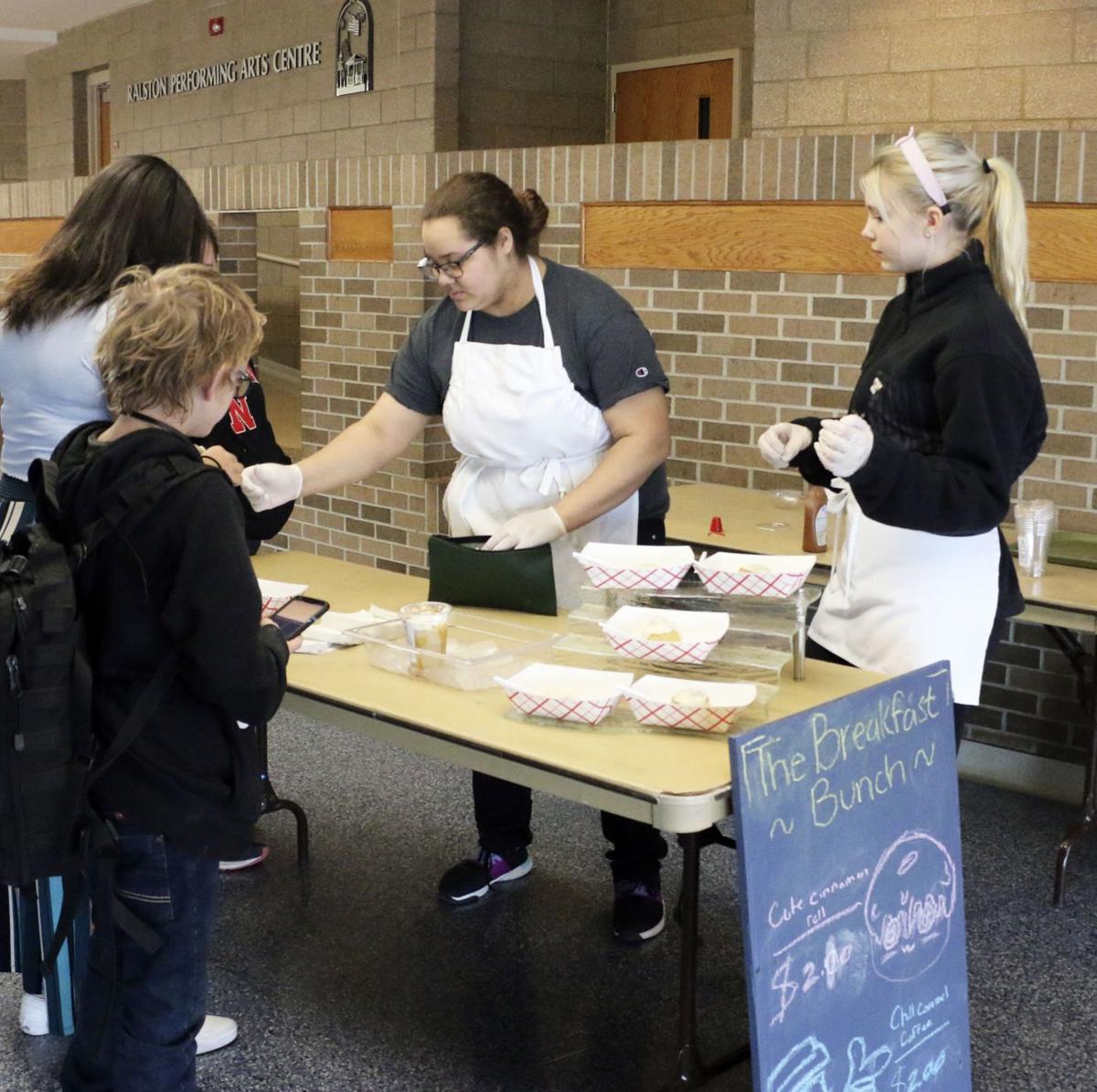 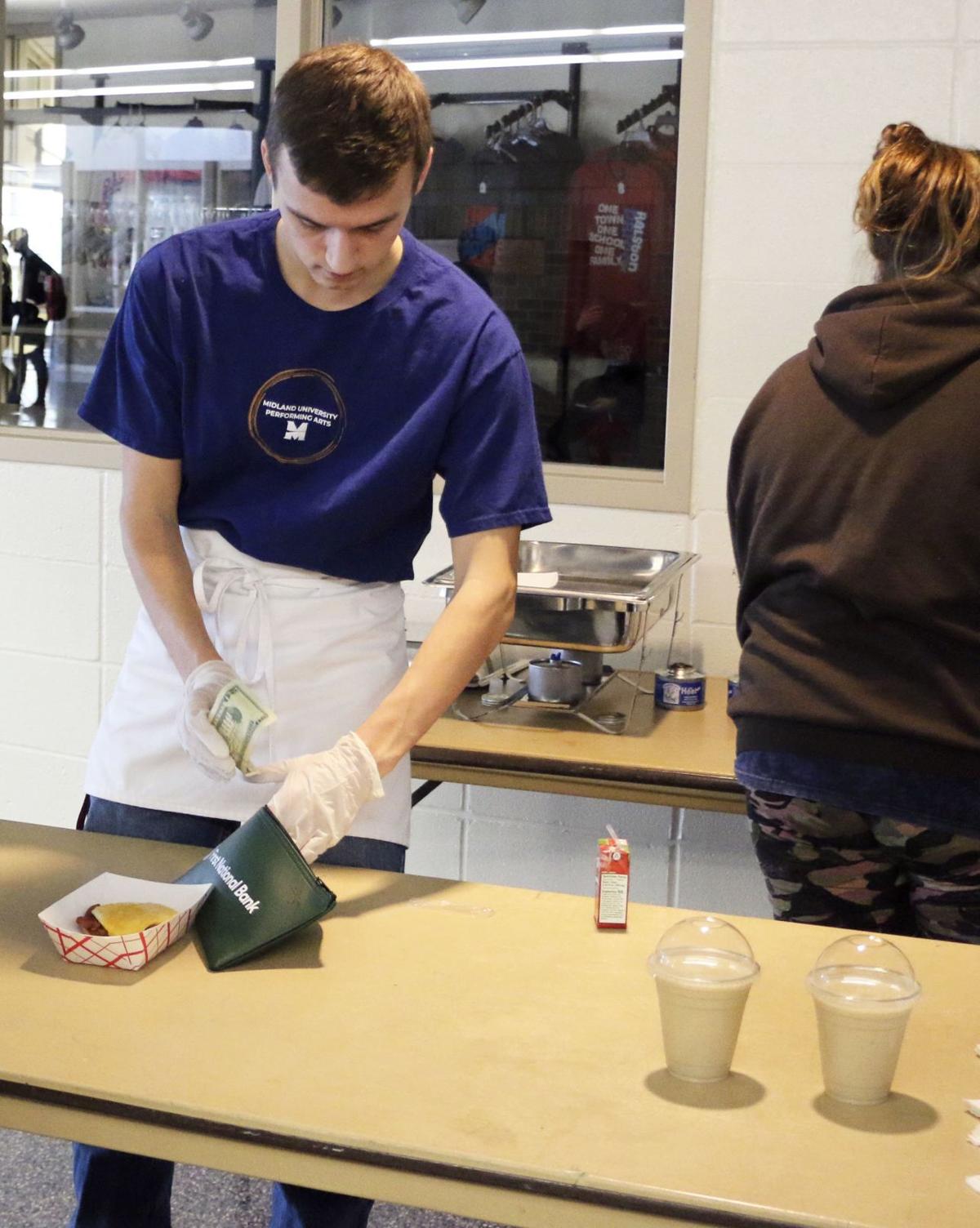 The smell of fresh breakfast and coffee filled the halls as Ralston High School students got a delicious start to their day.

On March 4, before school, Culinary I students hosted a “food truck rally” at the school where they made food and sold it to their peers.

For the project, the class split into four teams made up of two to four students. Each team created its own breakfast menu.

Over the course of a little over a week, students planned out their menu, advertised their “food truck,” set prices and made the food.

Culinary Academy Teacher Christi Krist said the project was aimed at helping students get a feel for the restaurant industry.

“Rather than open up a full-time restaurant, we decided to do pop-up food trucks because of the pop-up craze that’s happening all over,” Krist said. “We wanted to capitalize on that.”

Krist said she plans to do this project with her students once a quarter.

“It helps them understand what goes into the business end of selling food,” she said. “There’s a lot more than just putting a product out. Is it going to sell? Is it going to make enough profit to support people? Is it popular enough? Does the market want it?”

When creating their menus, Krist said she advised students to take into consideration not only what teens like to eat, but what they could afford.

“I told them to remember that teenagers are tight on money,” she said.

Students based their prices on the cost of ingredients, and their earnings will go toward future culinary competitions.

With four different teams, there was a variety of breakfast food to choose from.

Though she enjoyed making the food, Maranville said her favorite part was actually selling it.

“I really like interacting with the customers and seeing their reactions to our food,” she said. “It makes me feel really happy because it’s something that I made.”

Luckett said by having this experience, she was able to learn a lot about business.

“If things are easier to make and they’re cheaper than what the competition has, you’re going to sell much quicker and make more money and have fun doing it,” Luckett said.

Having a yummy product also helps, she said.

“They are really good and really tasty,” Luckett said. “I’m just happy I get to do this.”

Throughout the project, students got a taste of the culinary industry and Krist said she wants her students to learn a valuable lesson.

“I hope they learn what it’s like to operate their own business and how to come up with ideas as an entrepreneur and how to make it all happen,” Krist said.

“There’s a whole lot of business work that goes behind making food.”