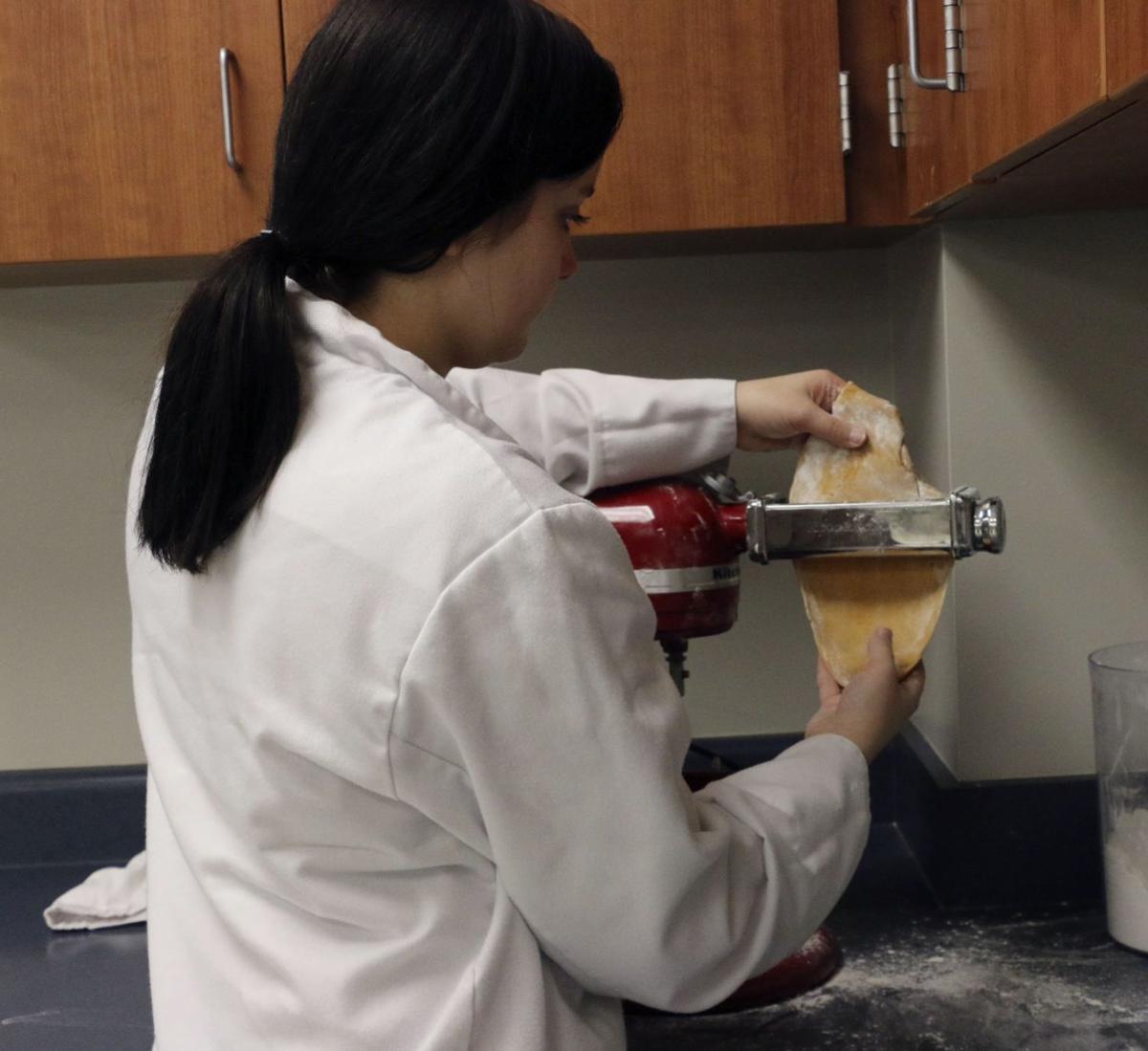 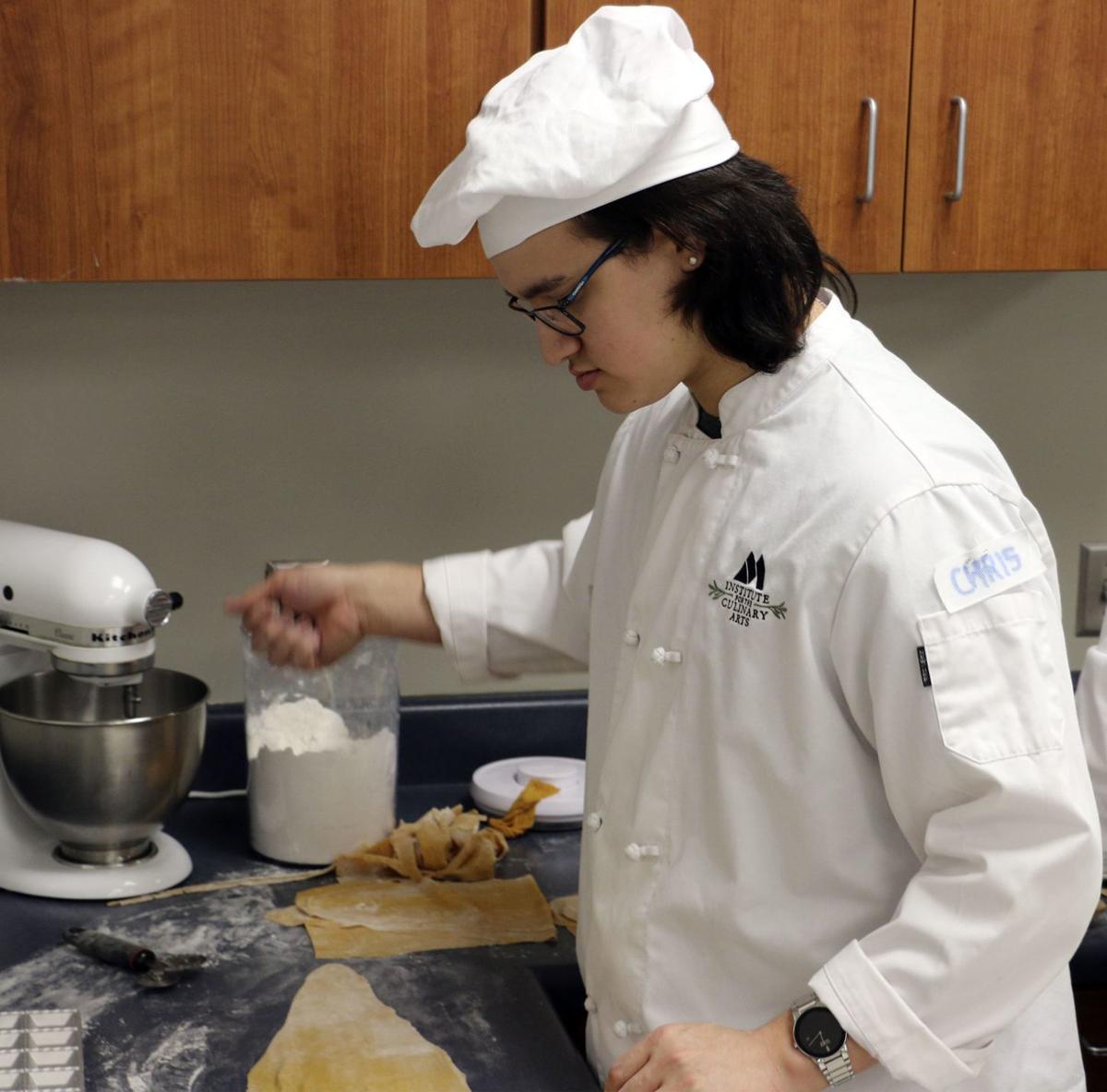 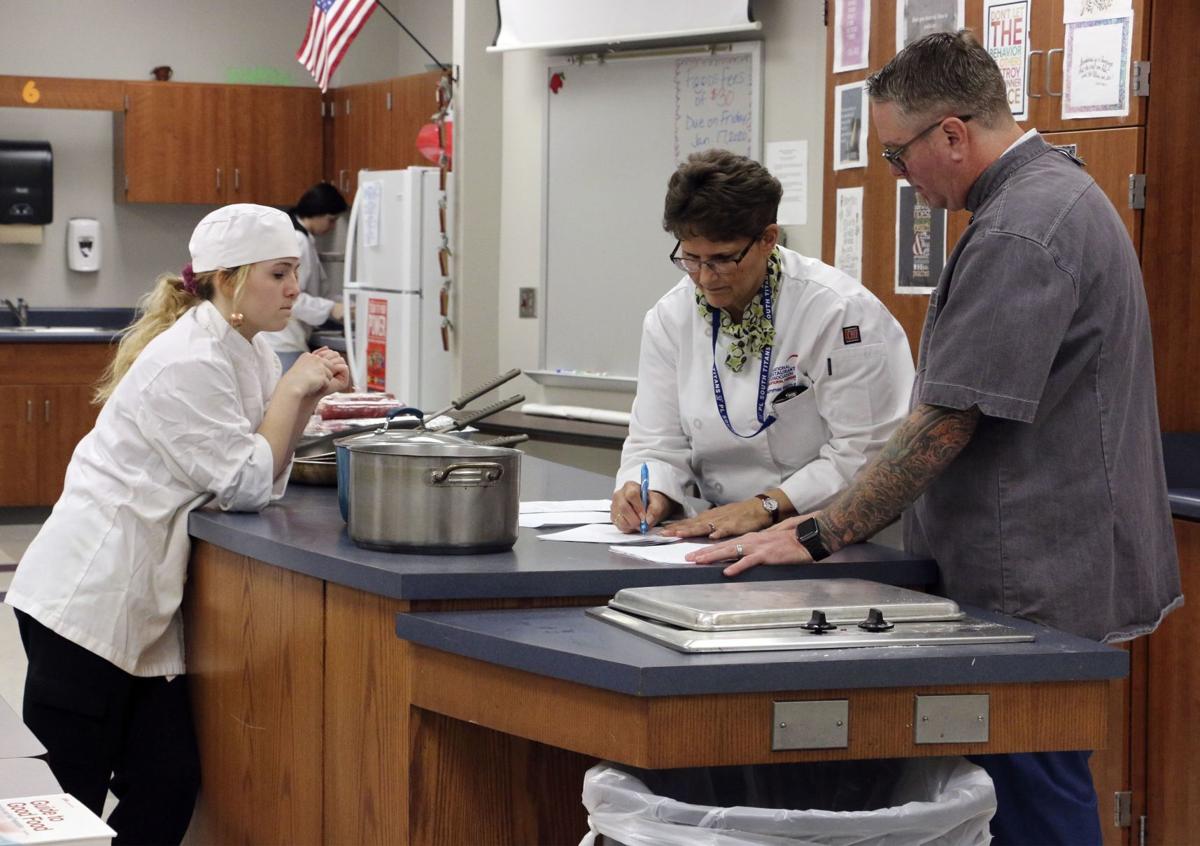 Senior Lexi Hassett, left, works with Louise Dornbusch, a family and consumer sciences teacher at PLVS and Chef Tim Galligher from US Foods Nebraska Thursday in preparation for the event.

Senior Lexi Hassett, left, works with Louise Dornbusch, a family and consumer sciences teacher at PLVS and Chef Tim Galligher from US Foods Nebraska Thursday in preparation for the event.

Papillion-La Vista South High School students are showing the community that not only can they handle the heat, but they most definitely belong in the kitchen.

On Sunday, culinary students at PLVS will take part in Future Culinary ProStars of Nebraska, a fundraiser aimed to showcase high schools students' talent in the kitchen while raising money for culinary ProStart high school students throughout the state.

The event gives students who are in the ProStart program, a culinary arts and hospitality class for high school students, a chance to demonstrate what they've learned in the classroom.

At the event, PLVS students will prepare hors d'oeuvres alongside participating schools Plattsmouth High School and The Career Academy in Lincoln.

The event is open to the public and will be from 4 to 6 p.m. at the Timber Wood Fire Bistro, 8702 Pacific St. Tickets are $60 per person and $50 each when purchasing tickets for two or more people.

“The whole idea of this project is to show off future culinary stars,” said Louise Dornbusch, a family and consumer sciences teacher at PLVS.

PLVS students were split into two teams of five, each of which came up with a dish to serve to attendees.

Team Black will serve pork roulade, a Cuban dish that consists of pork stuffed with Swiss cheese and ham dipped in breading, lightly seared and served with a mustard sauce.

Everything, excluding spices were donated by US Foods Nebraska, Reinhart Foodservice and Sysco Lincoln.

To prepare for the event, each school was teamed with a local chef and PLVS worked with Tim Galligher from US Foods Nebraska, a restaurant supplier for the metro area.

Junior and first-year ProStart student Lexi Hassett, who is on Team Black, said working with a professional chef is a great learning experience.

“It’s really exciting to meet different chefs to see different points of view, especially for people who are planning on going into the culinary field,” Hassett said.

“We are being taught by chefs and learning things they learned in culinary school. It’s a nice head start.”

“I’ve heard several chefs say that you can cook one thing a thousand different ways and I think most people who don’t go through programs like this wouldn’t see any of those,” he said.

“I’m 18 years old and I’m seeing something people who are 80 have never seen in their life.”

Ewing said after graduation, he might go into culinary arts, but even if he chooses not to, the skills he’s learned will not go to waste.

“I’m going to be more self-reliant than kids who were never taught how to cook,” he said. “It adds another level of self care you don’t get in a lot of other places.”

By taking part in this fundraiser, Dornbusch said she wants her students to realize the joy cooking can bring.

“Cooking can be really fun,” she said.

Dornbusch also said it is a good way for students to learn what it feels like to work under pressure.

“They are actually having to take their food, cook it in front of people and serve it to them,” she said.

Over the past few weeks, Dornbusch said she’s been in awe of her students’ hard work.

“My favorite part is watching my kids grow and seeing them go from really timid to actually being accountable,” she said.