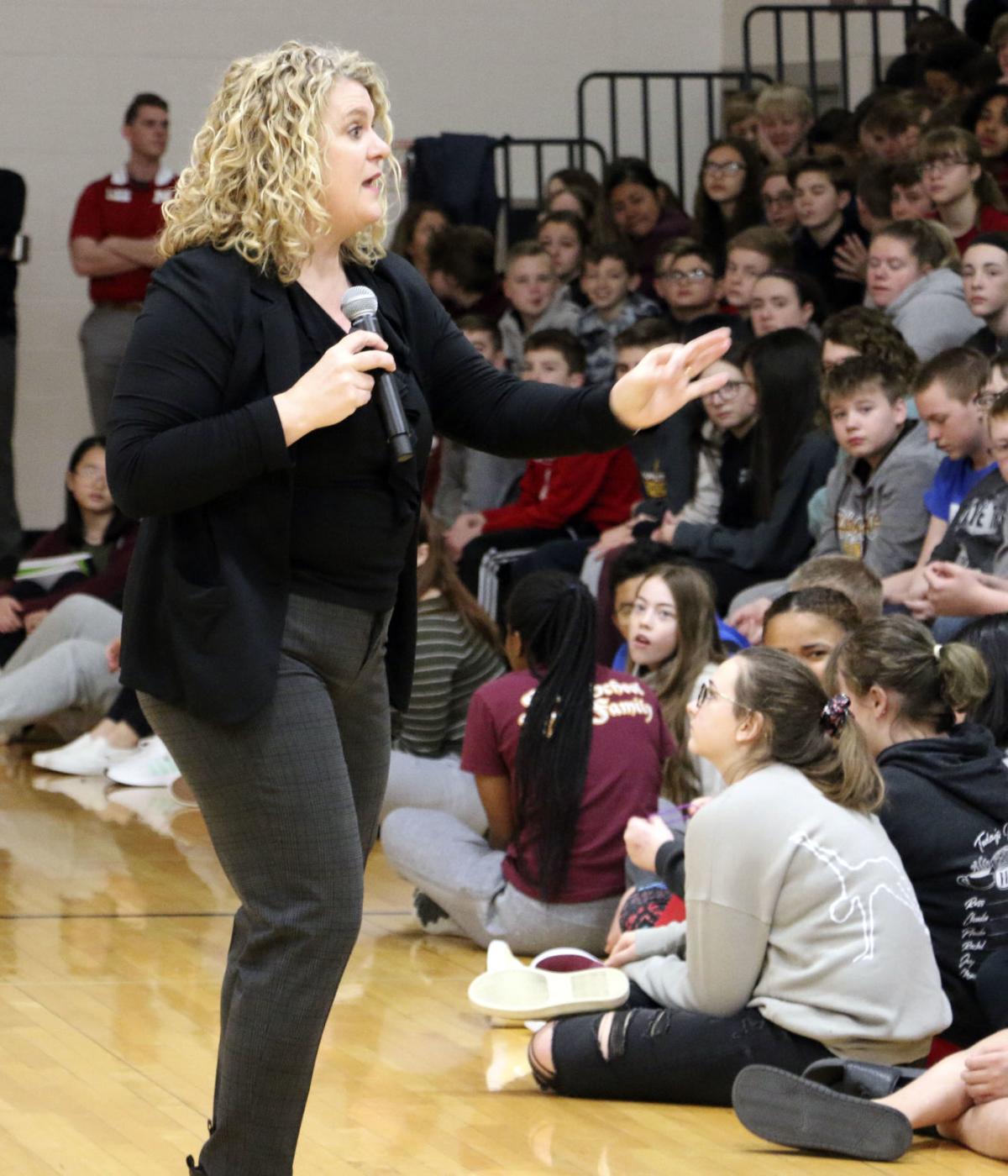 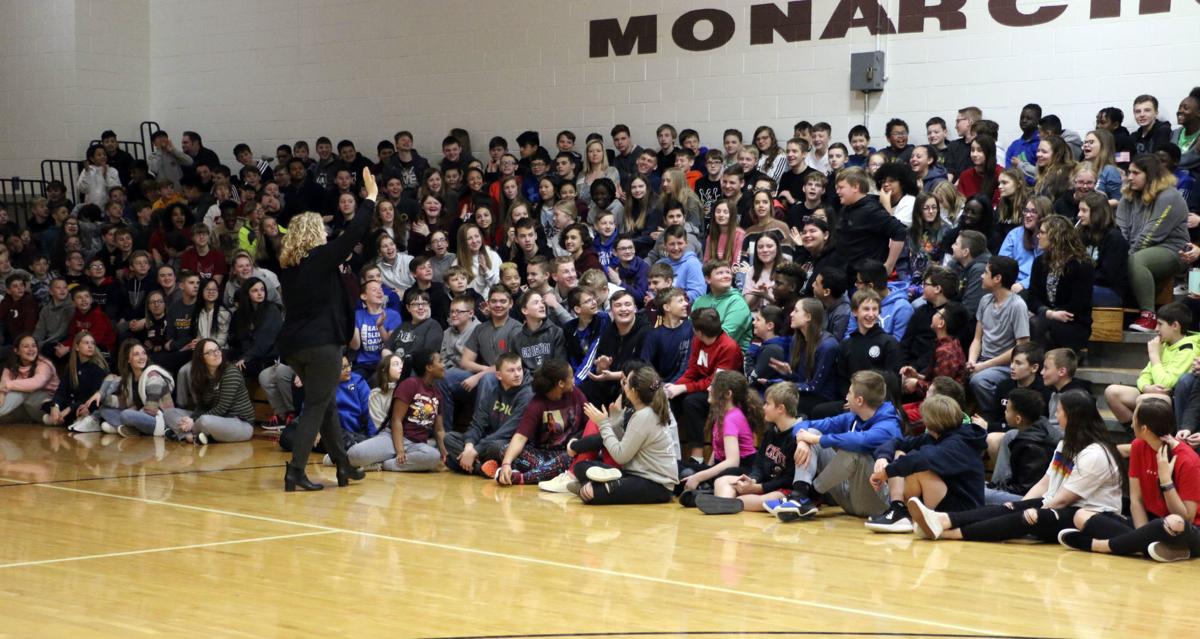 From Snapchat and Instagram to Facebook and TikTok, there are a variety of social media platforms where children engage.

And with so many downloadable apps, Papillion La Vista Community Schools is doing what it can to educate students and parents on internet safety.

On March 10, PLCS invited Karen Haase, social media expert and attorney at KSB School Law, a legal service in Lincoln, to speak to students on internet safety and educate parents about different apps.

“I am not one of those adults who don’t use this stuff. My name is Karen and I respect the drip,” Haase said to seventh graders at La Vista Middle, referring to a common TikTok phrase.

Haase spoke about the three main mistakes she sees students make on social media: cyberbullying, sexting and ignoring basic internet safety. She urged students to be kind to each other on social media and warned them to ask permission before posting photos of others, even friends.

Haase explained the dangers of sending inappropriate pictures to others. Not only can the photos get leaked and cause embarrassment, but can also result in legal trouble, she said.

When it came to internet safety, Haase did her best to instill the importance of being cautious online. She warned students of predators and urged them to not share personal information online.

“It’s not that you’re dumb, it’s that predators take advantage of what you expect. This is why I don’t think it’s safe for anyone to truly interact with someone online that you don’t know in real life,” she said.

Haase also introduced students to the “grandma rule,” which says if you wouldn’t show it to your grandma, you shouldn’t post it or share it on any platform.

For each topic, Haase gave examples of real-life court cases dealing with the offenses. Haase told students about the legal trouble they could face, as well as school-enforced consequences.

After speaking to students, Haase took to Facebook Live to share information with parents and the community.

She covered the same topics as the school visits while also helping parents better understand the popular social media sites children use on a regular basis.

During the live-streamed seminar, which can be found on the PLCS Facebook page, Haase informed viewers that one of the reasons students are on their phone so much is the social reinforcement they get from social media.

Haase also told parents what to look for on their child’s social media accounts including bullying, unfamiliar friends they may follow and inappropriate pictures.

However, Haase said she doesn’t think parents should restrict and block children from their phones, but instead, be present in their online personas.

“I think the way you teach your kids to use their phone is the same way we teach them to drive a car,” she said to viewers.

When students learn how to drive, she said, parents are in the car watching them and helping them along the way.

“We need to be monitoring and living alongside our kids in social media just like we are in the car,” Haase said.

With that, Haase said she encourages parents to create social media accounts and lead by example on those accounts.

“I think we should be living our online lives with our kids,” she said. “We need to model the kind of behavior for our kids that we expect from them online.”

Haase also told viewers that they should always check in with their children and have open, honest conversations about internet safety.