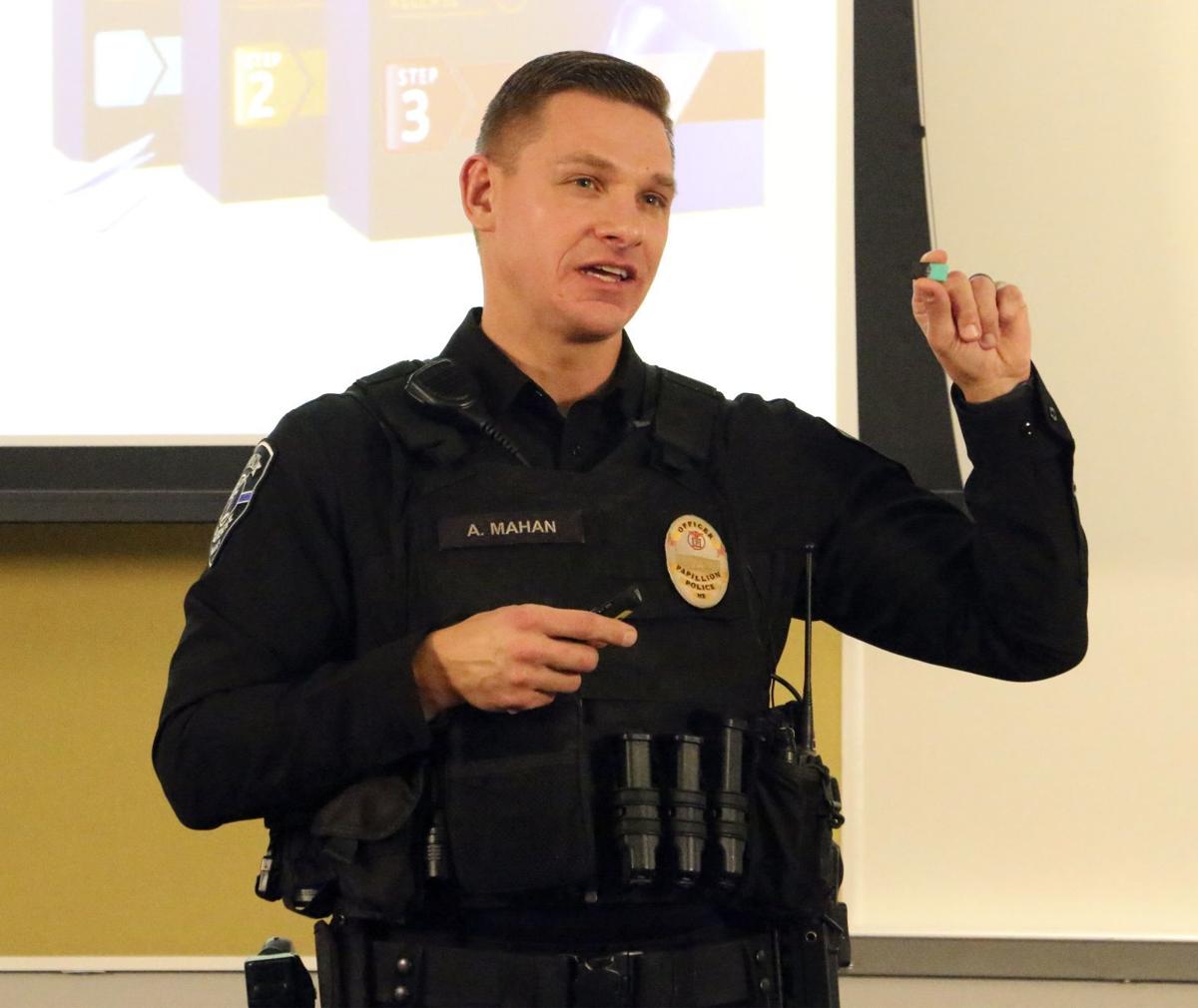 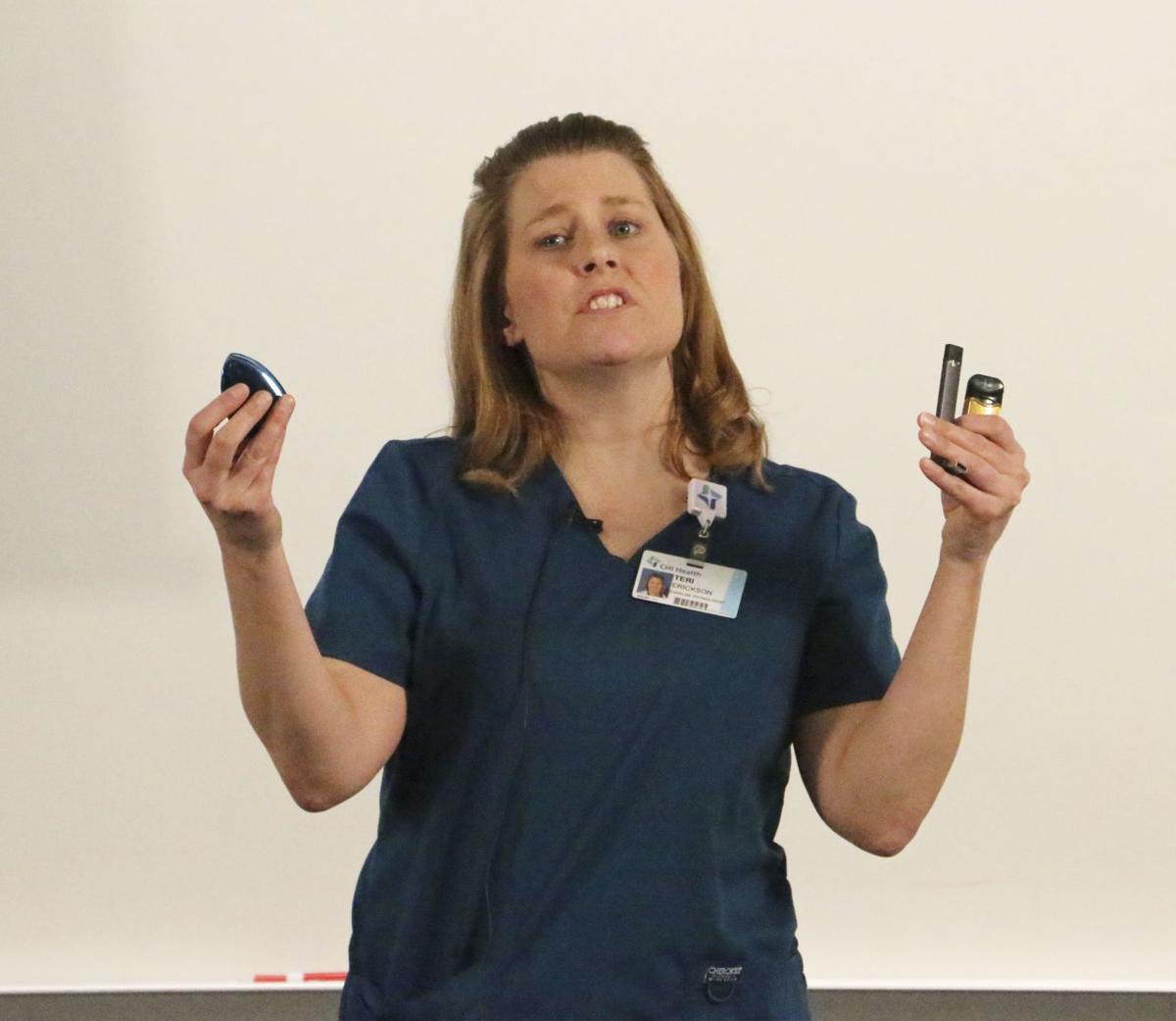 Teri Erickson, CHI tobacco cessation specialist, urges parents to be on the lookout for vaping accessories in the home during a vape seminar Dec. 11 at the District’s Technology Training Center.

Teri Erickson, CHI tobacco cessation specialist, urges parents to be on the lookout for vaping accessories in the home during a vape seminar Dec. 11 at the District’s Technology Training Center.

Papillion-La Vista Community Schools is working to combat vaping among teens in its schools. On Dec. 11, the district teamed with the Papillion Police Department and CHI Health to educate parents, students and staff on the dangers vaping.

At the district’s Technology Training Center, school officials and parents gathered for a seminar, which was live streamed on the district’s Facebook page, to take part in a discussion on vaping.

A panel made up of the district’s two high school principals and school resource officers, a CHI tobacco cessation specialist and a college student who is president of the Metro Omaha Tobacco Action Coalition, addressed the dangerous trend.

The panel talked about the dangers that come along with vaping.

Erickson presented information that suggests one Juul pod, a popular electronic cigarette, contains 20 cigarettes worth of nicotine, which students do not realize due to the variety of flavors of the pods or “juice.”

Those who vape, Erickson said, are at risk for bronchiolitis obliterans, otherwise known as “popcorn lung.”

The condition, according to webmd.com, damages lungs’ smallest airways and causes coughing and shortness of breath.

He also touched on chemicals found in Juul pods which include formaldehyde.

“I point out to them that they are taking that liquid, that chemical and putting it into their body. Vapor and your lungs is already not a good combination,” Mahan said.

“I can’t stress it enough. When I see them with something, I just try to get my point across as much as I can.”

As an SRO, Mahan said he sees all types of students vaping and he urges parents to be on the lookout for vape usage.

“My main concern is just trying to raise awareness to the parents. If you have a feeling or ever had a thought that your student might be doing this, chances are it’s worth looking into,” he said. “We care about our students.”

When students are caught vaping in the high schools, both principals get parents involved and discipline them by suspension, said Jerry Kalina, principal at Papillion-La Vista High School.

To get help for vapers, visit teen.smokefree.gov.