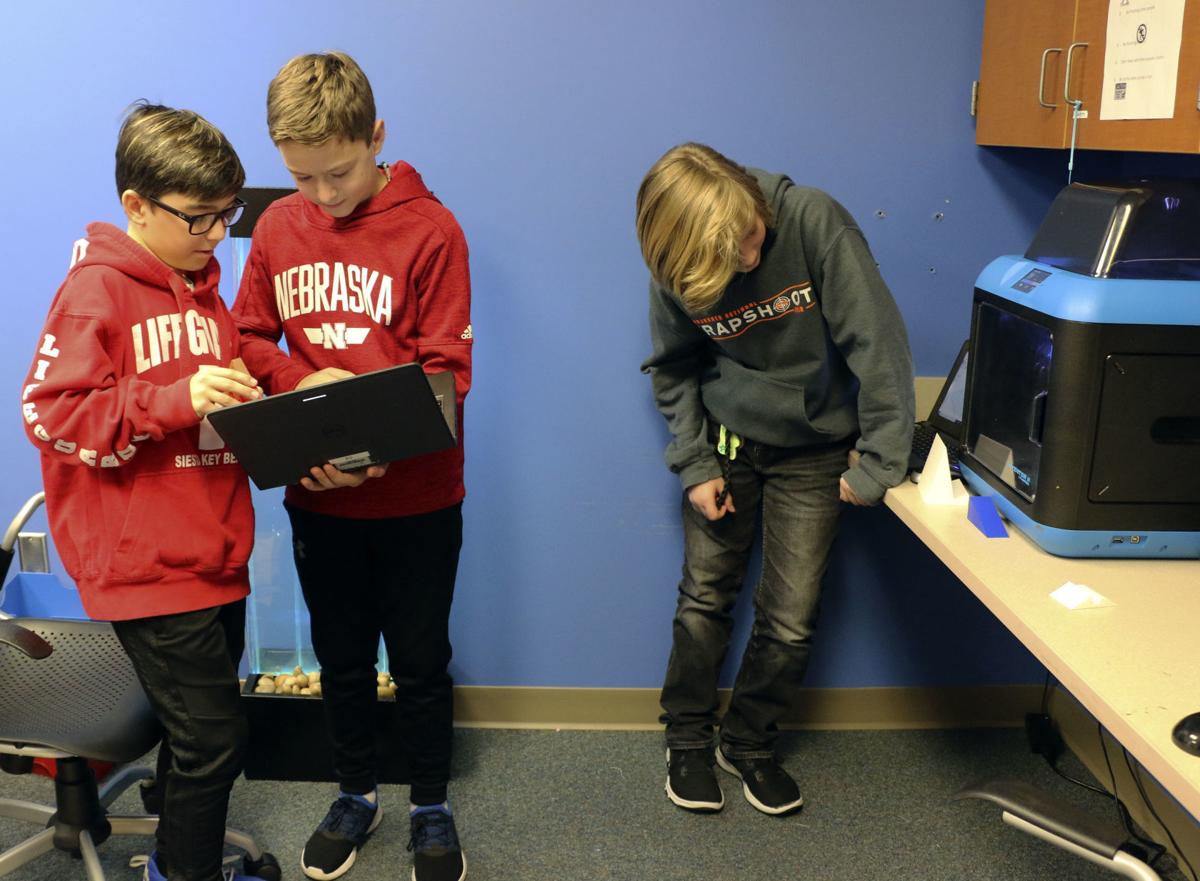 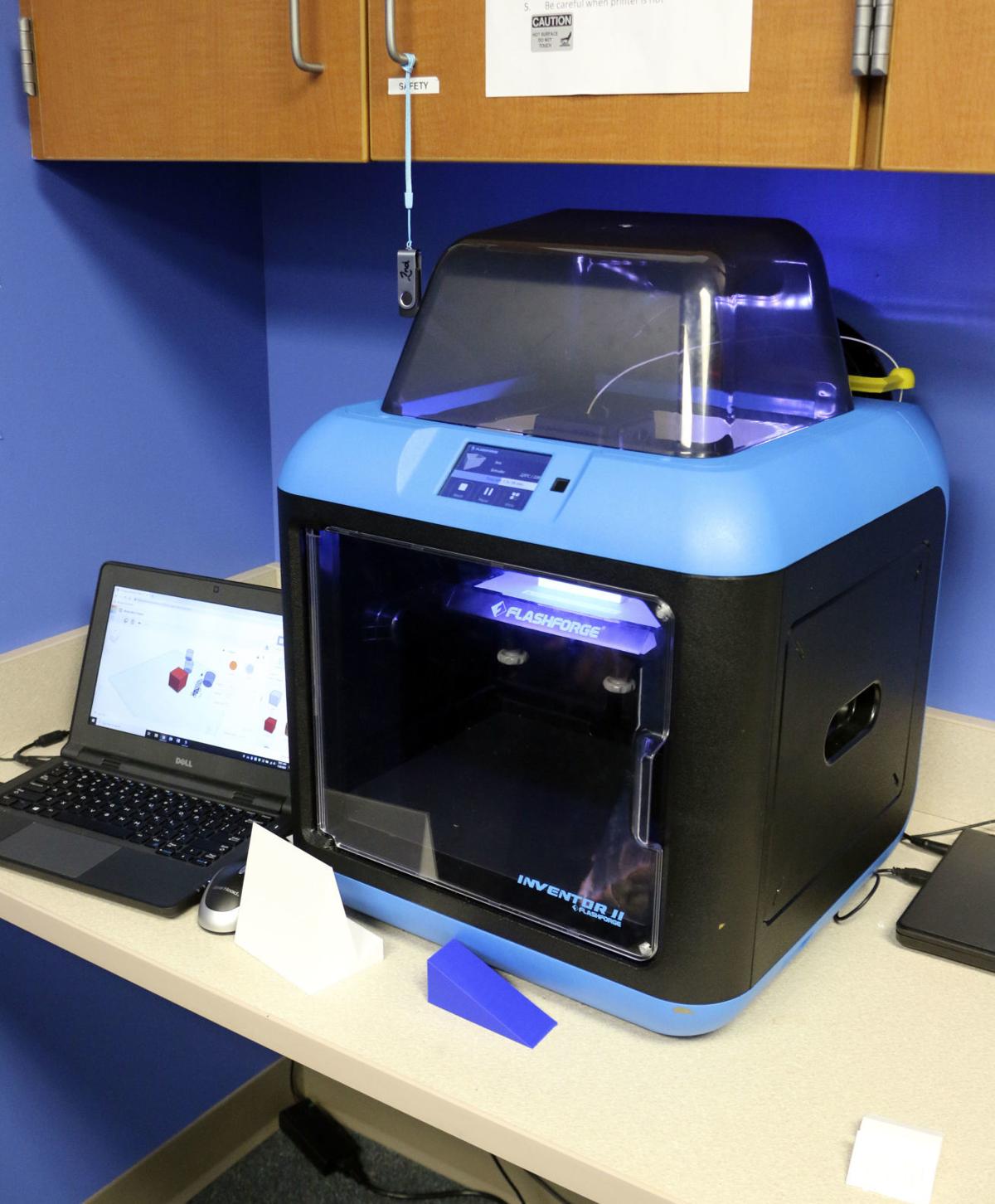 Patriot Elementary got a 3D printer last year, and this is the first year students are able to use the technology.

Patriot Elementary got a 3D printer last year, and this is the first year students are able to use the technology.

With a printer and plenty of passion, a group of students is helping to improve their school.

This fall, 10 Patriot Elementary fifth and sixth graders were trained on a recently acquired 3D printer and three of those students have been busy making items ever since.

Jennifer Logan, a sixth grade teacher at Patriot, said she is happy to see students take advantage of the technology.

“This is the world they are going to live in. I don’t know much about it, but they know so much more than I do,” Logan said.

“These three have really taken it by the reins. They have a passion for it.”

For months, sixth graders Maddox Allen and Thadd Doble and fifth grader Grant Ingwerson have been making items for teachers.

So far they’ve made items such as iPad holders, boxes for teachers to store remotes, pencil holders and library and bathroom passes.

To get 3D printed items, teachers can fill out a form to request items for students to make.

They’ve received requests to make cutout letters, numbers, shapes and symbols from kindergarten teachers as well as dice, puzzles and chess boards from others.

“It’s great that they see a need and want to help the school,” Logan said.

Items can take anywhere from four to eight hours to print.

To design or complete projects, Grant, Thadd and Maddox have been known to give up their recess and free time and even eat lunch in the printing room, but they don’t mind.

Grant even gave up a day off school during a recent teacher in-service day to give a demonstration of the printer to the staff.

Thadd said sometimes when he’s working with the printer, teachers ask him how it works.

“It’s kind of weird that I’m teaching a teacher,” he said.

Fifth grade teacher Melissa Nelson said she is amazed at the students’ creativity, especially when they design their own items rather than use a pre-made pattern from a printing program.

“It’s amazing just seeing their scientific thoughts and their creativity,” Nelson said. “It gives me a lot of hope because this is our future and they are going to do some amazing things with their creativity, hard work and problem solving skills.”

Nelson said the students are very tenacious and do not give up when there is a problem with the printer.

If the printer gets stuck, it’s usually the students who fix it, not the teachers.

In the future, Logan said she sees these students continue to work in the field of technology.

“They are all three very tech savvy and I think this is going to be their future,” she said. “I’d say each of them are thinking about doing something with science and technology.”