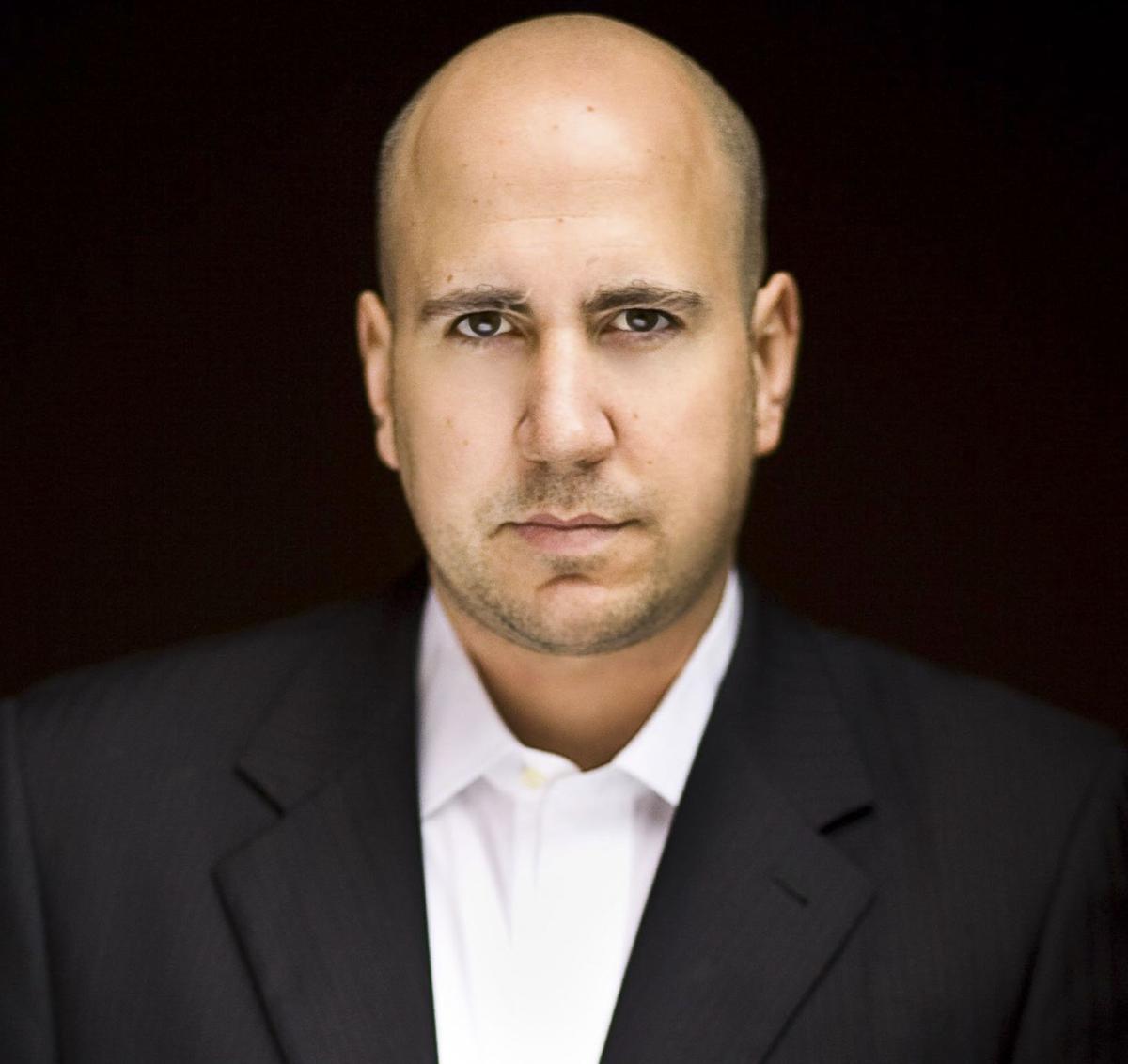 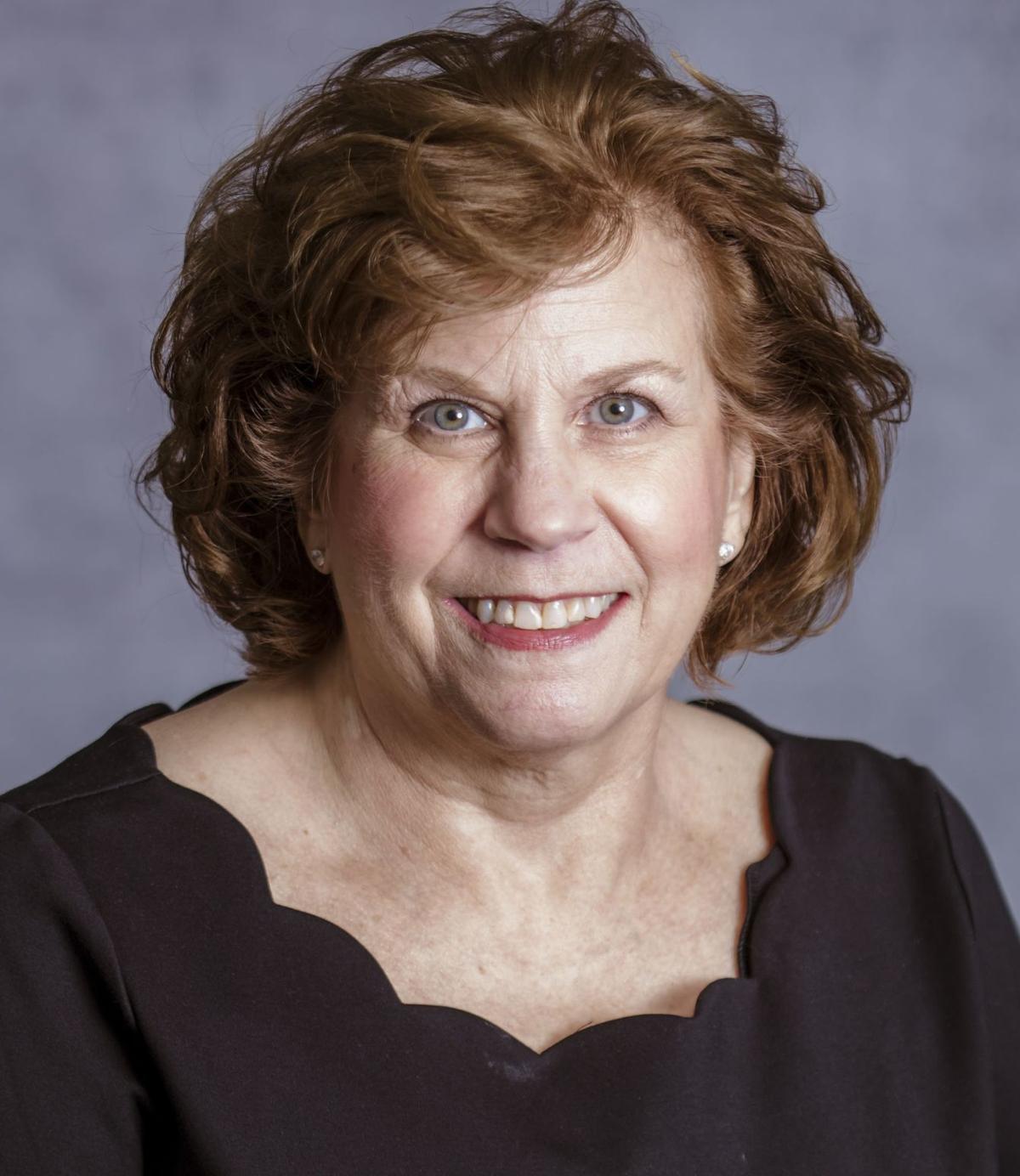 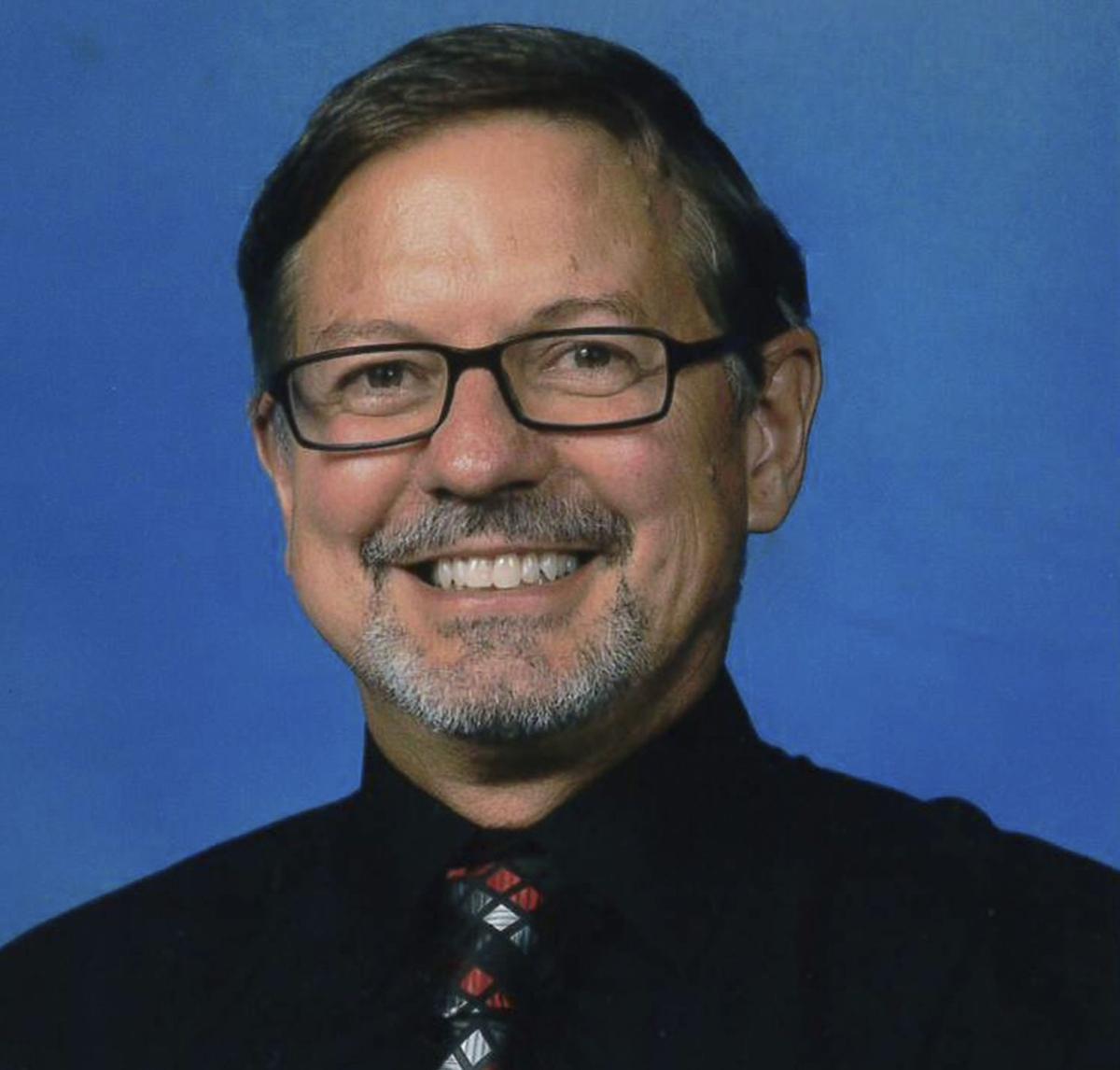 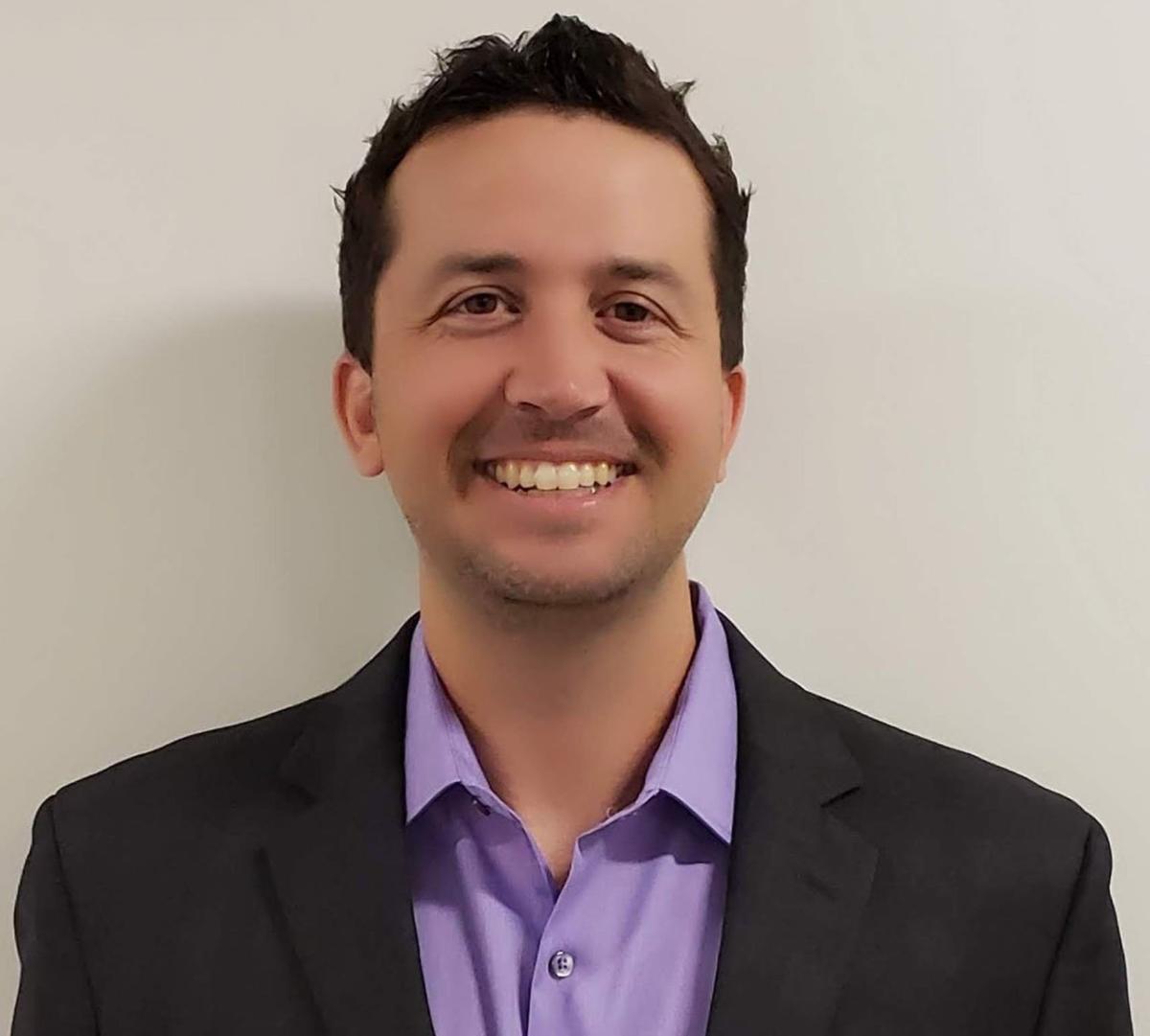 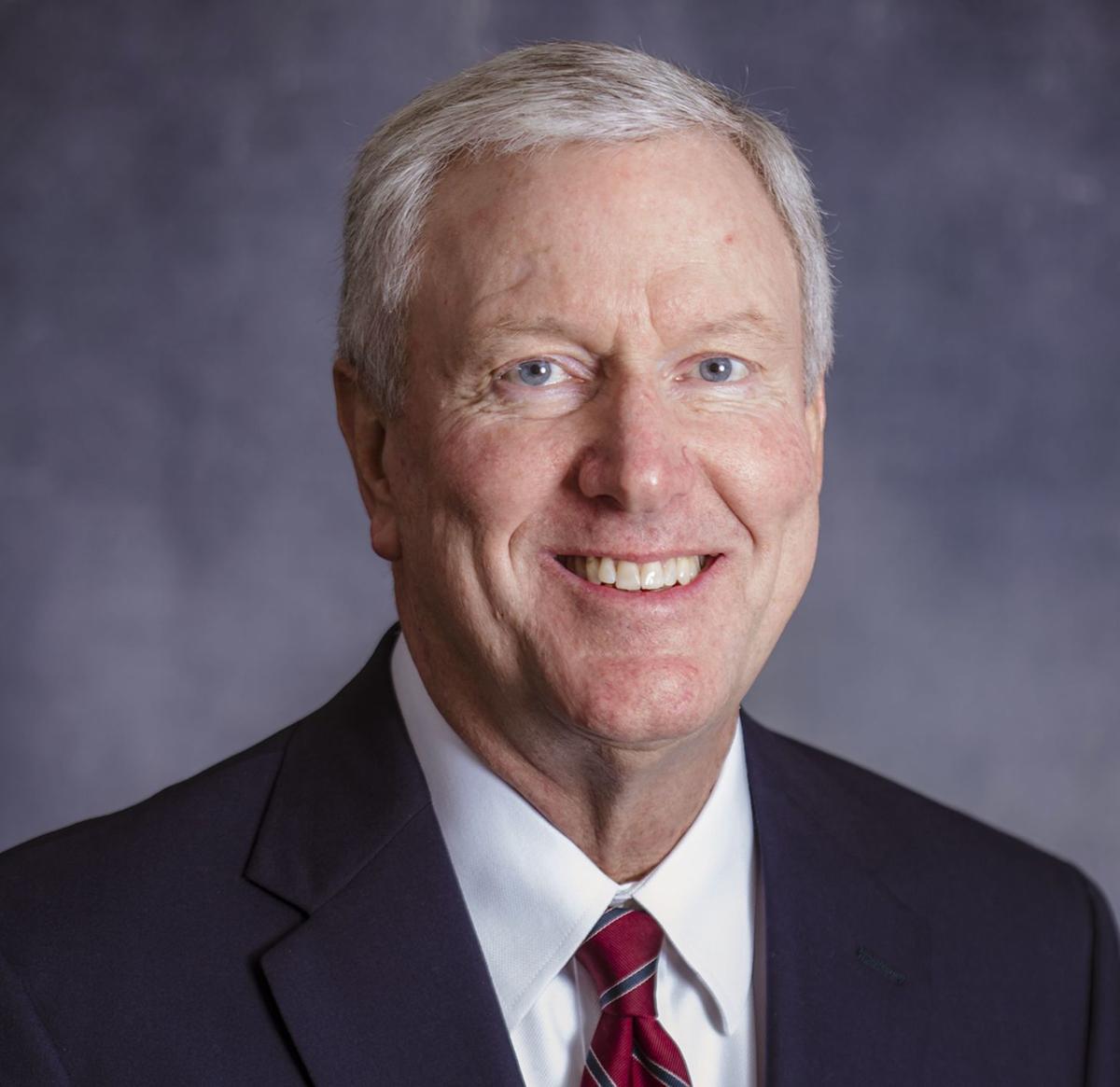 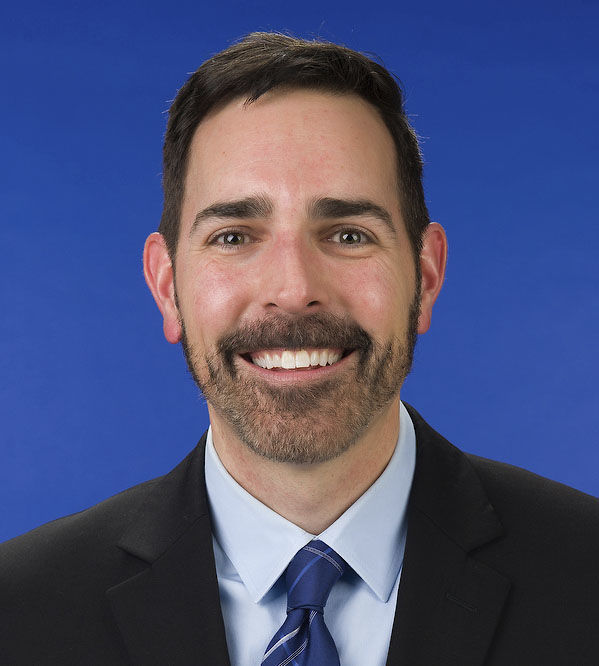 Ben Aken is in his fourth season as the vice president of community relations for the Kansas City Royals. In his role, he oversees the Royals’ community relations department, which includes Royals Charities, the team’s charitable foundation. In 2018, the Royals supported more than 1,200 nonprofits with in-kind support and Royals Charities distributed more than $1.5 million in grants to Kansas City area charitable organizations that support children, education, youth baseball and softball and military families.

Aken is in his 20th season with the Royals, having previously served as the senior director of community relations from 2009 to 2015. He joined the club in 2000 as an intern and has served in various capacities in the community relations department.

Three generations of Aken’s family are graduates from Papillion La Vista Community Schools and his parents, Bill and Nancy Aken, are both retired educators from the district. Aken attended Tara Heights Elementary, Papillion Junior High and graduated from Papillion-La Vista High School in 1995. While in high school, Aken was a member of the marching band under the direction of fellow honoree Bill Kellett, student council, senior class president, member of the golf team and a state champion of both DECA and Odyssey of the Mind. Aken went on to graduate cum laude from the University of Nebraska-Lincoln with a marketing degree while participating in several campus activities and interning for more than two years with the Husker Athletics Marketing Office. Aken resides in Kansas City, Mo.

This 1998 Papillion La Vista High School graduate enjoyed his time in the district immensely. Dries was an active member in National Honor Society along with being a dual sport athlete. As a Monarch baseball and tennis alum, Dries remembers his coaches always pushing him to succeed on and off the field. Dries, a pitcher, won back-to-back state championships in 1997 and 1998.

After graduation, Dries continued as a student athlete at Iowa Western Community College, pitching for their baseball team and received his Associate of Arts degree in 2000. He continued his education at Bellevue University and graduated in 2004 with a bachelor’s degree in health care management.

His coaches at PLV instilled the values Dries practices today with his employees at Prime Time Healthcare. Since 2012, Dries has led Prime Time Healthcare in addressing the nursing shortage in hospitals across the United States. His tireless efforts and competitive spirit are credit to Prime Time Healthcare becoming the leading provider of travel nursing opportunities around the U.S. The company in its first year of eligibility, made the list of Inc 5000 Fastest Growing Companies, and landed at 59 on the list. Prime Time Healthcare has gone on to win numerous awards including, Best Places to Work in Omaha (2016 to 2019), Omaha’s Choice Award (2016 and 2018) and many more.

Dries is an advocate for giving back to communities for causes his employees are passionate about. He credits the schools for making him who he is today. Dries carries his high school memories with him as he continues to instill and positively motivate people in all aspects of his life. This Papillion native is a champion at being a son, brother, husband, father, friend, employer, community member and proud alum of PLV.

Franze now works at the firm Arnold & Porter Appellate and Supreme Court Practice that handled a case he watched a film about in elementary school. Currently in Washington D.C. with his wife of 27 years and three kids, Franze has been practicing law for over 20 years.

His work at Arnold & Porter has included representing parties and handling over 40 cases before the U.S. Supreme Court. This firm is ranked one of the most prestigious in the country and known not only for its high-caliber legal talent, but its dedication to public service.

Franze is a frequent legal media commentator, has been an adjunct law professor and a successful author of critically acclaimed novels. In the sleepless nights that came along with raising kids, Franze started writing fiction. To date, Franze’s foray into fiction has included three novels and a brush with an NBC series based on one of his published works.

As an elementary teacher at Rumsey Station and Carriage Hill, Smith Jensen taught first, second, third and fourth grade. In her 30 years as an educator, Smith Jensen still has students who remember their school year in her classroom and the impact she made on them.

She took on the responsibility each year of teaching each child, finding the button that fueled their interests. Jensen held her students accountable to greatness and was a master at leading by example and demonstrating the importance that their classroom was a place to care about each other and that words matter.

Her ability to connect with all students and build relationships are still remembered fondly with her previous students today. Smith Jensen mentored her fellow educators in the similar way, always being a positive example and finding the joy in the tougher moments.

Educators like Smith Jensen are “once in a generation.” She led the way as the gold standard for both her fellow educators and those students who were lucky enough to be placed in her classroom.

Throughout this time and to this day, Johnston is always on the sidelines for any school activity cheering his students on in their accomplishments. Even to the athletes and students he didn’t coach or teach directly, Johnston always demonstrated how he was there to help and provide encouragement. He showed a strong desire to connect with students and find out what interests and passions they had.

Johnston brought the same love and loyalty to his students, athletes and co-workers at PLV that he did to his close-knit family at home.

Now as a retired administrator, Johnston continues to serve the entire state as executive director of the Nebraska High School Hall of Fame. He has extended his outstanding qualities of loyalty and concern for students and community to all of Nebraska.

Johnston carries an undeniable love for this community. The countless connections he has made to the people and immeasurable hours he has spent in the halls, ballparks and gyms are evidence of that dedication. His affection for making those connections and building relationships has always stood out and taught his students the value of making deeper connections to those around you and Johnston certainly led by example.

Johnston is PLCS through and through and continues to be an advocate for his community and cheering students on to greatness in their high school years and beyond.

Bill Kellett has been in band since his fifth-grade year at Trumble Park Elementary. This 1977 Papillion-La Vista High School graduate continues to impact students around the community and beyond with his legacy of maintaining traditions and building excellent band programs.

Kellett was a dedicated educator that spent countless hours maintaining the integrity of the band in Papillion La Vista Community Schools. He inspired students to continue their music careers even after they left high school. He instilled a desire to one day have the opportunity to influence others in the same capacity he influenced on his students. During practices, he would remind the entire band that they were “one band, one sound”. The students were bonded as a team thanks to Kellett’s dedication to his craft.

It was not just a classroom that Kellett led at Papillion-La Vista South High School, it was a culture of working together. Kellett considers focus, pride and determination to be the three keys to success. He further promoted this culture into the community by taking the band into the community. He led his bands in parades such as Papillion Days and La Vista Days along with taking them to Lincoln to march in the Christmas Parade. Kellett was able to show firsthand that being involved in the community is fun and a way to share your talents while creating a fun atmosphere for others.

Kellett loved to refer to the band as a family. He believed students would thrive both in their performances and in their lives with that familial bond. Kellett is truly one of those teachers who impact lives. His ability to stay positive and encouraging to all his students is unmatched.

From its opening of this location to current day, Shadow Lake Hy-Vee has exemplified active participation, volunteerism and financial support to the Papillion La Vista Community Schools. Hy-Vee has shared in the philosophy of the Cooperation BEST Business Partnership program, sharing human resources to better educate students for tomorrow.

Hy-Vee continues to provide a space for students and staff to meet and continue the education process outside of the traditional classroom. Hy-Vee’s impact has included, business economic interviews, presentation of SMART Boards, Family Fund Festival, Attire to Inspire, Kids Fit Fun, dietitian presentations, career education speakers and many more.