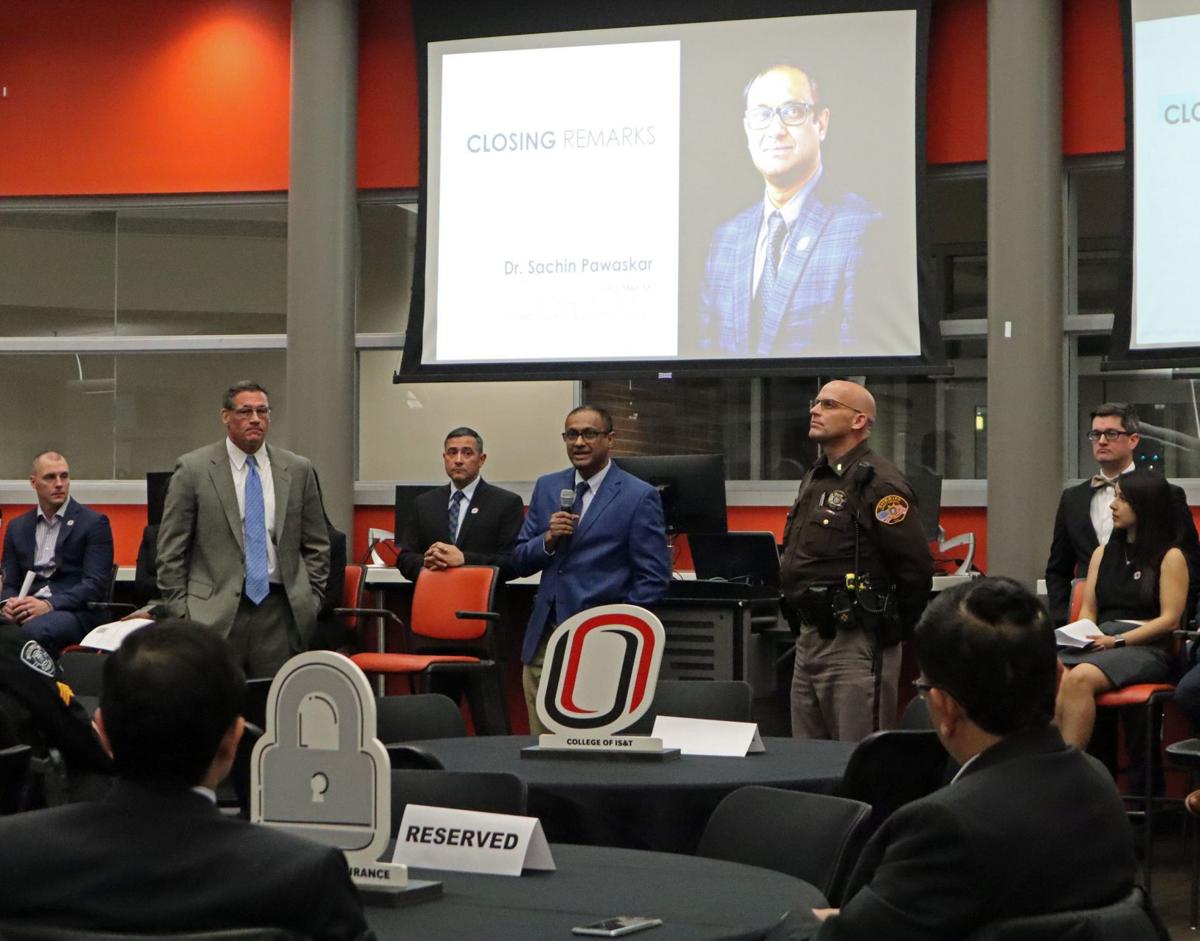 Dr. Sachin Pawaskar, a University of Nebraska at Omaha professor, speaks at his graduate students’ presentation of their capstone project Dec. 18 at UNO’s Peter Kiewit Institute. The students created a database for law enforcement that analyzes 911 call data. 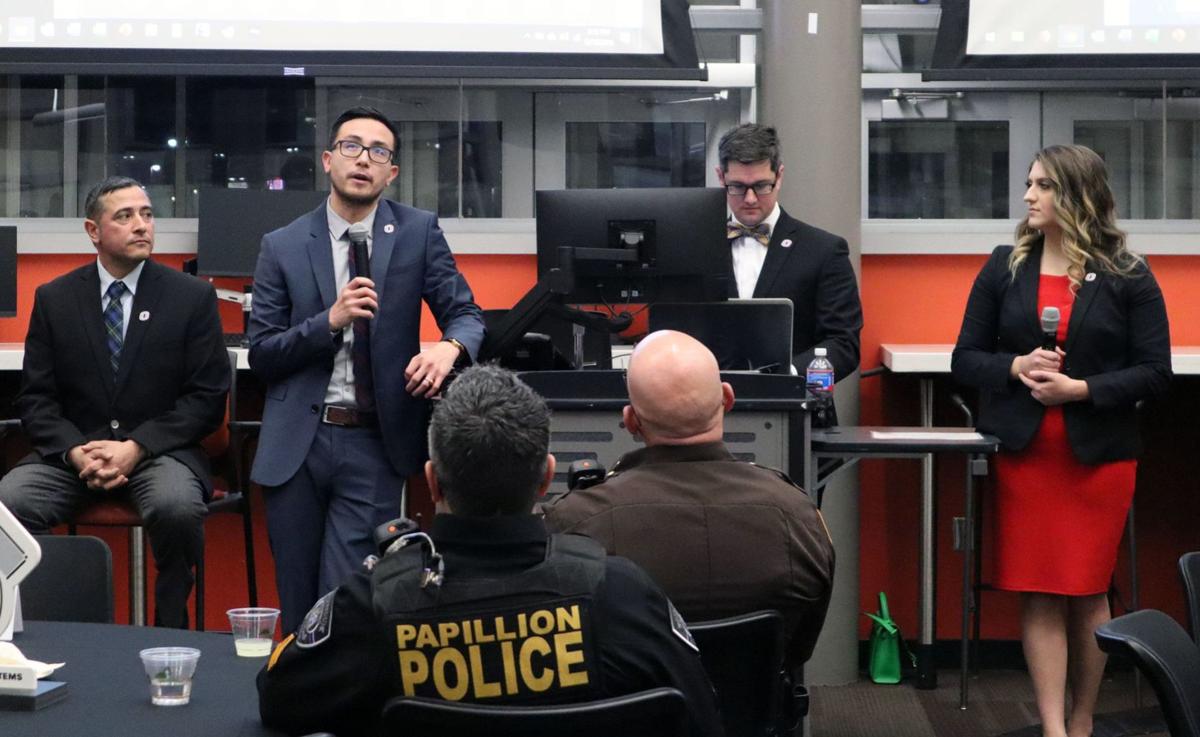 Dr. Sachin Pawaskar, a University of Nebraska at Omaha professor, speaks at his graduate students’ presentation of their capstone project Dec. 18 at UNO’s Peter Kiewit Institute. The students created a database for law enforcement that analyzes 911 call data.

A new database will help Sarpy County analyze trends from its 140,000 law enforcement calls per year.

The software uses call information to generate maps and charts that summarize the data. Law enforcement can then filter through the calls based on incident types, times, dates, locations and more in search of commonalities.

The county received this new technology for free thanks to its creators, University of Nebraska at Omaha graduate students. For their Management Information Systems capstone, the students worked with the Sarpy County Sheriff’s Office and the Bellevue, Papillion and La Vista police departments to develop the database.

Sarpy County Sheriff’s Office Lt. Dennis Svoboda said members from the sheriff’s office spoke to other agencies that track detailed data, including Douglas County. Taking bits and pieces from those conversations, Svoboda said they thought up a system that best met their needs.

“I think the students have done a phenomenal job,” UNO Associate Professor Kerry Ward said. “This was, in my opinion, a very difficult project for them to pick up and take on, and they exceeded the expectations.”

More than a year since its start, law enforcement is now implementing the finished project. UNO students presented it to law enforcement Dec. 18 at the Peter Kiewit Institute.

Svoboda said the sheriff’s office started using it with the students’ help a few weeks ago and began uploading data on their own last week. Incidents that occurred within the past 24 hours are entered into the database every morning at 6 a.m., Ward said.

Maintaining the database shouldn’t cost much, if anything, Ward said, since the department can update it.

A training course will need to be held before it is used by the entire office, Svoboda said. The hard part, Ward said, will be getting the officers on board with change.

“Implementing technology from a behavioral change aspect is actually probably the most difficult part of it,” Ward said. “There’s a lot of resistance.”

He expects showing them how useful the database is will help them come around.

As a former police officer, Ward said he thought of the idea and approached the departments. He’s fascinated by augmented reality, Ward said, and how technology could be integrated into real world scenarios for police.

While that may be a few technological advancements away, he said the database was a critical step in that direction; that is, getting the collected information “stuck” in the databases into the hands of those who could utilize it.

“There was a very important first step, and that was getting the data out of the database and providing it to the decision makers,” Ward said. “There was kind of this gap between what the officers had access to and what the IT people could provide them.”

Now easily keeping track of data such as criminal offenses and traffic accidents, Svoboda said he expects supervisors to focus on those areas of occurrence. He said if the department recognizes a trend in where accidents are occurring often at certain times of day, they could proactively push officers out to those areas.

Ward said considering Sarpy County is the fastest growing county in Nebraska, the sheriff’s office needs to find ways to be as efficient as possible. Data can help point them in that direction.

With all types of data able to be tracked easily, Ward said the sheriff’s office can keep an eye on things that costs the department time and money, such as false alarms and 911 hangups.

Through the database, Ward said they learned that last month 313 calls were false alarms. Those calls took more than 80 hours of manpower. This “wasted time,” Ward said, cost the department about $16,000 per month, totaling $100,000.

“This is all about the citizens and making the community safer,” Svoboda said. “The best thing about the whole thing: it was done (at) zero cost to the taxpayers.”