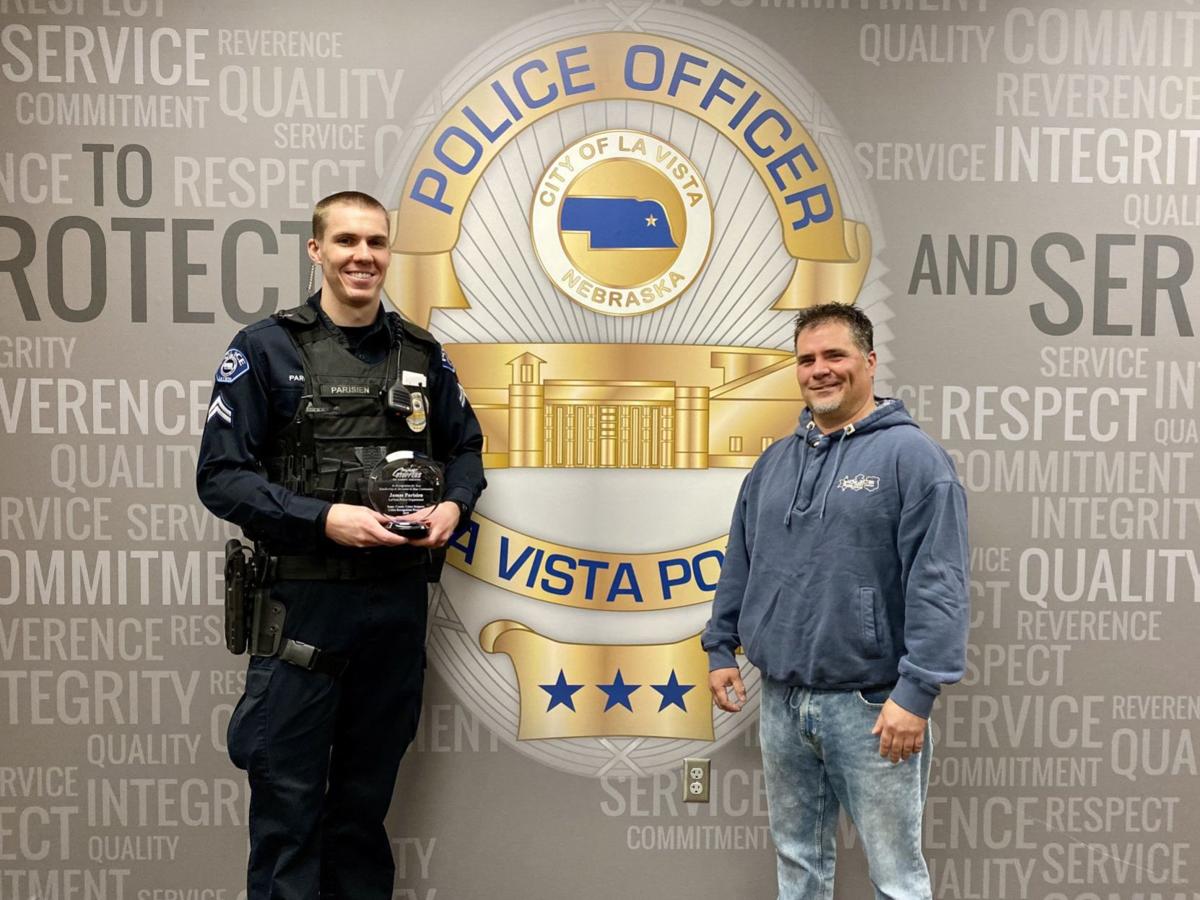 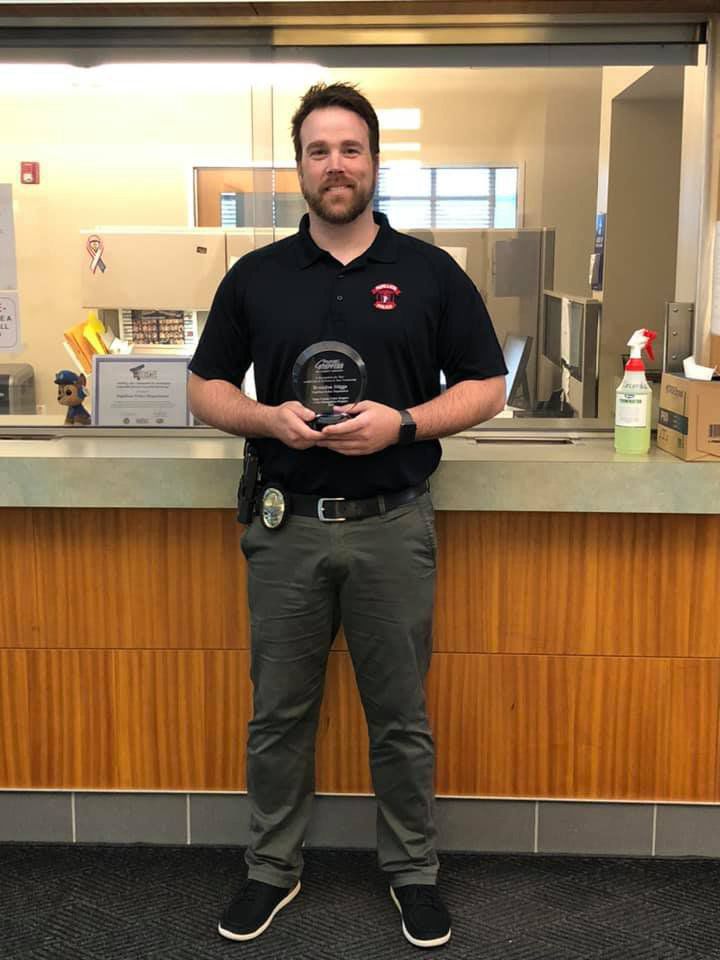 Detective Brandon Stigge of the Papillion Police Department and Officer James Parisien of the La Vista Police Department were named Officers of the Year for their departments by the Sarpy County CrimeStoppers.

The award is given to officers by their peers.

Papillion Police Chief Scott Lyons said Stigge represents the next generation of police officer because of his skill with technology to gather evidence and investigate crimes.

“It’s been encouraging to see him flourish in that,” Lyons said. “These are the officers that are going to keep us safe.”

Parisien has been with LVPD for four years and is a member of the department’s uniform patrol bureau and the Sarpy County SWAT team.

In his nomination statement for Parisien, La Vista Police Chief Bob Lausten highlighted Parisien’s “good old fashioned police work” that led to an arrest in a hit-and-run case in February.

According to Lausten, Parisien noticed an onion near a vehicle involved in the crash. After some further investigation, Parisien showed a photo of the suspect to a nearby grocery store and viewed surveillance video that showed the suspect buying onions about five minutes before the crash.

“You don’t see this kind of thinking every day!” Lausten’s statement said.