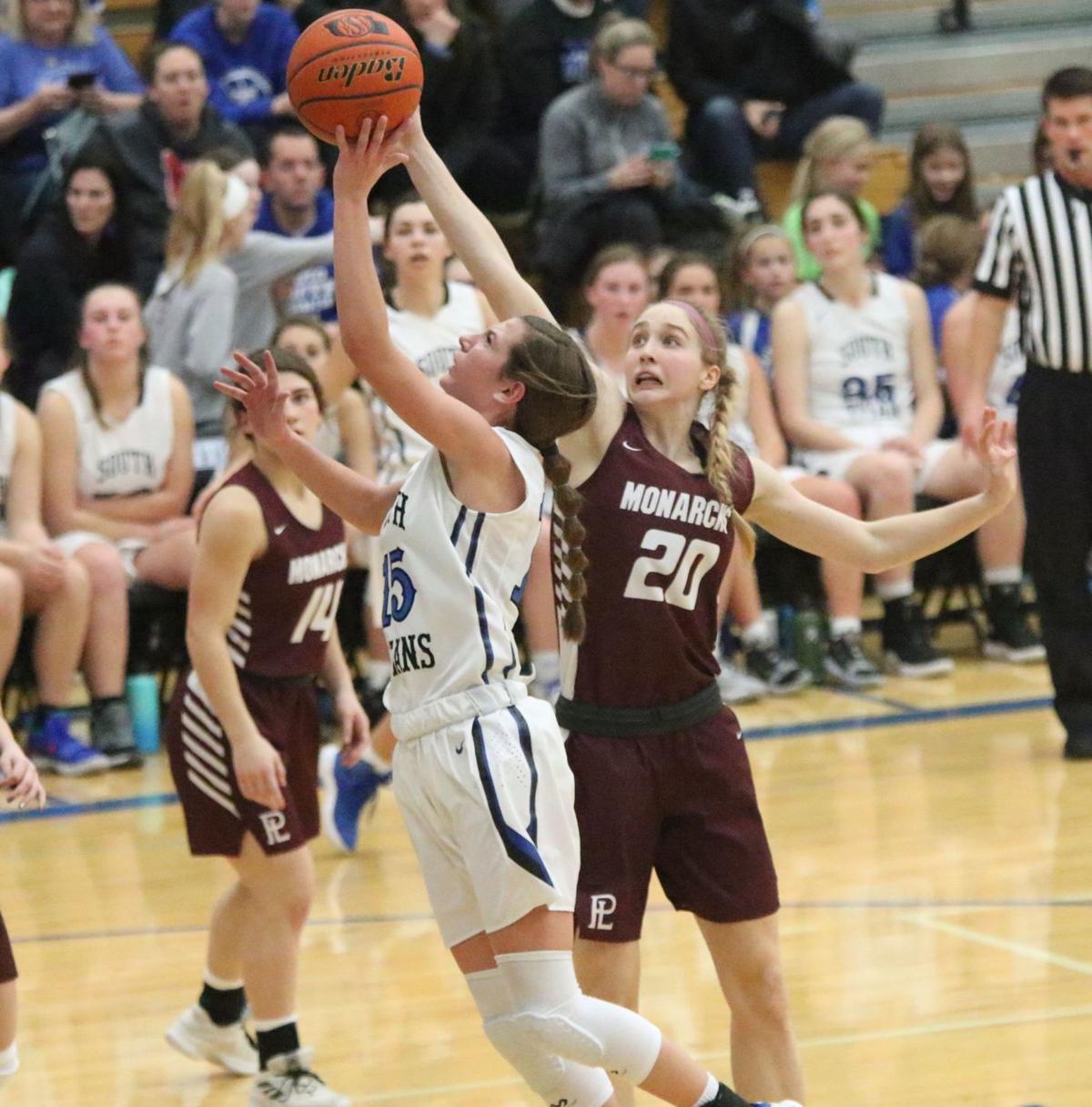 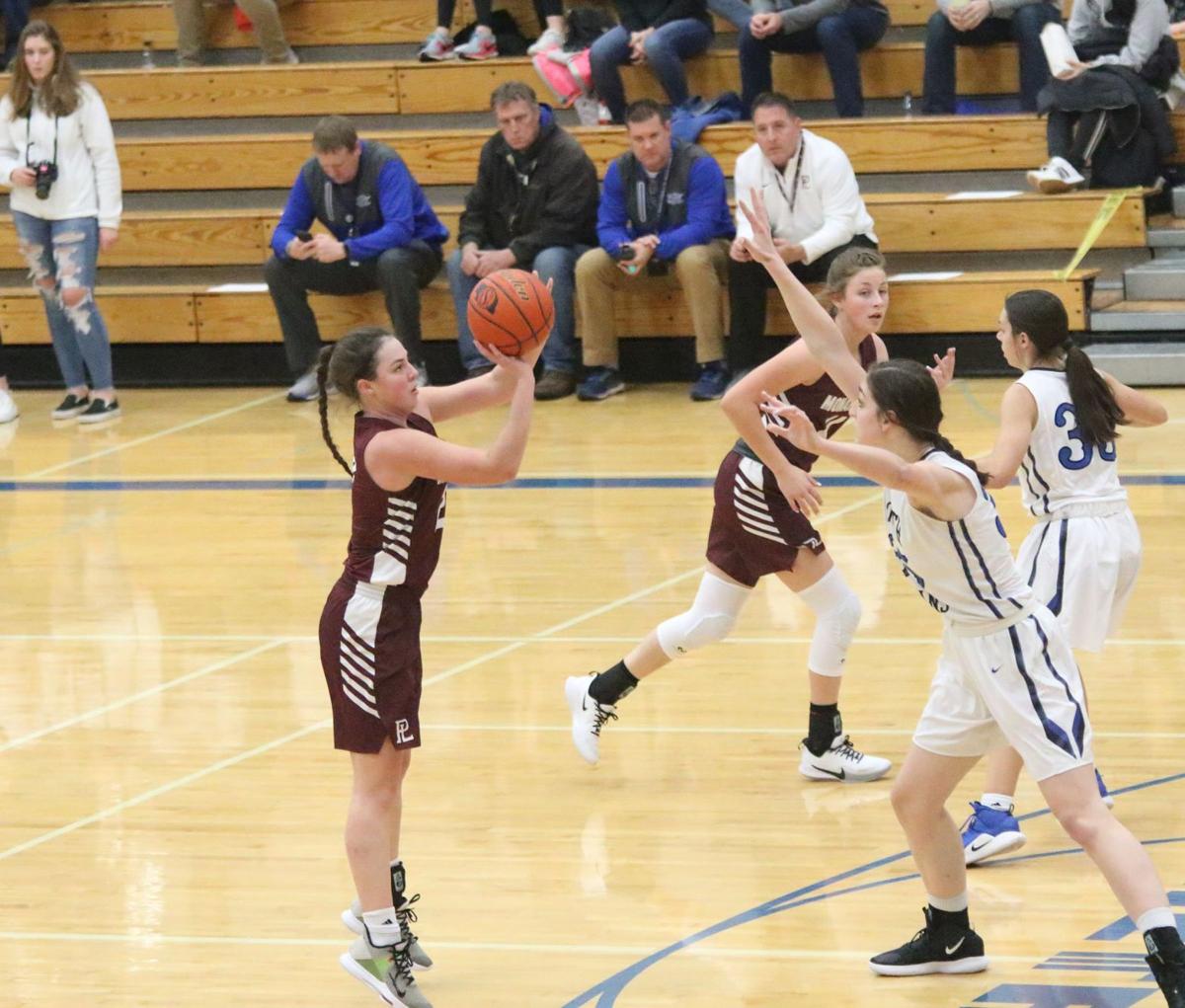 The Papillion-La Vista Monarchs have been playing great defense all season and Friday night was no exception.

Their defense plus a fantastic game from Lindsey Ingwerson led the Monarchs to a 61-43 victory.

The Monarchs got out to a 10-2 start and led 19-9 after the first quarter and used that momentum to take home the victory in this rivalry game.

The Monarchs got off to a 10-2 start and were getting production from everywhere, as all five starters recorded their first six field goals.

Olivia Boudreau was all over the place on both sides of the ball for the Monarch early in this one, making it difficult on the Titans to get anything going.

The Titans did outscore the Monarchs 14-10 in the second quarter to pull within six at the half. Papio led the way 29-23.

In the second half, the Titans started on a 4-0 run to pull within two, then a banked three from Brooklyn Wrice put the lead back at five.

Olivia Boudreau then went on her own 5-0 run to put the score at 37-27 Monarchs.

Emily Richards answered with a three for the Titans, but the Monarchs locked up on defense and kept their lead at 45-33 heading into the fourth quarter.

Then, in the fourth quarter, it became the Lindsey Ingwerson show. Ingwerson scored 13 straight fro the Monarchs to help them pull away and win this one.

Ingwerson finished with 26 points and 15 rebounds against the undersized Titans.

She also stepped out and hit two three-pointers for Papio.

“We had a little size advantage and they brought in a 6’2 girl and what Lindsey has really improved on this season is we pulled her out and she hit a three,” Papio head coach Josh Siske said.

“She was having trouble guarding Lindsey on the perimeter so they brought in smaller girls and we had they height advantage and things like that. Her teammates did a great job of getting it inside to her.

“We talked about that all week that we would have a size advantage so he would have to throw the ball inside to her more than we normally do,” coach Siske added.

Coach Siske also said that Ingwerson’s shot has been a focus for her.

“We have a shooting machine at the highs school and she puts a lot of hours on it,” Siske said about Ingwerson’s improved shooting. “She puts in a ton of time in on working post moves and working on the shot so it’s good to see all that hard work paying off.”

“I thought we did better once we had Tate Norblade front her and try to keep the ball out of her hands but when you front, you are giving up some offensive rebound become you are in front of the person,” Gerlecz said about planning for Ingwerson. “Lindsey is just one of the best in the metro and a great player. I have been fortunate to coach with Siske in the summer and she was on the team and she’s really good.

Gerlecz added that “We tried 3-4 different defenses trying to corral her and then she will hit a three. Then she will go by you. She’s just a nightmare to try to match up with.”

Papio South star guard Emily Richards was held to just seven points on 3-for-13 shooting. Coach Siske said stopping Richards and knowing where she was on the court was a priority.

“We wanted to chase her everywhere,” coach Siske said. “Chase her off the line and we started Erica on her and Erica is so long and her length can bother her and Erica is fast. Every game we tell Erica ‘okay you got this kid, you got the best scorer’ and she does such a great job. Her length we thought could bother her a little bit.”

“I was happy to see that because before tonight, she was kind of struggling from three so it was nice to see her knock downs some shots,” coach Gerlecz said. “She’s a really good athlete, does a lot of good things. I couldn’t imagine trying to play in a game like that when I was a freshman in high school so hopefully she can build on that and keep it going the rest of the season.”

Papillion-La Vista South 63, Burke 59 — The Titans improved to 4-6 on the season with this win over Burke. The Titans outscored the Bulldogs 22-11 in the fourth quarter to complete the comeback.

Papillion-La Vista 58, North Star 48 — The Monarchs moved to 10-1 on the season as they took down North Star on Saturday, capping off an impressive weekend.