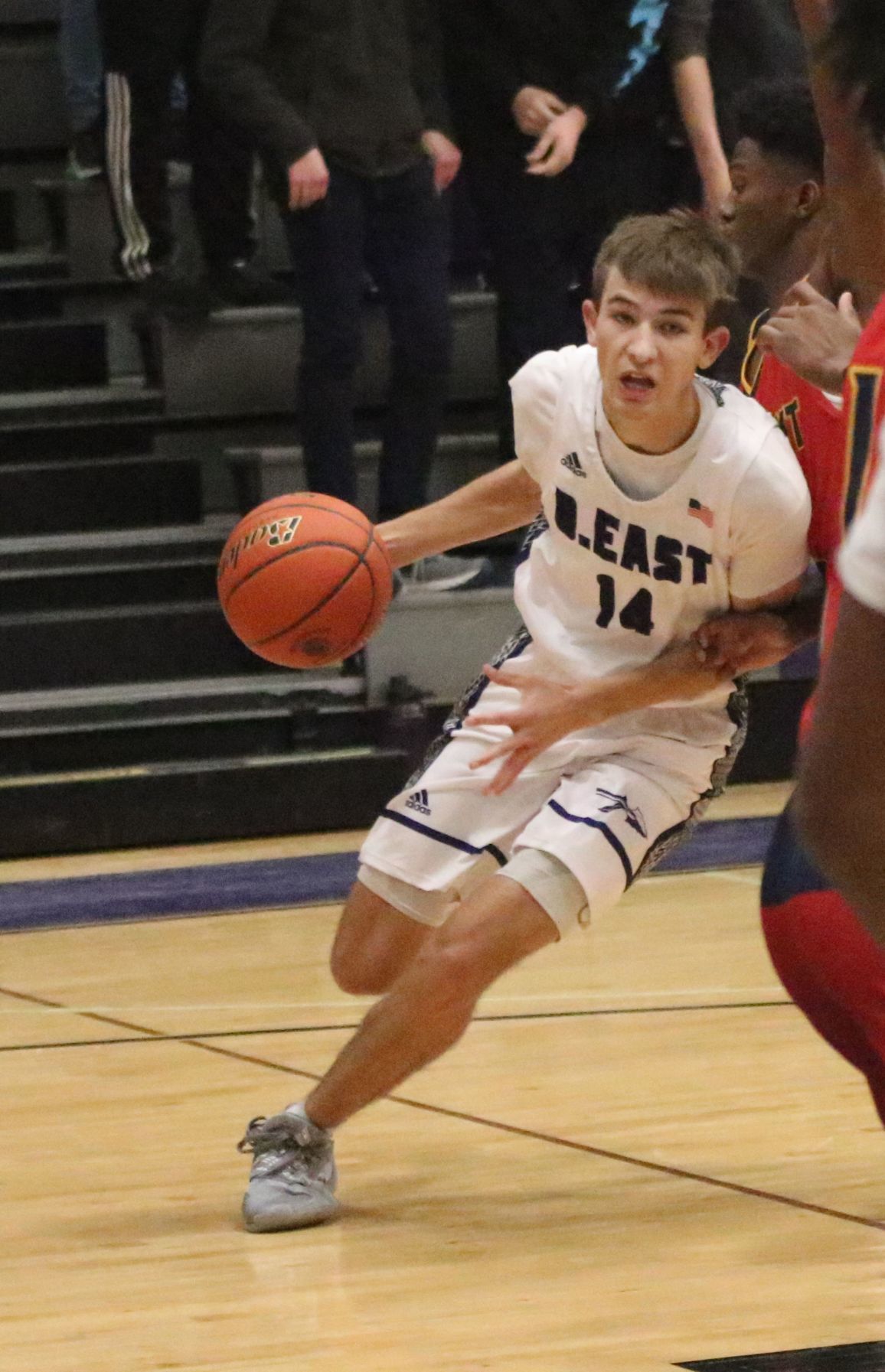 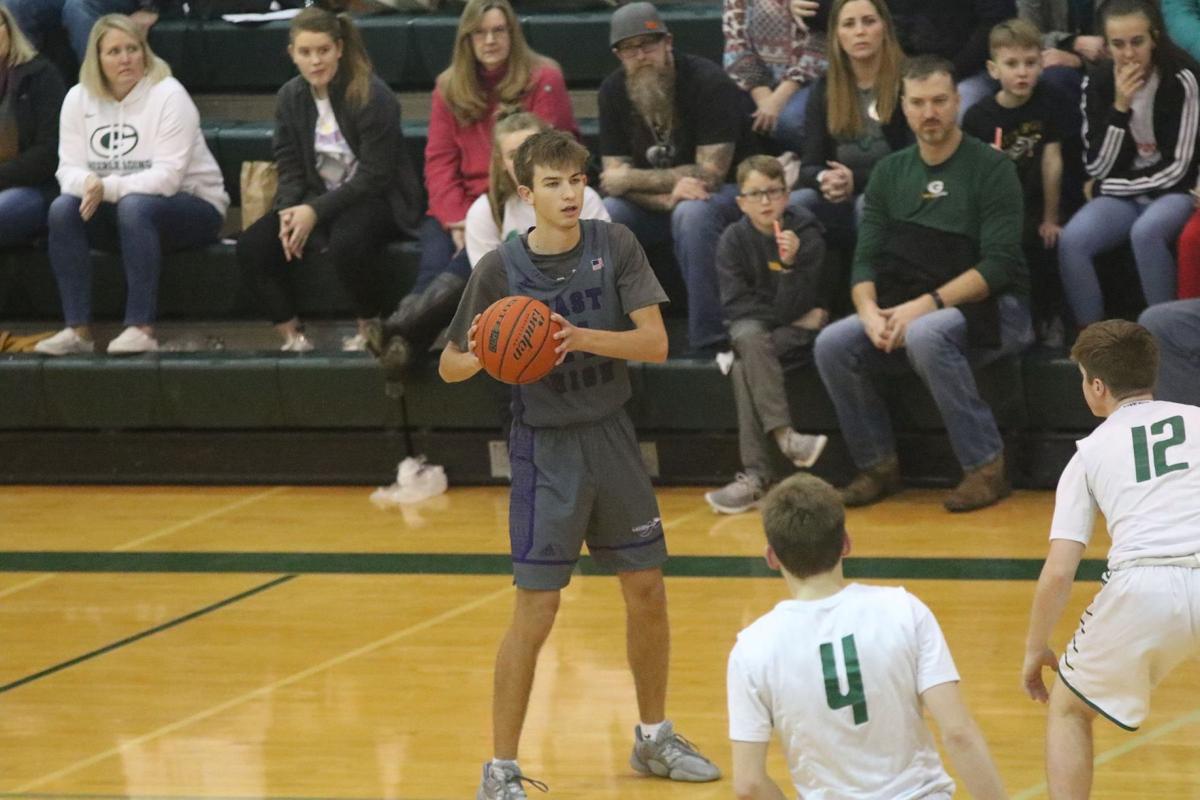 When you think of Omaha and Nebraska basketball, there are some incredibly talented players.

But there’s a prolific scorer sliding under the radar, and he hails from Bellevue East.

Senior guard Joey Skoff is averaging a Class A best 24.3 points per game, a mark which is also good for second in the state.

He also pulls down an average of 3.4 rebounds per game, hands out 3.3 assists per game and comes up with 2.1 steals per contest for good measure.

Some of the most impressive stats for Skoff have come in the biggest games. He dropped a career-high 42 points against Northwest in the first round of the Metro Holiday Tournament.

“It’s a great stadium so it always good to play your top game there and then the atmosphere and all the people that come and watch so it’s nice to make your name more common known around the metro area” Skoff said of playing at Ralston Arena.

“I think we have played pretty well as a team but we just had a tough schedule to start the year,” Skoff said about the teams season thus far.

“It’s getting a little easier now and if we keep playing as we have then we should keep succeeding.

“For myself, I’ve been playing really well; the basket is looking pretty large. It is definitely the best I have played my whole life so it has just been really fun.”

“I think it’s an extremely underrated season,” Mustard said. “I think he is having a great year against great competition.”

He also showed some flashes of the scorer he can be, recording 28 points against Benson, 27 against Lincoln Southeast, North Platte and Northwest and 26 points against North.

What he has been able to achieve in his final season is consistency and greater efficiency.

“He had a really good summer,” Mustard said.

“He continues to work hard to build his body he is just late bloomer physically.

“I think that is why people underestimate him. They are like ‘wait, that guy scores 25 a game?’ and yeah he does and he does it playing 32 minutes a game.

“He’s super tough and a team player. If you check his stats it’s not 25 points per game on 25 shots a game. It is really efficient.”

Skoff showed some ice in his veins as well against Gretna on Jan. 24.

Down two with 10 seconds left, the Chieftains turned to Skoff to win the game and he was fouled with 0.8 seconds left shooting a three-pointer. Skoff calmly walked to the line and won the game for East with three free throws.

“It would’ve been great if the shot went in,” Skoff said with a laugh.

“But I have been playing basketball since like second grade so I have been in pressure situations before.

“I have had stuff to help me get ready for that moment and then it’s just free throws.

“You shoot them every day and you don’t think about it too much.”

As for it being a road game, that didn’t matter to Skoff.

“It was a good crowd and a fun environment,” Skoff said. “I just blocked it out. I felt like I was the only person in the gym when I was shooting.”

Skoff is a three-sport athlete, so there is not much in the way of an off season. He did try to work on some things over the summer though.

“Just getting quicker and more athletic. A little better shooter,” he said. “Exploding near the rim to jump higher and finish better and just athleticism”

“It speaks to his athleticism. He’s an aggressive player but he’s way more athletic than people give him.,” Mustard said.

“He’s a three-sport athlete which probably contributes to his sleek stature because he doesn’t have time to be in the weight room training all the time.

“In the summer he’s playing all three. It’s really about body control and athleticism.

“He can get to the rim, hang and get his shoulders going to the rim. He’s just got some things physically that other kids can’t do.”

Skoff recently announced his commitment to Morningside College for his collegiate career. Morningside is currently ranked No. 1 in the NAIA and is 23-1 on the season.

“I had a few decisions and I was going to wait until the end of the year,” Skoff said. “But they are No. 1 in the NAIA and a few of my buddies are going there already and I have played with them since third grade so I already have chemistry with them.

“It just felt like the best fit for me and I can go and succeed there right away with them and have good team bonding. It is already built for us when we get there.”

“Coach Miller, their top assistant, is from Gretna so he brings a lot of kids from this area in there and that just shows Omaha and Sarpy County kids that it is a good place to play because he knows their style,” Skoff said.

“I think they are a great program,” Mustard said about Morningside.

“Obviously they are ranked in the top 5 and maybe No. 1 right now and they actually have an old class so they have some guys graduating and there will be an opportunity to play right away.

“It’s a storied program. I played against Morningside 20 years ago.”

Skoff also points to his team chemistry and as a big reason for his success.

“I know the seniors, me, Gage Dengel and Lavonte Howard, have been together since like fifth grade,” he said.

“Then some of the young guys came up here in eighth grade like I did so we have been playing together for 2-3 years so it has been easy to bond with them and learn how they are as a person and a player.”

East currently sits at 7-9. The Chieftains have a favorable schedule ahead and will look to bolster their record and confidence heading into districts in hopes of earning a state tournament bid.

Skoff also credits Mustard for getting him in the gym early and trusting him on the court.

“He kind of brought me up here my eighth grade year and I would come up here and play open gym in the mornings and after school so I have been a part of this for five years now,” Skoff said. “It is a big part because I know he trusts me to make the right decisions and I have known that for four years now.”

Skoff, along with the other seniors, have left a mark on the East program forever.

Skoff’s only wish is to see that continue.

“The person I looked up to the most was Eric Lenear, who is at York now,” Skoff said. “He just showed me what hard work is and even if you are underrated, just work hard every day and you will eventually get to where you want to be.

“I just want to make sure when me and Gage and the other seniors get out of here they keep the same work ethic as we did and hopefully they keep building as a program.”