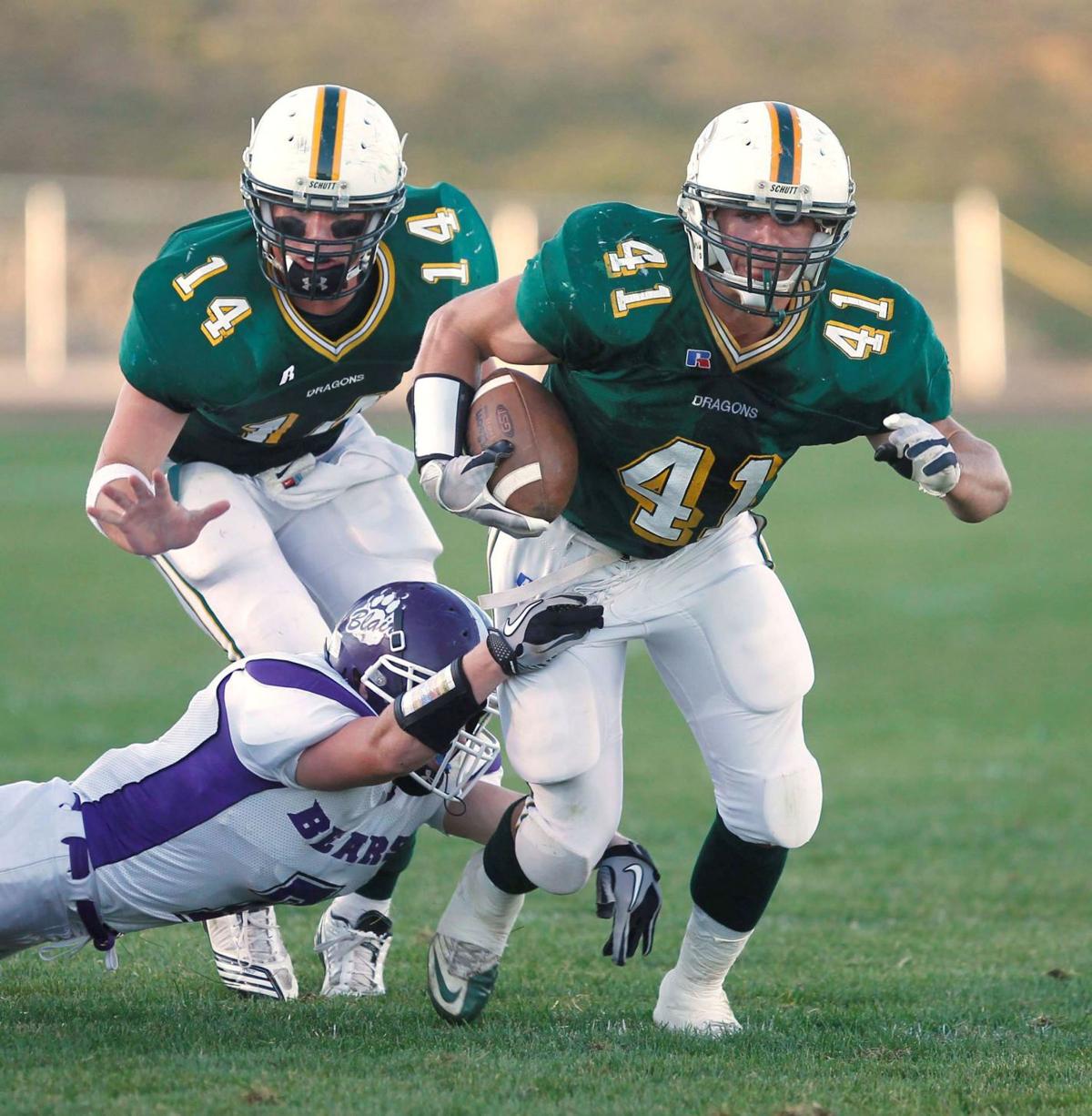 Andy Janovich breaks free from a tackle during a 2011 game against Blair. 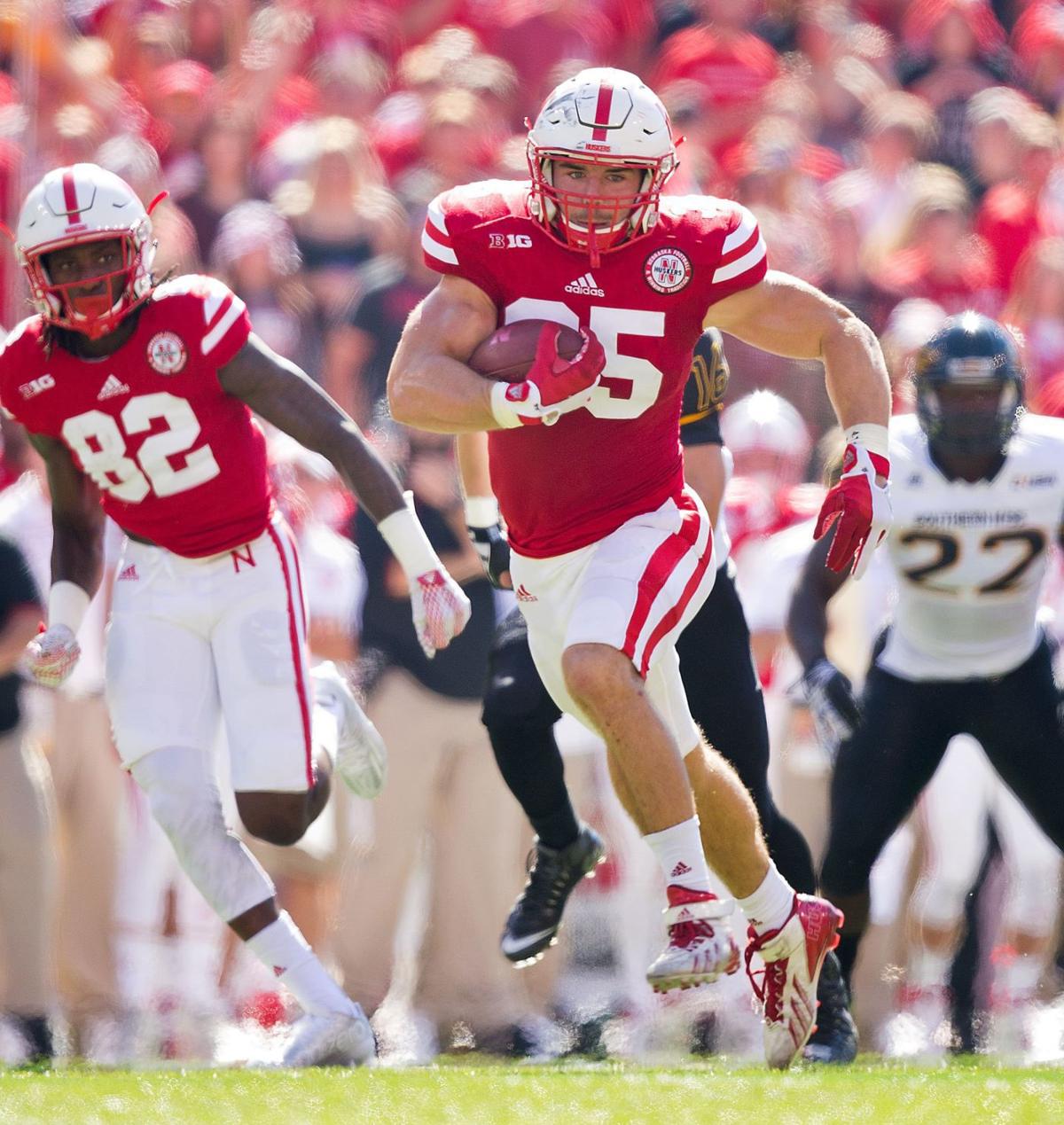 Andy Janovich breaks free from a tackle during a 2011 game against Blair.

The path to the NFL is a long and rare one. Few athletes ever get to step foot on an NFL field and even fewer find success in doing so.

For Gretna High School graduate Andy Janovich, he has found success where so many others have struggled.

The former Dragon forged his path to the NFL through University of Nebraska and then onto the Denver Broncos. A month ago, he was traded from the Broncos to the Cleveland Browns, where he will look to continue his success as an NFL fullback, a position and art that many feel is of the past. He was a sixth-round pick to the Broncos in the 2016 NFL draft.

It has obviously been a strange time amid the coronavirus pandemic and Janovich is not immune to the government regulations. Janovich has not had the opportunity to go to Cleveland yet and for the past three weeks, he has been in Gretna trying to stay in top shape and healthy for the upcoming season.

“At first I just tried to stay fit at home because they closed down all the gyms,” Janovich said. “I’ve been back in Gretna and just working out at my dad’s house which is where I worked out as a kid.”

He said the Browns reached out to him after the trade and sent him a team issued iPad to keep him busy in his down time.

“They sent me an iPad and every NFL team is closed down right now so I’ve just been studying on the iPad and whenever this lets up then they will tell us when to show up,” Janovich said.

In his NFL career, Janovich has 13 carries for 51 yards and three touchdowns and 22 catches for 233 yards and a touchdown.

While Janovich enjoyed his time in Denver, he is excited to make a go of it in Cleveland and be on a team that is looking to be on the rise.

“I’m really excited,” Janovich said. “I figure they will use the fullback a lot. My buddy Ryan Miller was in Cleveland in 2012 and he loved it. He said if he could pick anywhere to go back and live it would be there, so I am very excited.

“He’s already told me some places to go and what not.”

Janovich also looks back on his time at Gretna with a smile and has great memories as a Dragon.

“I loved high school,” Janovich said. “High school was a lot of fun and back then you are just playing football and that’s all you ever want to do and we had a lot of success. A lot of my good friends are still from my high school team.”

Janovich experienced great success at Gretna, including two state wrestling titles his junior and senior season, finishing a combined 99-0 in those two seasons.

“We were successful,” Janovich said about his time at Gretna. “We made the [football] semifinals my senior year and in wrestling I won states my junior and senior year and I really enjoyed that. High school was probably the most fun. Now it is a little more serious and if you screw up you get yelled at more and you can get cut so that’s the downside about the NFL.”

Janovich isn’t the only family member that is forging an impressive path through Gretna athletics.

Skylar McCune just finished her impressive sophomore season for Gretna volleyball that resulted in a state runner-up finish and some of her best performances came in the state tournament. She was a first team All-In The Game selection this past fall.

She is also Janovich’s niece.

“I haven’t had too much of a chance to see her play because I’ve been in Denver, but from what I’ve heard from family she’s one of the best there is in high school at what she does so that’s really cool, especially knowing that she’s your blood and your niece,” Janovich said.

For someone who grew up in Nebraska and just down the road from Memorial Stadium in Lincoln, playing for the Big Red was a dream come true.

“It was awesome,” Janovich said. “I remember the first time I walked out there just getting chills and goosebumps. You try not to get caught up in the moment because you have to focus on playing but it was an awesome feeling.

“It’s hard to choose whether I enjoyed high school or college more, but playing at Nebraska was an unbelievable experience and growing up in Nebraska you can’t beat that either.”

It is a great feeling when dreams become a reality. However, for Janovich, that did not happen until his senior year at Nebraska.

“Honestly, not really until my senior year of college,” Janovich said about realizing his NFL potential. “The first couple of years I did not really play at all and then Mike Riley came into the program and they decided to use me quite a bit and I had a lot of success there. When I got invited to the combine, I didn’t think that would happen so from there I knew I had a chance.”

In Denver, he was praised for his hard work and knack for grinding each and every day on the practice field. Teammates like Phillip Lindsey talked about Janovich and the way he can inspire others with his hard work. For Janovich, it is just who he is.

“That’s just how I’ve always approached it,” Janovich said. “I’m not a huge talker or anything like that. I would rather nobody knows who I was, show up, work hard and get a paycheck to do it. If you keep working then hopefully people see that and they follow in your footsteps.”

That reputation can be useful for a team like Cleveland, a team that has all the eyes on them this upcoming season, particularly quarterback Baker Mayfield.

Janovich hopes that his story and path to the league can give other kids hope that if they work hard and put their head down with a goal.

“I think so, at least a little,” he said. “A lot of kids that play football want to do that and dream about since they were kids, so to see someone else that has already done it they might feel they can do it, too. They can say ‘why not me?’ “

Janovich suffered a dislocated elbow during week 11 of the 2019 season and did not play the rest of the season, but he is past that now.

Janovich has been a fan favorite everywhere he has played. He thinks being a fullback has something to do with it.

“I think a lot of people grew up loving fullbacks,” Janovich said. “You don’t see a lot of fullbacks nowadays whether it is college or the NFL.

“I think people want to relive the old glory days so when they see somebody that is playing fullback I think they remember that.”

With Cleveland’s new head coach Kevin Stefanski and talented young running back Nick Chubb, Janovich hopes the Browns turn to the running game to make it easier on the talented but young Mayfield.

“I hope we run the ball,” Janovich said. “That’s what you want to do and if you run the ball you open up the rest of the playbook. If we can run the ball down everybody’s throats I think we are going to be a great team.”

The Browns finished 6-10 last year but after adding a new coaching staff and guys like Janovich, Austin Hooper and Jack Conklin, Cleveland looks to be a contender in the AFC North.