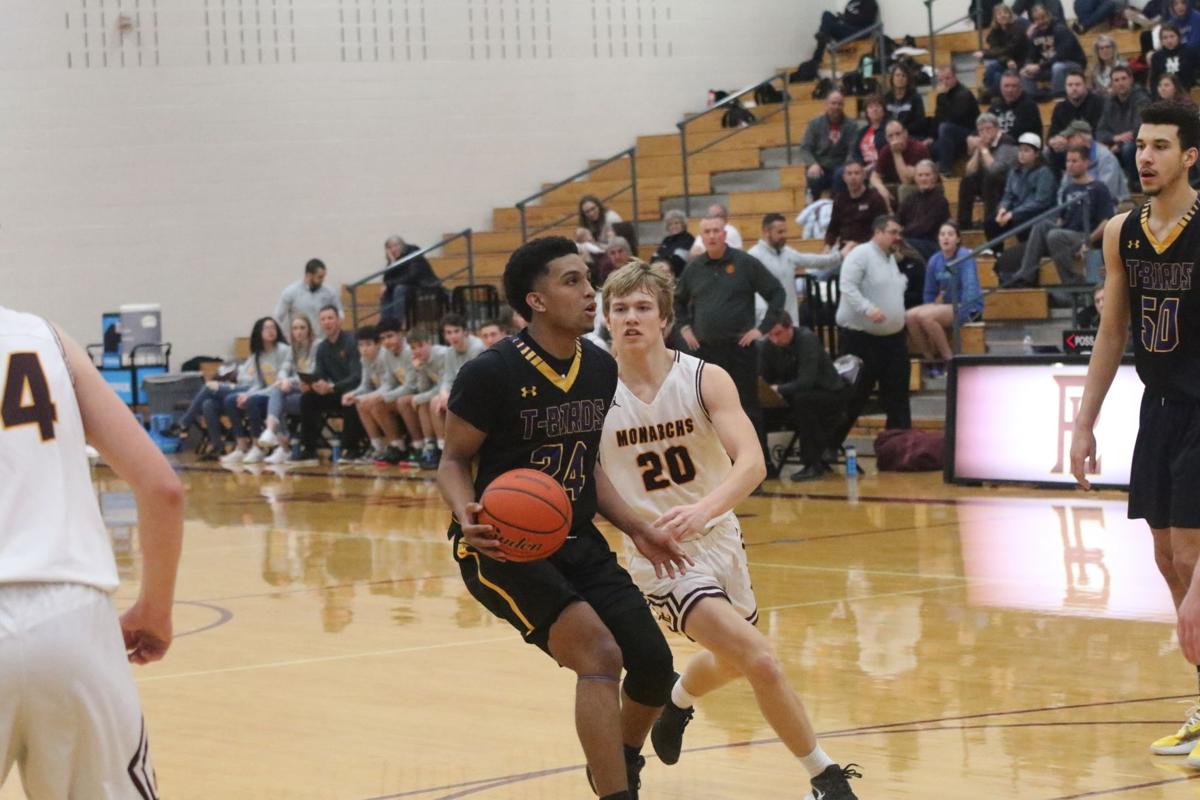 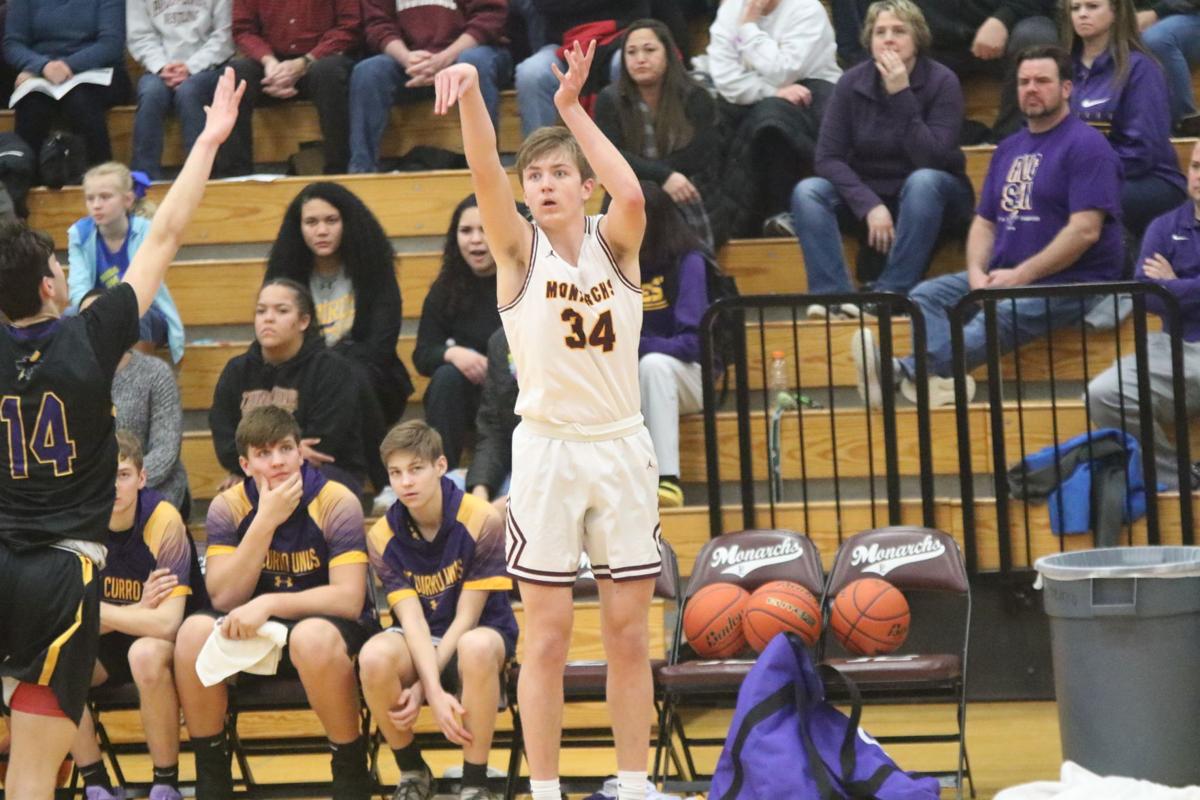 When No. 3 ranked Bellevue West went to take on the No. 9 ranked Papillion La-Vista Monarchs, it was sure to be a back and forth game.

That is exactly what the packed house crowd got.

Bellevue West got out to a big lead early, going up 11-2 with three minutes left in the first quarter. The Monarchs got a couple of much needed baskets to make it 11-6 heading into the second quarter.

For the first three minutes of the second quarter, it was all Monarchs.

Chase Lett hit a layup and a quick steal and a bucket by McLaughlin made the score 11-10 Bellevue West.

After trading some baskets, the score was 19-19 with a minute left in the half. Both teams were on their A game on the defensive end of the ball in the opening half.

John Shanklin and Trey Hepburn each made baskets to push the halftime Thunderbird lead to 23-19.

“I think they had 12 or 13 turnovers at the half and that was a point of emphasis for us,” Bellevue West coach Doug Woodard said.

“When they have freedom of movement and they are allowed to flow, they have a lot of shooters, they share the ball well and are a very good basketball team.”

“We tried Owen McLaughlin and Joey Hylok on Chucky (Hepburn), limit his touches. He wasn’t as aggressive as he was when he started going off but they did a good job.

“Offensively, we like to run but if we want to have longer possessions to keep the ball away from them because they like to run, and we did a pretty good job of that.”

Moore said, “13 turnovers and only being down four I was pleased, not with the 13 turnovers, but we battled.”

To open the second half, Lett knocked down a three-pointer for Papio to cut the West lead to one.

Frankie Fidler answered on the other end with a basket to make it 25-22 West.

After trading baskets some more, Chucky Hepburn gave the Thunderbirds a 28-26 lead with a mid range jumper. Kyle Ingwerson then knocked down a three to make tit 29-28.

Hepburn and Hylok traded baskets to make it 31-30.

Chucky Hepburn then made another layup and split a pair of free throws to give the Thunderbirds a 33-31 lead and give himself seven straight points.

Luke Lindenmeyer gave the Monarchs the lead right back with a three-pointer from the wing.

Josiah Dotzler knocked down a three to make the score 36-34. Hepburn scored 11 of 14 Thunderbird points in a row to give Bellevue West a 40-39 lead at the half.

Ingwerson knocked down a three to give the Monarchs a 42-40 lead to open up the final quarter.

The Thunderbirds answered with seven straight points to take a 47-42 lead with 4:09 remaining in he game.

Hylok then found Lindenmeyer on the break to stop the West scoring run.

On the other end, Fidler got a bucket in the paint to give West a five point lead.

West would get enough stops and hit a couple more baskets to take the victory 58-47 as West outscored Papio 18-8 in the fourth quarter.

Moore added, “He can shoot too but he is so deadly when he gets in the paint.”

Woodward said, “Everyone knows he is extremely gifted and as impressive as some of that was it was getting his hands on the ball defensively and getting some rebounds, so it is the whole package with him.”

For the Monarchs, Lett and Ingwerson finished with 13 and 11 points, respectively.

Even though Papio fell in this one and struggled in the fourth quarter, this is a confident team that feels they can play with the top teams in the state.

“There is that next group of five or six that on any given day can be that team. I feel good about our guys, but we have to continue to get better in practice and be determined to get over that hump,” Moore said.

• Bellevue West 91, North Star 88 — The Thunderbirds came out victorious over a talented North Star team in this high scoring affair. Chucky Hepburn led the way with 27 points on 10-for-17 shooting.

• Papillion-La Vista 67, Lincoln East 40 — The Monarchs bounced back after a tough loss to Bellevue West with a convincing victory over Lincoln East Spartans.