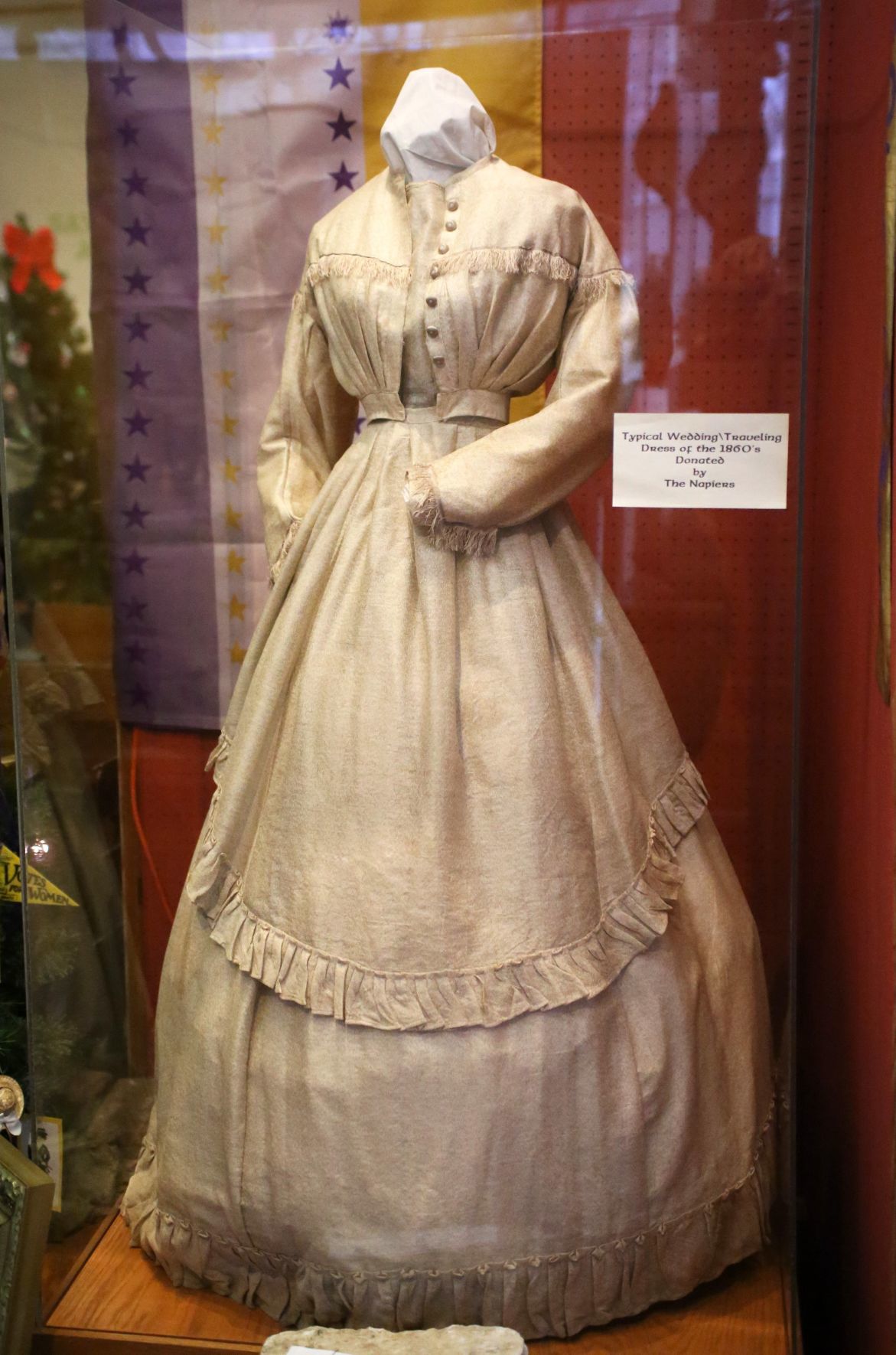 This wedding dress is on display at the Sarpy County Museum. The museum will hold a historic wedding dress display in 2020 as part of its exhibit highlighting women’s history in the county. 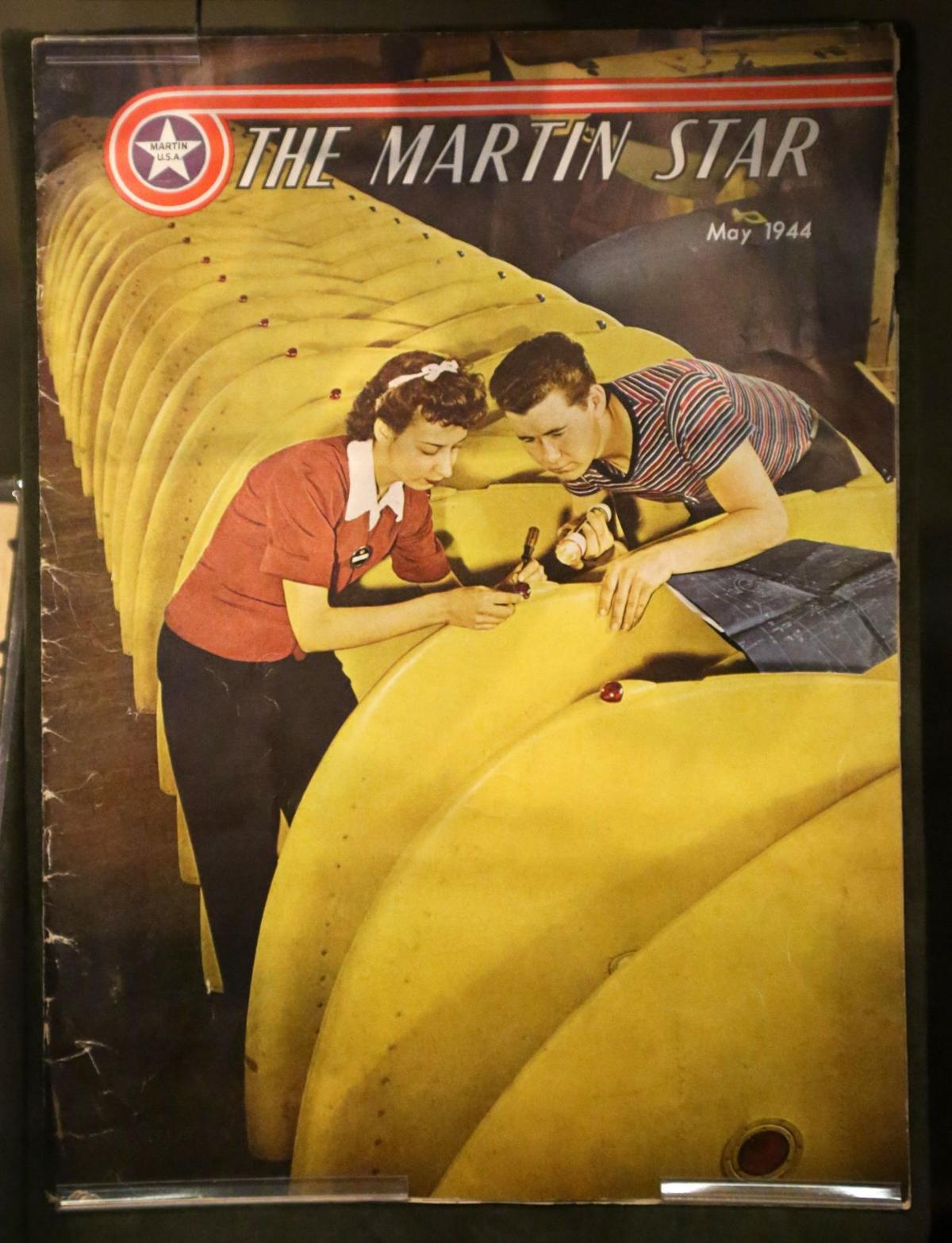 This magazine, on display at the Sarpy County Museum, shows a woman at work at the Glenn L. Martin Bomber Plant. About 40 percent of the workforce at the plant was women.

This wedding dress is on display at the Sarpy County Museum. The museum will hold a historic wedding dress display in 2020 as part of its exhibit highlighting women’s history in the county.

This magazine, on display at the Sarpy County Museum, shows a woman at work at the Glenn L. Martin Bomber Plant. About 40 percent of the workforce at the plant was women.

Hindsight has 20/20 vision, so goes the saying, and it is kismet the year 2020 provides the Sarpy County Museum the opportunity to commemorate the 100th anniversary of one of the great achievements in American history.

The 19th Amendment to the Constitution, which declares “The right of citizens of the United States to vote shall not be denied or abridged by the United States or by any State on account of sex,” was ratified on Aug. 18, 1920.

The Sarpy County Museum, at 2402 Clay St. in Bellevue, is using the centennial of the defining work of the women’s suffrage movement as the “opening door” for its 2020 theme of highlighting women in Sarpy County.

“Voting is a powerful tool that was not always an automatic and I think we as an American society have worked hard to obtain and maintain voting rights in this country,” Executive Director Ben Justman said.

“As a whole, when it comes to American history, we tend to take for granted everything that’s come before us, and all the work and efforts and sometimes turmoil that’s happened for us to get where we are today.”

Justman and volunteers are going through files looking for stories to highlight, and they are asking for Sarpy County residents and organizations to submit files, artifacts and other information about significant contributions women made to the county.

One story to highlight is Cordelia Gramlich Borman, who in 1916, four years before the 19th Amendment was ratified, was the first woman to hold political office in the county when she was elected superintendent of Sarpy County’s schools.

Another is Mabel Gillespie of Gretna, who in 1924 was one of three women elected as the first women to serve in the Nebraska Legislature.

“Once you really start peeling back layers, women have been involved in every aspect here,” Justman said.

Contributions from the community could also include anything about women in the household, women in sports — Papillion had a robust women’s sports club until the 1920s, Justman said, and that culture re-emerged in the 1970s — women’s clubs, women in the workplace and women land owners who inherited land after their husbands died without a male heir.

“It’s pretty cutting edge in 1870 to have a woman in charge of a considerable acreage,” Justman said.

About 40% of at the Glenn L. Martin Bomber Plant workforce during World War II was women, Justman said, ranging from clerical wokers to welders, although women in the workforce goes beyond the stereotypical Rosie the Riveter and the misconceptions the iconic poster spawned.

“There’s really some individual great stories once you dig beyond that poster,” Justman said.

People often make requests for a wedding dress display, Justman said, so the museum will display wedding dresses that show the evolution of the dress through history.

The museum will host one program a month from January to April outlining women’s history in the county, and the women’s history and wedding dress exhibit will be on display beginning Sept. 8.

“What we have on display and on exhibit is only a fraction of the historical findings we ultimately find,” Justman said. “There’s just so much more little anecdotes and things like that.”

Jan. 26, 2 p.m. — A historical look at women in Omaha by University of Nebraska at Omaha professor Dr. Elaine Nelson.

Oct. 10 — Save Our History Annual Fundraiser.