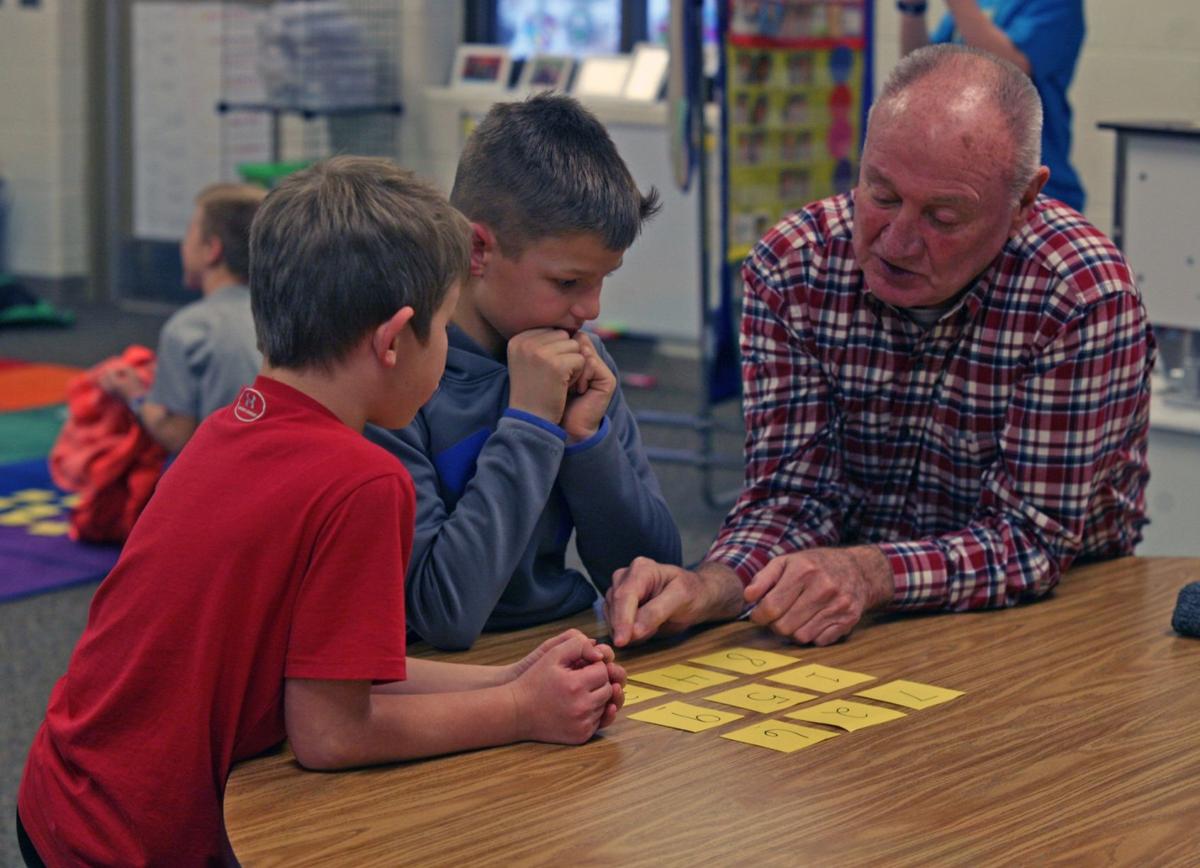 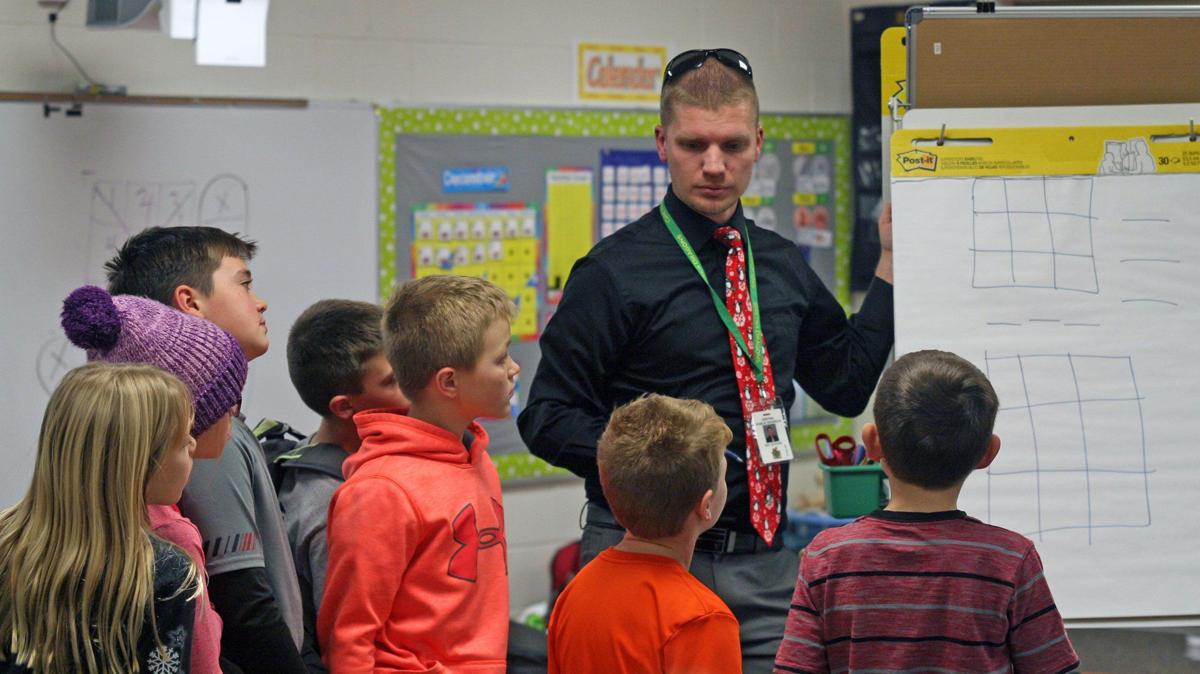 After working on their own, students come together with teacher Andrew Boone to discuss different strategies they used on the Magic Square problem. 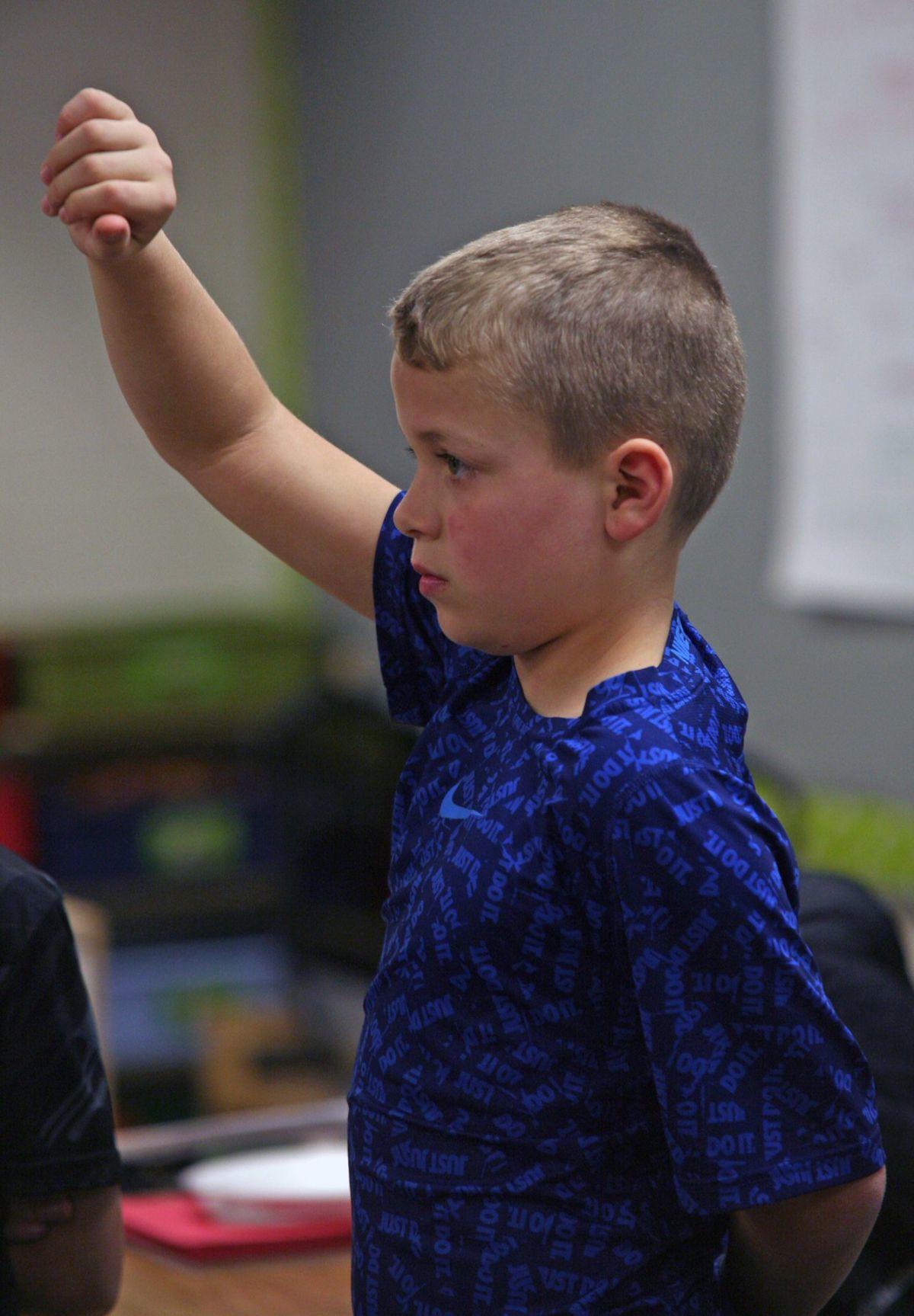 After working on their own, students come together with teacher Andrew Boone to discuss different strategies they used on the Magic Square problem.

New this year at Thomas Elementary School, Math Mania is a club for third grade students interested in exploring math.

“The mathematical problems we focus on require collaboration with others and thinking more deeply about a problem than just doing rote calculations,” said Jill Grant, Thomas High Ability Learner teacher who cosponsors the club with kindergarten teacher Andrew Boone.

The club got its start after both Grant and Boone went through the Primary math/I-Team math cohort through the University of Nebraska–Lincoln, fueling their goal to show students that math is everywhere.

Any third grader who wanted to participate could sign up. Originally, the sponsors planned 10 sessions for about 24 students. When 50 students signed up, they decided to offer two five-week sessions so that everyone could participate.

On Dec. 16, students focused on a Magic Square problem, where they had to organize the digits one through 9 into a three-by-three square so that all of the rows, columns and diagonals had the same sum.

They have also focused on patterns, number talks, combinations and permutations.

“Through the club, Mr. Boone and I hope to spark positive interest and a lifelong love of numbers and mathematics,” Grant said. “The club has been received well so far. We are excited to see how our second sessions goes.”