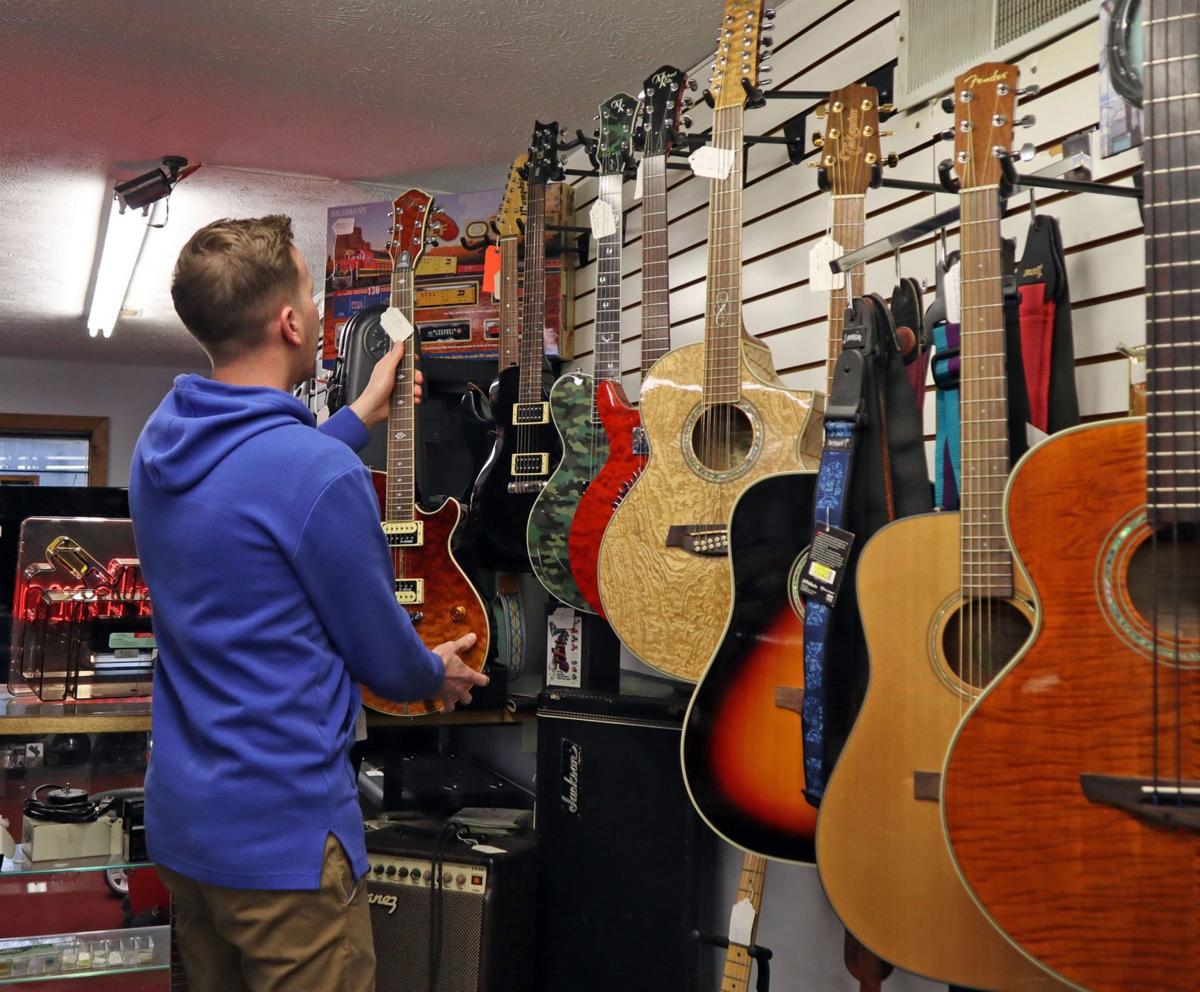 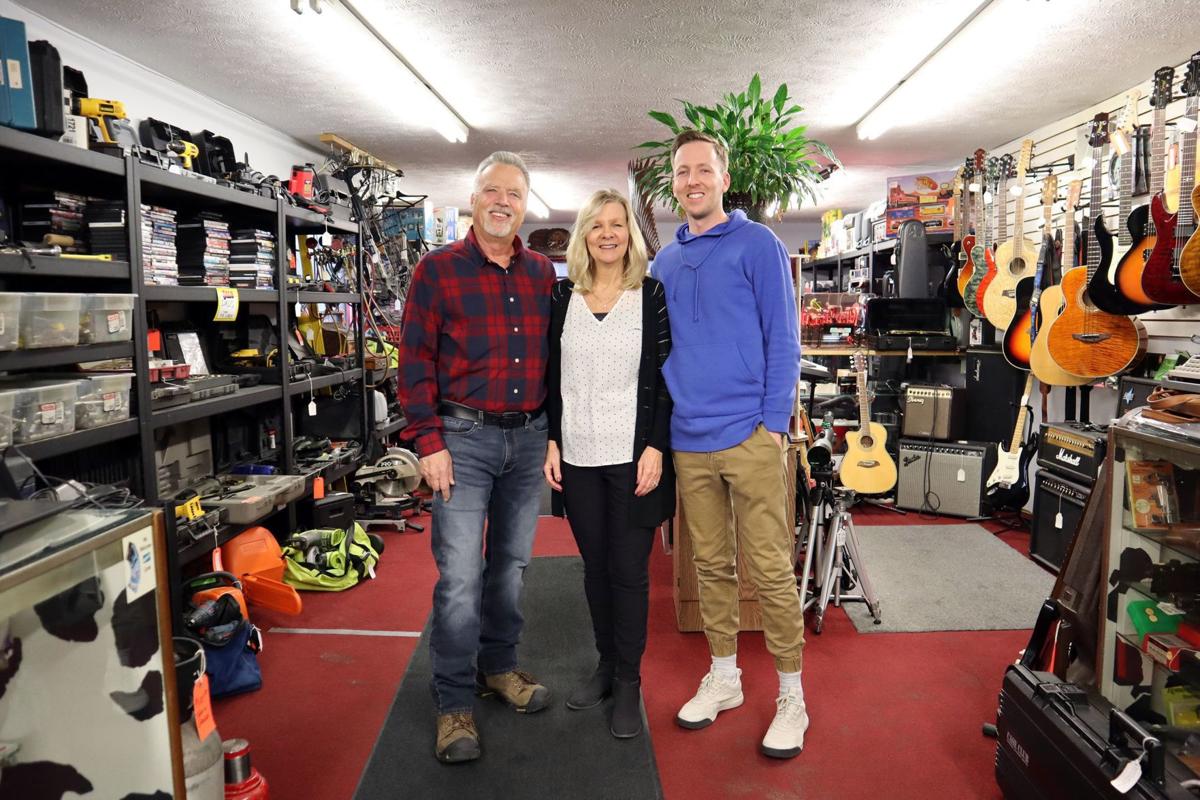 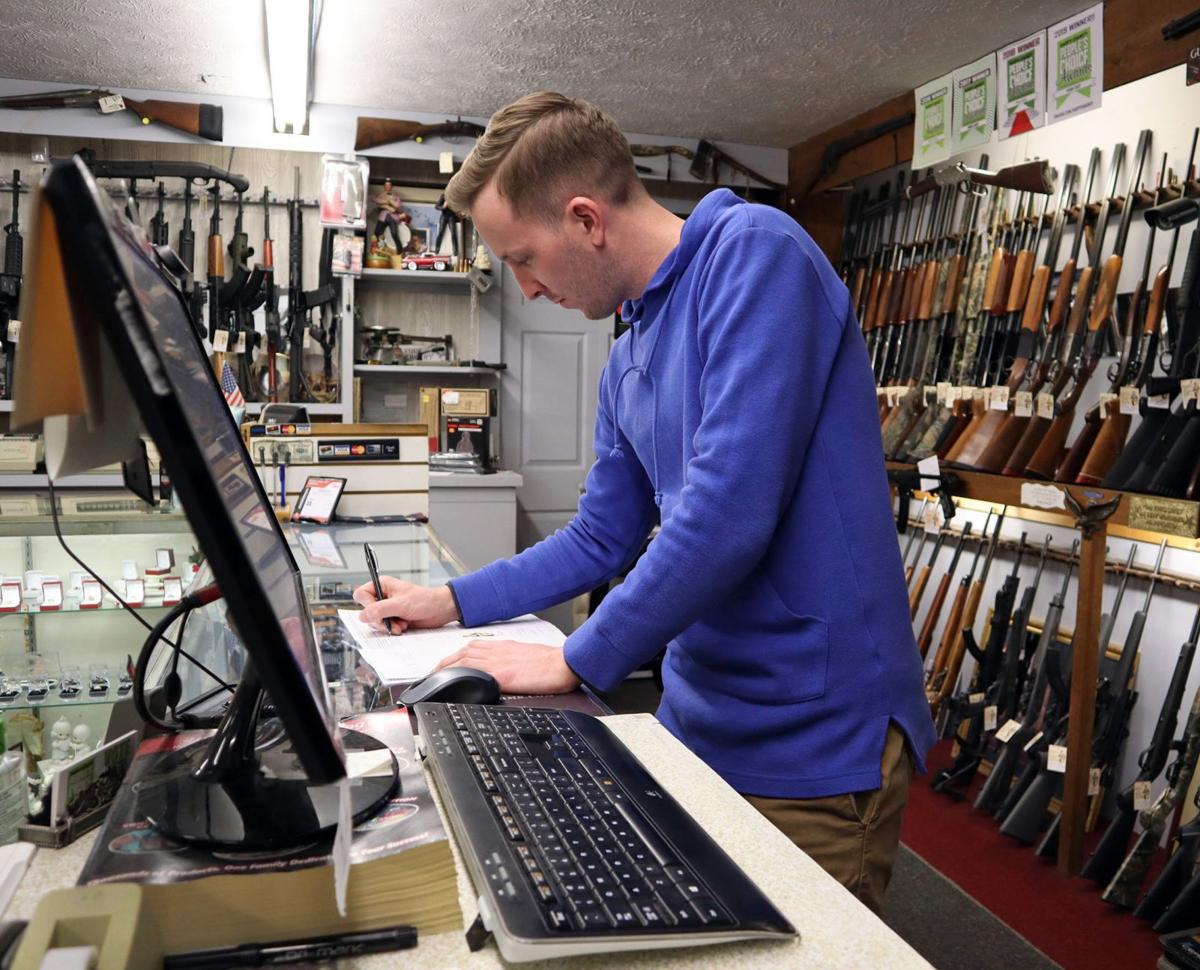 Bud's Pawn Shop employee Derek Swain completes through paperwork during the shop's downtime Wednesday. Swain is the son of the shop's owners Ron and Shan Swain.

Bud's Pawn Shop employee Derek Swain completes through paperwork during the shop's downtime Wednesday. Swain is the son of the shop's owners Ron and Shan Swain.

When he started working at Bud’s Pawn Shop three years ago, Derek Swain said he didn’t think it would be something he wanted to keep doing, but a family tradition has kept him in the business.

Bud’s Pawn Shop opened in 1973 under the ownership of Swain’s grandfather, Lloyd “Bud” Holtberg. Holtberg opened the shop after serving in World War II and working 25 years as a typographer at the Omaha World-Herald.

“For people to see the transition from my grandpa, to my parents and now to me . . . having three generations of family here, that is really neat,” Swain said.

Derek Swain said his father made Bud’s Pawn Shop at 2407 Lincoln Road what it is today.

“My grandpa’s shop was never anything super big. My dad turned the business around and made it pretty amazing,” he said.

Swain said his parents ran the business for over 35 years before he took over operations so they could pursue other lines of work and eventually retire.

“Both of my parents still help out a lot,” Swain said. “My mom does the books and my dad and I switch off working the weekend shifts. It’s still very much a family business.”

Swain worked at TD Ameritrade for about 13 years, he said, and, after a short stint in real estate, he came to help his parents with the pawn shop.

In that time, he said he’s built relationships with many of the shop’s regular customers.

“We see it all,” he said. “People that come in seeking a loan are hurting. They just need help.”

The shop offers loans based on the value of the customers’ collateral, not by their credit score. They have 120 days to pay the pawn loan in full to receive the collateral back or pay the pawn interest charge for the next month to extend the loan for another 30 days.

If no payment is received within 120 days, the collateral will be put out for sale.

Swain said he wants people to view the pawn shop as a small bank.

“You’re coming in with collateral, and you’re leaving with fast cash,” he said. “We’re just making interest like a bank would, but at a much smaller percentage.”

As for the collateral, Swain said the items brought in can be quite fascinating and sometimes odd.

“The first time he came in, he actually brought the teeth with him. We politely asked him to just bring the gold next time,” Swain said.

His mother said she’s seen her fair share of peculiar items brought into the shop.

One of the shop’s regulars, she said, would bring in a gold necklace that had a tiny urn of his wife’s ashes attached to the end. The shop would take the necklace because the gold was valuable, but to its owner it was the ashes, she said.

“He always came back for her.”

As business has slowed the last few years, Swain said he’s turned to e-commerce to keep the family business alive.

Swain said he feels it’s important to take advantage of the online aspect of business.

“It’s always evolving. It’s constantly changing,” he said. “I’ve sold so much online recently [that] I only have six items left on our eBay page. I’ve been looking around thinking what else can I put on?”

Robbie McEvoy is a student at the University of Nebraska at Omaha and her story was an assignment in a newswriting and reporting class.