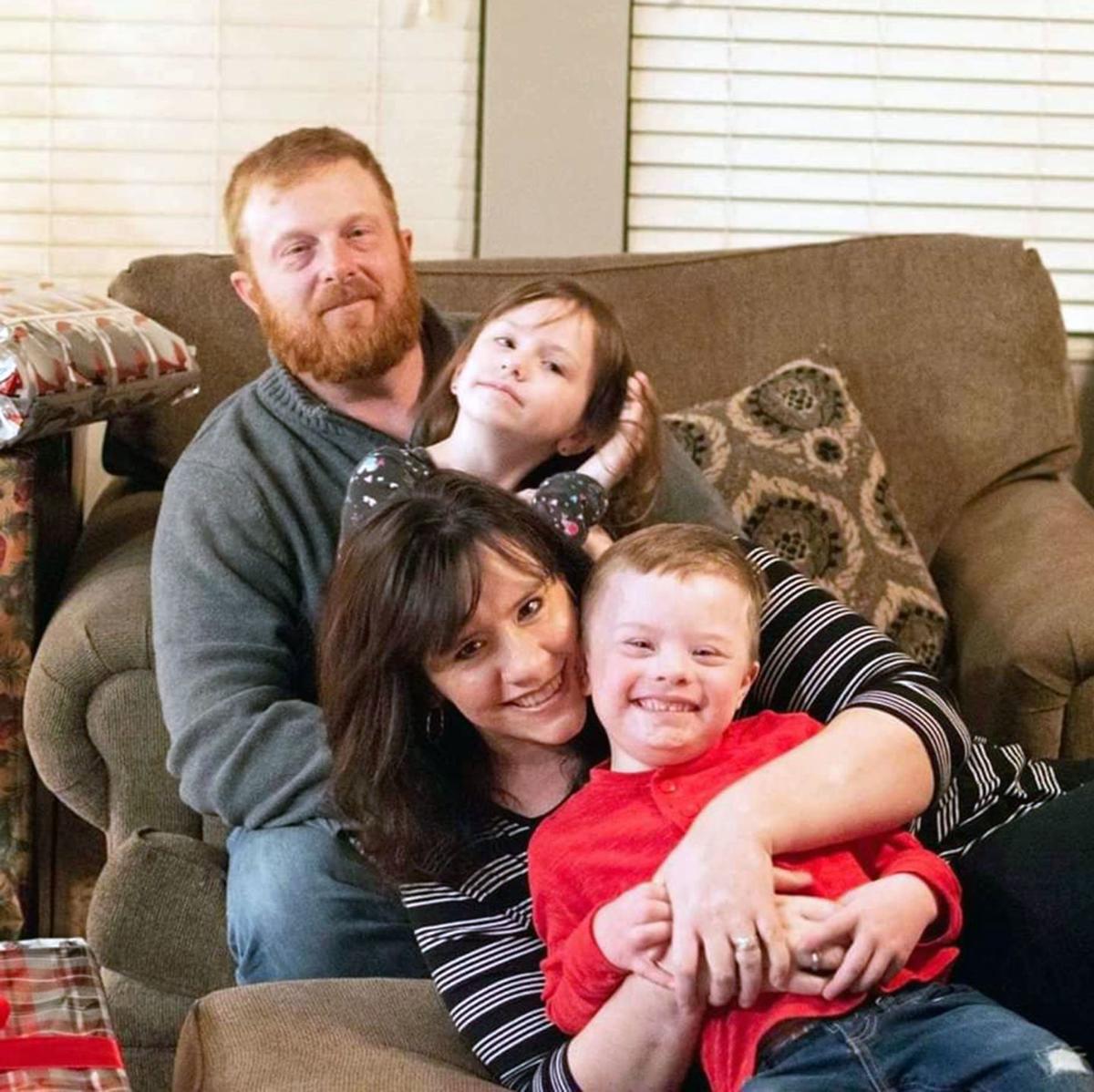 The Lewmans of Bellevue pose for a family photo. They’re fundraising to create a special needs daycare in Sarpy County. The idea stemmed from having difficulty finding childcare for their 5-year-old son Joshua Lewman who has Down Syndrome. In front: mother Angela Lewman holding Joshua. In back: father Johnathan Lewman holding Abigail Lewman, 6. 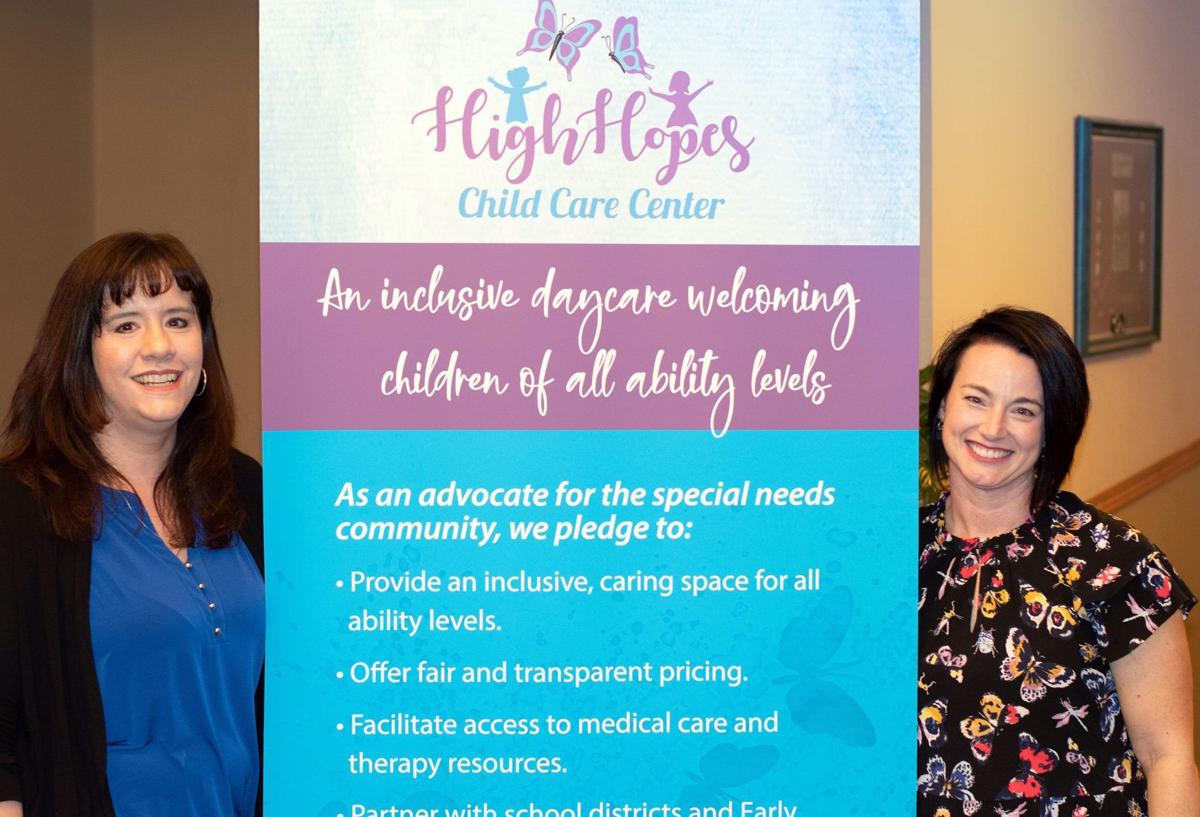 The Lewmans of Bellevue pose for a family photo. They’re fundraising to create a special needs daycare in Sarpy County. The idea stemmed from having difficulty finding childcare for their 5-year-old son Joshua Lewman who has Down Syndrome. In front: mother Angela Lewman holding Joshua. In back: father Johnathan Lewman holding Abigail Lewman, 6.

After their son was born with Down Syndrome, the Lewmans visited daycare after daycare looking for one willing to provide the level of medical care he needs.

Five-year-old Joshua also has other medical conditions including Dysphagia, which causes swallowing issues that require a feeding tube. The only daycare comfortable caring for him was in Omaha, which wasn’t feasible for the working Bellevue family.

Eventually they found a babysitter for their son, but mother Angela Lewman said the experience made them realize a needed service was missing from Sarpy County.

The person who needed to provide it, she realized, was her.

After much consideration, she and her husband Johnathan created a vision for a Sarpy County special needs daycare, High Hopes Child Care Center, and they’re asking for help from the community to get it started.

Since designing their daycare’s plan, the Lewmans have created the High Hopes Foundation with the help of partner Jennifer Peters, outreach and development director.

Peters, who is also a mother of a special needs child, found out about the project and asked to help out with the nonprofit application. Angela Lewman said the foundation will provide support to financially struggling families.

At least $50,000 is needed for a loan to start the daycare, but Lewman said they’re hoping to raise more than that to be able to build their own facility. Donations are being accepted via Paypal online at highhopescare.com/donate.

The group held its fundraising launch party in October at the Platteview Golf Club, where they raised $6,000. The next fundraiser will be April 19 at 2 p.m. at Bellevue West High School, with a comedy show starting at 3 p.m.

The ideal location would be near Highway 370 and 36th Street because it’s in Bellevue but still close for those in Papillion and Plattsmouth.

Half of the children in the daycare would be special needs, while the rest would be typically developing children, prioritizing siblings. Lewman said the inclusion would allow special needs children to learn and grow from peers, as well as teach typical children empathy and understanding.

Having grown up with a special needs step-sister, Lewman remembers spending countless hours running to and from appointments and hospitalizations. Even though she understood why, she said it can be hard on children who don’t receive as much attention as a sibling.

She also sees the effect it has on their 6-year-old daughter, Abigail.

“When you’re a child and you don’t understand everything, a lot of times it feels like they’re the favorite or they get all the attention,” Lewman said. “There really was a lot of time spent supporting those needs, and I don’t think anyone begrudges that, but it does take a toll on the family.”

To ease that burden, they’re looking into either providing transportation to therapy appointments or bringing in those services to the daycare. That way when families get home, Lewman said they’ll have more time with their typically developing children to do homework or go to piano lessons.

After being turned down from so many daycares, Johnathan Lewman was worried one of them would have to sacrifice their career in order to stay home with their son.

“A facility like this may save someone’s career,” Johnathan said. “This could save families a lot of stress.”

They hope to open the daycare in May 2021, but Angela Lewman said it all depends on the community’s support.

She’s optimistic that they’ll raise the funds needed. When Joshua was born, Angela’s mother told her, “God doesn’t order anything that he doesn’t intend to pay for.”

Considering Joshua’s nine surgeries — racking up more than $2 million in medical bills — have always been paid for, Lewman said she’s seen that to be true.

“I will keep pursuing this until a door closes, and so far, a door hasn’t closed,” she said.

To be placed on the daycare’s waitlist, visit bit.ly/35Os4fB.