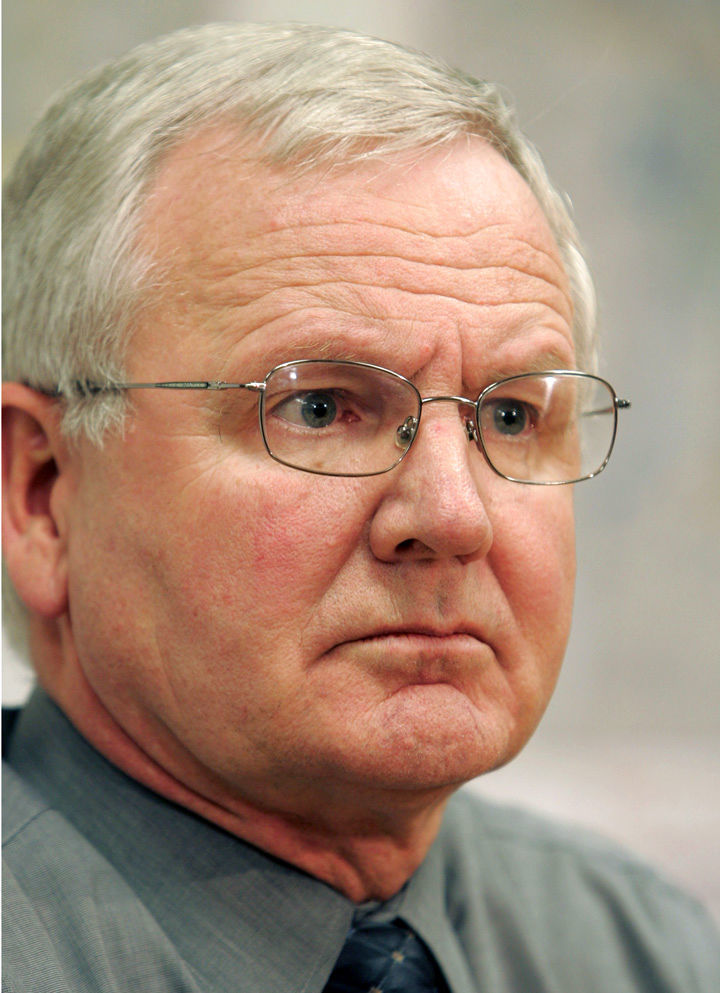 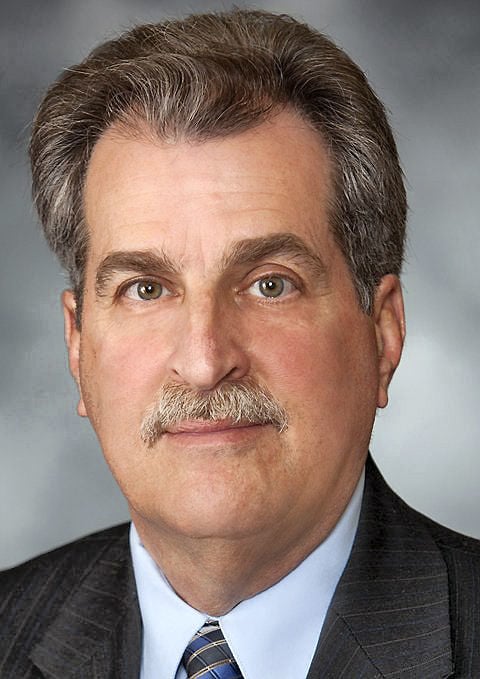 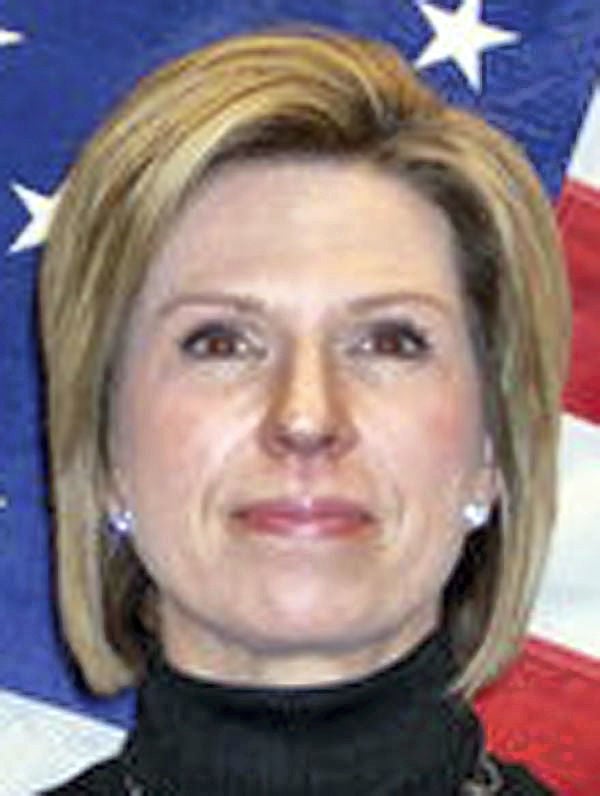 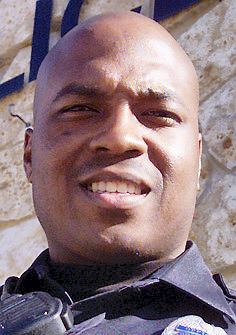 Since June 16, 2017, when the Bellevue Police Officer’s Association filed the first of two complaints against the City of Bellevue with the Nebraska Commission of Industrial Relations, a battle has raged about whether the city tried to stifle union activity and whether the city administrator mischaracterized a critical report.

A BATTLE BETWEEN Bellevue police officers and the City of Bellevue appears to have started with an officer upset that a court appearance would wreck his family vacation.

That acorn of dissatisfaction has grown into an oak tree of argumentation that has landed in the Nebraska Commission of Industrial Relations, where lawyers for the Bellevue Police Officer’s Association accuse the city in two separate lawsuits of persecuting police officers for conducting legally protected union activities. The city has done this, the attorneys argue, by hitting the union officers with investigations and suspensions.

Along the way, the vacation-deprived officer was fired and reinstated, and the police department’s internal affairs investigator suffered a harsh assessment after an independent consultant assessed two of her investigations.

It’s turned into a big fight, but, according to documents it started small, with an overlooked email.

APRIL O’LOUGHLIN, an assistant Sarpy County public defender, emerged from a jury trial the late morning of Aug. 9, 2016, to find Bellevue Police Sgt. Dontrell Ducker engaged in an animated conversation in a hallway at the Sarpy County Courthouse. He was speaking with Phil Kleine, a deputy Sarpy County attorney, who had just told Ducker that a judge had ordered him to testify at a trial the following day and that a warrant would be issued for his arrest if he did not do so.

Ducker was upset because the judge’s demand wrecked his plans for a family vacation, and he found it “ridiculous” that a judge would threaten to arrest a police officer for anything short of something “extraordinary.”

That afternoon, however, Ducker discovered an overlooked, months-old email delivering a subpoena setting the date of his appearance, after which he returned to the courthouse where he apologized to Kleine, shook his hand, and agreed to appear.

Ducker’s reaction to the judge’s ultimatum became the subject of a misconduct inquiry – a formal Bellevue Police Department investigation conducted by Laurie Synowiecki, manager of the BPD’s Office of Professional Standards.

Some two months later, on Oct. 13, 2016, after the conclusion of Synowiecki’s investigation, then-Assistant City Administrator Larry Burks informed Ducker of his termination, citing “multiple occasions” in which Ducker’s attorney allegedly contacted O’Loughlin, which Burks deemed interference in the investigative process.

Burks wrote in a letter to Ducker, “I have decided to modify the Chief’s recommendation and have concluded the only appropriate form of disciplinary action in this instance is termination.”

Convinced he had been unjustly treated and asserting that union attorneys in Nebraska have a statutory right to contact witnesses in disciplinary cases, Ducker appealed his dismissal. He claimed that Synowiecki’s underlying investigation had misrepresented the nature of his conversation with Kleine and omitted information that cast him in a more positive light.

During that appeal, police union attorney Thomas P. McCarty alleged not just the above failings but also that Synowiecki had “intentionally mischaracterized” testimony, had been “untruthful,” had “failed to act with integrity,” had been motivated by personal animosity, falsified statements of official witnesses and abused her authority.

It was a catalog of accusations that would be largely supported after an investigation of Ducker’s charges by civilian consultant Don Eikmeier was commissioned by the city. His report, finalized on April 4, 2017, analyzed not just the courthouse incident but also a confrontation that occurred a year earlier, on Aug. 1, 2015, in the secure parking lot of the Bellevue Police Department.

In his report, Eikmeier found the initial focus of the 2015 parking lot investigation was Officer Frank Vondra, but Synowiecki shifted the emphasis to Ducker. That was not necessarily improper, he found, given that any investigation can lead in several directions.

Nevertheless, Eikmeier questioned Synowiecki’s failure to re-interview any of the witnesses, or the principals, given the new emphasis on Ducker.

He further noted that Bellevue Police Officer Suzanne Kessler denied making “nearly all the statements” attributed to her in Synowiecki’s report, and found that Synowiecki failed to interview an officer-witness who “not only disagreed with Vondra’s charges against Ducker, but he believed that Ducker handled the August 1 incident in a professional and admirable manner.”

Eikmeier found that Synowiecki’s investigation of the 2015 parking lot incident “At a minimum...appears to be incomplete,” that “it could be argued” that it “mischaracterized the incident,” and that either Kessler was “untruthful” in denying the testimony attributed to her by Synowiecki, or “the Synowiecki report regarding the Kessler testimony is untruthful.”

THAT ALL LIE more than a year in the past when O’Loughlin, the assistant public defender, received a call from Synowiecki on Sept. 6, 2016, regarding the courthouse incident that occurred a little more than a month earlier.

According to a transcript of the telephone call, reproduced in Eikmeier’s report, O’Loughlin told Synowiecki that she wasn’t sure the Ducker/Kleine encounter deserved to be considered an “incident,”and added, “I certainly didn’t hear Ducker being rude in any way. Or disrespectful.”

To which, Synowiecki responded, “Okay.”

Eikmeier found that Synowiecki’s final report on the courthouse incident omitted O’Loughlin’s testimony that she didn’t think it rose to the level of an incident, and also omitted her testimony that Ducker had been neither rude nor disrespectful.

He also found that Synowiecki omitted Ducker’s afternoon apology to Kleine, as well as the handshake, which Eikmeier said had been caught on courthouse security cameras and was known to Synowiecki.

Among Eikmeier’s conclusions were that Synowiecki “mischaracterized statements of eyewitnesses” in both the parking lot and courthouse incidents, that she concealed video and audio evidence that fell in Ducker’s favor, and that she dishonestly claimed to have no knowledge of Ducker’s afternoon apology in the courthouse incident.

He referred the city to those conclusions when asked whether Synowiecki had failed to act with integrity, had acted in an unbecoming manner which brought discredit on the city, had falsified witness statements and abused or misused her position or authority.

For her part, in a statement issued earlier this month on Feb. 22, Synowiecki denied any wrongdoing.

“I firmly deny engaging in any intentional wrongdoing or misconduct whatsoever while performing my duties in the Office of Professional Standards,” she wrote. “My unblemished record of public service speaks for itself.”

She said the allegations continue a pattern of harassment she has endured from the BPOA.

“The information that has been inappropriately been (sic) provided to the media by the Bellevue police union (BPOA) is defamatory and yet another example of the harassing conduct of the BPOA,” she added.

By the time Eikmeier submitted his report on April 4, 2017, Ducker had already been reinstated. He was restored to the rank of sergeant with back pay after a Jan. 18 hearing in which BPOA attorneys provided information to Mangiamelli that they considered “concerning.”

The Eikmeier report, which BPOA attorneys in later court filings referred to extensively as corroboration of their “concerning” information, caused Mangiamelli to send Ducker an email on April 26, 2017.

The email said that an investigation into his complaints against Synowiecki’s investigations had been concluded and that it “did not reveal anything to sustain your allegations.”

That assertion drew an allegation from Ducker and the BPOA that Mangiamelli had downplayed and misrepresented the extent of the Eikmeier report’s criticisms of Synowiecki’s investigations.

In a “Contract Claim” filed with the city on Feb. 20 seeking nominal damages, BPOA attorneys claimed:

The complaint also asserts the Eikmeier report, despite its critical tone, was not truly independent because Eikmeier was required consistently to report his ongoing findings to city officials and the final report was considerably diluted compared to his initial draft.

THREE WEEKS AFTER Mangiamelli sent Ducker the memo regarding Synowiecki’s investigations, a second memo landed in Ducker’s inbox, as it did in the email inboxes of all members of the BPOA who signed up for the union’s legal plan. It was from BPOA attorneys McCarty and Gary Young, and it would lead to the battle between the City of Bellevue and the BPOA that is currently lodged with the NCIR.

The memo, sent on May 16, 2017, was a clear warning to take precautions if drawn into the Bellevue Police Department’s internal investigations process.

The memo said the use of non-sworn personnel — even former police officers like Synowiecki — to conduct internal investigations was “certainly outside the norm,” and that such “unusual practices put officers at considerable risk.”

The memo then cited many of the Eikmeier report’s conclusions concerning the parking lot and courthouse incidents before urging officers never to participate in an internal investigations interview without an attorney present, to ensure they independently record all such interviews and never to assume that the investigator is speaking truthfully to them regarding evidence or statements allegedly made by others.

Some three weeks later, on June 2, 2017, Assistant City Attorney Molly Miller sent a letter to McCarty revealing the city had been provided a copy of the memorandum by someone who was not a member of the police union and that the city would, in response, open and conduct “a full investigation into the members of the Bellevue Police Officers Association Fraternal Order of Police Lodge 59 and the Members of the Brown and Blue Legal Representation Plan for possible ethical violations, violations of the City of Bellevue Employee Handbook and violations of the Bellevue Police Department Rules.”

That prompted the BPOA, Cvitanov, Stuck, Simones and Ducker to file a Prohibited Practice Petition with the NCIR.

On June 20, 2017, the city launched another investigation into Cvitanov and placed him on administrative leave, to which the BPOA and Cvitanov responded by filing another case with the NCIR on June 28. On July 10, the NCIR ordered Cvitanov reinstated pending final determination of the issues before it.

“The employment status, wages, and terms of and conditions of employment shall be as it existed prior to the dispute,” the NCIR ordered.

In filings with the NCIR, the city denies every allegation against it, including that the investigations of Cvitanov, Stuck, Jr., Simones and Ducker were retaliatory. It also denies that Ducker was terminated on the basis of Synowiecki’s investigations.

Specifically, the city asserts Ducker was reinstated not as a result of “concerning information,’” but as part of a negotiated settlement.

Both cases remain before the NCIR.