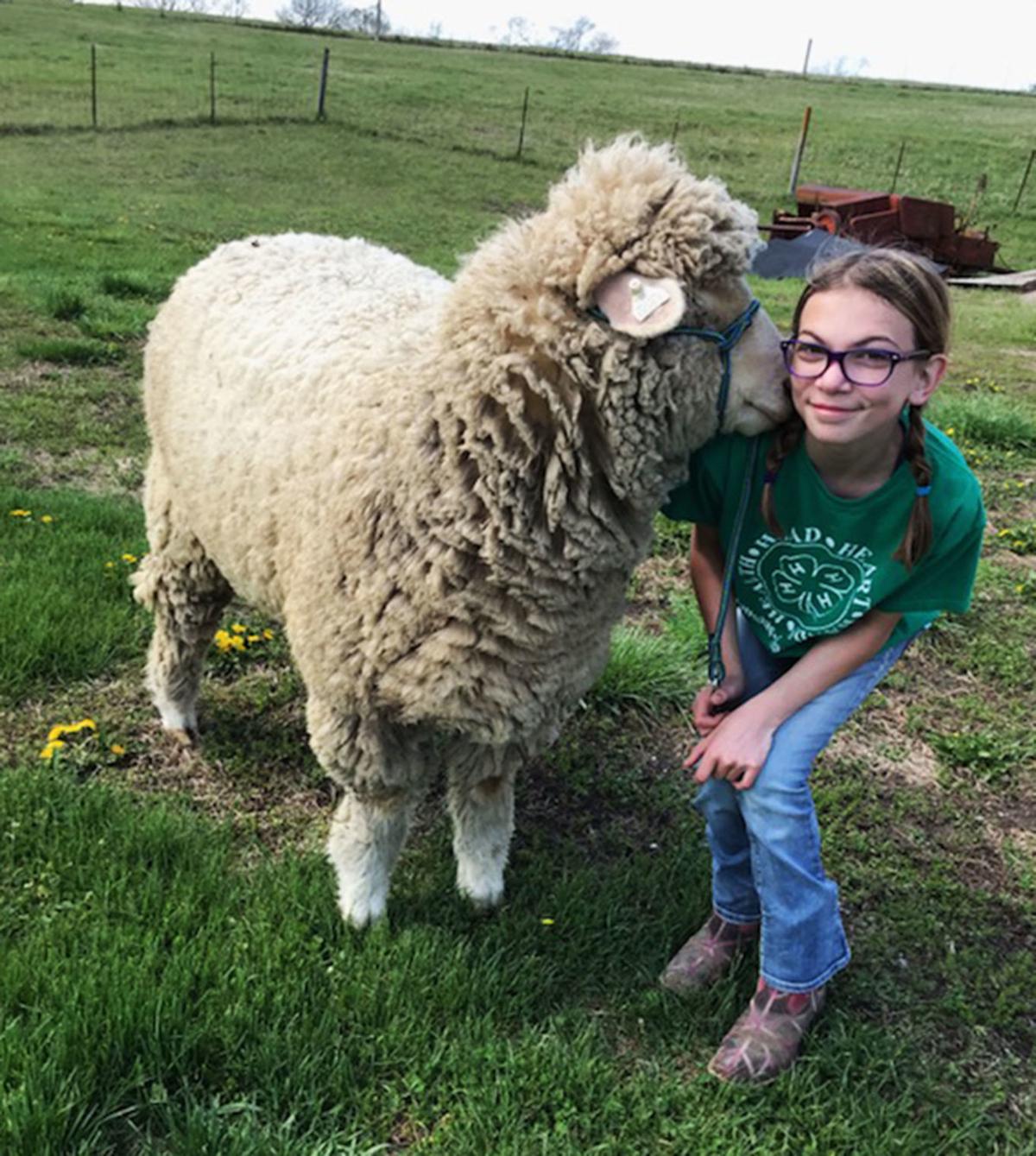 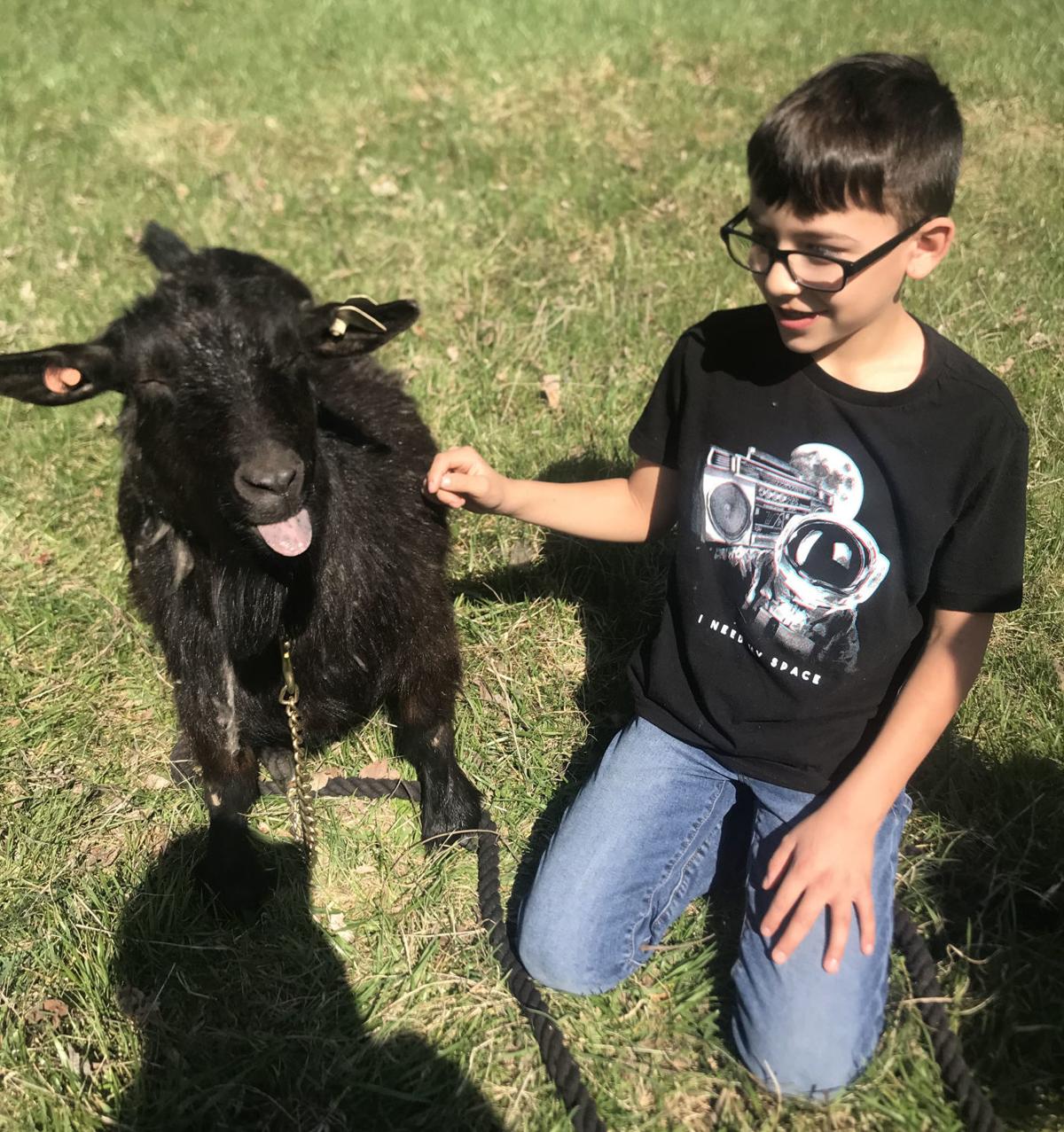 Cruz Martinez, 10, pets one of his 4-H goats. Cruz is a member of Bellevue’s Country Bumpkins 4-H club.

Jack and Jake Lewton smile for a photo with one of their 4-H goats. The boys and several other members of Bellevue’s Country Bumpkins 4-H Club are still preparing for county and state fairs even as uncertainly swirls amid the COVID-19 pandemic.

Cruz Martinez, 10, pets one of his 4-H goats. Cruz is a member of Bellevue’s Country Bumpkins 4-H club.

Jack and Jake Lewton smile for a photo with one of their 4-H goats. The boys and several other members of Bellevue’s Country Bumpkins 4-H Club are still preparing for county and state fairs even as uncertainly swirls amid the COVID-19 pandemic.

Although still undetermined whether traditional 4-H activities are happening during this year’s scheduled Sarpy County Fair, Brett Kreifels has been encouraging 4-H’ers to keep up with their routines.

“We are still in the waiting game to see if the actual exhibitions are going to happen at the fair, so we have been telling our kids, families and 4-H clubs to still approach business as usual, within reason,” said Kreifels, urban program manager and 4-H programs lead for Nebraska Extension in Douglas and Sarpy counties.

“A lot of people are waiting to see what happens, but I have been going ahead and telling them go ahead and buy that calf, go ahead and buy that hog, start taking pictures and getting things ready, because 4-H is not just about competition. It’s about learning skills, being responsible and being self-sufficient.”

This year’s Sarpy County Fair is scheduled for July 29 through Aug. 3 at the fairgrounds in Springfield.

“The Sarpy County Fair may happen, but 4-H may not,” Kreifels said, noting that the Sarpy County Agricultural Society makes the determination whether the annual event happens or not. “I don’t think they have a true deadline of whether they will say no to the county fair, but as of right now, it’s a go.”

Whether 4-H animal events are held, he said, will be determined by Nebraska’s 4-H leadership team.

Even though there’s the business-as-usual approach, 4-H is certainly looking a bit different this year, said Tracey Jones, 4-H leader for Bellevue’s Country Bumpkins 4-H Club. Generally, face-to-face meetings are held during the summer every Wednesday at Jones’s farm, located near 32nd Street and Chandler Road.

Now, she has been interacting with the club’s 20-something members via email and about 10 Zoom video conferences.

“It was great, the kids were very happy to get to see each other and just get to do some things,” she said. “I would always give them some kind of project that they could make for next time; they made pictures, a care package … just different things they could make, and then they can enter them in the fair.”

Much like Kreifels, Jones has been encouraging 4-H families to stay engaged. Several families board animals at Jones’s farm, and 4-H’ers have still been making weekly trips out to practice with their sheep, goats and pigs.

The nice thing, Jones said, is that children can still work their animals while social distancing amid the ongoing COVID-19 pandemic.

“We are still doing all that, because they still have the responsibility to those animals,” she said. “And there’s never a lot of people here – it’s always under 10.”

Kreifels noted how he and his team have been placing special emphasis on figuring out how virtual presentations will work at the fair if an in-person experience isn’t possible.

“We are trying to get ahead of the game and figure out how we can showcase the kids’ work without having them actually physically present,” he said, adding that he and his colleagues have also been working to adapt their in-school enrichment programs focusing on science, technology, engineering and mathematics.

Although livestock is a 4-H staple, Kreifels said that over the years there’s been a shift in what clubs offer.

“A lot of our kids also do things like baking projects, sewing projects, making their own clothes, science projects, photography. Those are all types of activities that urban 4-H kids do, as well as rural 4-H kids.”

Even with uncertainty surrounding this year’s county and state fairs, Kreifels said that most participants have been staying positive and simply controlling what they can.

“I actually haven’t heard much from the kids and whether they have too much angst about all this stuff,” he said of the coronavirus. “So far, the comments I have heard have been positive from club leaders and parents.

“I think the kids understand, and at this point they are just waiting and seeing what happens. They are working on their projects and still being as engaged in the 4-H program as they can.”