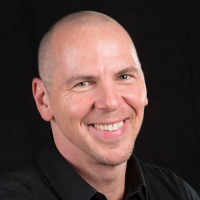 Jeff Koterba is an award-winning and nationally-syndicated cartoonist for the Omaha World-Herald.

#22: I glanced at the cartoon and mumbled to myself "Gee, that's a pretty poor drawing of Fauci." Then I read what it says on the mask, realized my mistake and started laughing.

1. Yep, the Chinese Communist censors are at it again (instead of practicing self-censorship as we do) .... but how far down our list of concerns should that be? It smacks of Trump's shifting blame game:

"First, it was the media that was at fault. Then, Democratic governors came under fire. China, President Barack Obama and federal watchdogs have all had a turn in the crosshairs. And now it’s the World Health Organization that's to blame.

President Donald Trump is falling back on a familiar political strategy as he grapples with the coronavirus pandemic: deflect, deny and direct blame elsewhere.

As he tries to distance his White House from the mounting death toll, Trump has cycled through a long list of possible scapegoats in an attempt to distract from his own administration’s missteps in slowing the spread of the coronavirus on American shores." -

2. At least you're not yet referring to it as "the China virus." Hantavirus, named after the Hanta River in the southwest, where it made the jump from mice to humans, would then have to be called "the America virus."

3. Chinese researchers, far from being hampered in the lab, are leaders in this pandemic. We would do weel to adopt the "One Health" approach. What is important is not sealing off borders (keep those mice in New Mexico?) but how early the virus can be detected, and in this case the Chinese -one in particular- are way ahead of us. Scientific American has a remarkable story about (superhero) Shi Zhengli, the incredible "bat woman" Chinese scientist who has spent her life studying bat-borne viruses, and the story of her discoveries and the actual origin of this virus: https://www.scientificamerican.com/article/how-chinas-bat-woman-hunted-down-viruses-from-sars-to-the-new-coronavirus1/

Quote: "With growing human populations increasingly encroaching on wildlife habitats, with unprecedented changes in land use, with wildlife and livestock transported across countries and their products around the world, and with a sharp increase in both domestic and international travel, new disease outbreaks of pandemic scale are a near mathematical certainty. This had been keeping Shi and many other researchers awake at night ..."

From the head-start described in the article, it seems the Chinese may come up with the vaccine before we do. A far-sighted approach, "known as 'One Health,' aims to integrate the management of wildlife health, livestock health, and human health. 'Only then can we catch an outbreak before it turns into an epidemic'...” (Biden will have a chance to boost R & D and enhance our preparedness for the next time.)