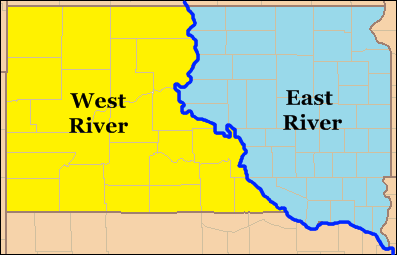 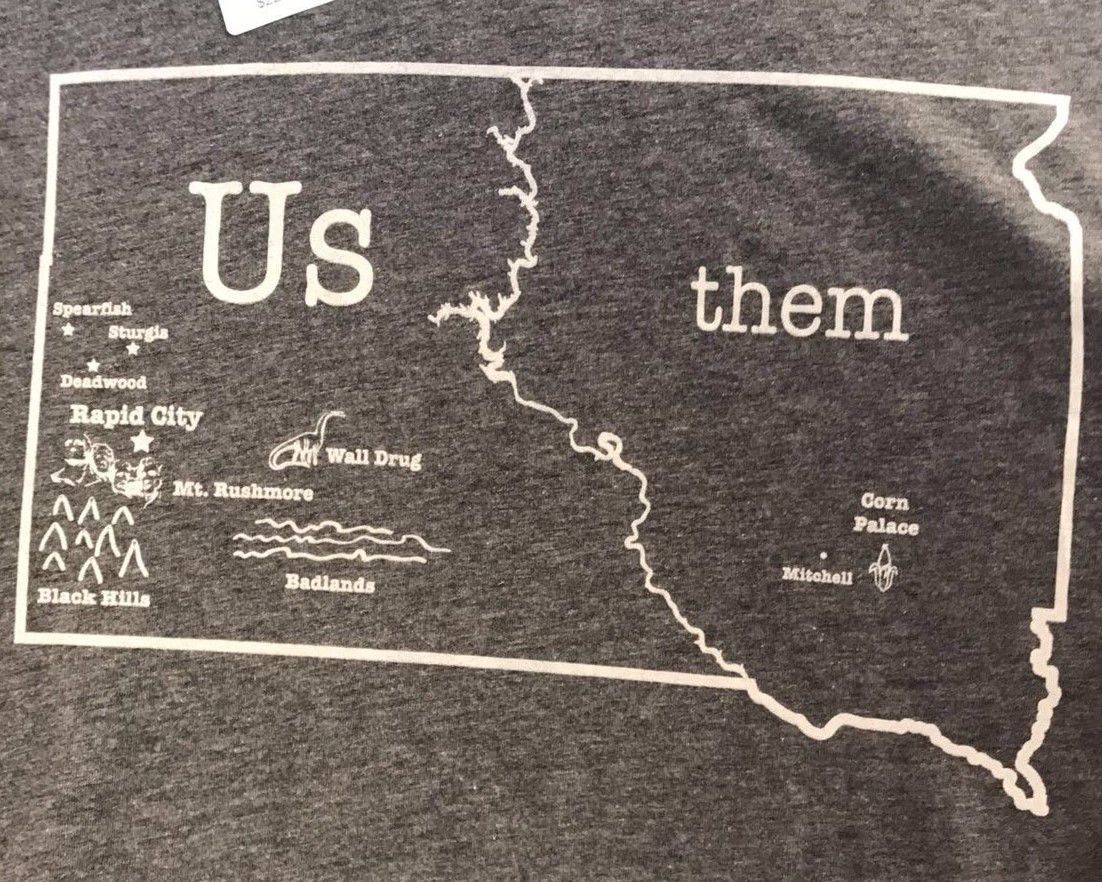 South Dakota has been having something of a T-shirt war of late. Some residents display shirts touting the state’s eastern region as best. Other shirts brag about the western part of the state. Better a T-shirt war than a civil war, of course. Regional differences are common to many states — including Nebraska and Iowa. But the battles show the need for statewide solidarity even in the midst of regional boosterism.

In South Dakota, the regional dividing line is the Missouri River, which meanders diagonally in a southeastern direction. The result is a division known as West River and East River. It’s encouraging that many South Dakotans look on their regional rivalry as a friendly one, rather than an embittered one.

“United in principle, we stand divided,” writes Michael Todd with Lemonly, an infographic design company in Sioux Falls. “It’s the ranchers versus farmers, and the blissful countryside versus the booming metropolis composed by gargantuan, dog-eat-dog cities like Sioux Falls.”

But he immediately adds: “Of course it’s not quite that epic. Our cities aren’t vast urban jungles, and our Black Hills are beautiful, yes, but the people who live out west are not one-dimensional. Plus, there exist among us complex stereotype-busters.”

He explains, for example, that “not everyone from western South Dakota visits the hills, goes skiing or parties in Deadwood. Most of my friends and family were busy with their lives, working on their ranches, or making a living. The tourist gets a much different picture of western South Dakota than the average West River resident.”

Regional differences are part of life in most states. Nebraska, broadly speaking, has a general east-west cultural division, as does Iowa. The same goes for states such as Washington and Oregon.

Maine stands out for a cultural division that separates north from south. Northerners in that state sometimes say the southerners belong more to Massachusetts in terms of habits and interests.

Florida is a tremendously diverse state in terms of regional differences, with a Southern-influenced capital city, Pensacola, in the north and vibrant, Latin-oriented Miami far to the south.

South Carolina culture and politics have been characterized by a sharp regional distinction for as long as it’s been a state, with coastal areas competing with the upstate region for influence.

Some states are home to a single mega-city that stands in contrast to the rest of the state. Illinois and New York are classic examples, with Chicago and New York City existing in their own inward-focused universes.

In the political realm, regional interests within a state can clash in high-stakes policy debate. That’s the case at times at the Nebraska Legislature, mainly taking the form of urban vs. rural interests. It’s important for elected leaders to work to seek constructive agreement to resolve such differences.

This need for positive compromise is especially important as urban areas make up an increasing portion of the state’s population, heightening urban-rural competition for resources such as school funding.

Nebraska has an abiding need for responsible leaders who will promote statewide fellowship and working together, beyond our regional differences.

The capital of Florida is Tallahassee, not Pensacola.

"Nebraska has an abiding need for responsible leaders who will promote statewide fellowship and working together, beyond our regional differences."