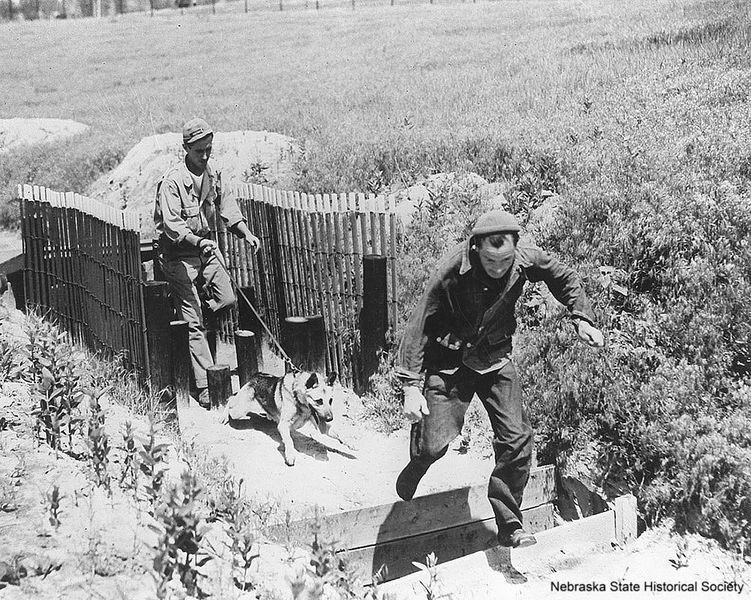 Fort Robinson was one of five sites for training military working dogs during World War II. The grounds at Fort Robinson had more than 1,600 kennels where 23 breeds received instruction. 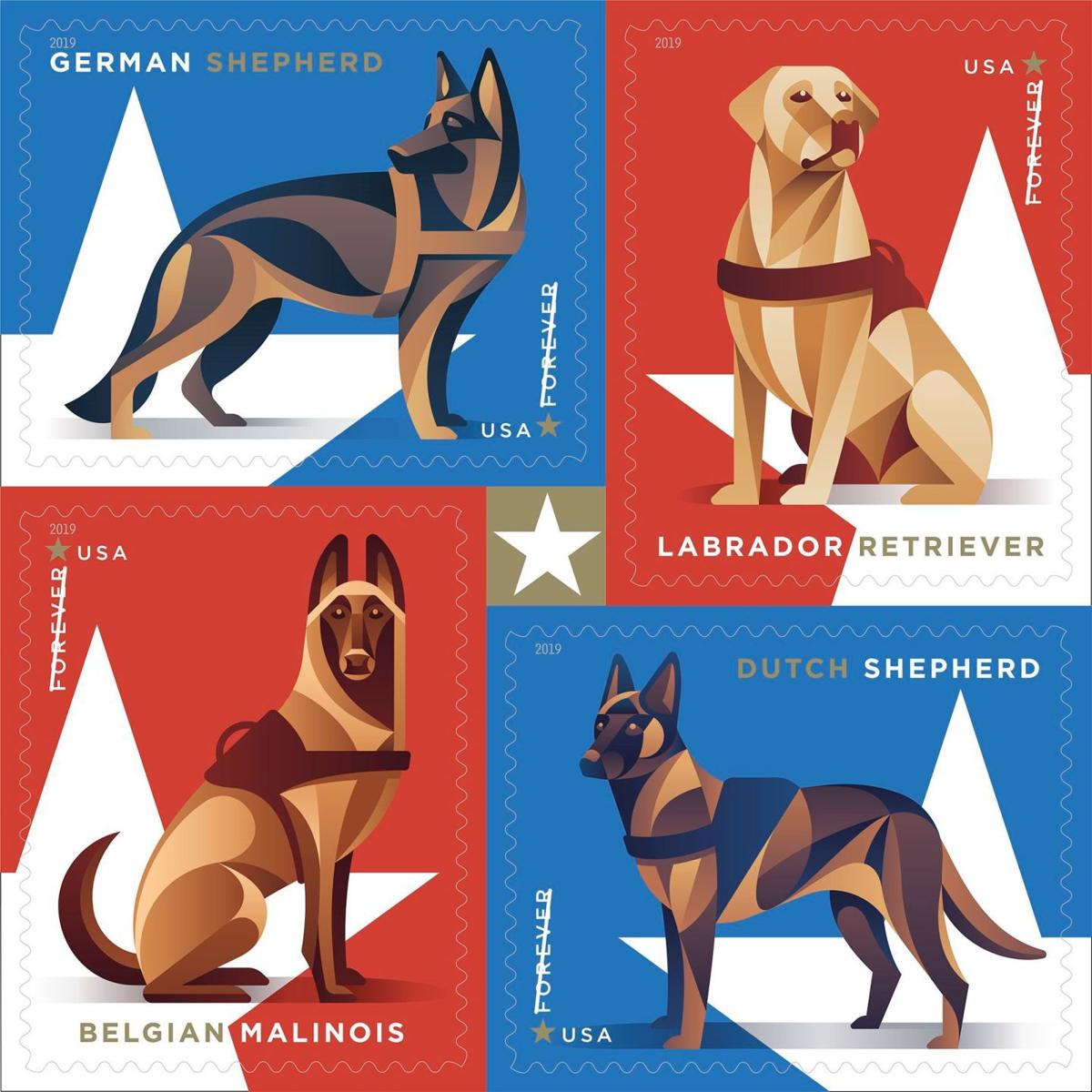 Fort Robinson was one of five sites for training military working dogs during World War II. The grounds at Fort Robinson had more than 1,600 kennels where 23 breeds received instruction.

During World War II, the U.S. War Department mailed out special certificates to thousands of American households. The certificates read: “… appreciation is expressed for your patriotic action in donating your dog for use in connection with the armed forces of the United States.”

U.S. forces had used dogs for years, but World War II marked the first occasion when the nation’s military established a formal structure and procedures for incorporating canines into operations. It’s a tradition that continues into the 21st century, and Nebraska has an important connection.

The U.S. Postal Service is saluting military working dogs with a newly released set of stamps depicting a German shepherd, a Labrador retriever, a Dutch shepherd and a Belgian Malinois. The American Philatelic Society Stamp Show last week hosted the unveiling at the CHI Health Center.

Nebraska is an appropriate site to celebrate the stamps, since Fort Robinson in the state’s Panhandle was one of the military’s five canine training sites during World War II. U.S. households donated some 18,000 dogs to the military. About 10,000 completed training. The grounds at Fort Robinson had more than 1,600 kennels where 23 breeds received instruction.

Military working dogs made a range of important contributions to the war effort, both within the U.S. and in battle zones in Europe and the Pacific. They performed sentry duty at stateside installations. Overseas, more than 1,800 dogs delivered messages, located the wounded, carried supplies and pulled machine gun carts and communications wiring.

Civilian support was a key to the success of military dog training during the war, notes Melissa Amateis, a staff member with the Center for Great Plains Studies at the University of Nebraska-Lincoln who has written extensively on the subject. “The public response was overwhelming,” she has written.

She cited a letter from Bobby Britton, a young dog owner in California. “I am eight years old and live on a farm,” he wrote the government. “I have a large Australian Shepherd dog about two and one-half years old that is a very good hunter … He sure likes to kill skunks. … If you need a real good dog, I will loan you mine until the war’s over.”

“By 1944,” Amateis writes, “there were seven preferred breeds — German shepherds, Belgian sheep dogs, Doberman-Pinschers, farm collies, Siberian huskies, Malamutes and Eskimo dogs. Crosses of these breeds were also acceptable. Dogs no older than two were the easiest to train.”

Training and use of military working dogs was a learning experience for humans, too. Instruction was adjusted to help dogs perform during shelling and gunfire. Service personnel found that dogs needed adequate sleep.

With the war’s conclusion, many dogs returned home. Sometimes service personnel would ask to keep the dog with whom they had bonded during the war. No household refused the request.

Letters of appreciation poured in to the government. “Thank you for your good care and training of our dog MIKE,” wrote Mrs. Edward Jo Conally of Utah. “He knew all of us and still remembers the tricks he knew before he entered the service.”

Mrs. Herbert C. Allen of Seattle wrote that when her son, Herbie, donated his dog to the war effort, “it was a genuine sacrifice.” But, she added, “now he is reaping the harvest of his unselfish act by receiving back a beautiful dog, more wonderful than he dreamed possible.”

Military history has many dimensions, including this inspiring one, with its notable Nebraska connection.

The stamps presented Thursday depict a German shepherd, a Labrador retriever, a Dutch shepherd and a Belgian Malinois.

I don't quite understand why this is an editorial piece. Why isn't it in the news section? With all the conflicted issues these days that the typical reader is struggling to understand, the OWH can't find any issue worth advocating for or against?