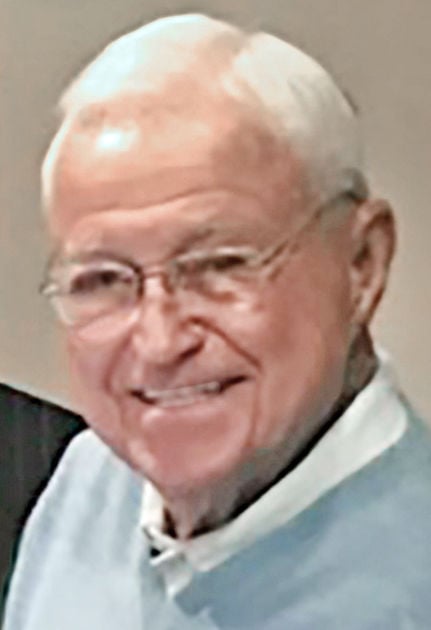 Sinner, Delane "Del" Carroll November 9, 1934 - January 22, 2020 Aurora, NE resident Delane "Del" Carroll Sinner, age 85, loving husband and father of four children, passed away Wednesday, January 22, 2020, at the Fillmore County Hospital in Geneva, NE. Delane was born on November 9, 1934, in Sutton, NE to Floyd and Marguerite (Traudt) Sinner. He graduated from Sutton High School in 1952 and was drafted into the US Army in 1954. He was stationed in Germany where he served as a finance courier with the 7809th Unit. After serving with the U.S Army, he returned to marry the love of his life, Georgianna Elfring on May 3, 1957. They started a family and had two children when Delane received his Bachelor of Science degree in Biology from Hastings College. Following his graduation, Del worked at Central City High School where he taught Physics and Biology and coached all sports. In 1961, Del and Georgie moved to Omaha and had two more children. He began working in the pharmaceutical field and continued to do so for over 40 years. They raised one daughter, Susan and three sons, Scott, Steven, and Shawn. Delane and Georgie spent over 62 years together enjoying time with their family and friends. Del was a member of the Presbyterian Church where he served as an Elder, Usher, and Liturgist. While in Central City, he was active in the Jaycee's and was a Church Youth Group sponsor as well as a Senior Class sponsor. Del was instrumental in starting the Prairie Lane Sports Association in Omaha and later served on the Park Board and Planning Commission in Aurora and was a member of the American Legion. In 1977, Del and Georgie opened The Cork and Bottle in Aurora. Delane was a family man, never missing a sporting event of his children and later of his grandchildren. He loved NE football and the Aurora Huskies. He prided himself with having all four of his children compete on a state championship team. In his free time, you could always find Del in the yard mowing or gardening. Delane had an infectious personalityAlways the life of the party! He didn't know a stranger and would welcome anyone into his home! Delane is survived by his wife, Georgianna; daughter, Susan (Gary) Tournor; his sons, Steven (Betsy) and Shawn (Debbie); his brother, Gordie (Barb); his sister, Beverly Lee; and 13 grandchildren; seven great-grandchildren; cousins, nieces and nephews. He was preceded in death by his father, Floyd; his mother, Marguerite; his son, Scott; and his grandson, Steven Joseph. CELEBRATION OF LIFE: 11am Friday, January 31, 2020, at the Presbyterian United Church of Christ in Aurora, NE (9th and K Streets) with Pastor Penny Schulz officiating. GRAVESIDE SERVICE: 3pm Friday, January 31, 2020, at the Sutton Cemetery in Sutton, NE. In honoring his wishes to be cremated there will not be any visitation or viewing. Memorial contributions may be directed to Fillmore County Hospital, Geneva, NE 68361 or the Presbyterian United Church of Christ in Aurora, NE. Condolences may be left at www.suttonmemorial.com. Sutton Memorial Chapel 804 S Saunders Ave., Sutton, NE 68979 (402) 773-4100

To plant a tree in memory of Delane Sinner as a living tribute, please visit Tribute Store.