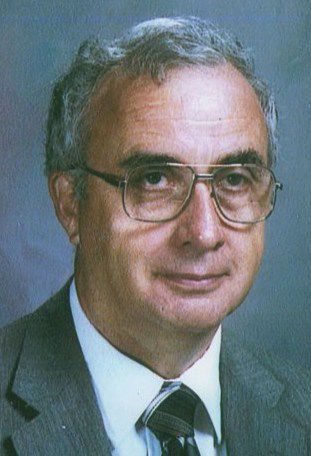 Pratt, Clifford Lamar February 5, 1925 - September 1, 2019 Cliff was born in Juniata, NE on February 5, 1925. He was the only child of Ramon W. Pratt and Pearl L. Burling Pratt. He attended schools in Kenesaw, Wilsonville, and other small Nebraska towns. Cliff moved to Idaho just prior to his Sophomore year in High School. He passed away on September 1, 2019. He served as a combat paratrooper during WWII with the 17th Airborne and 82nd Airborne Divisions as an enlisted man in the U.S. Army during WW II in Europe, and later rose to the rank of Lieutenant Colonel in the U.S. Air Force. Cliff then spent 22 years in a career as a Secondary School Principal in Nebraska, and finally retired for good at age 63 in 1988 from the Papillion Nebraska Independent School System; finally putting his College education to good use. He also earned a Master's Degree in Education from the University of Nebraska and his Doctorate in Education was completed apart from his dissertation. He is survived by his wife, Ruth Helen Ballou Pratt; three sons; two daughter's in-law; six grandchildren; six great-grandchildren; and numerous nieces, nephews and cousins. MEMORIAL SERVICE: Saturday, October 19, at 11am at St. Paul's United Methodist Church in Papillion. Memorial gifts may be made to the American Legion Post 32 in Papillion, and to the Pratt Teaching Excellence and Support Fund in the Papio-LaVista Schools Foundation at plvschoolsfoundation.org. KAHLER DOLCE MORTUARY 441 N. Washington St. 402-339-3232 www.kahlerdolcemortuary.com

To plant a tree in memory of Clifford Pratt as a living tribute, please visit Tribute Store.