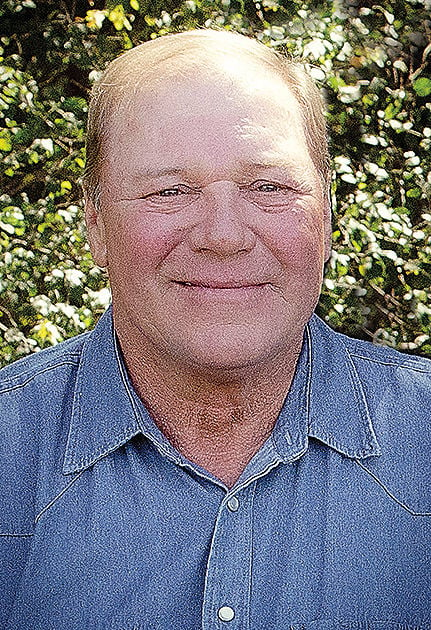 Eggers, Larry L. October 26, 1950 - January 8, 2020 Larry Laverne Eggers, age 69 of Gretna, NE, passed away at his beloved home with his loved ones surrounding on January 8, 2020. He was born in Gretna on October 26, 1950 to parents, Lawrence and Elvera Eggers. Larry graduated from Gretna High School in 1969, spent time in the Military Reserves and a career of more than 30 years in the Sprinkler Fitting field. During that time he lived and adventured in Colorado, Alaska, Montana and South Carolina before returning home to Nebraska in 1988. He enjoyed the farm life, which included horseback riding, roping, tending chickens and cattle, and gardening. His grandchildren will remember many rides around the farm on Grandpa Larry's John Deere Gator. He is survived by his wife, Sherri (Ipock) Eggers; mother, Elvera Eggers of Gretna; children, Charles Eggers of Springfield and Elizabeth Eggers of Omaha; step-sons, Clinton Boyd of Omaha and Clayton (Tiffani) Boyd of Gretna; siblings, Bill (Pam) Eggers and Jane (Mike) Freyer; five grandchildren, Dalton Eggers, Maisy Hill and Harlee, Braxton and Railynn Boyd; and a large extended family. Preceded in death by his father, Lawrence Eggers; sister, Sandy Ross; and step-son, Colton Boyd. SERVICE: Monday, January 13, 11am at Roeder Mortuary (11770 Standing Stone Drive in Gretna). Lunch will immediately follow at the American Legion (11690 S 216th St in Gretna). In lieu of flowers, the family is requesting that donations be made to Good Shepherd Lutheran Church in Gretna, or to the Pulmonary Fibrosis Foundation. ROEDER MORTUARY - Gretna Chapel 11710 Standing Stone Dr. | 402-332-0090 | RoederMortuary.com

To plant a tree in memory of Larry Eggers as a living tribute, please visit Tribute Store.

Sherri and family. I was so sorry to hear of Larry's passing. May your wonderful memories give you comfort and peace now and in the difficult times to come. Sincere Sympathy