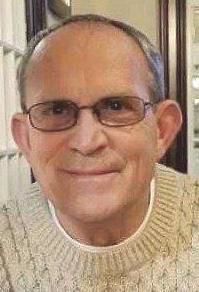 Burn, James "Jim" Donald February 13, 1947 - September 13, 2019 Age 72. Jim passed away peacefully, surrounded by his family on September 13, 2019. He was born on February 13, 1947 in Omaha. Jim spent the majority of his life in Des Moines IA, before returning to NE where he lived for the last 15 years. Among the things that Jim loved were his family, gardening, cooking, camping, movies, golfing, playing poker, and hanging out at the cigar store. As an avid traveler Jim was fortunate enough to have visited more than 21 countries in the past 2 years. Jim joined the Navy Seabees Battalion 4 in 1969 and did an active tour in the Vietnam war. He became a Master Plumber and ended his career as a beloved school teacher. He was preceded in death by his infant son Jimmy; father Jack Burn; and mother Margie Burn. He is survived by his wife Marilou Maghari Burn, and son Mark John; brother, Stan Burn (Lynn); sister Margaret, daughters, Jennifer Wolver, and Barbara Patrick (Chris); daughter, Anna Sweeney (Chris), and son Michael Burn; grandchildren: Devin, Sydney, Addy, Blayde, and Tucker; several nieces, nephews, beloved friends; and dogs Athena and Lilly. VISITATION: Wednesday, September 18, 10-11am, with MEMORIAL SERVICE 11am, all at the Westlawn-Hillcrest Funeral Home. INURNMENT: Westlawn-Hillcrest Memorial Park Cemetery. In lieu of flowers, donations can be made on his behalf to the American Cancer Society. Westlawn-Hillcrest Funeral Home 5701 Center St. 402-556-2500 | www.westlawnhillcrest.com