LINCOLN — Nebraska has made little progress in curbing the use of solitary confinement in juvenile prisons, detention centers and other facilities, according to a new report.

Those youths, who ranged in age from 12 to 18, were locked up alone a total of 2,683 times. The shortest confinement lasted 15 minutes. The longest, at the Nebraska Correctional Youth Facility in Omaha, lasted almost 114 days.

Danielle Conrad, executive director of the ACLU of Nebraska, called the level of youth isolation described in the report “intolerable” and said some youths had been confined for “shockingly long periods of time.”

“The research is crystal clear — solitary confinement hurts kids and is still being overused and misused in Nebraska,” she said.

The ACLU brought the issue to light in 2016 with a report that concluded that Nebraska prisons and detention facilities were keeping youngsters locked up alone for some of the longest periods in the nation.

On Friday, Conrad called for state lawmakers to pass legislation ending the use of solitary confinement in juvenile facilities.

Rogers recommended legislation to reduce the use of room restrictions for youths, saying facilities are unlikely to make changes unless they are required to. She said legislation should require best practices: closely monitored, time-limited room confinement that is used only as a last resort.

Nebraska juvenile facilities have made few changes since the first report in 2017. That report showed that 664 youths were placed in room confinement a total of 2,371 times in the year ending June 30, 2017.

Rogers said the use of room restriction is traumatic to the youths being confined, to other children who see what is happening and to adults involved in that type of discipline. Consequences of the practice include higher risk of self-harm and suicidal thoughts, anxiety, worsening mental illness, trauma and physical health problems.

She pointed to 40 years of national research that has found little benefit to confining juveniles in their rooms alone, outside of limited medical settings.

“We conclude that there is no behavioral, medical, educational or legal research that indicates juvenile room confinement ... is beneficial or therapeutic,” she said, adding that “seclusion and restraint are considered high-risk and non-consensual.” 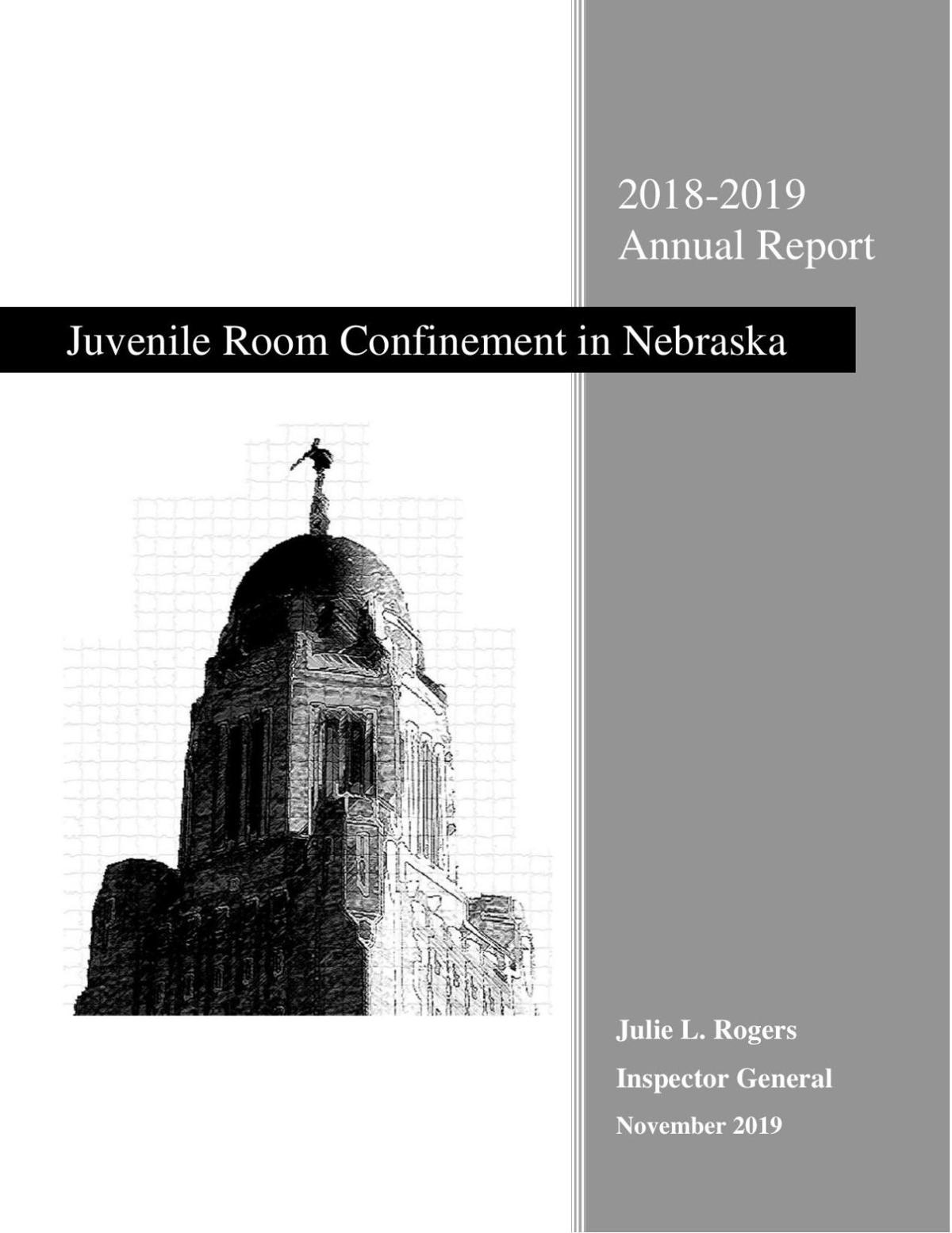 Among the report’s findings:

In response, the facility plans to create a “limited movement” unit, in which youths can be out of their cells most of the time. The facility also set up a “blue room,” which is a space where inmates can go to calm down.

The Department of Health and Human Services, which operates the YRTCs, moved the girls from the Geneva facility to the Kearney facility in August after officials concluded that staff shortages, inadequate programming and deteriorating buildings had created an urgent situation. Lawmakers who visited the Geneva center at the time reported that girls on room confinement had nothing to occupy their time. Of those, two girls had no working lights, and one had no mattress.

“While we are not without challenge, we are making significant strides,” HHS said. “We are working to ensure a supportive environment that will allow these youth to thrive as they move into adulthood.”

Dannette Smith, CEO of the Nebraska Department of Health and Human Services, said the agency is creating a Youth Rehabilitation and Treatment Center system by revamping existing YRTCs at Kearney and Geneva and adding a third center in Lincoln.