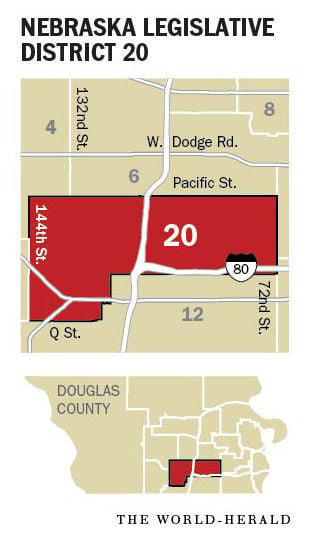 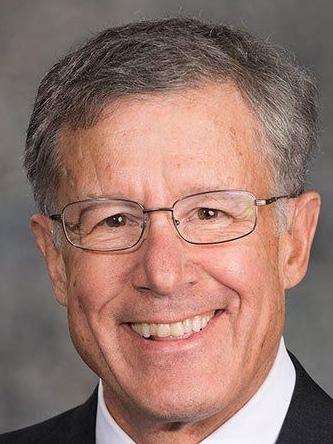 It’s also on the minds of two candidates vying to represent District 20 in the Nebraska Legislature, although State Sen. John McCollister and challenger Jackie Collett have somewhat different ideas about how it might be accomplished.

McCollister, 71, has identified rebalancing Nebraska’s tax revenue streams as his priority, including finding a better way to fund schools. Currently, he’s the vice chairman of an economic task force that’s trying to determine what type of proposal it can move forward. It’s one of several groups working on potential plans.

McCollister favors less dependence on property taxes and more on sales taxes, including taxes on Internet sales. He introduced a bill during the last legislative session that would have forced Internet retailers from other states to begin collecting sales taxes owed on purchases by Nebraskans. But a filibuster stalled a similar bill before a U.S. Supreme Court ruling allowed states to require the collection of sales taxes by remote sellers.

McCollister, who is seeking a second four-year term, initiated a call for a special legislative session to address the matter but failed to get the votes needed to trigger one. He said his intent was to secure the money and direct it to the state’s general fund. He would leave it to the next session of the Legislature to decide how to use it.

“For the longest time, we haven’t properly funded K-12 , and as a result, rural districts don’t receive the usual amount of state aid,” he said.

Collett, 38, also has prioritized changing the state’s tax revenue structure. She said she agreed with McCollister’s call for a special session on Internet sales taxes.

“That’s an area where we have a lot of potential to increase revenue,” she said. “The sooner we can do that, the better.”

She said she also favors collecting taxes on some services, as many other states have done, and adding income tax brackets to collect more from higher earners. She also would look at increasing the cigarette tax to generate additional revenue.

Collett, who manages IT projects for a small Omaha investment company, said she cares about health care and schools and would be happy to pay more in taxes if she knew that her tax dollars were going to support those causes.

“Nobody wants to feel like they are paying more for everything,” she said, “but if we want nice things, we have to be willing to pay for them.”

Changing the tax structure as she proposes, she said, would provide some property tax relief.

The two candidates have similar views on a number of social issues.

But Collett said she skews further left and would be more vocal on issues such as LGBTQ rights, voter rights and Planned Parenthood funding. She identifies as a progressive Democrat. She spent 13 years in nonprofits, working with low-income families, at-risk youths, drunk-driving victims and people fighting cystic fibrosis.

Politically, McCollister, a Republican, is viewed as a moderate in the officially nonpartisan body and one willing to part ways with his party, including Gov. Pete Ricketts.

According to Aug. 1 counts from the Douglas County Election Commission, roughly 40 percent of the district’s more than 27,000 voters are registered Republicans, about 35 percent are Democrats and 23 percent are independent.

In his first term, McCollister introduced bills, unsuccessfully, to expand Medicaid coverage and expand Nebraskans’ eligibility for supplemental nutrition programs. In 2015, he prioritized a measure to allow young immigrants brought to the country illegally as children to get driver’s licenses.

Collett also supports Medicaid expansion in Nebraska. She said there are ways the state could save money to cover the costs.

Instead of incarcerating nonviolent drug offenders, she said, the state could find other ways to manage them. Rehabilitation is a better option than incarceration, she said.

McCollister, too, has focused on criminal justice reform. He sponsored the measure that created Nebraska’s first diversion program for military veterans, which recently graduated its first four participants.

Education: Master’s degree in public administration and bachelor’s degree in psychology, both from the University of Nebraska at Omaha

What is your top priority? Nebraska faces dangerous budgetary challenges, putting our public school systems and other vital programs at great risk. Once elected, one of my first priorities will be to modernize our tax structure and increase revenue by updating our income tax brackets to reflect the pace of inflation and household tax burden, imposing taxes on certain services and collecting sales tax on all Internet sales.

What is your top priority? Rebalancing Nebraska’s property, sales and income tax obligations is among my top priorities. This essential policy work is needed to create a financial foundation for the state and its citizens that is both firm and fair. Such a foundation will provide support for continued criminal justice reform to reduce our overcrowded prisons by placing nonviolent offenders in facilities better suited for career training and post-release programs, and allow for improved transparency, accountability and efficiency in state government. I will continue to introduce legislation that gives Nebraskans a strong voice in their state government.

"If we want nice things"??? Sheesh, I see where this is going. Nobody is stopping you from paying more taxes Jackie.