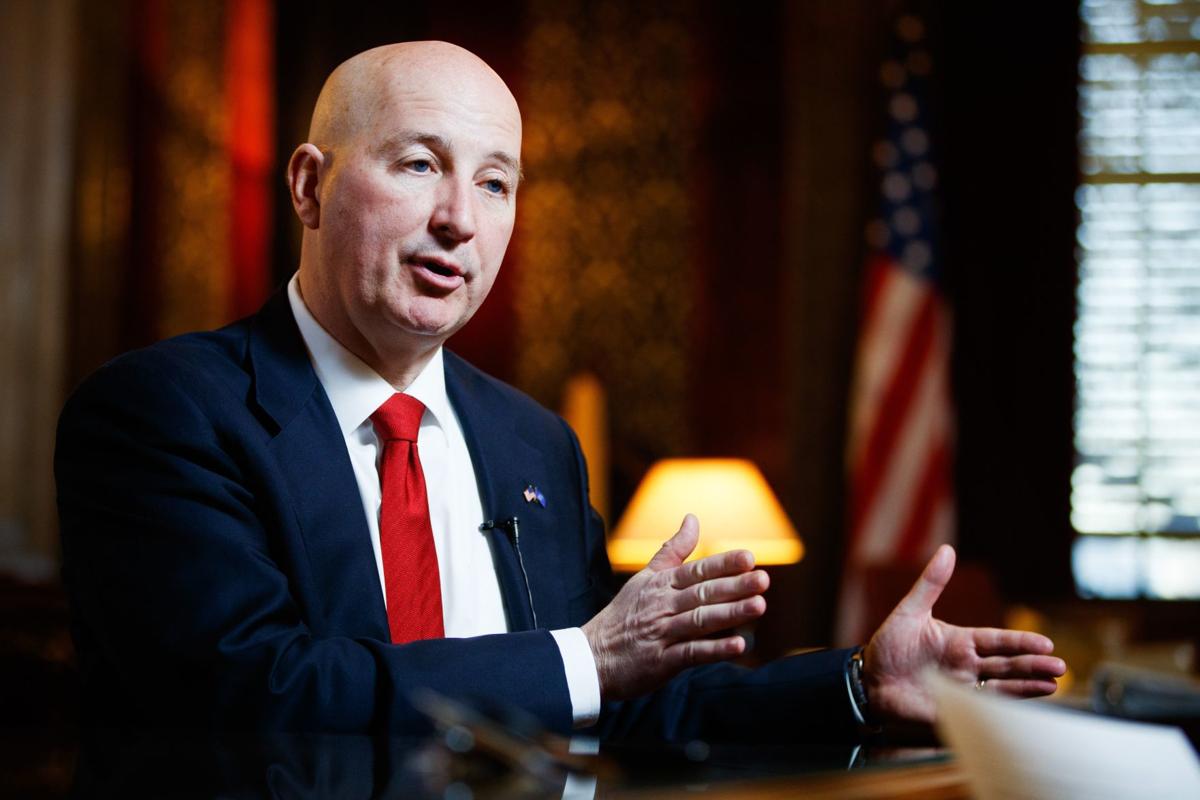 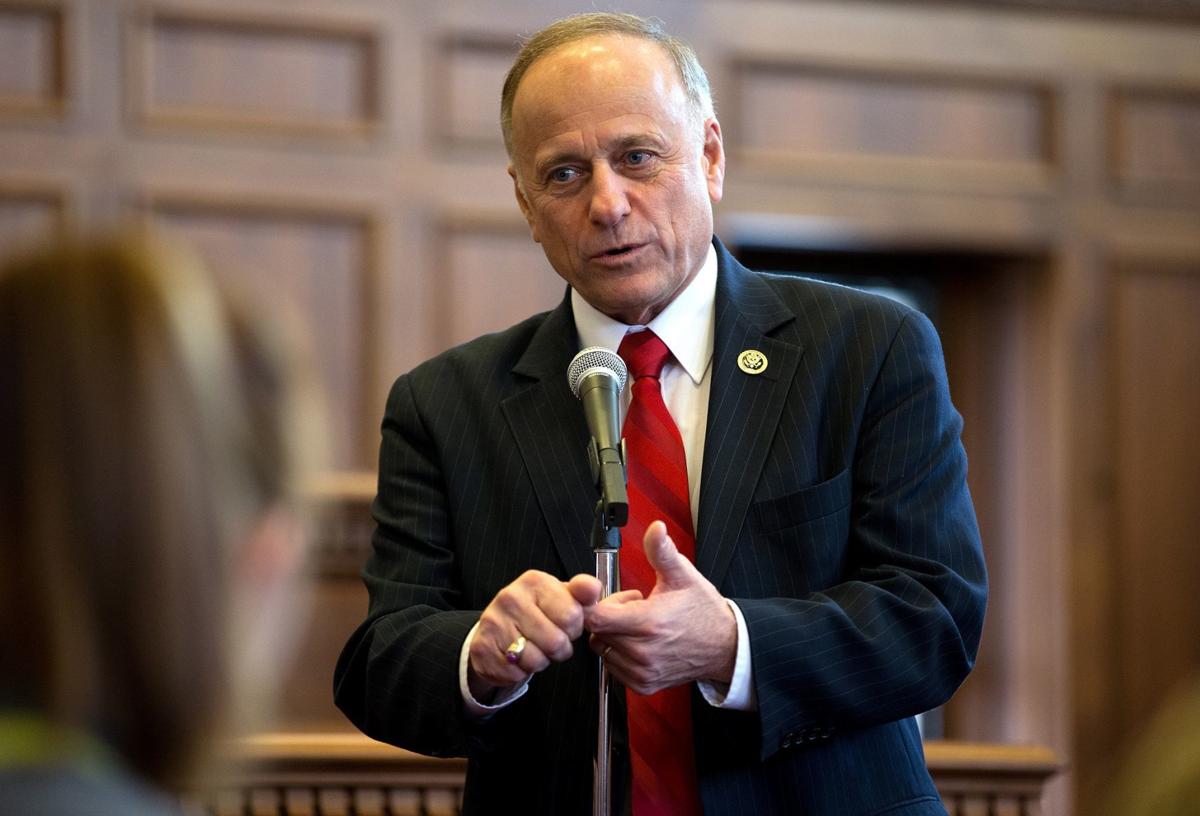 Rep. Steve King, R-Iowa, is once again coming under fire, this time for questioning whether “white nationalism” is a bad thing, and a Nebraska author wants to tie Gov. Pete Ricketts to the controversial congressman.

Ricketts made campaign donations to King as recently as 2016.

And Ted Genoways — the author of a book about a family farmer that Ricketts criticized as divisive — noted on Twitter that in Federal Election Commission filings, Ricketts is listed as a self-employed farmer.

Genoways and Ricketts have sparred since Ricketts declined to issue a gubernatorial proclamation for Genoways’ book, the Nebraska Center for the Book’s annual “One Book One Nebraska” selection.

Ricketts called Genoways a “political activist that really seemed to be out of touch.”

Genoways has written articles critical of the proposed Fremont Costco chicken processing plant, among other things. And the family featured in his book opposes the Keystone XL pipeline, which Ricketts supports.

Representatives for King did not immediately return emails.

Campaigns — not donors — are generally responsible for submitting accurate information on finance reportsto the FEC. A Ricketts spokesman pointed that out and said the governor does not claim to be a farmer.

The spokesman also said Ricketts had nothing to add to a statement from November, when Ricketts defended his support of King, saying through a spokesman that he disagrees with some things King has said but that “he believes northwestern Iowans deserve a conservative voice in Congress who will continue fighting for tax relief, a vibrant economy, and strong family values.”

King’s latest flap is over comments he made to the New York Times, though they are in line with previous comments he’s made about white supremacy.

My statement on the New York Times article. pic.twitter.com/IjBHgZYgRD

“White nationalist, white supremacist, Western civilization — how did that language become offensive?” King said to the New York Times in an article published Thursday. “Why did I sit in classes teaching me about the merits of our history and our civilization?”

King responded Friday: “Today, the New York Times is suggesting that I am an advocate for white nationalism and white supremacy. I want to make one thing abundantly clear; I reject those labels and the evil ideology that they define. Further, I condemn anyone that supports this evil and bigoted ideology which saw in its ultimate expression the systematic murder of 6 million innocent Jewish lives.”

“When people with opinions similar to King’s open their mouths, they damage not only the Republican Party and the conservative brand but also our nation as a whole,” Sen. Tim Scott, R-S.C., wrote in an op-ed in the Washington Post.

“Some in our party wonder why Republicans are constantly accused of racism — it is because of our silence when things like this are said.”

King has already gained multiple 2020 primary challengers in his northwest Iowa district: One of them, Bret Richards, pledged to not embarrass the state.

Correction: An earlier version of this story attributed a comment to the wrong primary challenger to Steve King.

Throughout his congressional career, Rep. Steve King, R.-Iowa, has made headlines for his comments on white supremacy.

Of course Pete Ricketts isnt going to disavow Steve King. Ricketts knows there are large swaths of rural Nebraska, like rural Iowa, where a little white supremacst dog whistle or two does a GOP politician a power of good. Those bigots need to be persuaded to vote!

...and he offloads the blame on his campaign for calling himself a 'farmer'! LOL. Rciketts likely doesn't know which end of a tractor points forward.

"Ricketts is listed as a self-employed farmer." I wonder if he is getting a bailout check this year?

The GOP elephant in the room is the obvious fact that a King backer and prominent Republican fundraiser knowingly employed the illegal worker accused of killing Ms. Tibbetts, just like tens of thousands of other employers nationwide who depend on such workers to operate their business.

Of course Yarrabee Farms, the Iowa employer involved, would deny that, but you would have to believe the employer honestly thought Cristhian Bahena Rivera's real name was John Budd. Such willful ignorance is no defense to a criminal act, so one wonders if the employer's political connection is protecting him from being prosecuted.

I wouldn't be surprised that an employer ignored the legal status of a worker. After all, I spent years working for a meat packer.

That said, where have you been living? My minority race adopted son's name is "Anderson" and he doesn't look like a native Swede. One of my black college classmates had a last name of "Johnson". He came from Sierra Leone, and he would never be confused with a Caucasian. Wake up. This isn't the 1940s.

I have known Steve King since 1999, when I retired from the Foreign Service and bought an acreage in Thurman, Fremont County, then his former congressional.
district. A staunch enforcer of our borders and one of the most knowledgeable Members of Congress on immigration, the label of supporting "white supremacy" is not one I would associate with him. Having worked as a diplomat and consular officer in more than 40 countries, over more than 40 years, I am abundantly aware that many places in the world now feel threatened by immigration of populations they consider threatening to their established traditions, histories, cultures and religions. However, it hardly seems constructive to engage in name-calling when dialogue is more likely to shed light -- rather than heat -- as we all try to resolve matters peacefully. I urge everyone to consider carefully Cong. King's efforts to clarify what he said, and what he meant. If I were still his constituent, I would vote for him without hesitation. (trhutson@gmail.com)