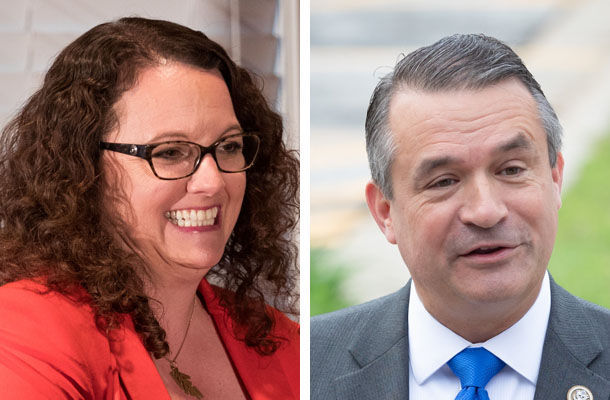 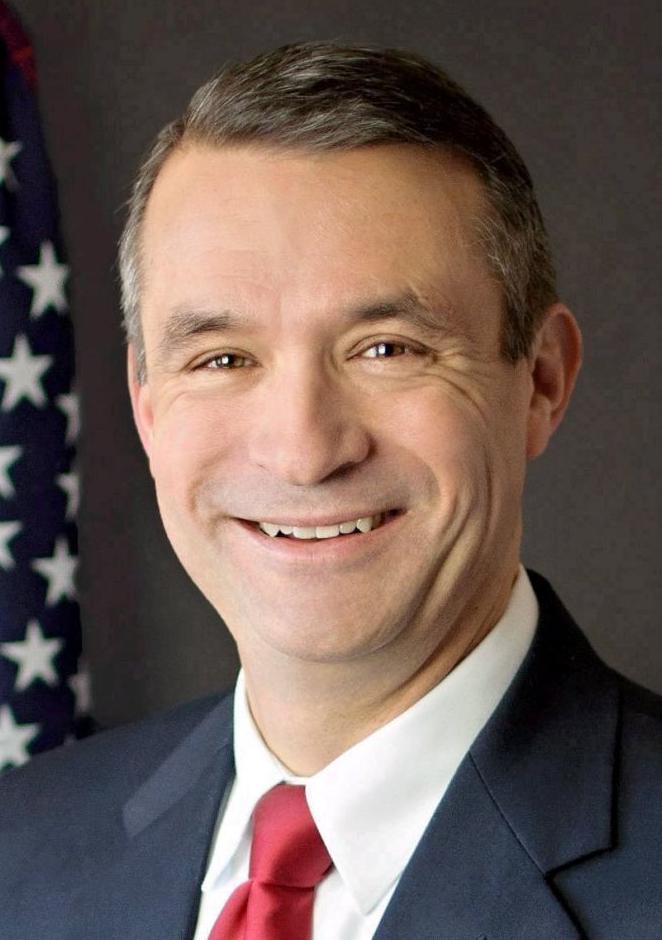 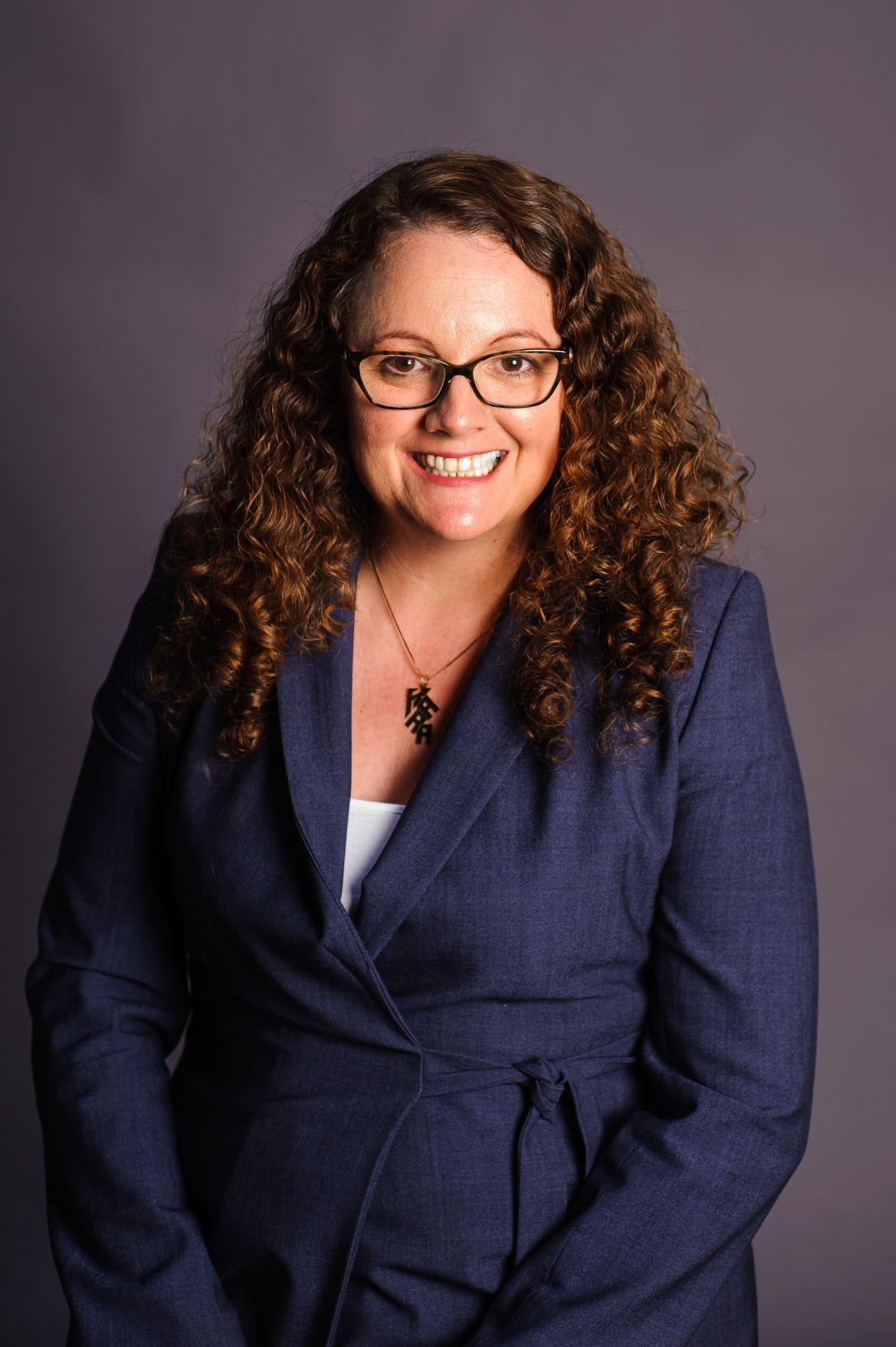 In fact, of all the issues raised in the debate by moderator Brian Mastre, the candidates for Nebraska’s 2nd District House seat seemed to find common ground on only one: support for including the legalization of hemp in the next farm bill.

The debate, the candidates’ second, was held over the noon hour at the Omaha Press Club and sponsored by WOWT and the League of Women Voters.

The candidates were asked how they would have handled the nomination process of Supreme Court Justice Brett Kavanaugh. The Senate Judiciary Committee advanced his nomination after they heard testimony from Christine Blasey Ford, who alleged that Kavanaugh had sexually assaulted her in high school, then a passionate denial from the nominee.

Bacon said the committee chairman, Republican Sen. Chuck Grassley of Iowa, handled the process correctly. But Bacon said both sides spent too much time focusing on the fact that Kavanaugh would be the fifth conservative Supreme Court justice.

“This vitriol, this anger, this win at all costs, cannot happen,” he said. “We’ve got to be better than that.”

Eastman said Kavanaugh’s demeanor during the hearings showed that he was not fit to be on the Supreme Court.

“We have a sitting congressman who has not been willing to stand up when the president of the United States publicly humiliated Dr. Ford,” she said.

On climate change, Eastman described it as the “No. 1 moral issue facing our kids right now. We are leaving this to them to clean up, and it is a disaster.”

Eastman supports legislation such as cap and trade and a carbon tax to curb emissions.

Bacon does not support those policies, but he has supported tax credits for renewable energy like wind and solar.

He questioned how much of climate change is caused by human activity but said “regardless of where that ratio is at, let’s keep making our planet cleaner.”

On guns, Eastman said there’s widespread support for some of her positions on gun-control legislation. She specifically mentioned the possibility of beefing up background checks for gun purchases.

In the past, she’s also proposed implementing a mandatory waiting period before the purchase of a firearm and banning the sale of some types of military-style weapons

She noted that Bacon has received support from the National Rifle Association.

“The issue is that special interest groups like the NRA have funded the Republicans,” she said.

Bacon retorted: “We have thousands of NRA members in this district, and Kara and the Democrats scorn and mock them, and I don’t think it’s right.”

Bacon also noted that the Republican Congress has approved grant funding for school safety measures and that he’s supported legislation to make it tougher for people to buy a gun and give it to someone who’s not legally allowed to have it.

He also noted that Eastman has mused about a constitutional amendment “to define what bearing arms means.”

The candidates also disagreed on style.

At least 10 times in the debate, Eastman said the district needs a congressional representative who would “stand up” or “fight for” various groups and issues, including women, the agricultural economy, working people, Social Security and immigrants.

She sought to portray Bacon as standing up for wealthy donors, pointing to his support for the income tax overhaul and the fact that he accepts campaign contributions from political action committees associated with for-profit companies. She also noted that he’s voted with his party almost 100 percent of the time.

Bacon argued that he’s standing up for his values and for the district.

“I campaigned on conservative principles,” he said. “I’ve stood on those principles 100 percent of the time.”

And he tried to portray Eastman as extreme, with policy positions that don’t fit the district.

She calls her positions “common sense.”

Mastre also asked the candidates to name one thing they like about the other. Eastman cited Bacon’s military service, while Bacon said Eastman works hard.

All you need to know about the Don Bacon, Kara Eastman race for District 2

Get the latest World-Herald coverage of the race to be Omaha's representative in the U.S. House.

How accurate were Kara Eastman, Don Bacon at Tuesday's congressional debate? We checked the facts

We took a look at the accuracy of assertions each candidate made at Tuesday's Omaha World-Herald/KMTV debate for the District 2 race.

Go Kara! I predict she will be the next representative from Ne 2.

The NRA's power comes from the NRA telling it's members and supporters which candidates support the NRA's values and not from "buying and selling" canidates like Ms Eastman believes.

So you are convinced the NRA did not receive $30 Million from the Russians to support the Trump campaign?

using money from a foreign entity in an American election is against the law. Show us the indictments and/or convictions.

Yes indeed, using funds from foreign governments as campaign funds is against the law, but in Trump's mind, the law really does not matter.

Mr. Brandt, if that's what you believe you apparently don't know much about the Citizens United decision. You have at least heard about it, right?

Nice try Kara! Does money grow on trees? No you take it from the Tax Payers! No Thanks!

The lesson of the past century is that taxpayers (or Kyster's "Tax Payers") benefit from public investment: interstate highways, the internet, water treatment, public education and yes, public health. Note that the economists at UN-Kearney (our most conservative campus) calculated that expanding Medicare in Nebraska will actually SAVE money in the long run.

Why would ANYONE want the female version of Karl Marx representing Nebraska? Medicare for all is a joke. After all of this is finished Kara needs a straight jacket and gym membership

Don, I am sorry. As your fellow retired senior officer, I must question your commitment to "civility." Of course we do not need the vitriol in our public discourse. However, most of our current division can be laid squarely at the feet of President Donald Trump, who has never shown an interest in being president to all Americans. He uses unacceptable language and belittles anyone with whom he disagrees. Don and I served during roughly the same period in the Air Force. We both know that President Trump is divisive and unqualified. Don's unwillingness to stand up to the current president is unacceptable.