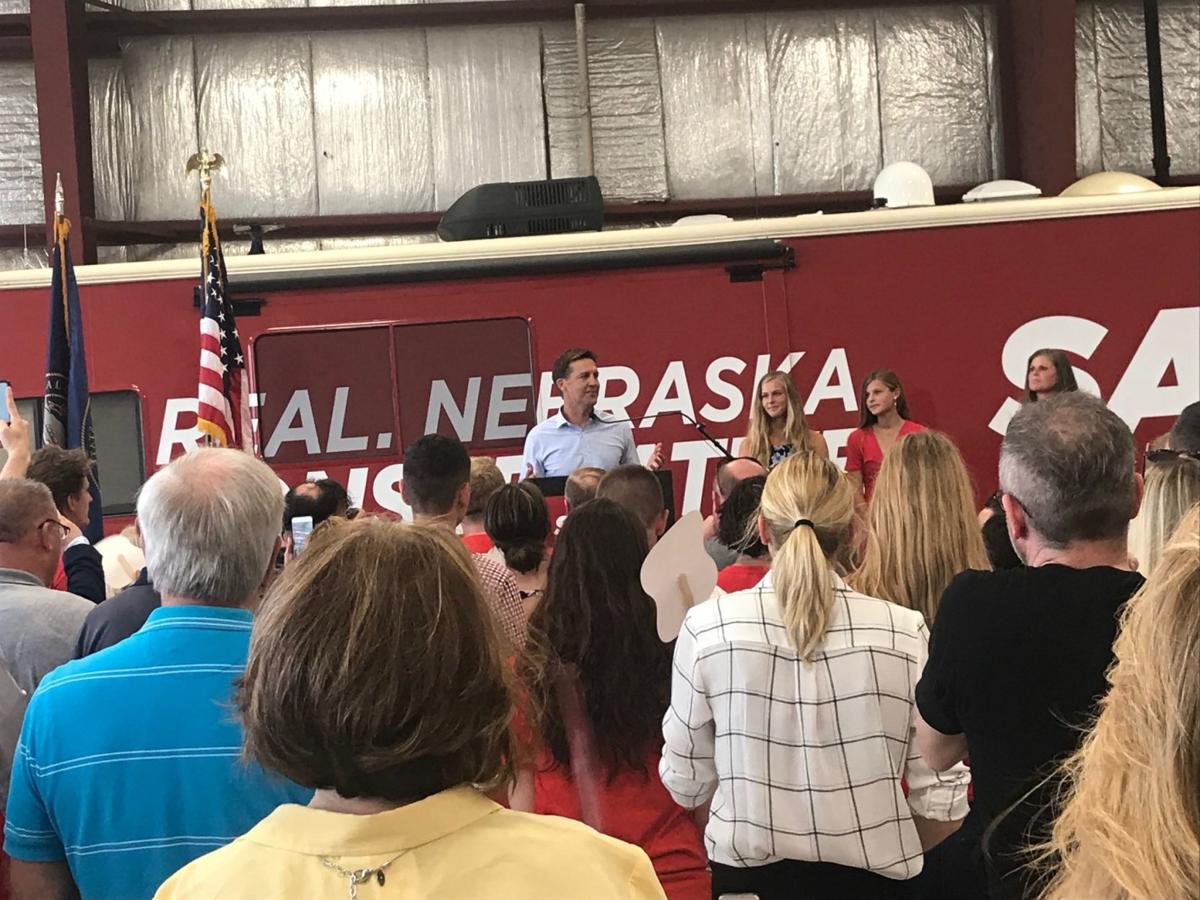 Sen. Ben Sasse, R-Neb., greets people at his reelection announcement at the Millard Airport on Monday. 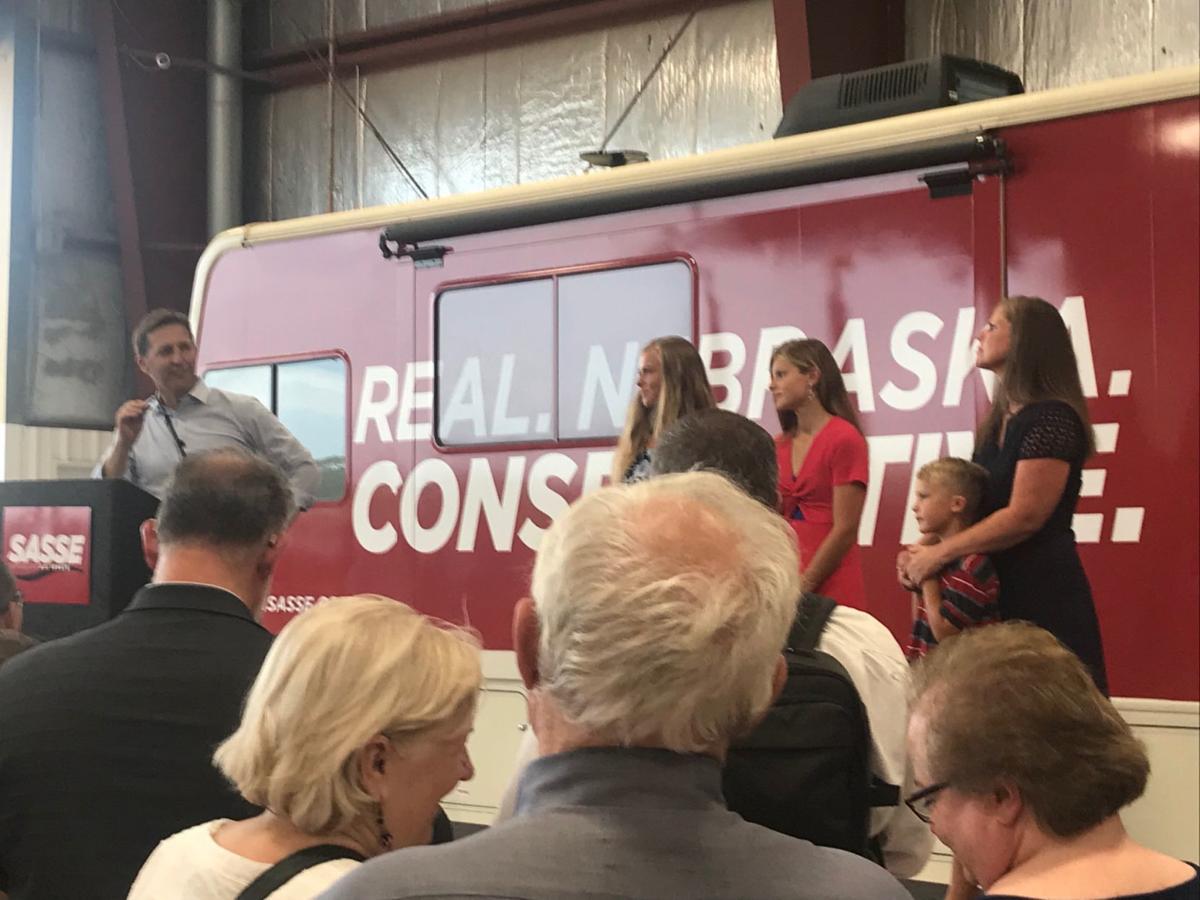 Sen. Ben Sasse, R-Neb., announces he's running for a second term with his family looking on at the Millard Airport. 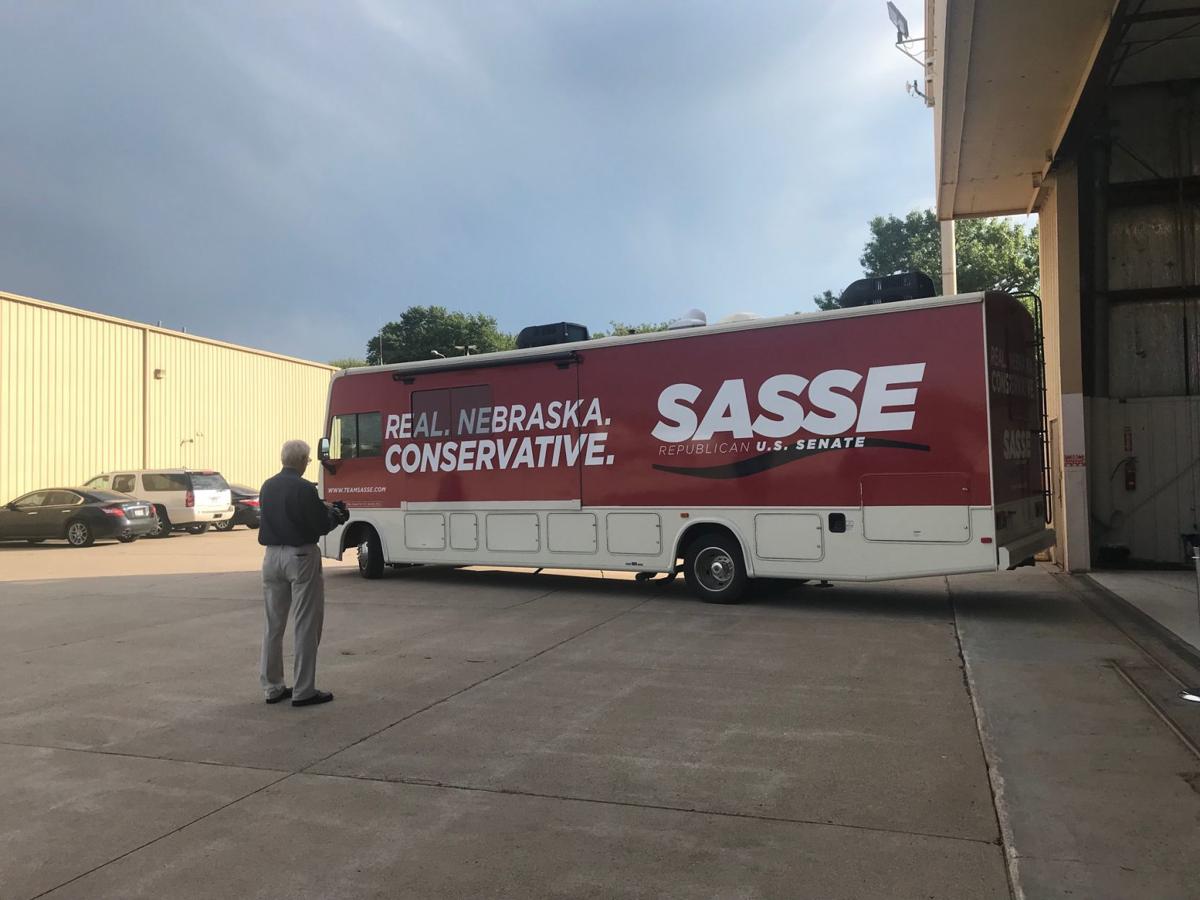 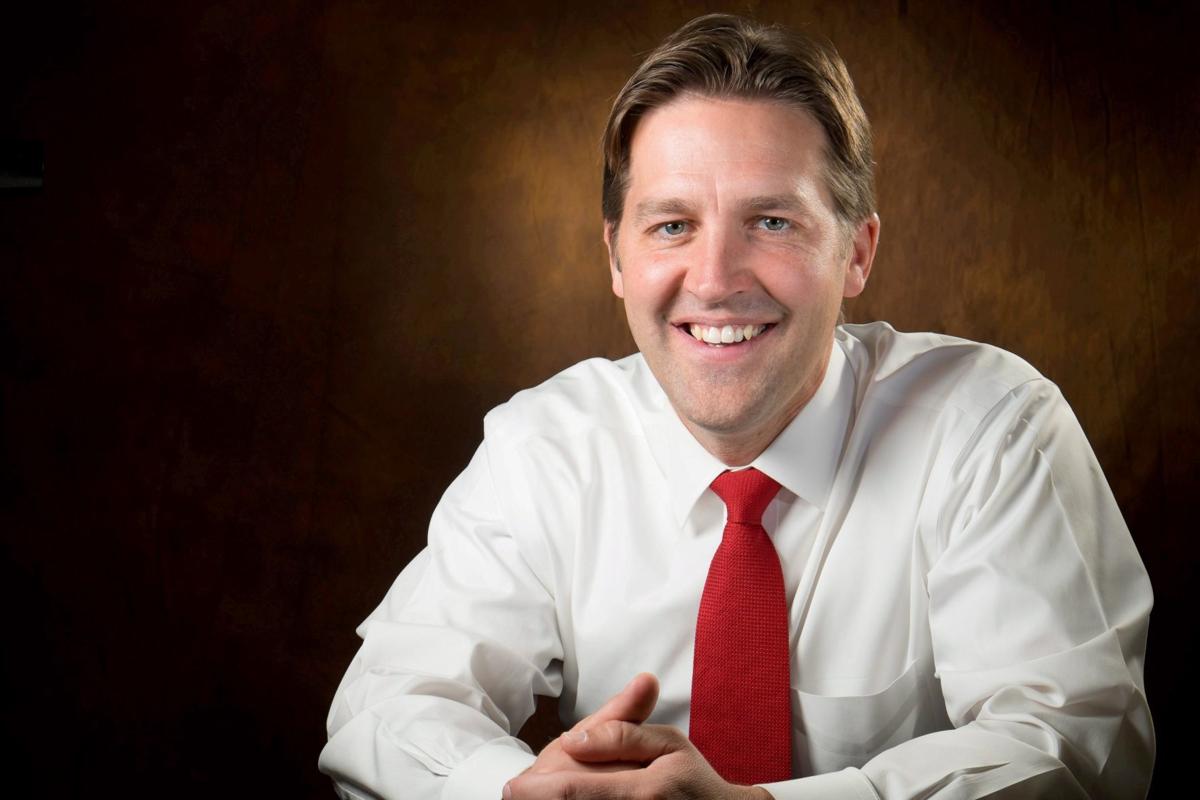 Sen. Ben Sasse, R-Neb., greets people at his reelection announcement at the Millard Airport on Monday.

Sen. Ben Sasse, R-Neb., announces he's running for a second term with his family looking on at the Millard Airport.

Sen. Ben Sasse of Nebraska made it official: He wants to spend another six years in the Senate.

He kicked off his reelection bid Monday at the Millard Airport in Omaha with several of his fellow top Republican officials, including Gov. Pete Ricketts, former Govs. Dave Heineman and Kay Orr, Reps. Don Bacon and Jeff Fortenberry and Omaha Mayor Jean Stothert.

Sasse struck a tone similar to that of his first election bid, juxtaposing folksy stories with sweeping proclamations about the nature of liberty and the philosophical underpinnings of American government.

He also added some new themes, saying the 2020 elections are “a choice between civics and socialism.”

He criticized Nebraska Democrats for tying him and Bacon to the recent mass shootings in a press release.

He took no questions from the press.

Sasse, 47, was elected in 2014 after campaigning as “Obamacare’s Nebraska Nemesis.” He quickly became a conservative darling of the national media in part for quippy tweets and for writing two books.

He was one of the leaders of the “Never Trump” movement before the 2016 election, saying he didn’t want to see either Republican Donald Trump or Democrat Hillary Clinton win the presidential election.

But Sasse, as a Judiciary Committee member, has been a strong proponent of Trump’s judicial appointments, and the senator has been less vocal about the president lately.

Still, that criticism of Trump has drawn a primary opponent, businessman Matt Innis of Lancaster County. At least two Democrats — Chris Janicek, a businessman, and Angie Phillips, who has worked as a mental health advocate — plan to run for their party’s nomination.

Another rumored primary opponent had been Ricketts — but the governor has made clear and reiterated Monday that he intends to support Sasse.

“Ben Sasse is a real Nebraska conservative,” Ricketts said. “He’s been fighting for us in Washington, D.C. And now it’s up to us to fight for him.”

Sasse pointed to several problems that he says are a result of a “crisis of civics, crisis of community,” including the opioid epidemic and a lack of support for the First Amendment.

He also pointed to recent mass shootings, which he attributed to fatherlessness and a “surging racial hatred” in people who he said don’t understand the American idea.

“The stakes are too high to sit on the sidelines,” Sasse said in a follow-up email to supporters.

Sasse sometimes made people wonder if he would run again by painting a bleak picture of Capitol Hill and the way it works since he arrived there in 2015.

But by last month, signs of Sasse’s intention to run again included raising almost $3 million in campaign funds and supporting candidates in races across the state through his political action committee.

Who cares about this? Will Sasse take the University of Nebraska Presidents job? They could announce well before the Primary in May. Then Ricketts can run for Senate.

Also, did Stothert spend any city money on this announcement party? Why is she spending city resources for the Republican Party?

Why would she? It is his reelection announcement. Didn't you see the bus behind him?

Rick Fulton. What city resources is she spending on the Republican party? Please elaborate.

Another one of our D.C. reps who will once again do nothing for this state.

Time for new representation in D.C.

Do Sasse and the GOP royalty who spoke at this event, railing against "socialism", have any conception of the fact that their base is by far the most dependent on the subsidies and collective benefits funded and administered by the government - what they call socialism?

So my basic question is: Are they that ignorant, or are they just liars?

How do you figure your first paragraph? Also, great use of the enter button, Jim. Appears you are the ignorant one.

Apparently you haven't heard about the tens of billions in farm bailouts, which is in addition to lifelong subsidies for agriculture. But you have must at least about the publicly built roads to sparsely populated areas where the users fall far short of being able to pay for them by themselves, something also true of their schools and infrastructure. The we get to TIF and business subsidies without which the job creators say they can't create jobs.

Do you really need to be educated about the reality of who gets the biggest slice of other people's tax dollars?

Pretty sure they’re not ignorant. But also pretty sure they’re not counting on their base to consider the subsidies and benefits they receive “socialism”. It’s what they are “owed” by the government. They’re counting on their base to be happy when they cash that government subsidy check, and not think too deeply about what it means. So, count on hearing from Sasse, Bacon, Fortenberry, and Smith, in every campaign speech they make, that their Democratic opponent is a socialist. And count even more on the base eating it up.

I don't think that socialism angle is going to work. Social Security and Medicare and all lots of other things are socialism.

Yikes! It's the Socialist Boogeyman coming to eat you! Hide under the bed, clutching your pearls, all you MAGA boneheads.

Don't get mad because we see you coming a mile away. Scum

Your replies of Aug 6 2019 at 9:37am are why political discourse in this country is broken. And by the way, name calling clearly suggests you lack the education necessary to reply in a reasoned and responsible manner.

That is your opinion. Political discourse trumps political control. If you want to be ruled move to Europe.

Another 6 years of packing peanuts - inert, space-filling, packing material - in public office. Because that is what Nebraska elects people to Congress to do: nothing, if they can help it.

For Mr. Bob Jones: Name calling has nothing to do with political discourse. It is illustrative of a weak mind or poor education and it is usually reserved for those white MAGA hat wearing boys who take great pride in their failure to finish high school. You know, Trump's loyal base. Say, could you be part of this crowd?

Are you talking about Jim B? If so it fits.

Sorry to disappoint you, Paulie, but "failure to finish high school" does not "fit" me. I finished high school. And then college. And then post-graduate. So, how about you?