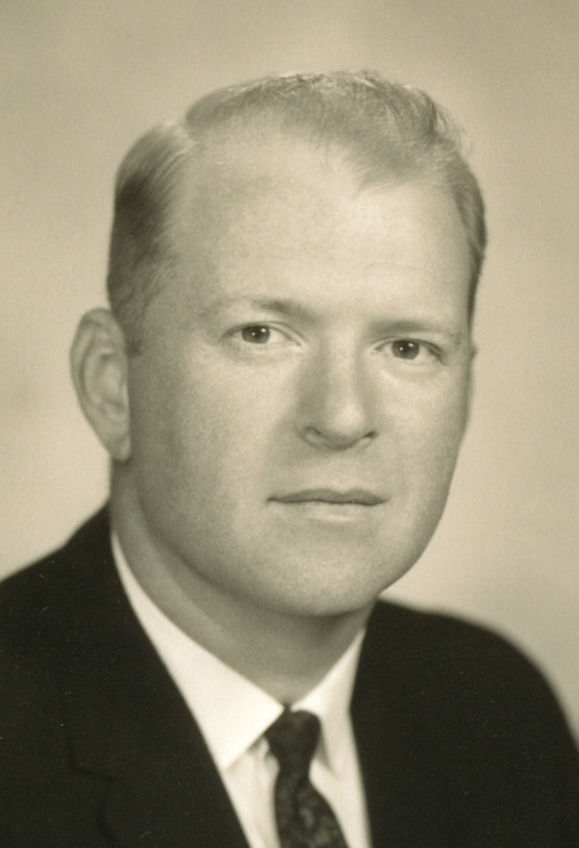 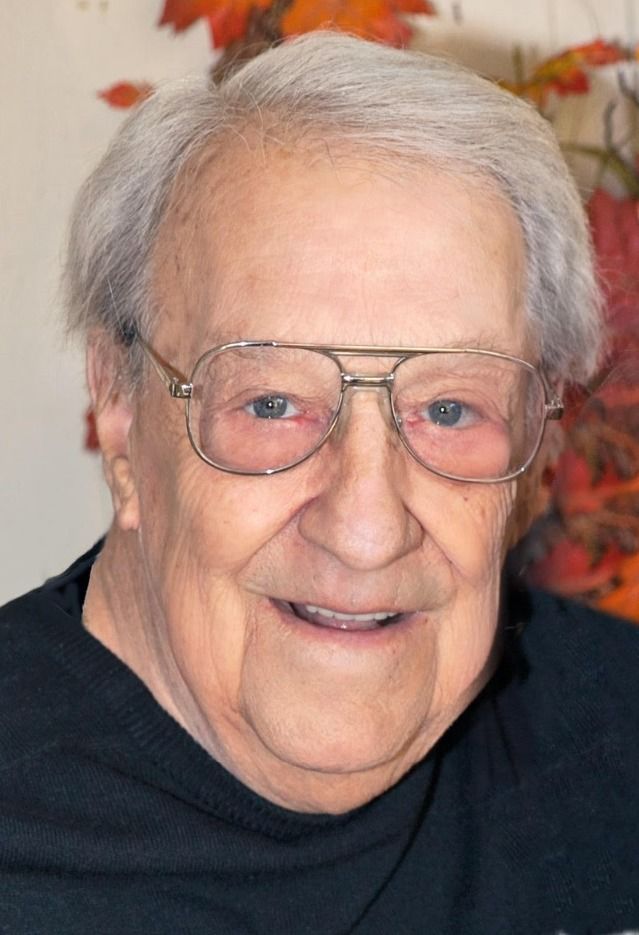 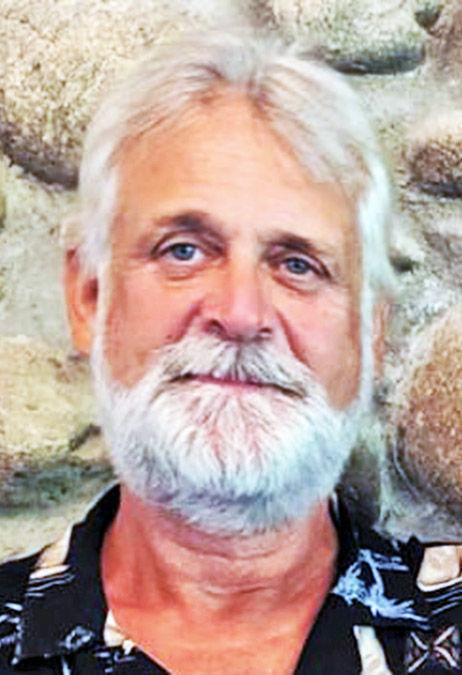 Genest, Sr. Mary Louise, OSM May 31, 1928 - January 6, 2020 Preceded in death by parents, Edward and Bertha Genest; and sister, Mrs. Gladys Larrow. Survived by sister, Arlene Conklin (Richard); and brother, Ron Genest. VISITATION begins Saturday, January 11th at 9am, at Our Lady of Sorrows Convent (7400 Military Ave.) with a VIGIL SERVICE at 9:30am followed by MASS OF CHRISTIAN BURIAL at 10:30am. INTERMENT: Convent Cemetery. Memorials are suggested to the Servants of Mary. HEAFEY-HOFFMANN-DWORAK-CUTLER West Center Chapel, 7805 W. Center Rd. 402-391-3900 | www.heafeyheafey.com 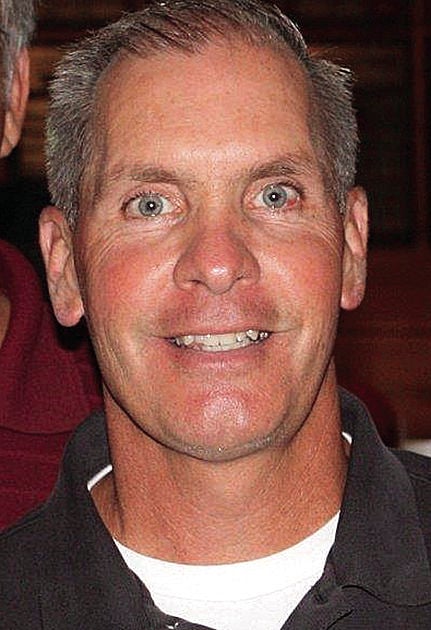 Hall, Greg "Husker" November 14, 1954 - January 2, 2020 On January 2nd, Greg (due to a sudden and massive heart attack) was in an instant taken from us while at his home in Kansas City. Greg is survived by his wife of 35 years, Donna; his two sons, Shannon and Dusty; and his 11 remaining brothers and sisters. As Greg and Donna wanted, Cremation and Interment will be a Private Family affair in Kansas City. On February 1st, from 1-4pm, there will be a GATHERING to CELEBRATE the life of this special man at the Fireman's Union Hall on 60th & Grover, Omaha. Please bring your stories and memories of Greg and join Donna, their boys and the rest of the Hall Family to honor his life. 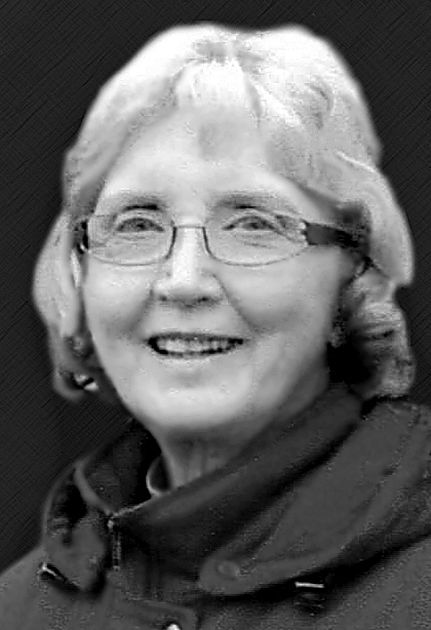 Holeman, Rosemary Anne (Nelson) 1939 - 2020 Born in Chicago, IL Died at her home in Omaha at the age of 80. She is survived by a devoted husband of 51 years, Stephen Holeman, children, Tara (Erik) Kawasaki, VA; Kerry (Jonathan Schwanbeck) Holeman, MA; Matthew Holeman, Omaha; Stephanie Holeman, MD; and one grandson. She was preceded in death by her son, Zachary J. Holeman; her brother, CMSgt Paul J. Nelson; and parents Florence (McCabe) Nelson and Ole L. Nelson. Rosemary was a graduate of Holy Name High School (1957) and Duchesne College (1961). She later completed an MA in Pastoral Studies at Loyola University New Orleans (2006). Rosemary's hallmark in life was to befriend and support children, especially those with special needs, immigrants, and families in poverty. She was "Miss Rosemary" on Romper Room at WOW-TV in Omaha, where she honed a lifelong gift of caring for children, both her own and many others. She served in South Korea in 1962-63 with the American Red Cross in a troop support position commonly known as "donut dollies." She volunteered for the Red Cross both before and after that tour, for a total of 60 years of service. She tirelessly guided children as a leader in Camp Fire and Cub Scouts. She was an active volunteer with Madonna School, Holy Name parish, the Servants of Mary and St. Vincent de Paul Society. She received the Presidential Citation in 2014 from the American Red Cross Overseas Association (ARCOA). Rosemary's warm welcome was extended to refugees resettling in Omaha and she had fun co-founding the Rosemary Club for like-named ladies. She was an avid tennis and table tennis player who enjoyed competing in track and field events at the Nebraska Senior Games and National Games. She was a longtime member of the Nebraska Mineral and Gem society and the Audubon Society. SERVICES will be at Holy Name Church, 2901 Fontenelle Blvd, Omaha, NE. A VISITATION will be held at 10:30am on Friday, January 10, 2020 with a FUNERAL MASS to follow at 11:30am. Refreshments will follow the Mass. In lieu of flowers, donations to Holy Name Church or Holy Name's Society of St. Vincent de Paul. HOY - KILNOSKI FUNERAL HOME AND CREMATORY 1221 N. 16th Street, Council Bluffs, IA 51501 (712) 256-9988 | www.hoyfuneral.com

Mandel, Gladys Age 80 - January 6, 2020 Of West Point, NE. Preceded in death by parents; and sister, Martha Schorn. Survivors include husband, David of West Point; children, Don (Sue) Mandel of Omaha, Dan (Debbie) Mandel of Wichita, KS, Russ (Nancy) Mandel of Omaha, Mike Mandel of Omaha, and Deann (Steve) Grovijohn of Omaha; 10 grandchildren; one great-grandson; brothers, Leonard Neesen and Lavern Neesen of West Point, NE. FUNERAL MASS will be Saturday, January 11th at 10:30am at St. Mary's Catholic Church in West Point, NE with interment in St. Wenceslaus Catholic Cemetery following a luncheon. VISITATION will be on Friday from 4-7pm, with a Vigil Service at 7pm, at the Church and will continue on Saturday from 9-10am at the Minnick Funeral Home in West Point. MINNICK FUNERAL HOME 830 S. Colfax St., West Point, NE 68788 402-372-2022 | www.minnickfuneralserviceinc.com 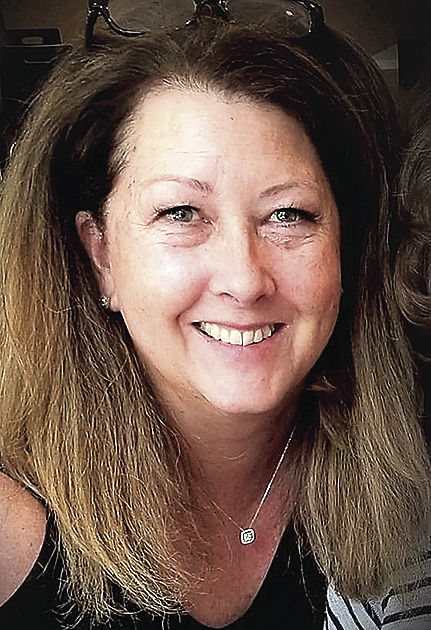 McGinnis, Retha J. (Foster) Age 87 - January 5, 2020 Of Glenwood, IA. CELEBRATION of LIFE will be Saturday January 11, 2020 at 10:30am at Peterson Mortuary in Glenwood. Interment will be in the Glenwood Cemetery. Memorials may be directed to Retha McGinnis Scholarship Fund. PETERSON MORTUARY 212 S. Locust, Glenwood, IA (712) 527-4805 | www.petersonmortuaryinc.com

McPhillips, Jerome "Jerry" September 2, 1933 - January 6, 2020 Of Elkhorn, NE. Survived by his wife, Marlene, sons, William (Ann) of Ft. Calhoun, NE and Steven (Sheri) of San Clemente, CA; daughters, Theresa of Omaha, Deborah (Tom) McFinch of Kennard, NE and Lynne (Greg) Stamps of Austin, TX; 19 grandchildren; and 18 great-grandchildren; sisters, Bernadette McCullough of Omaha and Mary Alice Raitt Columbus, NE; brother, Richard of Cedar Rapids, NE. Gathering with the family will be held Wednesday January 8, 2020 at 6-8pm at Reichmuth Funeral Home in Elkhorn, NE with a Rosary at 7pm. FUNERAL MASS will be held on Thursday January 9, 2020 at Saint Patrick Catholic Church, Elkhorn, NE at 10:30am. A luncheon will follow the Funeral Mass. Interment will be held at a later date. Memorials to the church. Condolences to www.reichmuthfuneralhomes.com REICHMUTH FUNERAL HOME 21901 West Maple | (402) 289-2222 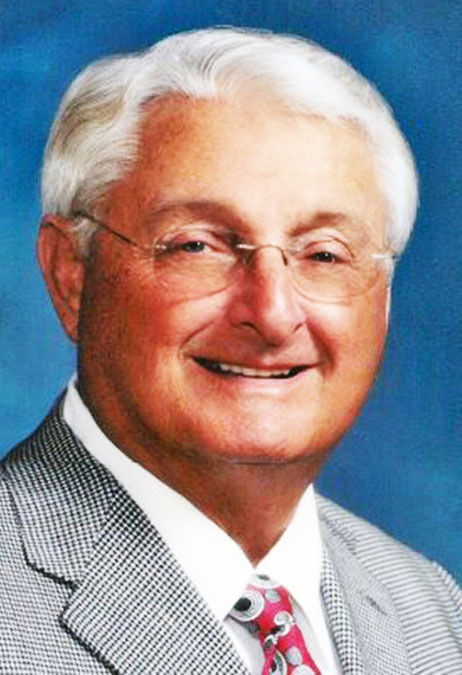 Miller, Robert Lee August 22, 1935 - January 7, 2020 Robert Lee Miller, 84, a longtime Omaha native, went to be with the Lord, Tuesday, January 7th 2020. He was born on August 21, 1935 to Edward and Violet Miller. Bob graduated from Benson High School in 1954. He married the love of his life Del Jean Thomazin and from that moment his joke was that the cost of everything doubled. Bob worked for Ed Miller and Son's with his dad and brothers. He loved construction and took great pride in the projects they completed throughout the Midwest. He is also very proud of his daughter's, and watching them continue his legacy through Robert Miller Properties. His family was always the joy of his life. Bob spent a great number of years on Marco Island where his love for fishing, social outings with Del Jean, and hosting family and friends filled their days. Bob was always a great supporter of the churches wherever he was living at the time. His deep seated belief in God was always foundational truth to him. Robert was preceded in death by his parents, Edward and Violet Miller; stepmother, Loretta Miller; brother, Larry Miller; and brother and sister-in-law, Edward Jr. and Bernice Miller; brother-in-laws, Barty Fulton and John Allen. Survived by his loving wife of 63 years, Del Jean; sister, Janice Allen; sister-in-law, Judy Miller; daughters, Michaelene (Steven) Maurstad, Jacquelene (Thomas) Donovan; grandchildren, Kirstin (Pat) Ricketts, Lindsey (John) Elsaesser, Kelsey (Tanner) Almery, Joseph (Francesca) Donovan, Robert (Marisa) Donovan, and Michael Donovan; great-grandchildren: Lyla, Evie and Ali Elsaesser; Henry, Graham, Samantha and Theodore Ricketts; Elwood Almery; Paige Donovan, and John Donovan. MEMORIAL CELEBRATION: 9am Friday, January 10, 2020, for family and friends at Lakeside Village Immanuel Community. 17475 Frances St. Omaha, NE 68130. In lieu of flowers, the family wishes memorials to Lakeside Scholarship Fund in Robert Millers name. He was always asking what he could do for the people around him until some of his last visits. Robert will be remembered as the rock of our family, one who could be relied upon and who always had an ear to listen and a hand in the air cheering you on. Westlawn Hillcrest 5701 Center St., Omaha, NE 68106 402-556-2500 | www.WestlawnHillcrest.com 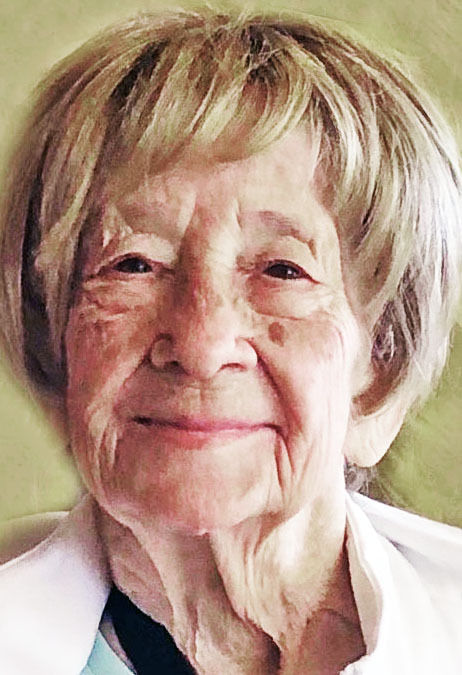 Paulson, William Harvey November 25, 1944 - December 31, 2019 Preceded in death by his parents, Roy and Dorothy Paulson. Survived by his wife Mary; brother, Leslie (Teresa) Paulson; daughter, Ruth (Neal) Allen; son, Elijah Paulson; grandchildren, Micah and Zivah Allen; numerous nephews, nieces and great-nephews and nieces. SERVICES will be Saturday, January 11, 2020, at the Peace Church of the Brethren, 2605 Ave E, Council Bluffs, IA. Family will meet friends from 3-4pm and the Memorial Service will begin at 4 pm. In lieu of flowers please make donations in William's name to either Sword of the Spirit Christian School or to the Autism Society of Nebraska Omaha. Westlawn-Hillcrest Funeral Home 5701 Center St. | 402-556-2500 | westlawnhillcrest.com 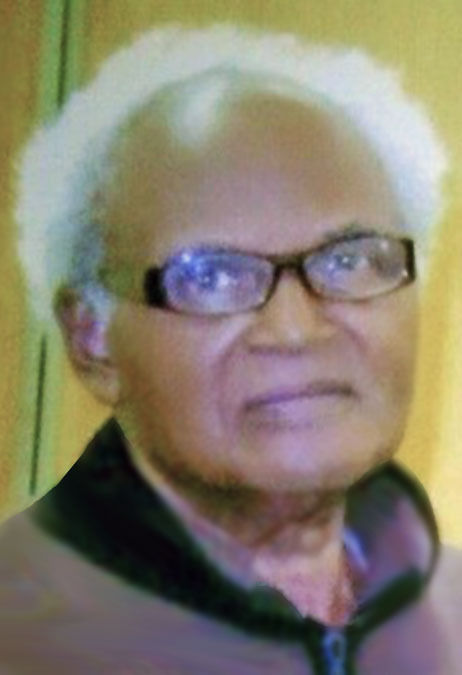 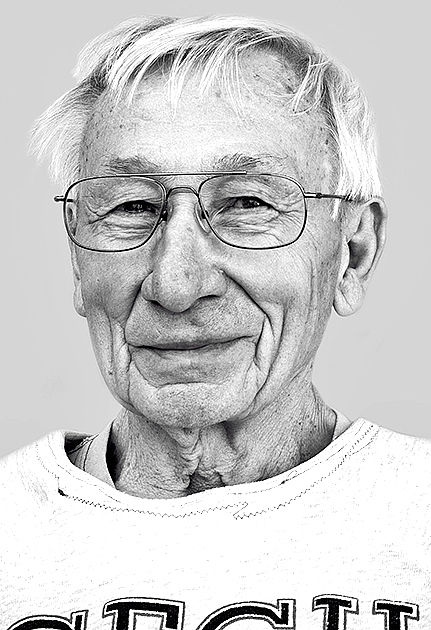 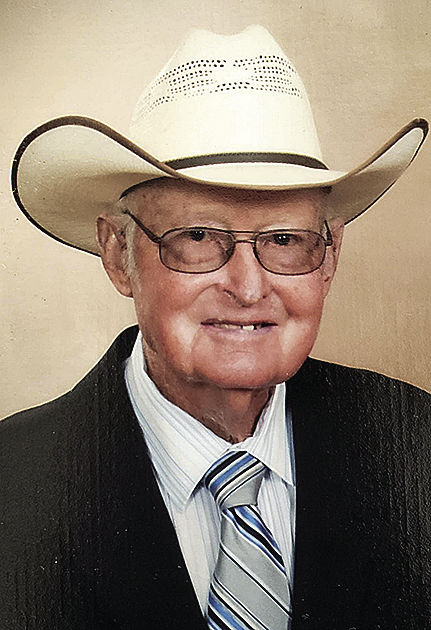 Pritchard, Mark M. February 20, 1930 - January 5, 2020 Age 89 of Spalding, NE. Mark was born to John and Mary (Rutledge) Pritchard. He attended a country school, District 39, then Spalding Academy, from which he graduated in 1947. He never missed a high school reunion and was awarded the school's distinguished alumnus award in 2018. He was a third-generation farmer, and he loved operating the family farm, taking care of animals, the county fair, and attending farm sales which he said was his only hobby. He married JoAnn Schmidt on Aug 4, 1955 and they had six children. He was proceeded in death by his parents; infant daughter, Mary; and his son, David. Survived by JoAnn, his wife of 64 years; son, Don Pritchard and wife Debra of Spalding; daughter-in-law Annette Pritchard of Laurel; daughters, Denise Spelic and husband Bill of Spalding, Dorothy Endacott and husband Kent of Lincoln, and Diane Pritchard and Joseph Prinzi of Philadelphia; 11 grandchildren; and eight great-grandchildren. He is also survived by his brothers, Gerard Pritchard (Kathy) of Bellevue and Harry Pritchard (Shirley) of Lebanon, Ohio; sister, Margaret Ann McCoy (Bernie) of Omaha; and brother-in-law, Ray Vlasin of East Lansing, Michigan; and numerous cousins, nieces, and nephews. In lieu of flowers, memorials are suggested to St. Michael's Catholic Church or Spalding Academy. MASS of CHRISTIAN BURIAL was Wednesday, January 8, 2020 at St. Michael's Catholic Church in Spalding. 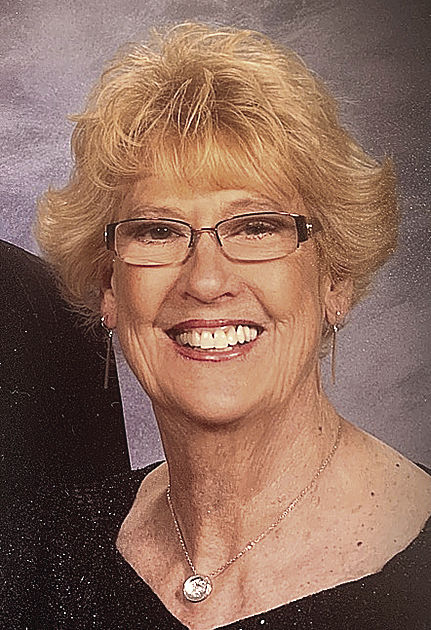 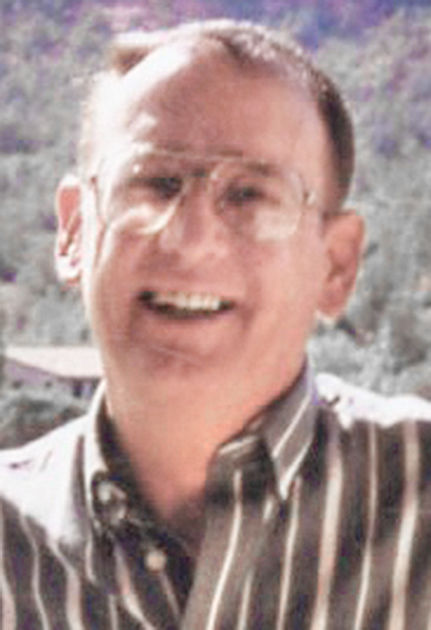