Uebner, Carol H. Family will receive friends beginning at 10am, Friday, January 24 at St. Luke United Methodist Church, 120th and Burke Street, with A CELEBRATION OF LIFE SERVICE at 11am. In lieu of flowers, donations may be made to St. Luke Methodist Church or the Nebraska Humane Society. "A bed without a quilt is like the sky without stars" John A. Gentleman Mortuaries and Crematory 1010 North 72 St. 40-391-1664 www.johnagentleman.com 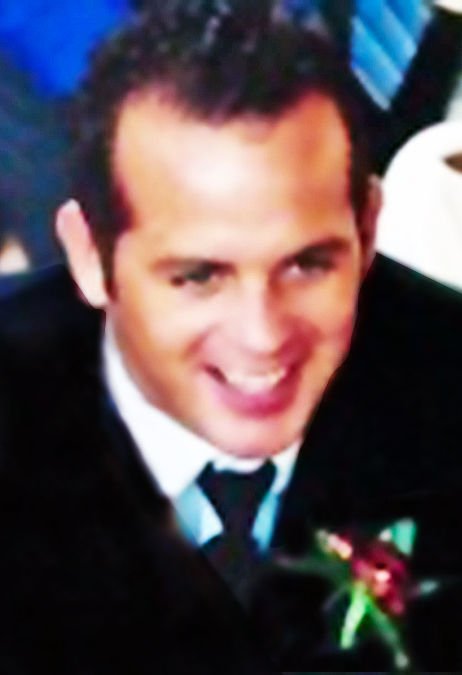 Ryan, Michael Joseph Michael Joseph Ryan, formerly of Sioux City, went to his eternal resting place Saturday, January 18, 2020. Michael was born October 3, 1970, in Sioux City, to Pat and Lorraine Ryan. Michael was raised in Sioux City. He attended Blessed Sacrament and graduated from Bishop Heelan High School, where he was a star athlete. He received his Bachelors Degree from Iowa State University and was a member of the Tau Kappa Epsilon fraternity. After college, Michael moved to California with his dog, Yukon, and lived and worked there for several years before returning to the Midwest. Michael loved dogs, football, and the outdoors. He was happiest spending time with his daughter, Taylor, who was the light of his life, and their loyal dog, Daisy. Michael adored his niece and nephews and loved being with his family. Michael was preceded in death by his father, John Patrick Ryan. He is survived by his daughter, Taylor; mother, Lorraine of Sioux City; brothers, Jake (Libby) of San Diego, CA., and Daniel (Suzanna) of Carlsbad, CA.; his sisters, Kathleen McClenahan (Tom) of Laguna Hills, CA., and Brigid Carman (Jeremy) of Highlands Ranch, CO.; one niece (Keely) and eight nephews (Cathal, Will, Cormac, Alex, John, Quinlan, Henry and Cudahy). A CELEBRATION OF LIFE will be held at 10:30am Saturday, January 25, at St. John's Catholic Parish Church in Omaha on the Creighton campus. In lieu of flowers, memorial donations may be made in Michael's name to the Nebraska Wildlife Conservation Fund,c/o Nebraska Game and Parks Commission, PO Box 30370, 2200 N. 33rd Street, Lincoln, NE 68503, or online at outdoornebraska.gov. 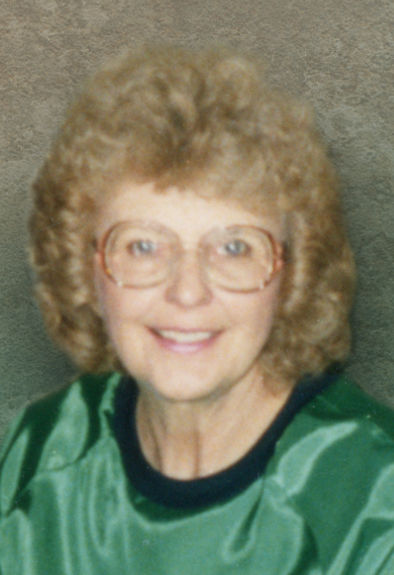 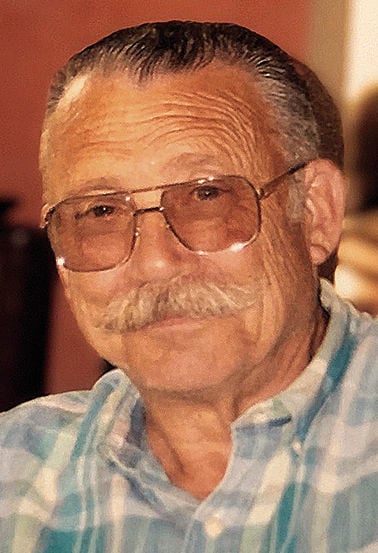 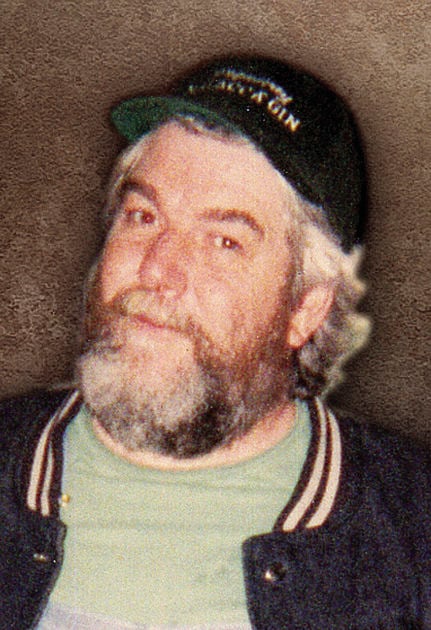 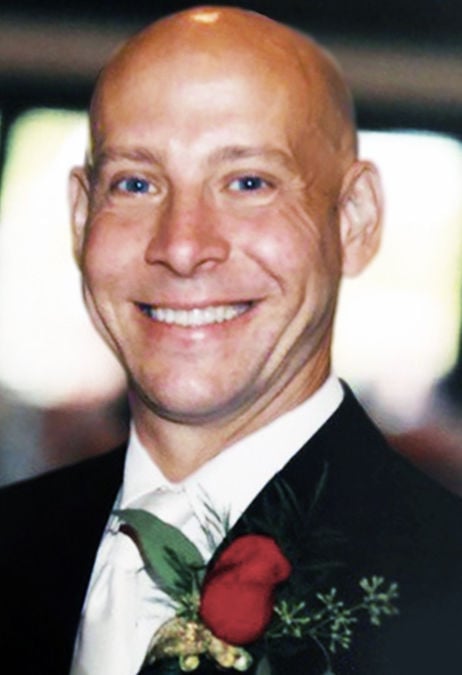 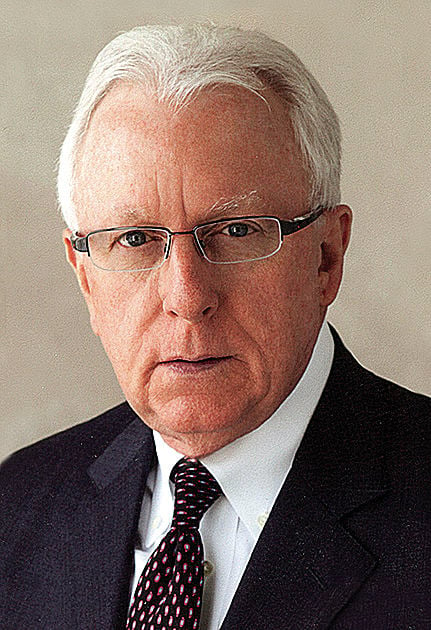 Patterson, James "J.R." Age 88 James "J.R." Patterson, of Fremont, NE, passed away January 22, 2020. He was born in Moore, OK, on October 23, 1931 to the late Earl and Amy (Willis) Patterson. He was a pastor for the Church of Christ. In addition to his parents, J.R. was preceded in death by his first wife, Francene; brothers, Lon, Russel, Ed, and Harry Patterson; sister, Martha Daniels. He is survived by his wife, Susan; son, David (Denise) Patterson; daughters, Rebecca (Dennis) Crawford, Rachel (Mike) Liester; and a host of other family and friends. MEMORIAL SERVICE: Saturday, January 25, 2020, 10am, at Fremont Church of Christ, 4163 North Broad St., Fremont, NE. CHAPEL OF MEMORIES 9001 Arbor Street #111 | 402-551-1011 omahachapelofmemories.com 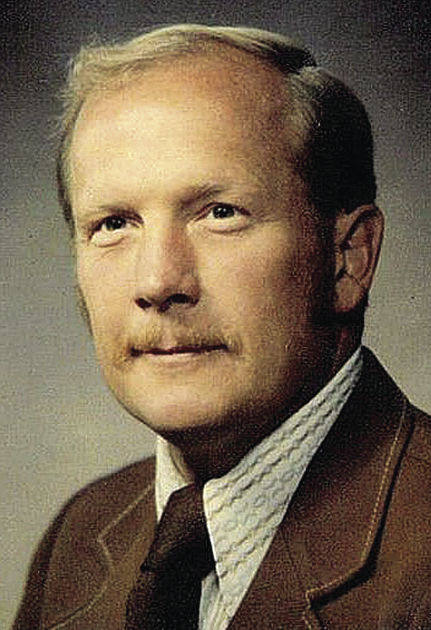 Taulborg, Bernard P. "Bernie" July 15, 1929 - January 21, 2020 Bernie was always an eager business person. Living at 24th & Cuming in the 3rd grade he sold paper flowers at the Trocadero Bar on 20th & Cuming until his mother found out. Then in 4th and 6th grade he made a shoe shine box to shine shoes of people coming out of the theaters on 16th Street. Bernie attended four grade schools - it was difficult times. At age 18 he took a job at Omaha Towel Supply and delivered towels in Iowa and Omaha. He learned to drive on a one ton dual wheel panel truck. The company wanted him to be route supervisor. He married Janice at age 19 in 1949 and was drafted in 1952 and saw active duty in Korea, in the famous 25th Division. He was with the 155th Field Artillery, coordinating as to where to fire artillery. He made Sgt. When Bernie was discharged he went into partnership with his brother, John in 1956. Being one of the pioneers of apartment building in Omaha at that time. In 1968 he developed Richland Park Apt Complex on 116th & West Dodge, which was considered country at the time! From 1956 to 1997 he was still actively developing land and building. He was a member of Metropolitan Builders Assoc. and President of the Apt. Council in 1975. He had a Real Estate and Broker's license from 1964 to 1998. He was also on the Board of Directors at North Side Bank. In 1966 he became a 32nd degree Mason and joined the Scottish Rite and Tangier Temple Shrine and was actively involved with The Cycle Patrol to date. He was a strong believer in the works of Shrine Hospitals and also was a lover of restoring antique automobiles. He donated 137 of his collection to Kearney Nebraska Museum. He showed the cars at his home and people came through and put money in Shrine Hospital buckets amounting to over $10,000! In his retirement he built over 120 large birdhouses, and small ones too - all his own designs. Preceded in death by son, Jeffrey Lee; and brothers, John and Gene. Survived by loving wife, Janice; children: Craig (Brenda) Taulborg, Carol (John) Clark, Chris (Bonnie) Taulborg; 11 grandchildren; 25 great-grandchildren; 4 great-great-grandchildren. SERVICES: 11am Monday, January 27, at Forest Lawn. Burial in Forest Lawn Cemetery. In lieu of flowers, memorials to Tangier Shrine Hospital Transportation Fund. Forest Lawn Funeral Home 7909 Mormon Bridge Rd., Omaha, NE (402) 451-1000 | www.forestlawnomaha.com 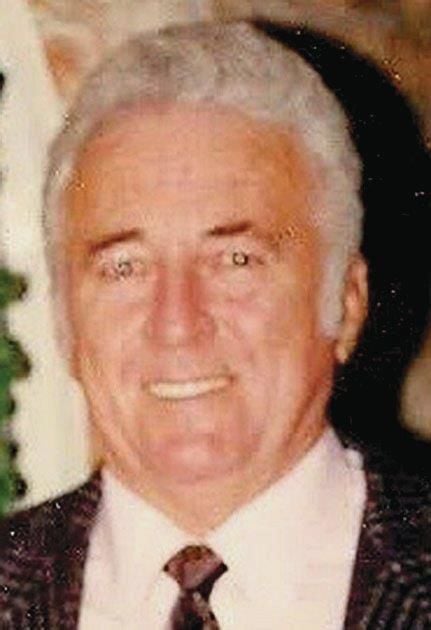 Vice, Emile L. Emile L. Vice, 83, of Collins, MS passed away on January 17, 2020, at Asbury Hospice House in Hattiesburg, MS due to complications of colon cancer. He was a native of New Orleans and attended Warren Easton High School, class of 1954. Mr. Vice had his own swimming pool service until 2005 when he and his wife relocated to Omaha, due to Hurricane Katrina. They resided in Omaha until 2012 and moved back south to Collins, MS. Mr. Vice is survived by wife of 45 years, Janet Vice; and one sister, Marilyn McNelis (Redlands, CA). He was preceded in death by his first wife, Clara Vice, who passed in 1968; one sister, Barbara Bianchini (New Orleans, LA); one brother, Joseph Vice (Covington, KY). In lieu of flowers, donations may be made to any local animal shelter in honor of Emile L. Vice. 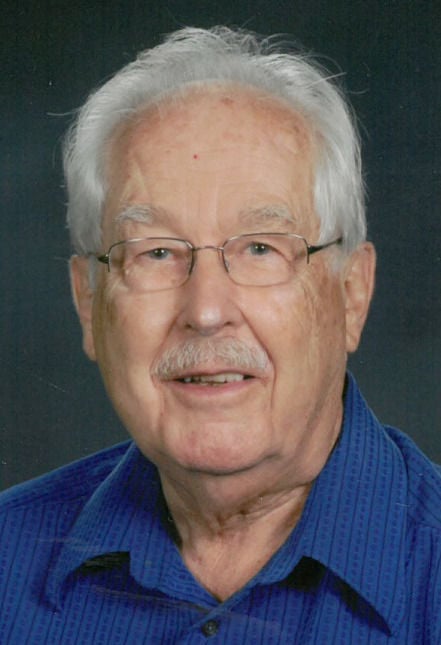 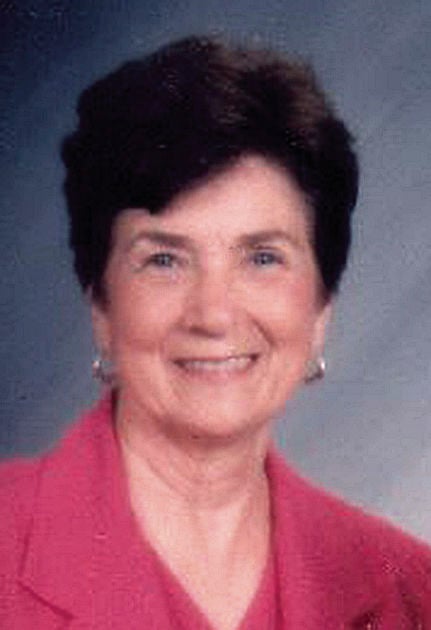 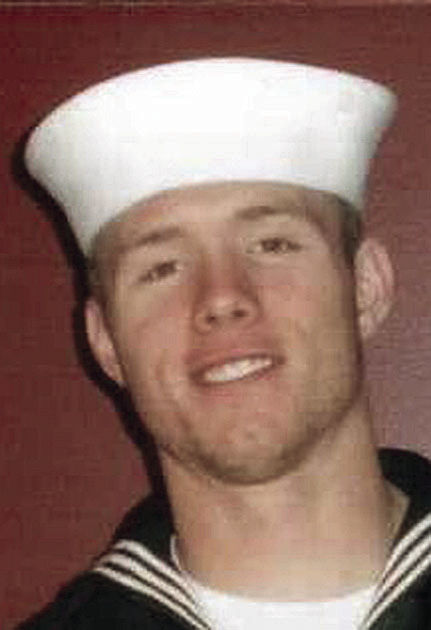 Witulski, Seth David Seth David Witulski passed away on January 19, 2020 surrounded by loved ones in Omaha. He is survived by his wife, Kayleigh Witulski; their three children, Myla, Evelyn and Marek; his parents, David and Julie Witulski; and his brother: Jeff Peters (Kayla) and his children and step-children; grandparents, Larry and Mary Lou Melton and Ruth Witulski; and numerous aunts, uncles, cousins, and friends. Preceded in death by grandparents, Bernard Witulski and Richard Peters. Seth was a devoted husband and father and a loving son. He graduated from Mt. Michael Benedictine School in 2008. He proudly served in the world's greatest Navy following in the footsteps of his father and grandfather. Seth loved the outdoors, enjoying hiking, camping, rock climbing and snowboarding. He loved to travel. He enjoyed time with family and friends, loved sitting around a campfire and had a passion for cars. He was quick-witted, fast with a joke and had an easy smile. Seth's true treasures were his wife and his children, he was happiest making memories with his family. VISITATION: Sunday, 12Noon to 7pm, with family receiving friends from 4-7pm, at the Funeral Home and a WAKE SERVICE at 7pm. During the WAKE SERVICE there will be a Time of Sharing and the family encourages friends to share their personal memories of Seth. MASS OF CHRISTIAN BURIAL: Monday 10am at Mount Michael Gymnasium. Interment with Military Honors at Omaha National Cemetery. In lieu of flowers, please consider donations to the Seth Witulski Memorial Fund, c/o Omaha Police Federal Credit Union, 3003 S. 82nd Ave, Omaha, NE 68124. Condolences to www.reichmuthfuneralhomes.com. REICHMUTH FUNERAL HOME 21901 West Maple | (402) 289-2222 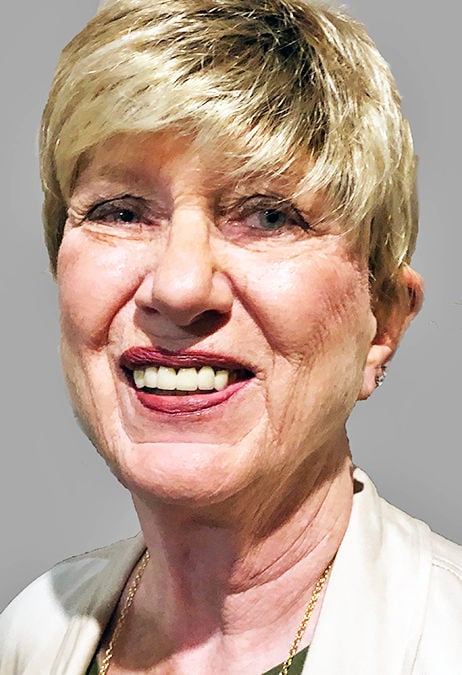 Grant, Elizabeth "Bette" Age 92 Bette Grant, of LaVista, NE, died on Tuesday, January 21, 2020 at Hospice House in Omaha. She was preceded in death by her parents; three brothers; one sister; husband, Charles; three stepsons; one great-grandchild; a daughter-in-law; three sisters-in-law and a brother-in-law. Bette is survived by her son, Donald Grant of Merrill, IA. She was a nurse in the Omaha and West Iowa for many years, and would retire from Children's Hospital in Omaha in 1989. GRAVESIDE SERVICE: 1pm Saturday, January 25th, at Evergreen Cemetery in Omaha followed by a 2pm MEMORIAL SERVICE at Messiah Lutheran Church on South 80th Street in Omaha with Pastor Greg Berger officiating. Visitation with the family will be held following the services at the church. Memorials can be made to Children's Hospital - Omaha. REICHMUTH FUNERAL HOME 21901 West Maple | (402) 289-2222 www.reichmuthfuneralhomes.com 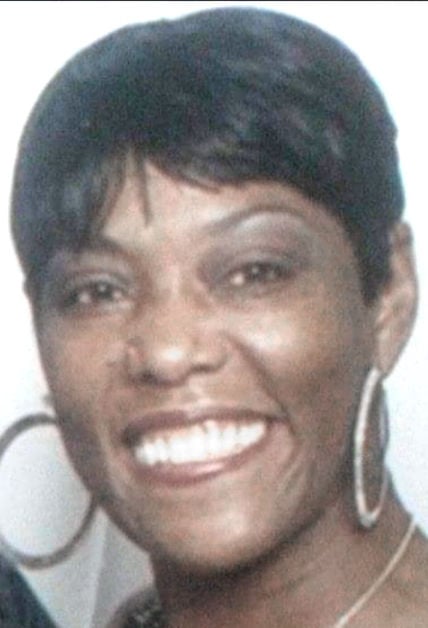 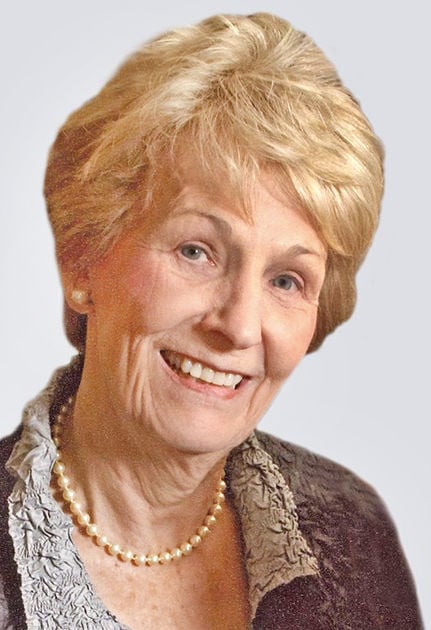 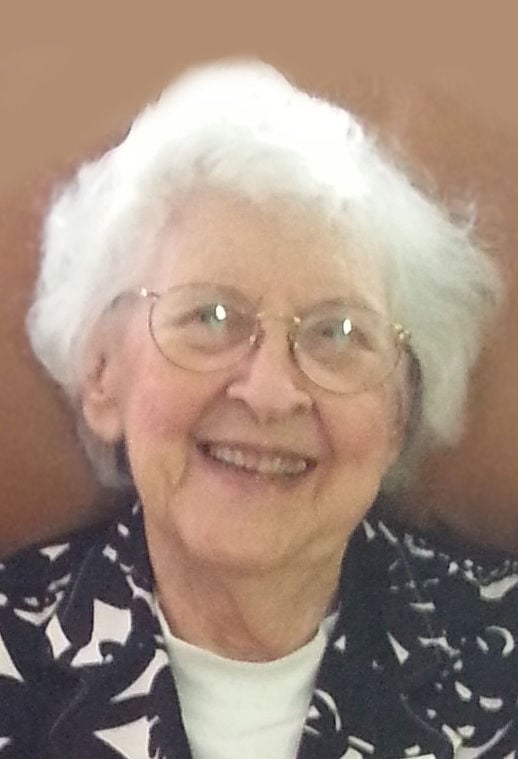 Lower, Dorothy I. September 30, 1927 - January 9, 2020 Preceded in death by both husbands and her beloved sister, Joyce. Survived by children, Nancy Anderson and Chuck Anderson (Stacey); two grandsons; brother, Wyatt Lee Schneider (Sandra) and family, and brother-in-law, Ross Hecht and family. Family will receive friends Saturday, January 25th from 10am to 11am, followed by a FUNERAL SERVICE at 11:00am, all at the West Center Chapel. GRAVESIDE SERVICE: 3pm, Greenwood Cemetery, York, NE. In lieu of flowers, memorials may be made to P.E.O. HEAFEY-HOFFMANN-DWORAK-CUTLER West Center Chapel, 7805 W. Center Rd. 402-391-3900 | www.heafeyheafey.com 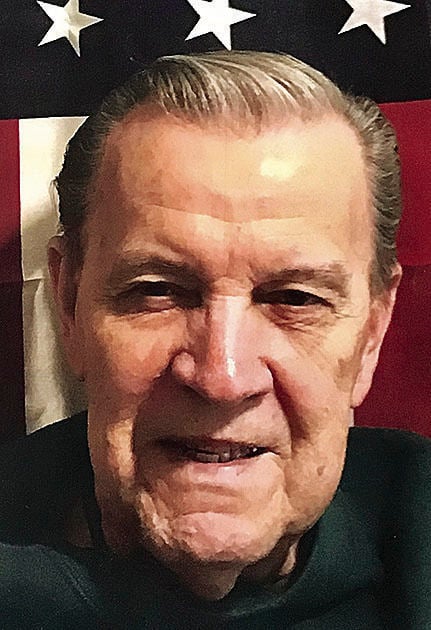 Macrander, Raymond C. Age 86 - January 20, 2020 Of Bellevue, NE, passed away on January 20 after a brief illness. He was the son of Charles and Iva Macrander. He is survived by his two sons, Mike and wife Jane of Bellevue, NE, and Matt and wife Kathy of Springhill, TN. His loving wife, Carolyn, passed in 2017. His parents and three brothers, Ed, Lee, and Duane went before. He was born in Northboro, IA, and the family later moved to nearby Shenandoah where he graduated high school in 1951. He served in the Air Force during the Korean war and was later stationed at Offutt AFB in Bellevue, where he met the love of his life Carolyn at a church in Omaha. They married in 1956. He obtained his bachelor's degree at Iowa University in 1968. He worked at Nettelton Business College, Traveler's Insurance and WOWT TV before accepting a position at Iowa Vocational Rehabilitation. The family then moved to Clarinda, IA. Shortly thereafter he completed his Masters in Guidance and Counseling at the University of Wisconsin. In 1974 he was instrumental in the founding of Nishna Productions, an agency serving the intellectually disabled in Southwest Iowa. He received the Iowa Counselor of The Year award from Voc Rehab. He was president of First United Methodist Church in Clarinda and a member for many years. He moved to Bellevue after the death of his wife to be closer to family and resided at an apartment at Mable Rose Independent Living Facility. Ray attended Lefler United Methodist Church in South Omaha where he had met his wife many years before. VISITATION: Friday, Jan. 24, 5-8pm, at Bethany Funeral Home Chapel. FUNERAL SERVICE: Saturday, Jan. 25, 1pm, at the funeral home. Interment in Westlawn-Hillcrest Cemetery. In lieu of flowers, memorials suggested to Omaha Lefler Memorial UMC. BETHANY FUNERAL HOME 82nd & Harrison | (402) 593-6100 | bethanyfuneralhome.com