Pat Grassley, right, new speaker of the Iowa House, with his grandfather, U.S. Sen. Chuck Grassley, on opening day of the Iowa Legislature on Monday. Pat Grassley’s gavel is made from a walnut tree on the family’s Iowa farm. 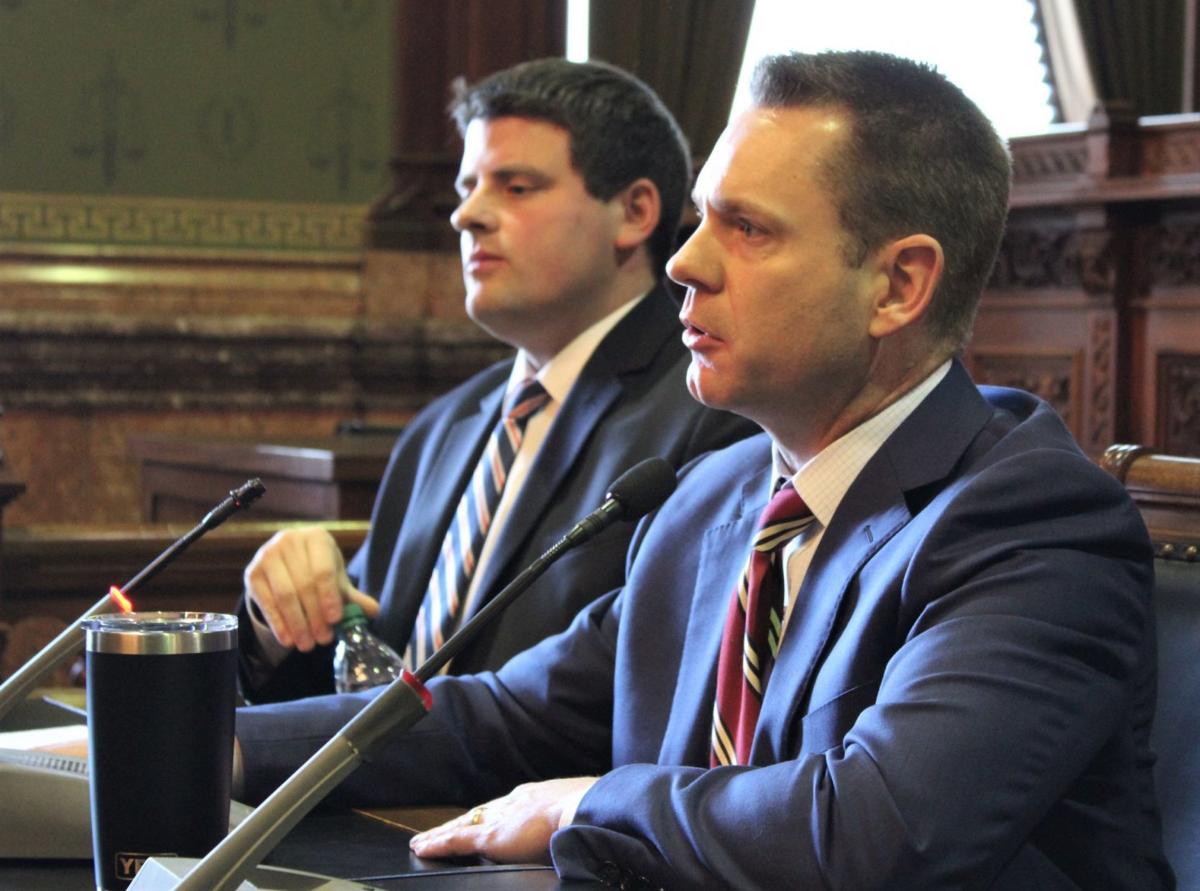 With his family, including his grandparents, U.S. Sen. Chuck Grassley and Barbara Grassley looking on, Republican Rep. Pat Grassley was elected by voice vote and took the oath of office to take the speaker’s chair.

The wooden gavel he will use was given to him by his father, Robin Grassley, made from a walnut tree on the family’s farm near New Hartford.

Chuck Grassley, who served 16 years in the Iowa House, is now president pro tempore of the U.S. Senate — making him third in line to the presidency. He said that he was never interested in being Iowa House speaker but that he’s proud of his grandson’s success.

“I think he also knows there’s going to be a lot of hard work to maintain control of the Iowa House through the next election, but he knows it’s worth it,” Grassley said.

He said that seeing Democrats take over the U.S. House has “neutered” President Donald Trump’s agenda and that his grandson will want to avoid that in the Iowa House.

“He wants to make sure the third and fourth year of Gov. (Kim) Reynolds’ first term doesn’t get neutered by that and to see that that majority is maintained,” he said.

Pat Grassley said workforce issues should be the top priority and that includes finding ways for working families to have access to child care and make it affordable.

He also said expansion of broadband to rural areas is an important priority.

Rep. Linda Upmeyer, speaker since 2016, has stepped down from the leadership position. She will complete her current term in the House that ends this year before leaving the Legislature.

Rep. John Wills was elected by voice vote as speaker pro tempore, and Rep. Matt Windschitl, one of the House’s most ardent gun rights advocates, will be House majority leader.

Wills said he hoped for a government that is smaller and smarter and a session that advances gun rights and limits abortion.

Windschitl said his focus is on freedom.

“Let us strive to find new and ingenuitive ways to make Iowans freer. Free from burdensome government regulations. Free from an overly complex tax system. Free to raise their families and live their lives without the fear of government intrusion. Free to exercise their individual fundamental rights without government sanction or approval,” he said.

Republicans remain in the majority in the House and Senate, and leaders have promised to tackle some of the problems that they argue hinder business growth, including taxes, a lack of available workers and a shortage of affordable child care.

Discussion may include funding the children’s mental health program created last year and considering a sales tax increase to pay for water quality and environmental programs.

Reynolds will outline her priorities Tuesday in the annual Condition of the State message to lawmakers.

“The more we can lower income taxes, the sooner Iowans will be able to pay off student loans, buy a home, start a family, save for their children’s education or put aside money for retirement,” he said.

Nebraska and Iowa’s members of Congress

Copyright 2020 The Associated Press. All rights reserved. This material may not be published, broadcast, rewritten or redistributed.

Only white candidates have qualified for next week's Democratic presidential debate, the first time in this election cycle that no minority contender will make the stage.