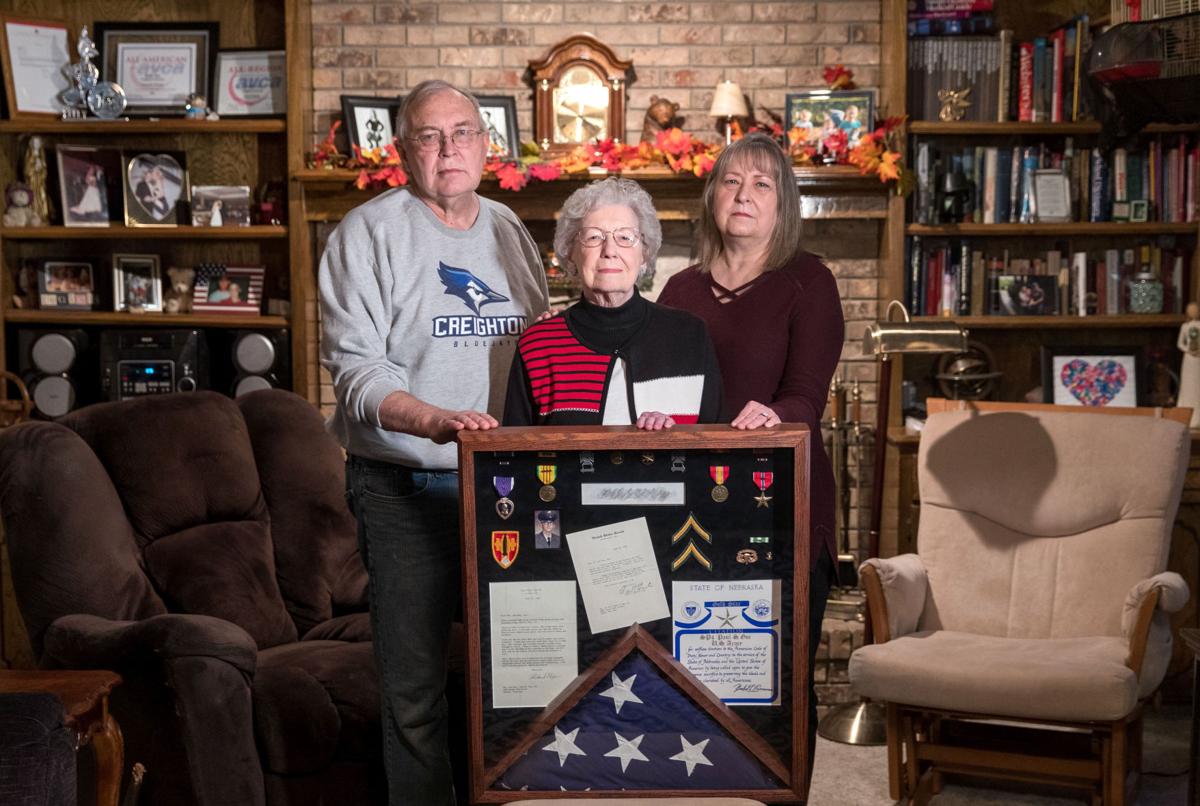 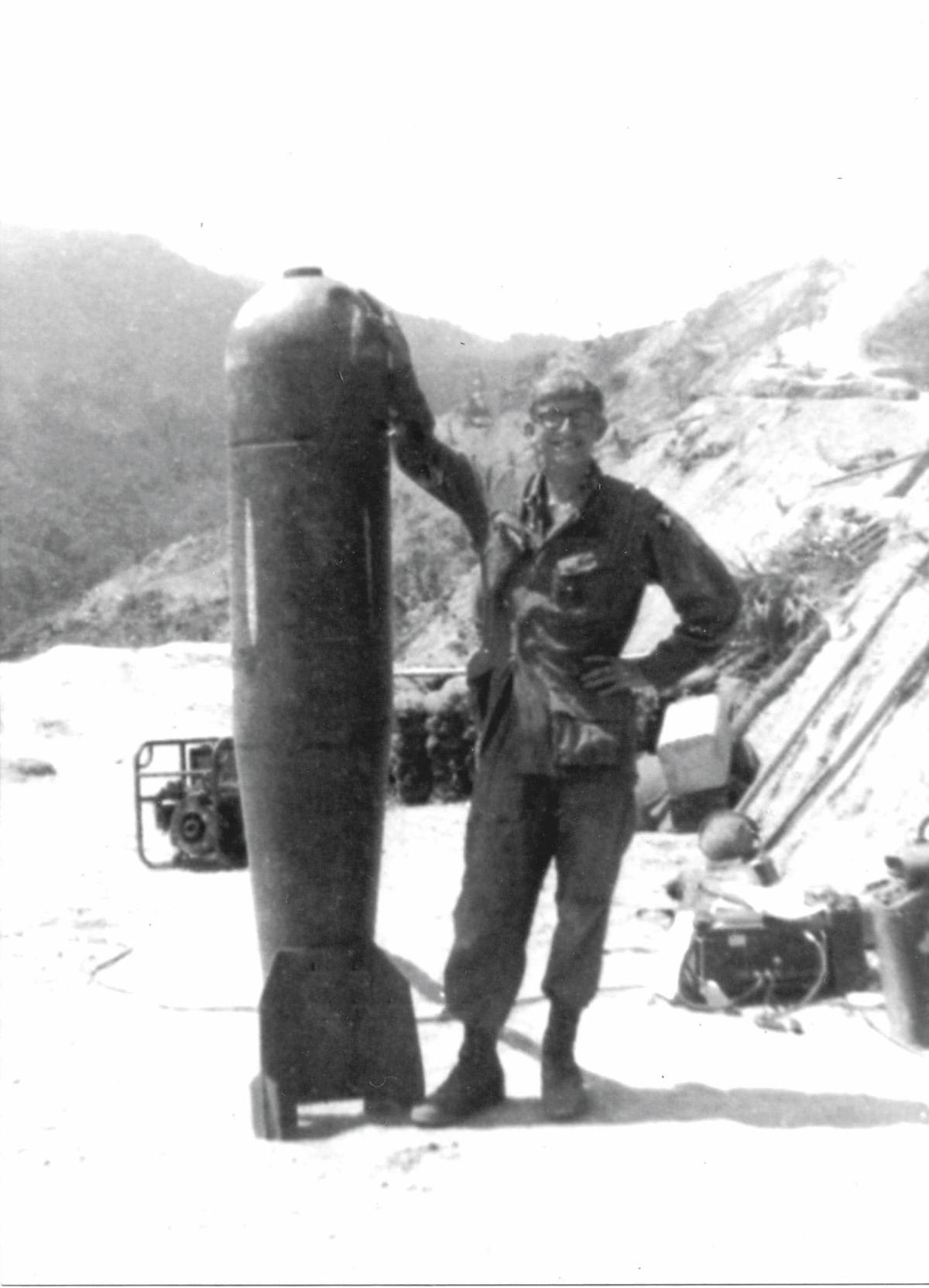 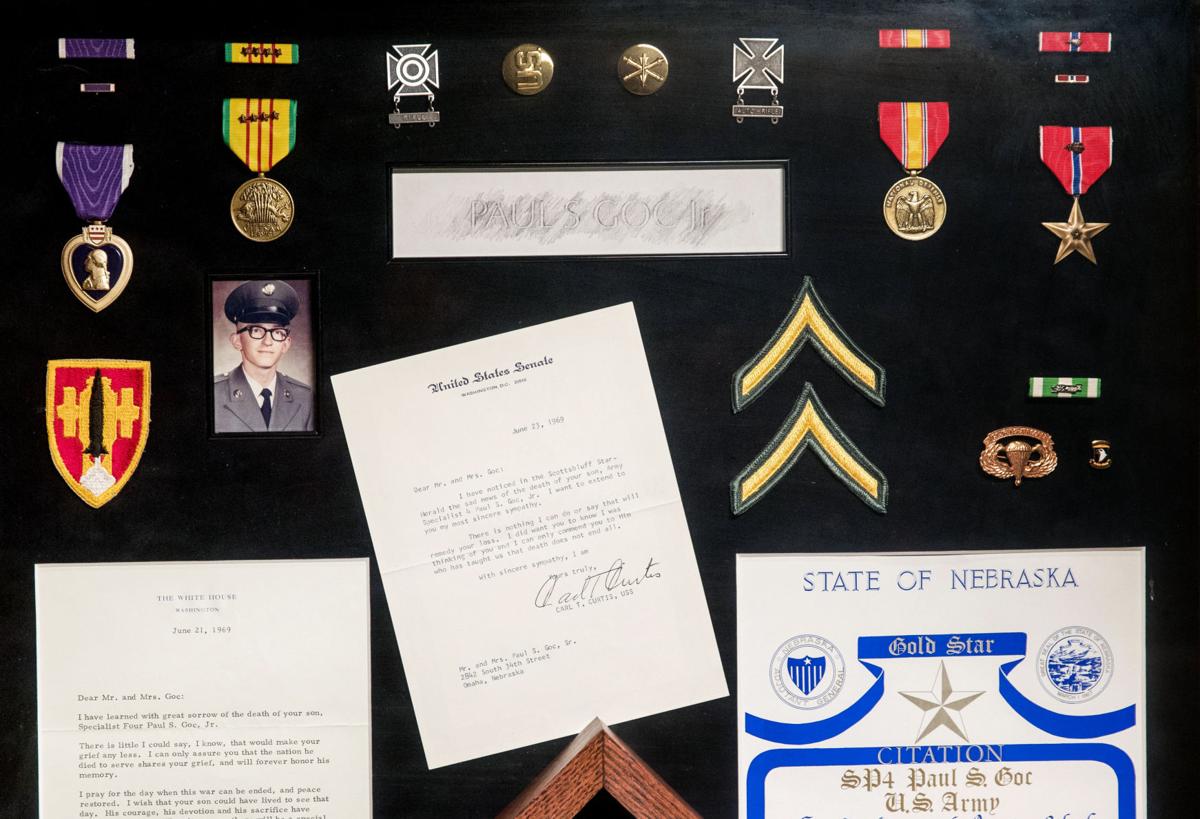 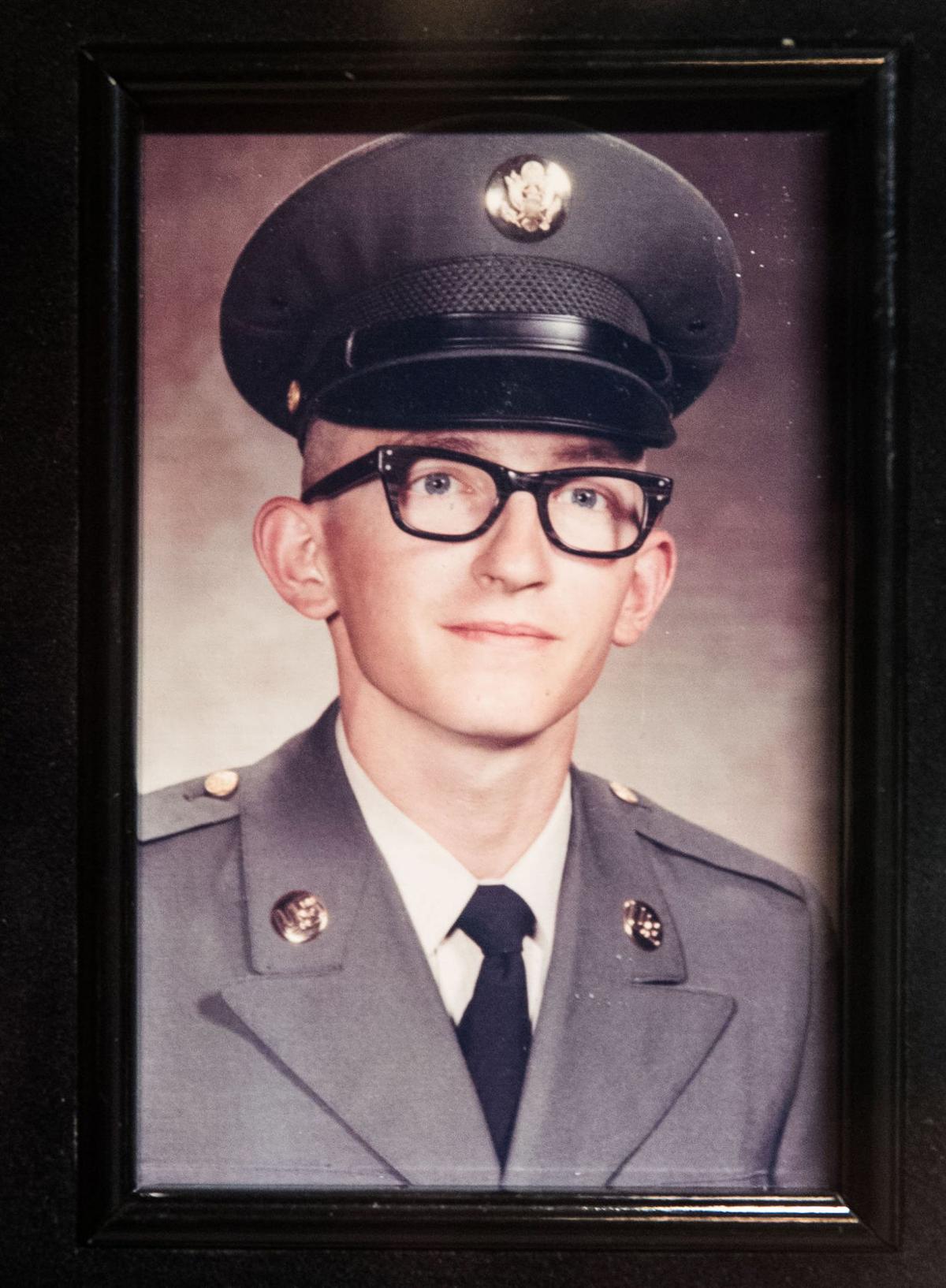 Paul Stephen Goc Jr. never set out to be a war hero.

In the spring of 1968, the Omaha native dropped out of what was then called Omaha University to enlist in the Army, shocking his parents and his younger brother and sister. He wanted to earn money through the GI Bill to finish his degree at the University of Nebraska-Lincoln.

That’s how Spc. Paul Goc, 20, came to be at a hilltop fire support base in South Vietnam the night of June 14, 1969, when North Vietnamese soldiers tried to overrun it.

He was the first to the base’s perimeter and opened fire on some sappers who were trying to break through the fence. He killed three of them but was mortally wounded by shrapnel from a satchel bomb hurled by one of the enemy soldiers. His sacrifice gave his platoon mates time to organize and repel the charge.

His bravery helped save the lives of his platoon mates. He earned a posthumous Bronze Star — with a “V” device, signifying valor — for his actions. It was one of two he earned during his five months in Vietnam.

Today, Veterans Day, the Honor and Remember Nebraska Chapter will present a personalized Gold Star flag to his brother, Ken Goc; his mother, Lois; and his sister, Marilyn Reece, in a ceremony at 10 a.m. at VFW Post 8334 in Millard.

“It’s a wonderful sentiment,” Marilyn said. “It’s such an honor that people want to remember him.”

Steve, as he was known to his family, expected to come home from the war and go to college. Instead he came home in a flag-draped casket. He was buried at Calvary Cemetery.

“He was asleep and safe in his bunker. But he ran up the steps and grabbed his rifle,” said Ken, 68, who was a year younger than his brother. “He wasn’t running away from (danger). He was running toward it.”

Marilyn, who was six years younger than Steve, recalls being a “pest,” wanting to tag along with her two older brothers, who were inseparable.

Ken said he spent hours tossing footballs with his brother in the yard of their Hanscom Park home. They attended Archbishop Ryan High School and Omaha University together. They were fans of Motown music and the Rolling Stones.

Except join the military. Ken was as shocked as anyone when Steve announced he had enlisted.

“I came home from school one day and he said ‘I’m in the Army,’ ” Ken recalled. “He said if he enlisted, he got his pick of what he’d do.”

Steve wound up as a fire direction chart operator with an artillery battalion in the 101st Airborne Division. The night before he left for Vietnam, he confided to Ken that his unit would be far forward, fighting the enemy.

“Don’t tell mom. I don’t want to worry her,” Steve told him.

He left the next morning on an early train. He wanted his father to drive him to the train station alone, avoiding difficult farewells. But Ken and Marilyn got up early to ride along.

“He was pretty emotional,” recalled Marilyn, who was 13 at the time. “He shot out of the car and didn’t even say goodbye.”

The family still has his letters. He rarely discussed the danger he faced. He said little about Fire Support Base Berchtesgaden, on Hill 1030 at the eastern edge of the A Shau Valley, where the unit set up in May 1969. He died in what captured North Vietnamese prisoners described as a reprisal attack for the long and brutal assault a few weeks earlier on Hill 937 — popularly known as Hamburger Hill.

The next day, two uniformed men knocked on the door of the house in Hanscom Park.

Marilyn remembers it vividly. But it’s too painful to recount.

Marilyn said she could not talk about her brother’s death with anyone for five years. And for 40 years, she had a recurring dream about Steve that was set in their childhood home.

“The front door would open, and Steve would come up the walk in his uniform,” she said. “I’d say ‘Where have you been gone all this time?!’ ”

Ken read about the Honor and Remember Nebraska Chapter’s annual Gold Star Families dinner last May in The World-Herald and contacted Jim Meier, a Vietnam veteran who is the chapter’s president. Ken and Marilyn attended along with several other family members.

Flags were presented to five Gold Star families. Ken applied for his family to receive one. The Ryan Class of 1966 agreed to donate the $400 cost in Steve’s honor.

Marilyn doesn’t care much for public attention. She originally expected the flag presentation to be a small event, with just a few family members present. Now it has grown to include extended family, friends and Archbishop Ryan classmates.

For more information about Honor and Remember Nebraska, call Jim Meier at 402-490-9293, or email NEchapter@HonorandRemember.org.

Several events and closings are planned to recognize Veterans Day on Saturday, Nov. 11.