Omahans will see street projects next year that slim down traffic lanes and incorporate bike lanes, fix worn-out sections of 78th Street and 168th Street, and redo a couple of north downtown routes.

More than $300 million in transportation projects are budgeted over the course of the plan.

Here are some city street projects set to start in 2020.

Three major routes fall under the category of “complete streets” — projects that make room for all the ways people get around, namely walking and biking, along with driving. The projects involve implementing a “road diet,” or cutting down unnecessary lanes of car traffic to make safe paths for other users.

As currently designed, the 24th Street and 30th Street bike lanes would be striped lanes, said Kevin Andersen, the mayor’s deputy chief of staff for economic development and development services.

In other cities, the trend is to do more than stripe lanes by physically separating them from car traffic. Andersen said the city still plans to study that idea in an unannounced pilot project.

Throughout southwest Omaha, 168th Street has worn down. The city is scheduled to start a multiyear, multiphase plan to fix it south to Harrison Street.

In a lot of places, 168th Street was built as a rural road — two lanes paved in asphalt without sidewalks or storm sewers.

From West Center Road north to Poppleton Avenue near Pacific Street, a $14.3 million project will change that. It will become a full four-lane street.

The section of 78th Street south of Pacific Street will be rebuilt to Mercy Road at Creighton University Medical Center-Bergan Mercy. The rebuilt street will remain two lanes but get storm sewers and sidewalks.

It will cost nearly $6 million.

The city will rehab this brick street through the Old Market from 11th to 13th Streets.

In August, sewer work under the street is expected to get started. Work on a rehabbed brick street and on sidewalks is scheduled to start in March.

The project will cost $4 million. The city also will ask for construction bids for related work on 12th Street just north of Jones and is trying to get funds for that work.

The city is getting ready for a couple of street projects related to the Millwork District redevelopment north of Cuming Street in north downtown.

The first will reroute heavy truck traffic off 11th Street and Nicholas Street onto a new truck bypass, which will be built to run north and west of the Millwork area. The other project will rebuild Indiana Street from 11th to 13th Streets, aiming to make it a district centerpiece worthy of holding local events.

Combined, the work will cost nearly $6.2 million. For the bypass, Andersen said the city anticipates a developer contribution of $1.5 million in funding, land or a combination of the two.

The intersection will get a $4.3 million project to make it safer. Drivers on Maple Street will get two left-turn lanes at the intersection, and the driveways, sidewalks and traffic signals will be rebuilt.

UPDATED: 10 Omaha road projects sure to detour, slow and annoy you this summer

How is this year's street construction season treating you? We've gotten through a few projects, but more is yet to come.

Yep, that's what we need, fewer traffic lanes. I'm not sure there will be many riders from 30th and Ames to Creighton. Biking is a four or five month activity in Omaha but lets take up the real-estate nonetheless. Same logic as Ameritrade Park.

Bikers bike in streets, which are cleared for snow. Many bikers love to ride all year round. Bikers are looking for equal consideration in our shared infrastructure - not to "take up" anything from others. With Omaha being almost $1b behind in road maintenance budget, I think fewer traffic lanes are a great idea, as fewer lane miles built means fewer lane miles to repair and maintain. It's a smart solution to our rising costs.

Why are we doing work for .0001% of the city? How is that good economic policy? I have never seen anyone riding a bike in January.

Kris - That is not how reducing (or adding) lanes works. The only reason people don't drive all the time is traffic. If the traffic is high they choose differently, live closer to their job, commute at off-peak hours, choose different routes. Wider roads literally induces more traffic. Reducing lanes will not only reduce the maintenance, it will reduce the number of unnecessary trips people make.

Bike lanes, yeah that's a brilliant idea. Where you will see cyclists use the sidewalk, street and maybe the bike lane to move from one point to another however suits them.

More bike lanes, no. Who pays for brick rehab? Looks cool, but should be paid by the business owners. B.I.D.

Glad to see the city considering "complete streets" and including people walking and people biking in the streets budget & plan. I look forward to the study investigating protected lanes for walkers & cyclists. When/where more people feel safe enough to walk and bike, the city will see reduced car traffic, congestion, and, over time, a reduced damage impact to streets and to the environment.

Omaha is being lapped by cities like Minneapolis and Kansas City that are aggressively adding bike and pedestrian infrastructure in addition to investments in public transit. Even Des Moines has a far better bike network than Omaha. This has been shown to be a driver for tech talent, and density that we want to build in our city. I fear this is too little and we need to keep pressing the city to do more to focus on all citizens, not just people in cars, but at least it is something. 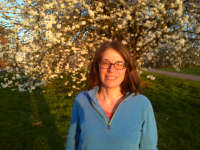 Providing safe transportation infrastructure for people walking and biking is good for our city. It will increase safety for everyone, reduce congestion and costs for maintenance, and make the city more attractive to and safer for young and old.