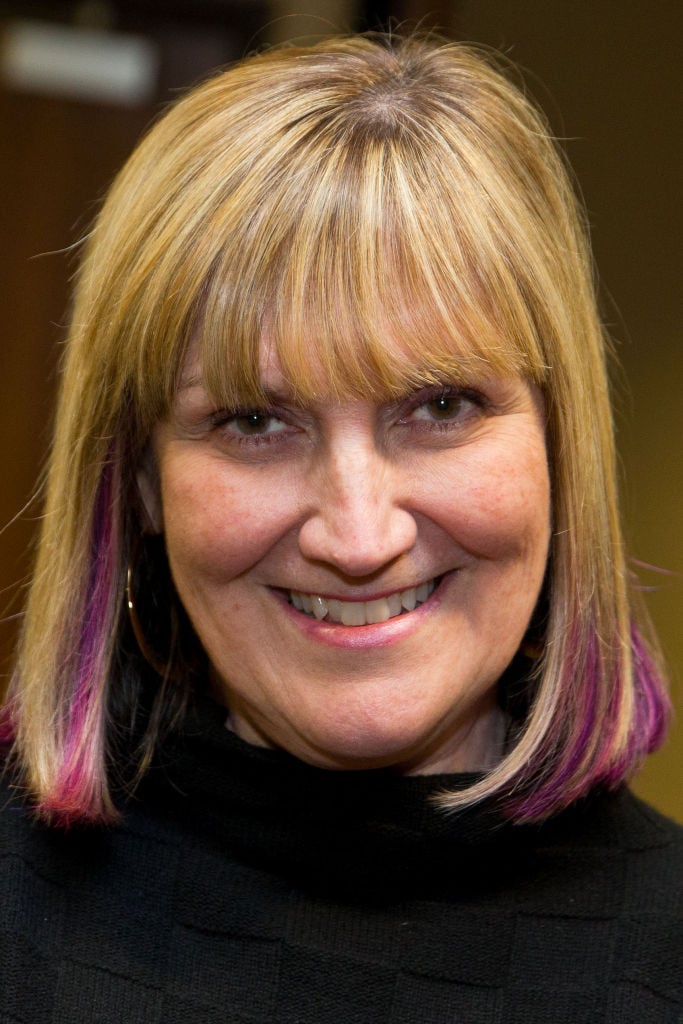 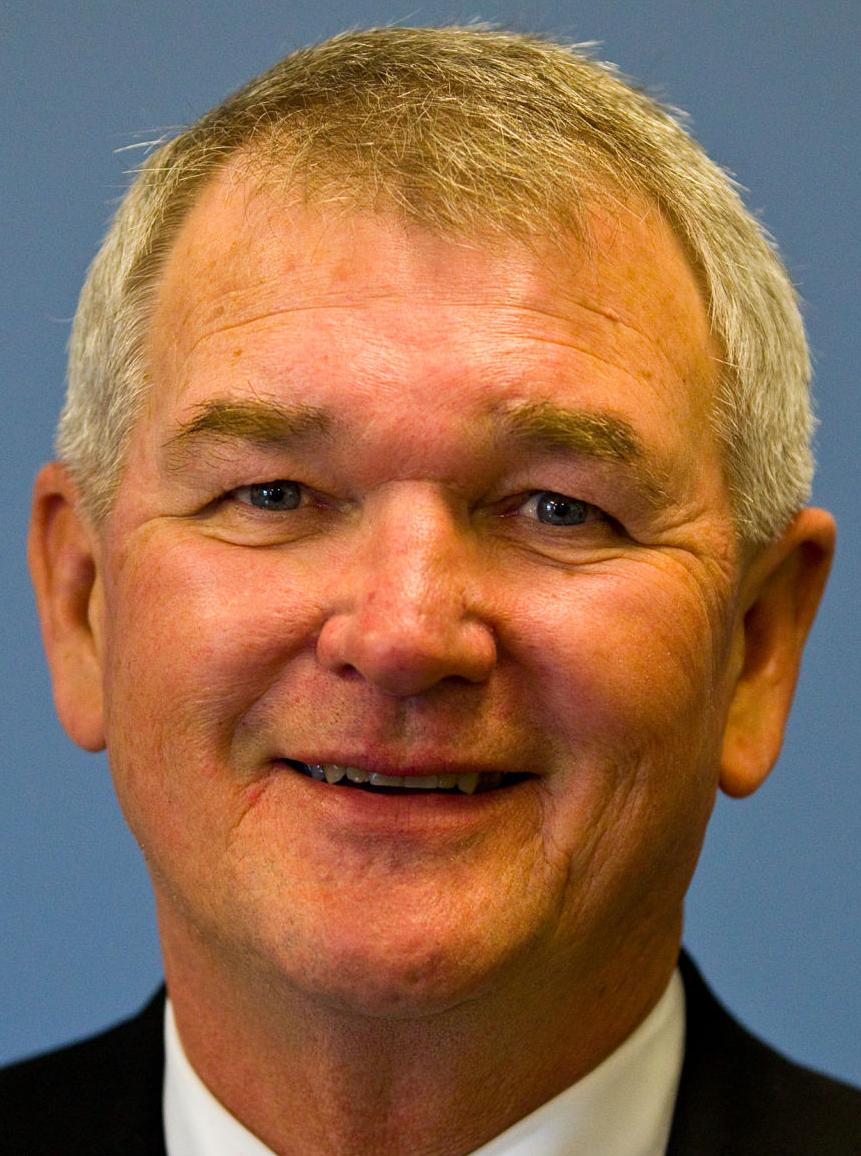 The CEO of Goodwill Omaha defended the charity’s executive compensation Wednesday, calling his leadership team one of the best in the country, but his first statements in response to a World-Herald investigation fell short of satisfying some in the public — including one significant Goodwill donor.

The nonprofit’s board also issued its own statement, indicating that it was taking a serious look at the issues raised by the newspaper and would respond after going through “our due diligence.”

But CEO Frank McGree broadly defended the charity in his statement, even as he confirmed many of the newspaper’s findings.

He called Goodwill’s executive pay fair and deserved, arguing that the Omaha charity is unique and so complex that it can’t be compared to any other nonprofit organization here or elsewhere. He also defended the employment of close relatives within Goodwill’s upper ranks — including his own daughter — saying the charity is lucky that it gets referrals “from friends and family that already bleed Goodwill blue.”

The statements from McGree and the board were blasted by Susie Buffett, whose Sherwood Foundation pledged $140,000 this year for a Goodwill program training youth in construction skills.

“I think his statement is outrageous,” Buffett said in an interview. “I think the board should be embarrassed. I think (McGree) should have been fired Monday or earlier. I don’t know why he’s still there.

“They will never get another penny from the Sherwood Foundation. There is my statement.”

Capping a four-month investigation, The World-Herald reported this week on McGree’s corporate-styled pay package, which in 2014 included a $519,000 retention bonus that pushed his total pay close to $1 million. Even without the bonus, his pay was more than double that of Omaha’s other prominent social service nonprofits and the Goodwill affiliates in our region most comparable in size.

An analysis of the nation’s largest Goodwills also found that none could match Goodwill Omaha in the percentage of budget that it put into CEO pay and the rate at which it paid six-figure salaries to its leaders. Goodwill Omaha last year had 14 executives and managers paid more than $100,000, three times more than would be expected for a Goodwill its size.

The paper also found that despite Goodwill’s slogan that shopping at and donating to its thrift stores help the charity assist the disabled and other needy job-seekers, just a fraction of its store profits fund such job training programs. Instead, those dollars are being largely consumed by its administrative overhead, including much of the pay for the charity’s leaders.

Goodwill for two months refused to allow The World-Herald to interview any of its leaders or board members, who by law set its executive pay. Goodwill also did not respond to a set of questions emailed six days before the newspaper published its stories.

McGree, Goodwill’s 30-year chief executive, responded to some – but not all – of those questions in his statement Wednesday.

He broadly defended the organization and his own performance, saying that during his tenure Goodwill Omaha has become “one of the top-performing nonprofits in the nation.”

McGree defended the $519,000 bonus that he received in 2014 based on a retention agreement that he signed with the board in 1993. He noted that only 59 percent of it was contributed by Goodwill, with the rest being accrued interest. He said the payment had no negative effect on the organization.

McGree ignored The World-Herald’s request that it provide the list of peer organizations that it compares itself to in determining its levels of pay. He said he considered Goodwill Omaha unique, not comparable to any other local nonprofits or other Goodwill affiliates nationally.

Asked why Goodwill Omaha had 14 employees paid $100,000 or more when like-sized Goodwills in Iowa City and Kansas City had two and one, respectively, McGree defended the charity’s pay, saying it was based on the longevity of many staff members. He said such “cursory comparisons are dangerously uninformed and can lead to poor management decisions.”

“We’ve been lucky enough to retain a consistent team of some of the most experienced leadership of any nonprofit in the country, and the combined years of experience at our executive level is astonishing for an organization like ours,” he said.

Goodwill Omaha has an additional $1.15 million in deferred compensation liability still due to its executives. McGree ignored a question asking who that money is owed to, but he defended deferred pay as a way to retain talent.

“Our ability to retain top leaders has been a major part of our success,” he said.

The World-Herald found that while Goodwill runs $10 million in job programs annually, those are nearly completely funded by outside grants and contracts. The newspaper’s analysis found that the charity was making $4 million in profits on its thrift stores but putting only $557,000 of that into job programs. The store profits were essentially consumed by $4 million in overhead costs for management and fundraising.

The numbers that McGree offered Wednesday largely confirmed The World-Herald’s conclusion that Goodwill’s overhead costs leave little room for job programs. McGree said store profits were $3.7 million last year and administrative costs were $3.5 million. It was unclear if McGree’s figures included the charity’s overhead costs of $560,000 for fundraising, which would have pushed its total overhead to more than $4 million.

Asked whether the public should be concerned about family ties among top Goodwill executives, McGree said no.

Not only is McGree’s daughter, Shannon, a retail executive at Goodwill paid over $100,000, the charity has a vice president of retail who has a sister working under her as a retail director and a board member whose daughter-in-law is paid $130,000 as a vice president. Until recently, the chief operating officer had a son who ran Goodwill stores.

“I’m really proud that we foster brand advocates out of our employees that are constantly making referrals of friends and family that already bleed Goodwill blue,” he said. “Of course we have a policy in place to guide decision-making, but in regards to the aforementioned roles, our primary objective was hiring top-notch talent. Those individuals were hired on demonstrated ability, proven experience and passion for our mission, and they prove their value daily.”

McGree also acknowledged that Goodwill is paying some disabled workers less than minimum wage, which is legal under a controversial federal program. He said the policy affects 32 workers but is under review, adding “we’re trying to work through the complexities involved.”

McGree also confirmed that Goodwill had a contract with a Council Bluffs firm under which Goodwill employees repackaged Chinese-made hair curlers into bags that said “Made in America.” However, he denied that executives knew that the hair rollers were made overseas.

Several sources told The World-Herald that Goodwill Omaha executives knew about the China-to-U.S. switch as far back as 2010, when an employee complained about the practice. The practice also was discussed and affirmed in a meeting of executives earlier this year that included McGree and Todd Milbrandt, vice president of corporate engagement, the sources said.

McGree suggested Wednesday that no executives had prior knowledge but indicated that the program has now been discontinued.

“I talked to Todd several times, and we have no indication that anyone at the executive level knew,” he said. “Again, I am disappointed that it took so long for the discrepancy to get in front of us and that our teams didn’t feel empowered to take action themselves.”

McGree also seemed to confirm another story related by former employees: Companywide Christmas parties were canceled in 2013, but executives continued to have company-paid Christmas parties.

He said that because of difficult finances in both 2012 and 2013, “we decided that we could not pay for departmental holiday parties with Goodwill money. In January of 2014, I had the leadership group to my house to say ‘Thank you for bearing with us through everything.’ ”

In summary, McGree said, Goodwill has heard the public’s concerns and will add them to the charity’s “list of opportunities and challenges.”

“We are extremely lucky to have a seasoned, experienced and highly engaged board to complement one of the top executive nonprofit teams in the country,” he said.

The statements by McGree and the board left some far from satisfied.

“Do they have any openings?” asked Mike Boyle, a member of the Douglas County Board, after hearing McGree’s defense of the charity’s pay. “Oh my God, I’m stunned. I can’t believe that guy is really making and drinking his own Kool-Aid.”

Dozens of readers have reached out to The World-Herald by phone, email and online in the wake of the newspaper’s investigation, with many saying they would no longer shop at or donate to Goodwill until the charity makes changes. Several of those people contacted by the paper Wednesday said the statements from McGree and the board didn’t change their feelings.

Chris Pellman of Omaha said she was appalled that all the recent donations she made to Goodwill after a family move have contributed to inflated salaries instead of job programs.

“They’re trying to gloss over these high wages and defend it, but it still seems way outside the bounds of a nonprofit. There has to be major changes, including more money going into programs and getting rid of paying less than minimum wage.”

Carol Miklas of Omaha was particularly struck that McGree seemed to defend the hiring of relatives at Goodwill.

“It’s a joke,” she said. “I will no longer give to them — maybe when it’s all settled and they get rid of them. I think the man’s ready to retire after 30 years of being there.”

The Goodwill Board of Trustees issued the following statement to the Omaha World-Herald: