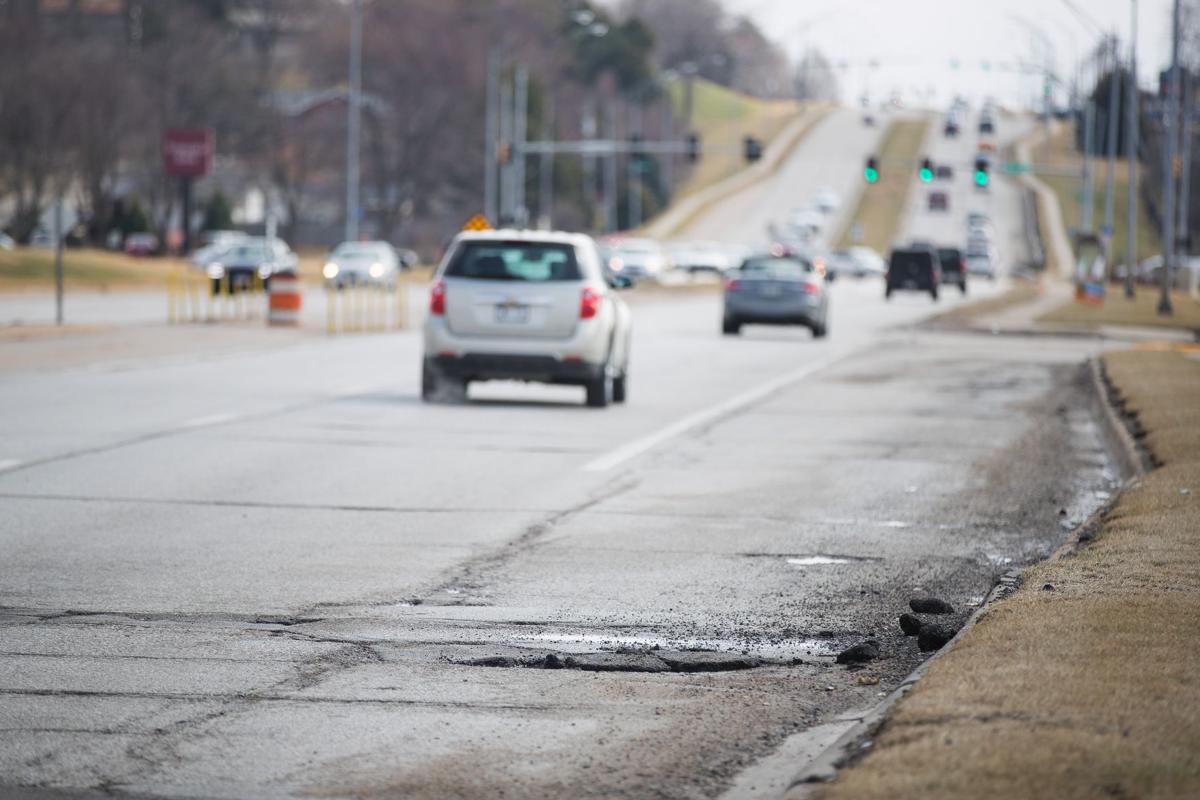 Studies show that the city would need nearly $1 billion to rebuild all of the city’s streets to current standards and catch up with resurfacing. 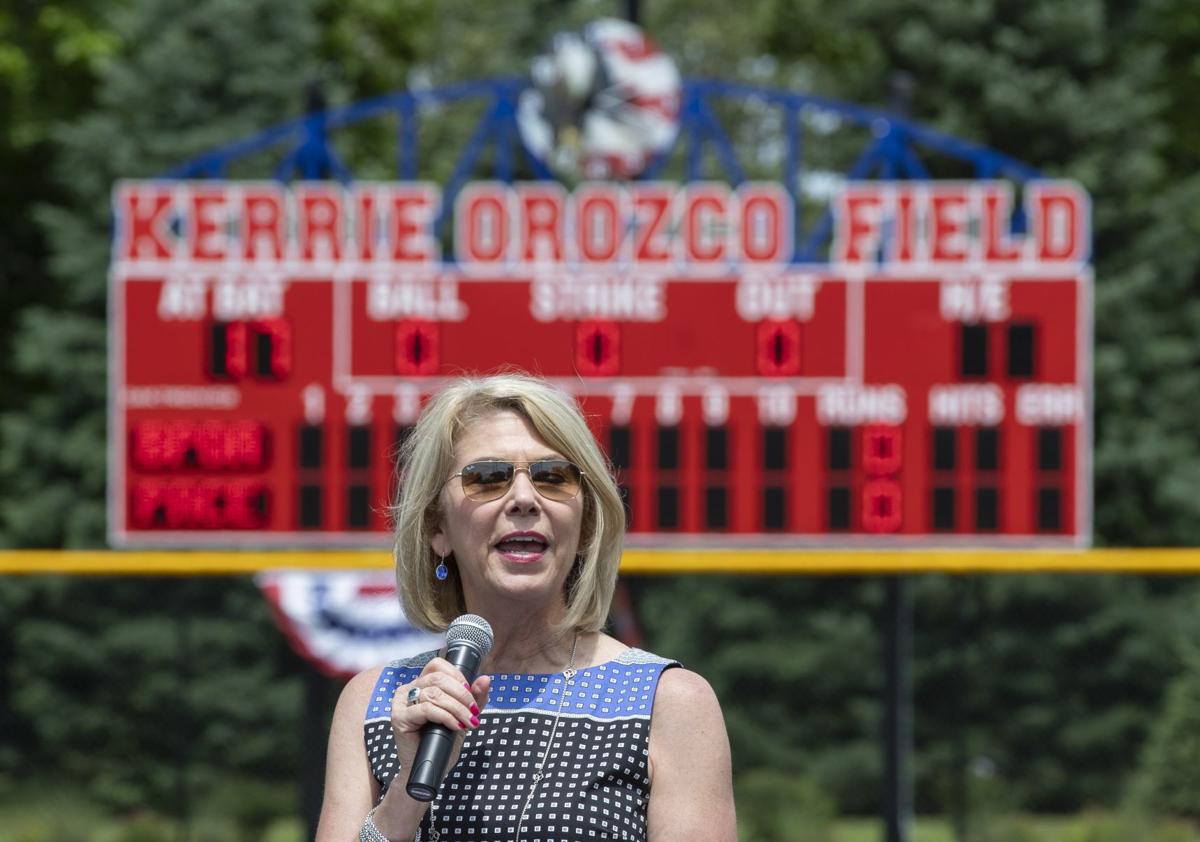 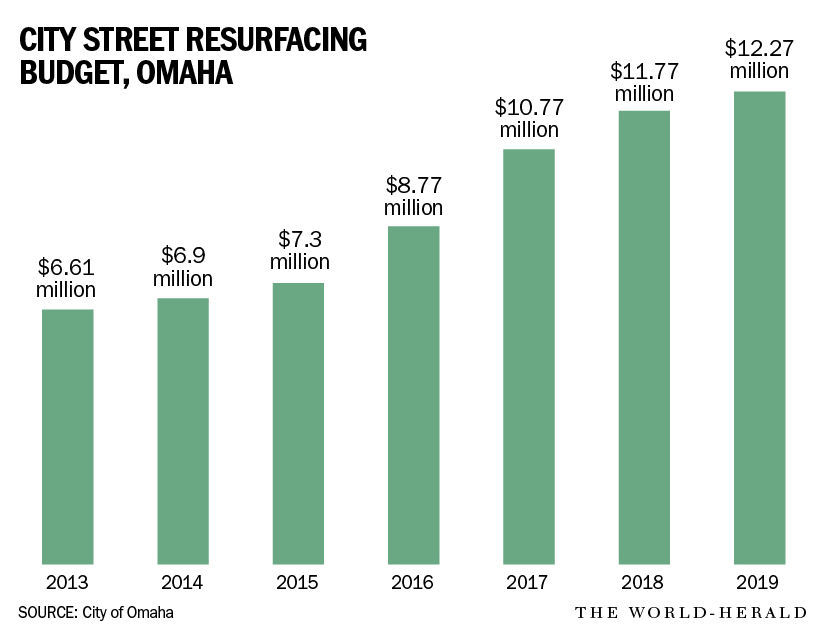 Studies show that the city would need nearly $1 billion to rebuild all of the city’s streets to current standards and catch up with resurfacing.

Omaha is ready to discuss long-term fixes for city streets after patching up damage from one of the city’s worst pothole seasons.

Mayor Jean Stothert on Tuesday announced four town hall meetings set for later this month. At each, the city will share the scope of road fixes needed and seek public input on what residents want to do and how to pay for it.

The city aims to develop a long-term plan for funding and carrying out road maintenance and rehabilitation, Mayor Jean Stothert said. Such a plan could help the city build longer-lasting roads that cost less to maintain.

“With our current revenues that we have coming into the city, we are not going to catch up the way our citizens expect us to,” Stothert told The World-Herald Tuesday. “There’s a big gap.”

Experts have advised Public Works officials that the city should be spending about $75 million a year on street pavement, Stothert said. This year it budgeted $41 million, a figure that has increased under Stothert.

The city has been reviewing several options on the revenue side, she said, from more bonds for roads to considering a dedicated sales tax increase, which would require a change in state law.

Whatever the city chooses, Stothert said she wants the funding for any plan that emerges from these meetings to go before a vote of the people. She called public buy-in imperative.

The mayor’s mention of funding options shows she understands that more money will be needed than the city can access today, said Paul Landow, a political science professor at the University of Nebraska at Omaha.

Decades of “minor neglect” of road maintenance and street resurfacing has added up to “a major problem” now, Landow said. City officials appear to recognize that they have to act before the problem gets worse, he said.

“I think recognizing there’s a problem that can no longer be put aside is a good first step,” Landow said. “Now you have to figure out what to do, when to do it and how to pay for it.”

Council member Brinker Harding, who represents west Omaha, said a plan for street improvement and maintenance should help the city with budgeting and give the public more confidence about what’s getting done and why.

The result of the mayor’s public meetings could be a 10-year plan or longer, costing into the tens of millions and possibly more, Jerram said.

Lincoln voters, for example, passed a quarter-cent sales tax increase in April for street repair and construction. Lincoln officials expect the tax hike to generate about $13 million a year.

Studies show that Omaha would need nearly $1 billion to rebuild all of the city’s streets to current standards and catch up with resurfacing.

Recent city budgets have increased annual spending on street resurfacing from $2.8 million in 2010 to $12.2 million in 2019. The mayor says her 2020 budget proposal, which is expected later this month, will include another increase in the resurfacing budget.

The city also plans to spend $66 million on bond-funded roads projects in 2019, based on its Capital Improvement Plan, the mayor said. The city plans to spend $320 million in bond funds on roads from 2019 through 2024.

Public Works has spent much of the spring and summer patching asphalt and repairing concrete damage from thousands of potholes that cracked open after one of Omaha’s snowiest winters on record. It’s still catching up.

This winter into spring, Omaha spent too much patching potholes, about $13 million, Stothert said. It’s time to find a way out of triage — patch, pave and repeat, she said. That’s where the public comes in.

Here are the specifics:

BAM! Along 168th Street, drivers take pothole warnings into their own hands

City officials say they got to the temporary repairs this week as soon as they could, and city plans call for a permanent fix to happen in 2020.

The Mayor needs to get out of her office and look at the substandard repairs on West Maple Road from 108th to Elkhorn. The panels that where replaced are uneven, not smooth and bumpy! Poor workmanship. What City official inspected this work?

@Charles Roger: I originally had the same reaction. What I found out is that the holes are being filled with concrete now. Then the surface will be milled and a layer of asphalt will cover the entire surface of the road.