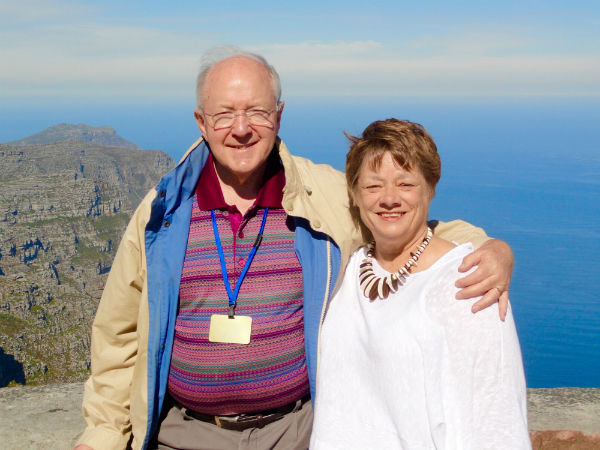 Larry Hammer and Christy Hammer of Gretna died April 10 when a fire broke out in their cabin on a riverboat in Peru. 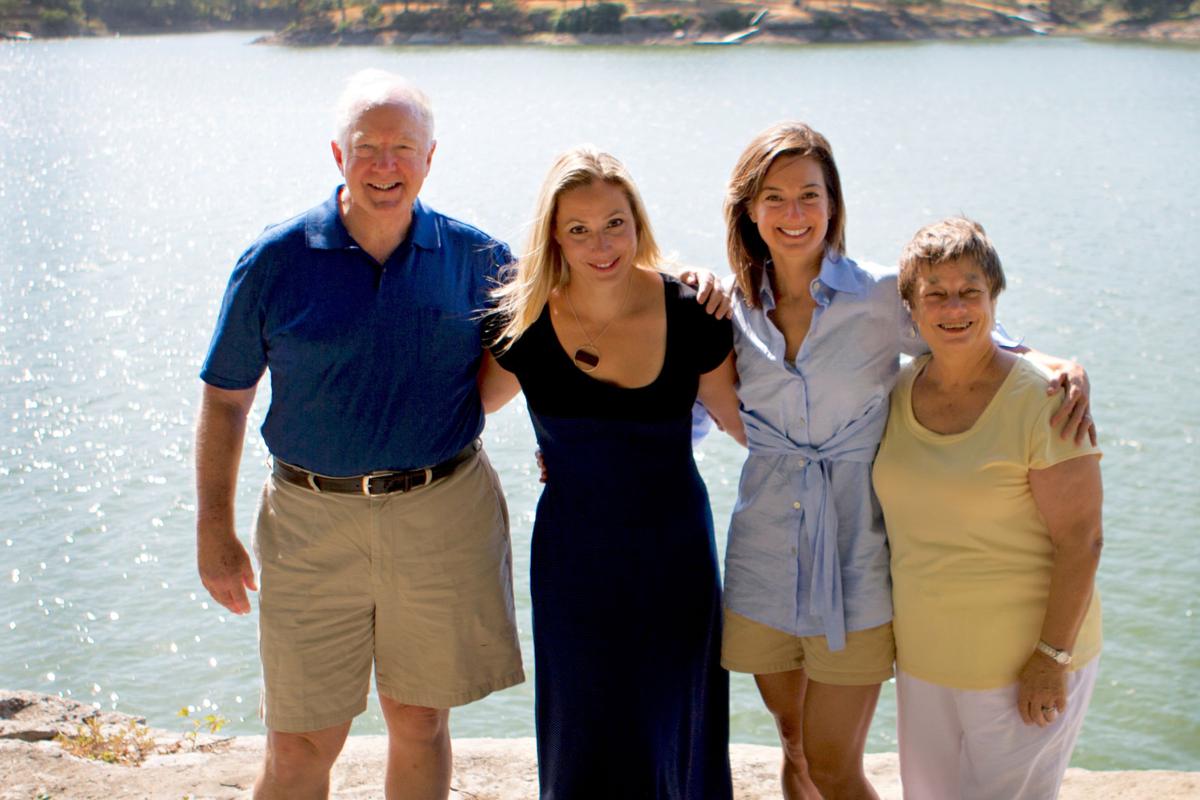 Larry Hammer and Christy Hammer of Gretna, who died on an Amazon cruise April 10, with daughters Jill Hammer Malott and Kelly Hammer Lankford. 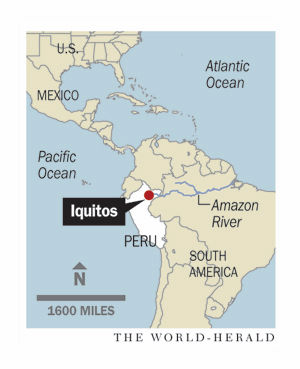 Larry Hammer and Christy Hammer of Gretna died April 10 when a fire broke out in their cabin on a riverboat in Peru.

Larry Hammer and Christy Hammer of Gretna, who died on an Amazon cruise April 10, with daughters Jill Hammer Malott and Kelly Hammer Lankford.

LINCOLN — A Peruvian Navy report on the deaths of a Gretna couple during a cruise on the Amazon has confirmed the worst fears of their family, their two daughters say.

The investigation concluded that the tragedy might have been averted had the 31-passenger luxury cruise ship been equipped with its advertised safety features, had its crew been adequately trained and had crew members responded promptly.

Larry and Christy Hammer died in an April 10, 2016, blaze that was confined to their cabin.

“Prompt action was not taken to aid and rescue the passengers,” according to an English translation of the report. “An opportune reaction and participation by the whole of the crew ... would have enabled at least Mrs. Christy Hammer to be saved.”

The Hammers’ daughters, Kelly Hammer Lankford of Overland Park, Kansas, and Jill Hammer Malott of Menlo Park, California, said they see the report as confirming that even simple steps, such as working smoke alarms or a crew that reacted immediately, might have saved their parents.

“It’s disturbing that something like this could ever happen,” Malott said.

Lankford and Malott — who grew up in Lincoln — have been seeking answers from officials in Peru and from the American eco-cruise company that operated the cruise, International Expeditions of Helena, Alabama, since their parents died nearly a year ago.

A spokeswoman for International Expeditions said in an email that IE “continues to be deeply saddened” by the deaths of the Hammers but that it could not comment on the report because the findings are being appealed by the ship’s owner.

A criminal investigation by a local prosecutor in Peru is still in progress.

“IE shares the family’s desire for information as the Peruvian authorities continue their investigation. Throughout this process, the safety of IE guests and this accident remain a high priority for IE,” spokeswoman Emily Harley said.

The report, prepared by the harbor master of the port of Iquitos on the Amazon River, states that the fire started because of a short circuit in a power strip provided by the ship.

That power strip was connected to a CPAP machine used by Larry Hammer, a retired employee of the University of Nebraska-Lincoln.

Fire alarms on the Estrella Amazonica did not sound as the fire spread, and smoke engulfed the couple’s cabin. The crew member on night watch, the report said, was not certified in basic safety or in responding to emergencies and neither were several other members of the 18-member crew.

Larry Hammer, 74, was dead by the time the crew entered the cabin. His 72-year-old wife, a former teacher in Lincoln and an analyst with Gallup, was still alive. She died later of carbon monoxide poisoning, five minutes from reaching a hospital, according to the harbor master.

The report also noted that fire-resistant materials were not used, as required, in the cabins and that the captain slept through the emergency.

To the Hammers’ daughters, the findings were particularly astonishing, given that the 4-year-old boat was billed as “the best on the Amazon” by the cruise company.

In addition, the daughters have discovered that because their parents were elderly, the damages they might recover could be limited.

Under a 97-year-old U.S. law governing deaths on the “high seas,” court awards are based on a victim’s earnings and if they have dependents. That might restrict damages to only funeral expenses from the cruise line and ship operator.

An attorney for the daughters, however, said he is looking at alternatives to the Death on the High Seas Act and is confident that he can find other ways to recover damages for his clients.

The daughters are continuing their crusade, urging changes in the Death on the High Seas Act and improvements in safety measures on cruise ships.

The Peruvian Navy report was issued on Oct. 26, but the daughters were not able to obtain an English translation until February. The report confirmed many of the safety concerns uncovered by private investigators hired by the daughters.

The harbor master ordered the revocation of the captain’s license and a $19,000 fine for the owner of the ship, a Peruvian subcontractor called Expediciones Amazonicas, for what the report called “a very serious accident.”

The Estrella Amazonica is still sailing the Amazon. Harley, the spokeswoman for the American cruise company, did not respond to questions about what safety changes, if any, have been made on the ship or past assurances that the company had made about the vessel’s safety.

The ship’s owner also did not respond to emails seeking comment.

The two daughters said International Expeditions made specific claims in its advertising that the ship “exceeded Peruvian safety standards” and was designed to meet international “Safety of Life at Seas” guidelines — claims they say were disproved by the Peruvian investigation.

A recent look at the website for International Expeditions found no reference to the safety features on its ships.

The daughters said the death of their parents illustrates why the Death on the High Seas Act should be changed.

Brett Rivkind, a Miami attorney hired by the family, said he has “example after example” of the “harshness” of the act in limiting awards for the deaths of elderly or young passengers on cruise ships.

Ross Diamond III, a Mobile, Alabama, lawyer who also specializes in maritime law, agreed. “The limits on damages are pretty cruel,” he said.

The two lawyers said the act bars the recovery of damages that are typically allowed in a wrongful death case, such as a family’s pain and suffering.

Rivkind, who has testified before Congress to urge reforms, said that because cruise ship companies face so little liability, they have little incentive to adopt the highest safety standards.

“If someone dies on their cruise ship, no matter how reckless their behavior, they know their exposure from a civil lawsuit is very low,” he said.

Both Rivkind and Diamond said efforts to amend the Death on the High Seas Act in Congress have been blocked by lobbyists from the cruise ship industry.

Meanwhile, Malott and Lankford said they want the cruise ship company to accept responsibility for the deaths and to take steps to prevent future accidents.

A simple thing like installing smoke alarms in every cabin could have made a big difference, they said.

“Ten dollars a cabin could have saved our parents’ lives,” Malott said.

After parents died on the Amazon, two sisters are frustrated in their search for answers

When Jill Hammer Malott wished her parents, Larry and Christy Hammer of Gretna, good luck this spring before they took a long-awaited, 10-day cruise down the Amazon, she figured she’d be talking to them soon enough.