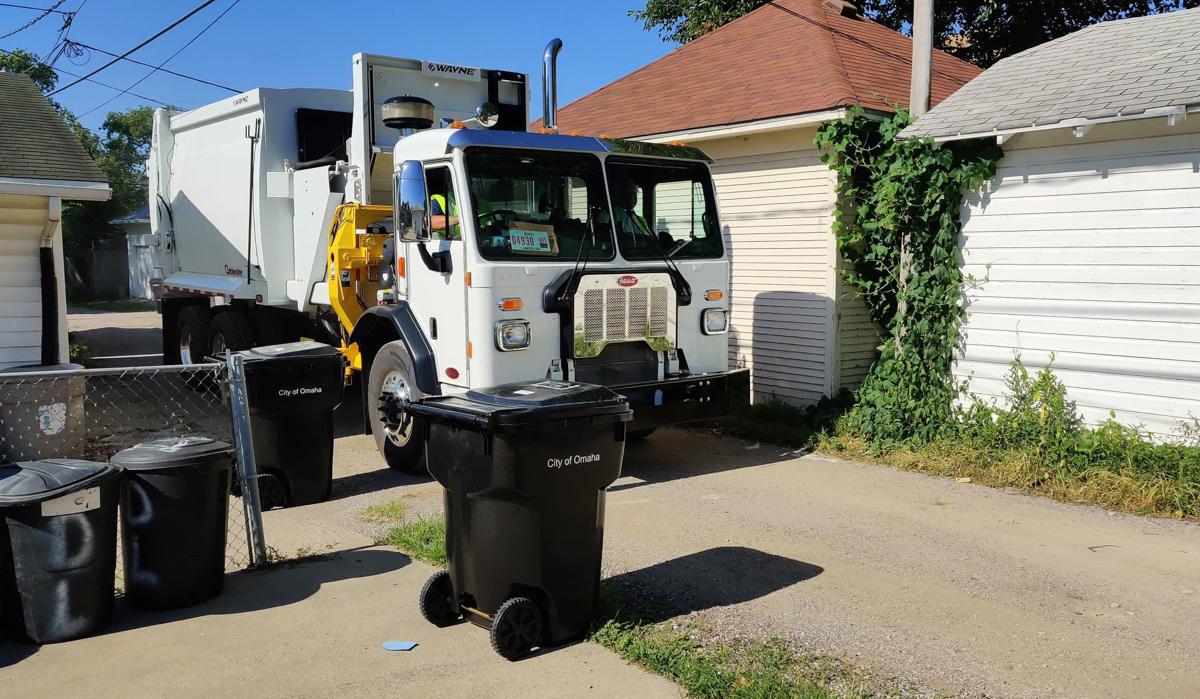 The decision on Omaha's next trash contract is now in the City Council's court. Mayor Jean Stothert forwarded four bids for them to consider, two each from the bidder she and Public Works prefer, FCC Environmental, and two from Minnesota-based West Central Sanitation, which has had support from members of the City Council. 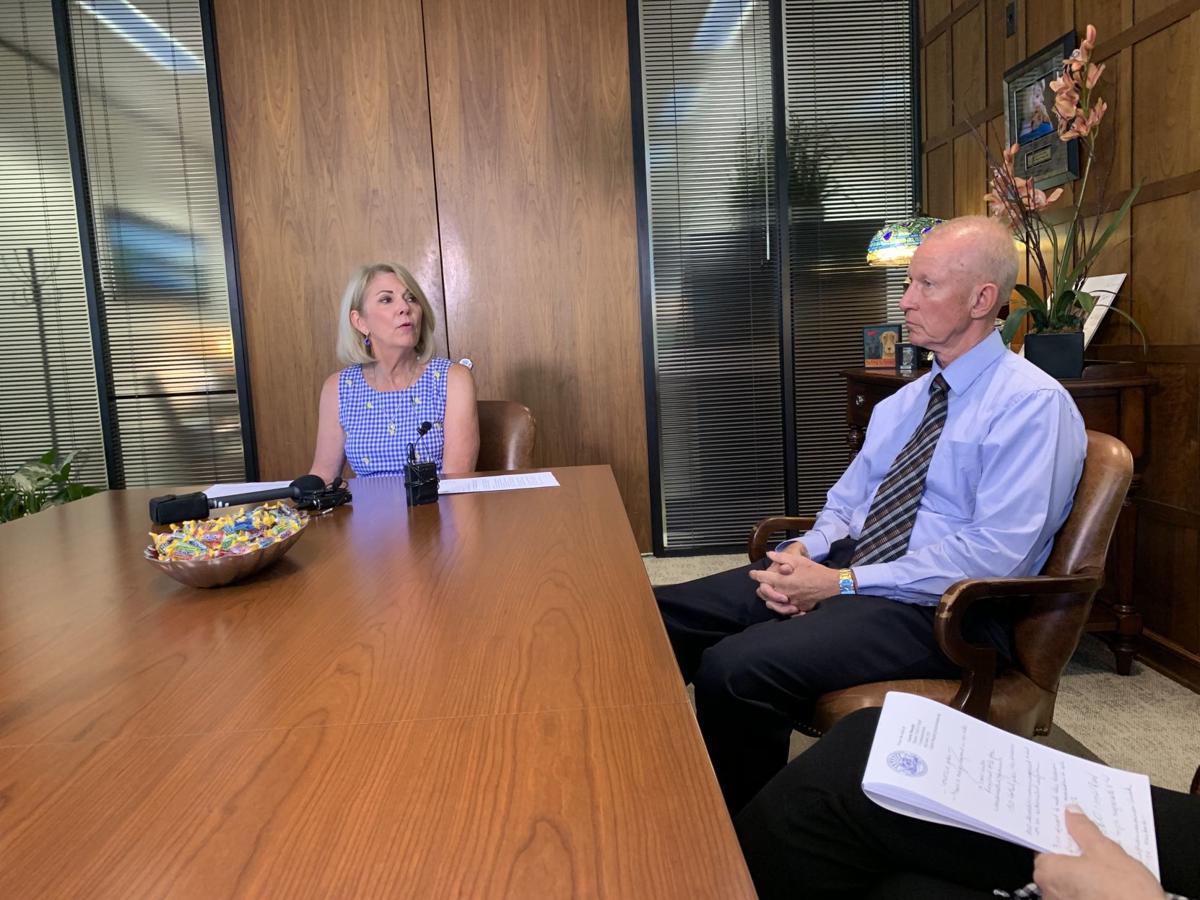 Omaha Mayor Jean Stothert and Public Works Director Bob Stubbe meet with reporters about their letters Wednesday to the City Council regarding the city's next trash contract. They recommended that the council hire FCC Environmental as the city's next waste hauler.

The decision on Omaha's next trash contract is now in the City Council's court. Mayor Jean Stothert forwarded four bids for them to consider, two each from the bidder she and Public Works prefer, FCC Environmental, and two from Minnesota-based West Central Sanitation, which has had support from members of the City Council.

Omaha Mayor Jean Stothert and Public Works Director Bob Stubbe meet with reporters about their letters Wednesday to the City Council regarding the city's next trash contract. They recommended that the council hire FCC Environmental as the city's next waste hauler.

Because several council members have said they want to hire the low bidder, Minnesota-based West Central Sanitation, the mayor also gave the council that option, but without her backing.

The mayor and Department of Public Works officials have said they prefer FCC because it’s a larger company with more experience picking up trash in large cities.

Stothert, in a letter Wednesday, forwarded bids from both companies to the council. She said she would sign only a bid from FCC. 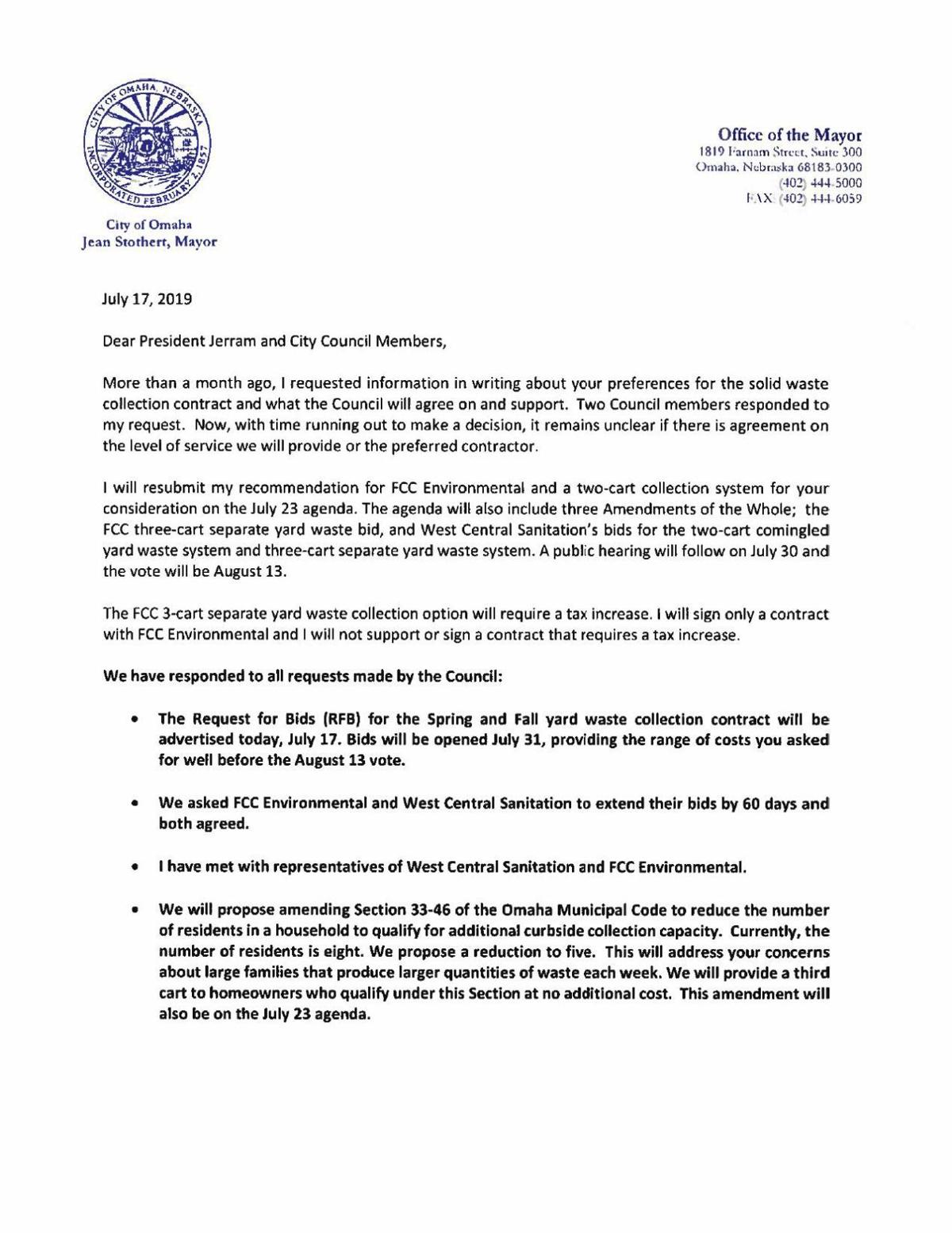 Stothert said that if the council chooses West Central, council members would own the results. Council President Chris Jerram would have to sign the bid instead of the mayor.

“Nothing surprising,” Palermo said. “Should make (for) some good conversation in the coming weeks.”

Stothert has voiced concerns about how fast West Central would need to grow to serve Omaha, whether it would hire enough help and the company’s access to needed financing. West Central has responded by providing documents about its finances and by explaining how its reliance on automation lowers costs. 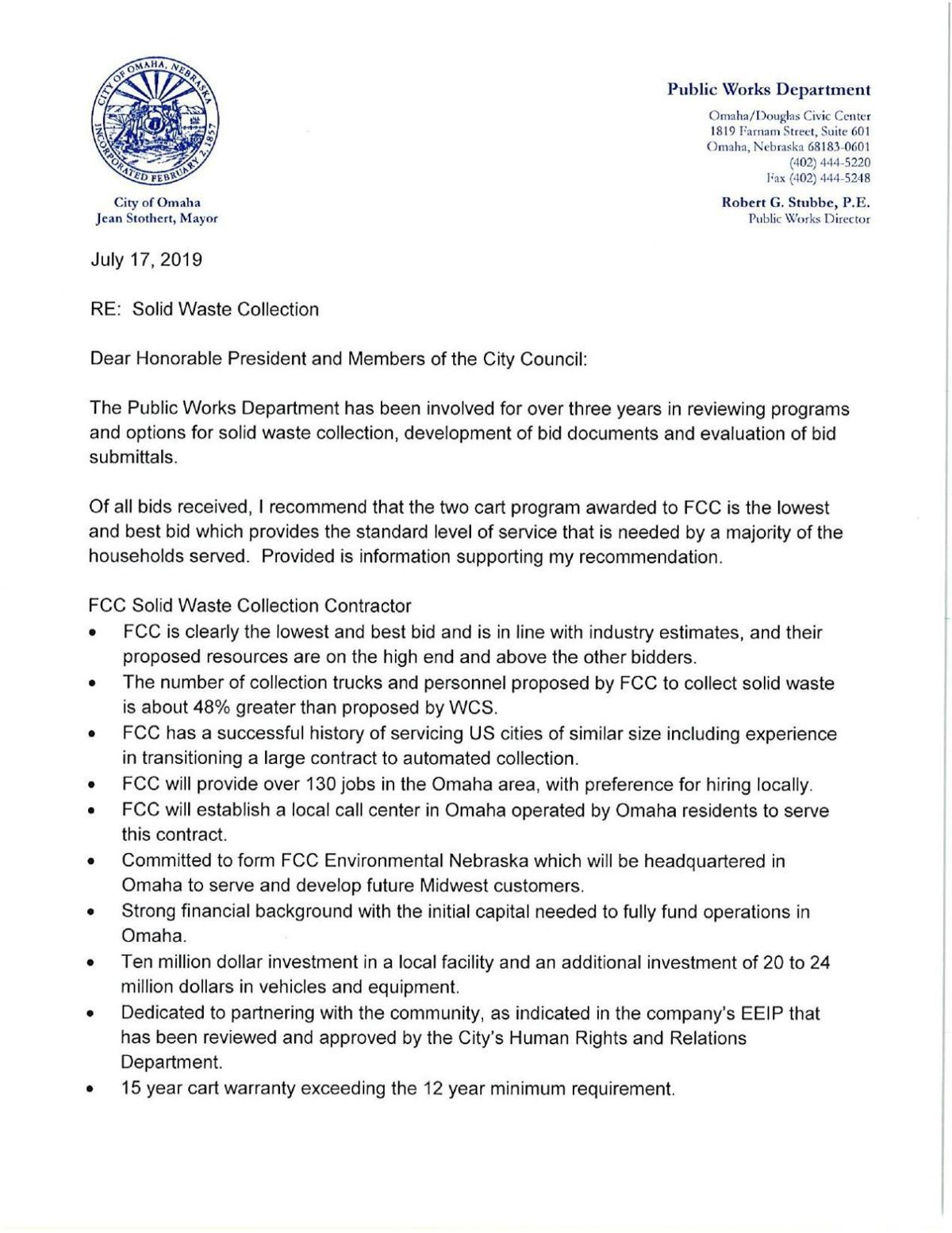 Public Works Director Bob Stubbe, in a separate Wednesday letter to the council, said FCC’s bid is more realistic about what industry experts say is needed to collect garbage in Omaha. The FCC bid calls for about 48% more trucks and people than West Central’s, he said.

West Central has argued that it would automate trash collection in more parts of Omaha than FCC. It offered council members a demonstration last week.

“We did three years of work to make this decision,” Stothert said. “One day of demonstration in a few alleyways is not going to change our mind.”

Stothert told The World-Herald that she wouldn’t veto a bid from West Central because the next waste hauler needs 14 to 16 months to prepare to take over from current hauler Waste Management. In June, the council rejected the first bid the mayor recommended, a two-cart, $22.7 million-a-year bid from FCC that combined trash and yard waste pickup.

This time around, the mayor forwarded four bids — two from each company. Council members, and not the mayor, will decide the number of carts that residents get — two or three — and whether yard waste is taken to the dump or composted.

All four bids are expected to cost more than the $15 million a year the city currently pays Waste Management.

The mayor and the Public Works Department reiterated Wednesday that they think that two carts, with recycling in one cart and trash and yard waste combined in another cart, should meet the needs of most residents. Families of five or more would be able to request a third cart.

Many residents who testified on the contract at a previous public hearing said they prefer separate yard waste collection and composting.

Public Works and the mayor, addressing those concerns, sent out a request for bids Wednesday for supplemental yard waste pickup for eight to 12 weeks during the fall and spring. The city is seeking bids for 10 bags of yard waste pickup a week, 20 bags a week and unlimited yard waste during that time period. That yard waste would be composted at the city’s OmaGro facility.

Councilman Brinker Harding, who represents west Omaha, said he won’t be able to decide on a trash contractor or separate yard waste collection until he knows the costs of the supplemental plan. He said he also needs more details on how the costs of the extra cart for large families would be covered.

Stothert said in a follow-up interview that the city would cover the $91 annual cost of the third cart for big families.

Councilwoman Aimee Melton, who represents northwest Omaha, said that she appreciated the mayor giving the council options and that it’s up to members to quickly reach a compromise on one of the contracts.

Waste Management’s 10-year trash contract with Omaha runs through the end of 2020. The company has publicly criticized as unsustainable the current contract’s provision for separate unlimited yard waste collection. The trash hauler has said it’s difficult to plan for picking up yard waste when the amount varies so widely.

No companies were willing to bid on a trash contract with unlimited yard waste pickup.

Robotic arms or people grabbing garbage: Omaha's trash debate could come down to this

The low bidder on Omaha’s next trash contract says that its automated and semi-automated trucks could pick up garbage with only a driver, even in the city’s tightest alleys and streets.

This "I'll take my ball and go home" attitude is really disheartening. If the duly elected representatives on the council make a decision they feel is in the best interest of the city, the mayor has a duty to support it. I know we have a "strong mayor" system in Omaha, but the council has the power and responsibility to govern as they see fit as well. Once again the mayor shows her true colors, "my way or the highway".

Eliminate separate yard waste pick up and save about $7 million.