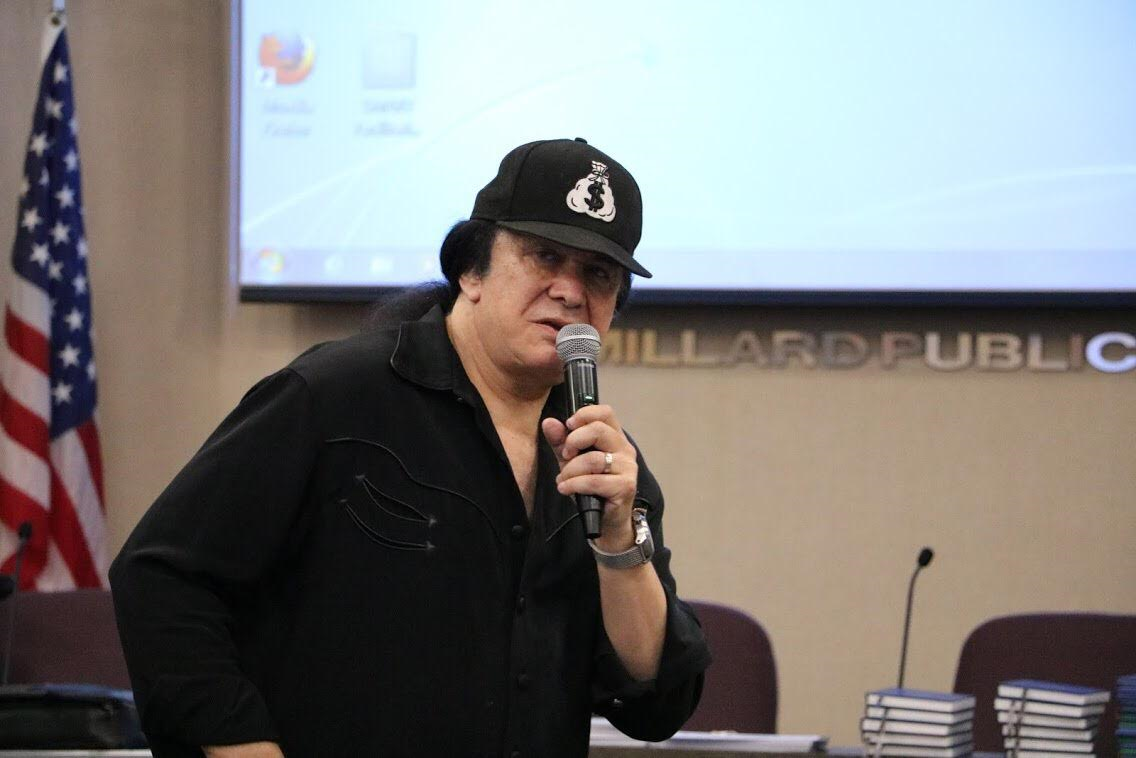 Gene Simmons, frontman for the rock group KISS, made a surprise appearance Tuesday at a meeting of Millard Public Schools administrators. 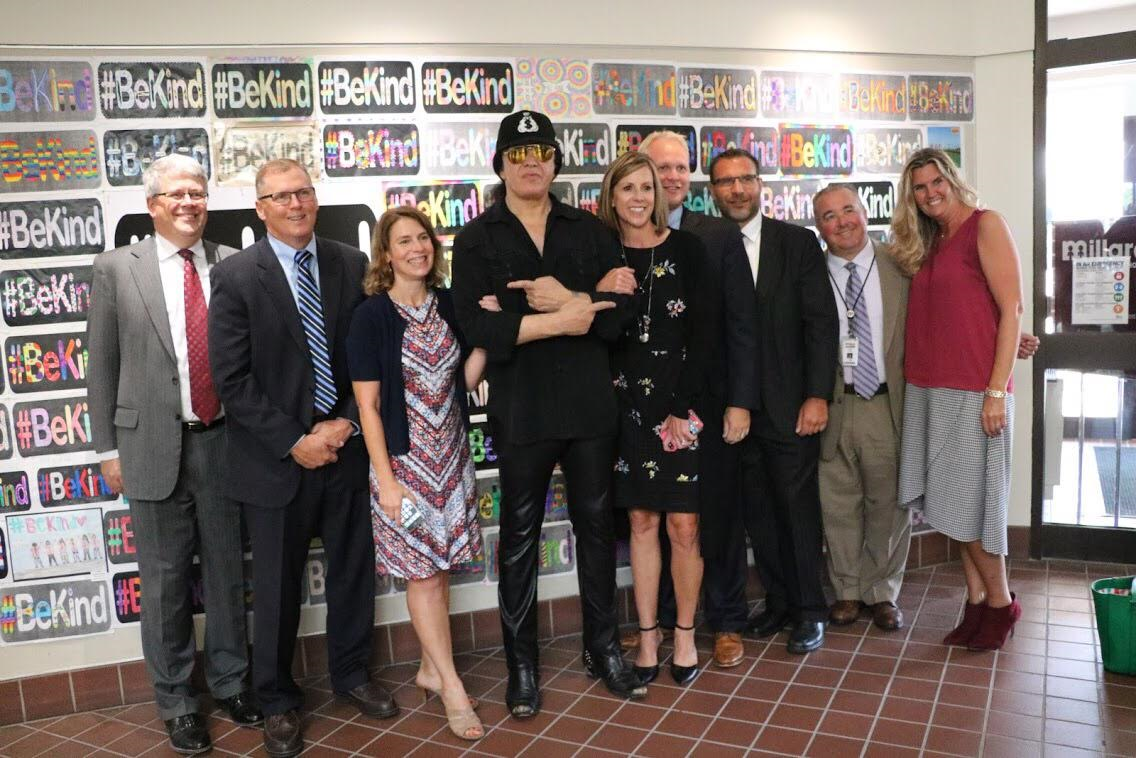 Gene Simmons, frontman for the rock group KISS, made a surprise appearance at a meeting Tuesday of Millard Public Schools administrators.

Gene Simmons, frontman for the rock group KISS, made a surprise appearance Tuesday at a meeting of Millard Public Schools administrators.

Gene Simmons, frontman for the rock group KISS, made a surprise appearance at a meeting Tuesday of Millard Public Schools administrators.

A group of Millard school principals got a surprise visit Tuesday from a guy who likes to rock and roll all night. And party every day.

Gene Simmons, bassist for the rock band Kiss, showed up at a back-to-school kick-off meeting for Millard Public Schools administrators.

Simmons was in Omaha to perform a private benefit concert for two local nonprofit groups, Global Partners in Hope and Avenue Scholars.

Avenue Scholars CEO and President Ken Bird, who is friends with Millard superintendent Jim Sutfin, asked Simmons if he’d pay the principals a visit to get their school year started with a bang.

Rebecca Kleeman, a spokeswoman for the Millard district, said the rock star told the group about his life before his music career, including a stint as a teacher.

Simmons talked about the importance of building trust with students and helping their imaginations grow.

She said Simmons was charming and generous with his time, posing for numerous pictures before he left.

Only Bird, Sutfin and a couple of others at the gathering knew Simmons was going to show up, so most of the 80 or so others at the meeting were amazed when Simmons walked into the room at the Millard district headquarters.

They instantly recognized Simmons — even without his makeup.

The administrators clapped and cheered when he stepped in, wearing dark boots, black pants and shirt, and a ball cap with an emblem on the front that looked like a bag of money.

Know for spitting blood and fire in concert, Simmons was definitely more toned down in Millard.

Millard Public Schools Superintendent Jim Sutfin will get a bigger paycheck and more days off next year after earning good grades for his performance last year.