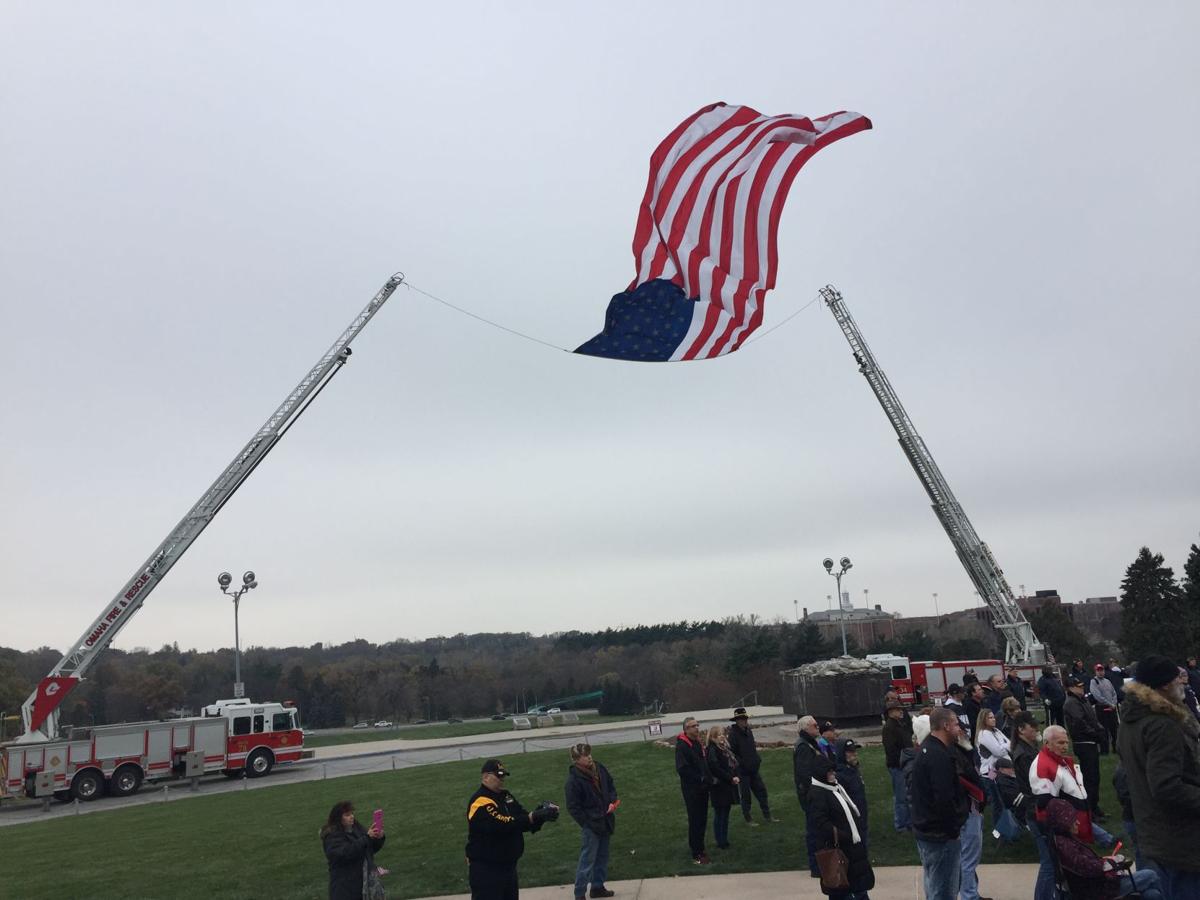 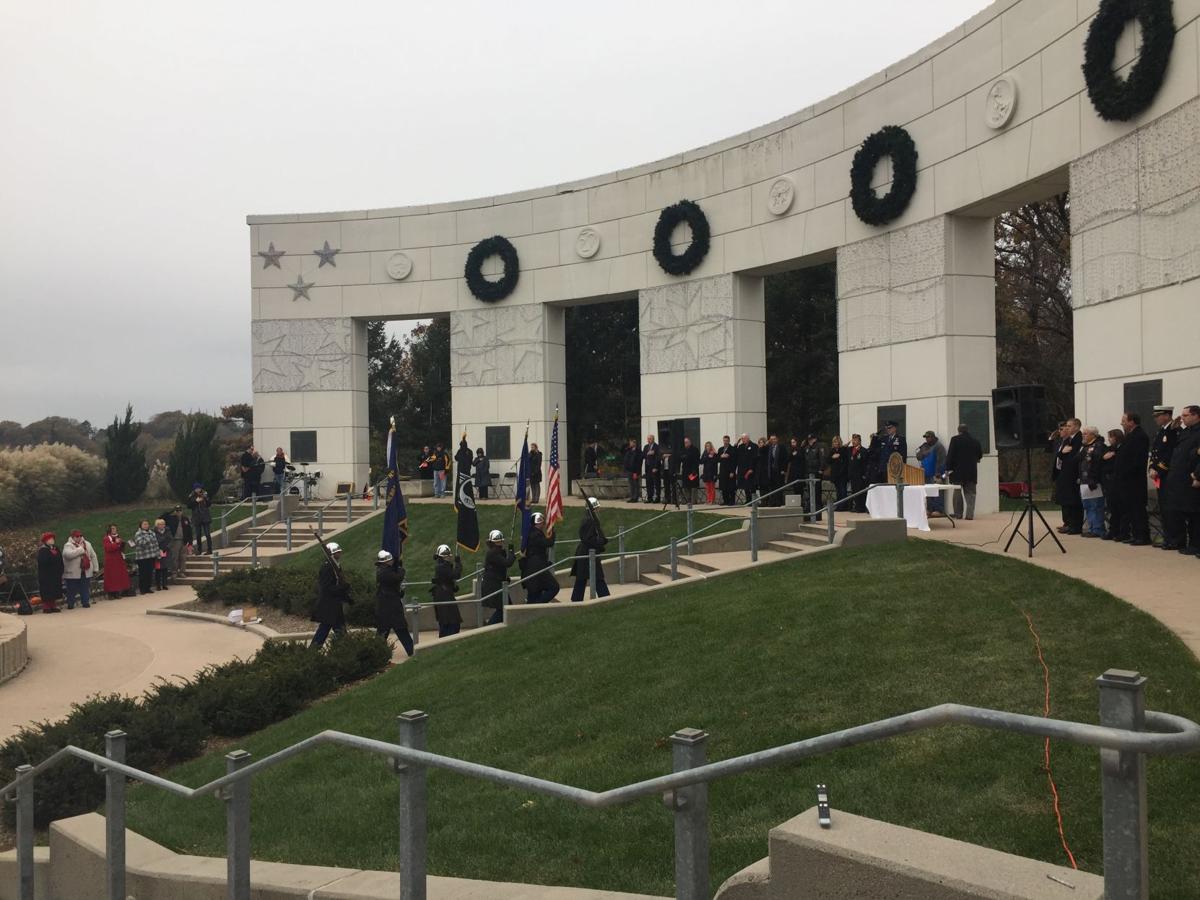 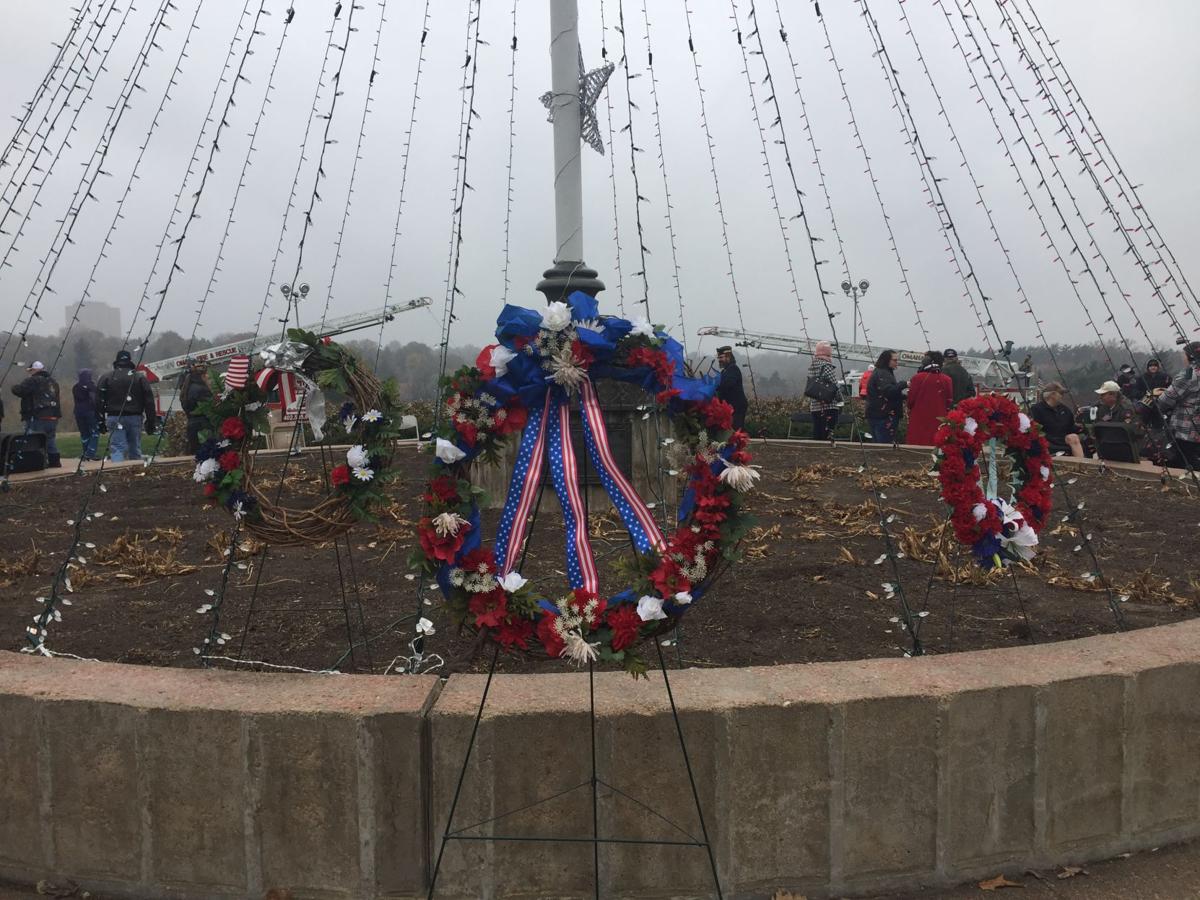 Wreaths were on display Saturday at Omaha's Memorial Park for a Veterans Day ceremony.

Wreaths were on display Saturday at Omaha's Memorial Park for a Veterans Day ceremony.

The crowd went silent Saturday morning as two trumpets echoed the notes of taps. Overhead, strung between the ladders of two firetrucks, a large American flag waved slowly in the drizzle and fog.

Clarence “Doc” Holiday said he wished more people had come for the ceremony, but said he hoped people were finding other ways to honor veterans on Saturday.

Holiday, an Army veteran, served in Vietnam in 1962. For him, Veterans Day is a reminder that he’s one of the “fortunate few.”

“A lot of my friends died there,” he said. “I’m just glad to be here to represent them.”

Holiday was part of the American Legion Post No. 1 honor guard, along with John Freimuth, who served in Vietnam from 1969 to 1970.

Many of Freimuth’s 14 grandchildren came to Saturday’s ceremony.

“I’m so proud to have them here,” he said. “It’s important that our young people hear the history of war and know about the sacrifices made.”

Before the ceremony began, veterans stood together and shared their stories. They talked of receiving their draft notices or of enlisting. Some shared stories of returning home. Others talked of the various ways they have celebrated Veterans Day over the years.

Standing in the grass as the drizzle intensified, Freimuth said he thought Saturday’s observance was “beautiful.”

As a former chairman of the event, Freimuth said, he’s glad to see the tradition continue.

On the 11th hour of the 11th day of the 11th month — 99 years since World War I ended — Freimuth said Americans should take the day to remember all veterans.

Chuck Hagel honors Vietnam vets at D.C. memorial: 'You are the quiet heroes of your generation'

Hagel has spoken at such ceremonies at the memorial numerous times over the years. Asked in an interview what has changed, he said the crowds have grown and include more and more young people.