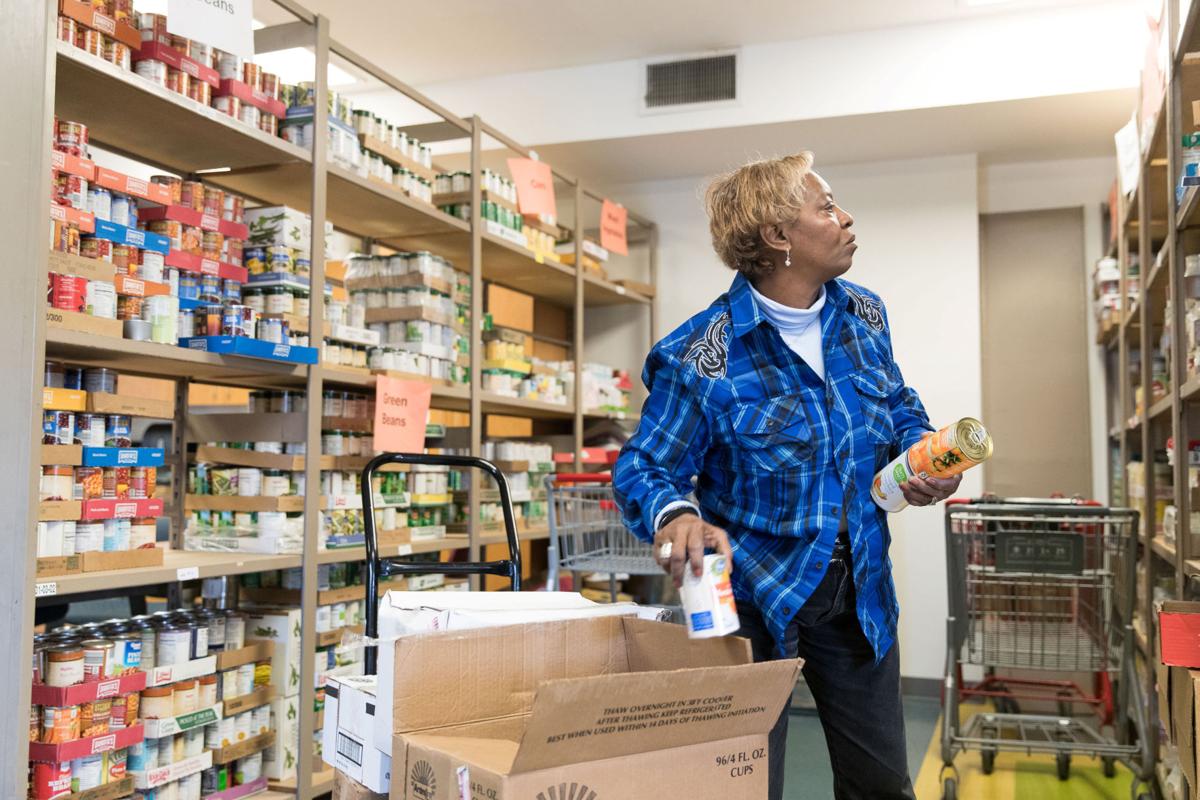 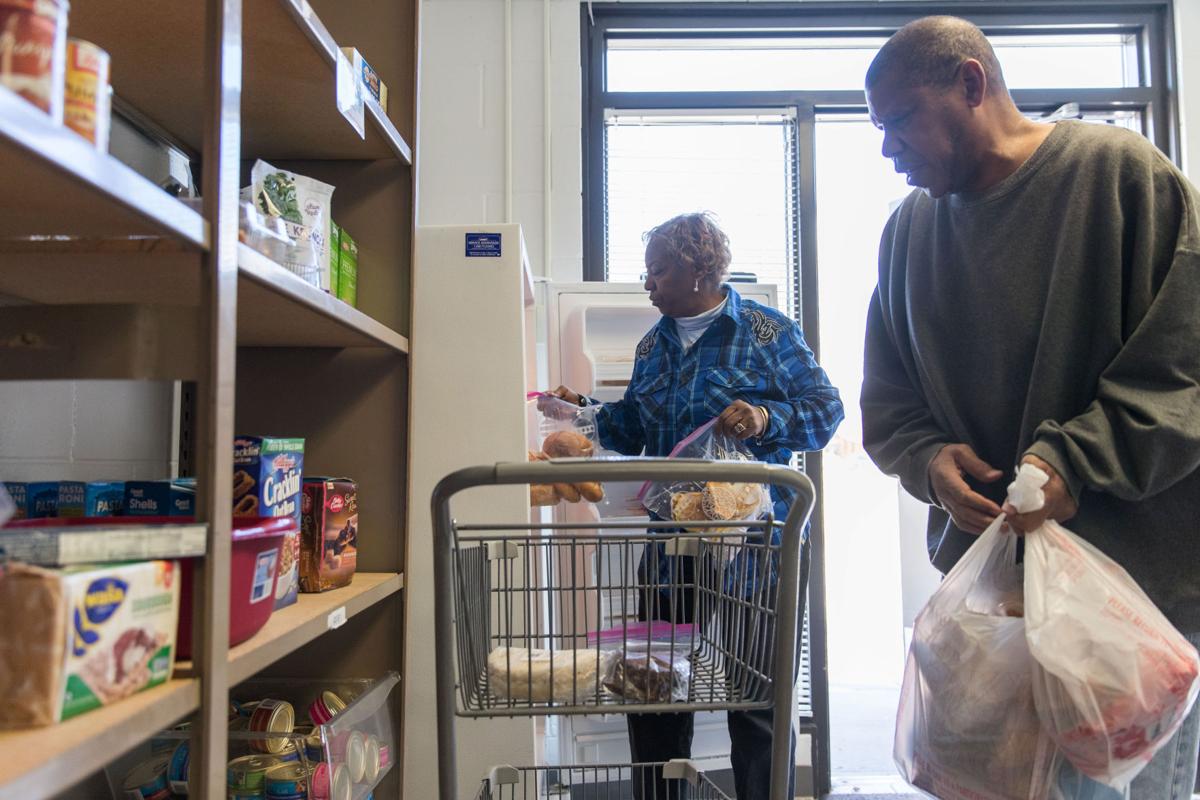 Volunteer Kathryn McNeil, back, helps Quincy Brown pick out a few food items at St. Martin de Porres Center on Tuesday, March 7, in Omaha. Catholic Charities of Omaha, which runs the food pantry, plans to end all its contracts with the federal government by 2018. 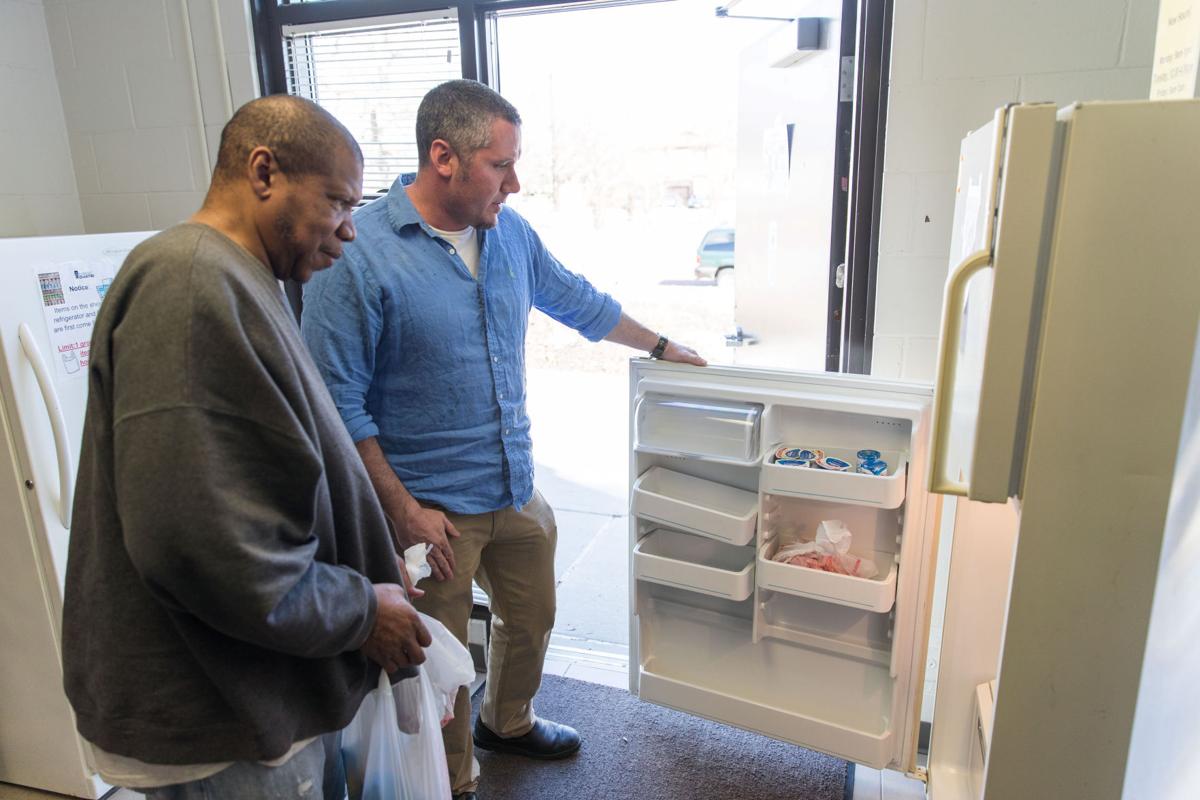 Volunteer Kathryn McNeil, back, helps Quincy Brown pick out a few food items at St. Martin de Porres Center on Tuesday, March 7, in Omaha. Catholic Charities of Omaha, which runs the food pantry, plans to end all its contracts with the federal government by 2018.

That’s the new vision for Catholic Charities of Omaha as it aims to do away with all its government contracts and grants by 2018.

The move by the charitable arm of the Archdiocese of Omaha comes in the wake of officials’ decision last year to pull out of addiction recovery and mental health services. Government reimbursements of more than $9 million failed to keep up with the cost of those services, officials said, and government contracts came with requirements that board members felt ran afoul of the charity’s Christian mission.

The move — made with the advice of a Denver law firm — is one being made by nonprofits across the country, including many Catholic Charities organizations, as leaders no longer want to deal with government rules.

Catholic Charities of Omaha announced last year that it was getting out of addiction treatment, citing cost and government regulations — including a local ordinance that bans job discrimination on the basis of sexual orientation and gender identity.

With freedom from the regulations comes a new focus on engagement, to be outlined in a strategic plan expected in May or June. A recent partnership with the Omaha Society of St. Vincent de Paul marks one of Catholic Charities’ first steps toward the collaborative model of volunteerism it envisions.

Without government funds, the budget for Catholic Charities of Omaha will drop to less than a fourth of what it was last year, falling from $16.2 million to between $3 million and $4 million. The organization’s staff also has been reduced from 250 employees to 70. Most of those people took positions with the behavioral health and addiction treatment groups that took over for Catholic Charities.

The bulk of the agency’s contracts with the government were for the behavioral health services it no longer will provide. Catholic Charities has transferred the city’s only public detoxification center to Douglas County, and CenterPointe of Lincoln took over residential substance abuse treatment programs at Campus for Hope.

Catholic Charities also receives an additional $500,000 per year in government funds. Most of that goes to a domestic violence shelter. By the end of 2017, board members hope to say “no” to that money too.

“We certainly aren’t panicked about filling that gap,” said Bob Gunia, a board member. “We are putting our faith in the people to support this work.”

Catholic Charities funding will now depend solely on private donations and fundraisers such as tonight’s Irish Fest, to be held at Embassy Suites La Vista. The gala, now in its 25th year, is the biggest annual fundraiser for the organization. It raised more than $500,000 last year.

Attendees this year will hear a message about the future of Catholic Charities and how it plans to continue current services, which include two food pantries, a domestic violence shelter, legal assistance for immigrants, microbusiness training, pregnancy counseling and adoptions.

That future also will bring new leadership, as John Griffith plans to leave his role as executive director in June after about eight years in the job. Griffith said he had been planning to leave for a while. The position is posted, and the board is reviewing candidates, Griffith said.

“I will always be a huge supporter of Catholic Charities and plan to be one of the volunteers helping to support the mission going forward,” Griffith told The World-Herald in an email.

But exactly what that mission will look like remains unclear. A strategic plan isn’t likely to be released until late spring, following a needs assessment of the 23 counties in the archdiocese. Catholic Charities is working with the Pennsylvania-based Catholic Leadership Institute, a lay consulting agency that last year helped with surveys as part of Omaha Archbishop George Lucas’s pastoral priorities.

One of those priorities was creating a culture, CEO Dan Cellucci said, “that enabled God’s mercy to be received and lived.” Translated, “It can mean a lot of different things for a Catholic today.”

“Really,” he said, “it’s modeling the love of Christ in all different aspects of our lives.”

Cellucci said his organization will spend the next six months or so helping Catholic Charities figure out how to turn the general into the specific. This will mean the group will be talking to Catholic Charities staff members, board members, volunteers and active parishioners. The group will help come up with goals and plans with budgets and timetables.

It’s a great opportunity, Cellucci said, to mobilize Catholics around service work and in their faith lives. And the efforts can help lure back disaffected Catholics interested in service.

The leading question for the strategic plan, board member Gunia said, will be: “ ‘How best can we connect the faithful to service to others?’ In this moment, we don’t have those answers.”

After working for several years in rural parishes within the archdiocese, Eckley noticed that while Catholics knew of Catholic Charities, they didn’t understand its range of services or ways to get involved.

“People really are looking for those opportunities,” he said, “but need to know where to look.”

This message of engagement — getting parishioners out of the pews to work directly with the needy — came from both Pope Francis and Archbishop Lucas during last year’s Holy Year of Mercy. “There was this strong desire in (the archbishop’s) heart that people would enter into the lives of those living in misery,” said Tim McNeil, chancellor of the archdiocese. In Lucas’s listening sessions last year, many parishioners expressed a desire for opportunities to do just that.

“Those opportunities were just lost when the majority of our time and efforts was going to (behavioral health),” Griffith said.

Last year the organization hired lawyers at the Denver office of Lewis Roca Rothgerber Christie to review its government contracts. The firm specializes in religious freedom issues. Scott Browning, a partner at the firm, said Lucas sought the national perspective as he looked to refocus the Catholic Charities mission.

Browning said for Catholic Charities of Omaha, the question was not “Has the government already restricted us?” but “Can it?”

Nine of the organization’s contracts with governments specifically restricted proselytizing or “inherently religious activity,” which would include prayer and worship, Browning said. One other contract, for immigration services, banned discriminating against clients for their sexual orientation, though Catholic Charities said those services were and will continue to be open to anyone.

“Limitations on evangelizing really drove this decision,” Browning said. “It takes a strong leader to say ‘no’ to money that’s out there in order to stay true to the mission of the organization.”

Getting out of government contracts has become a trend among other Catholic Charities across the country, but also among nonreligious nonprofits, too, said David Thompson, vice president of public policy at the National Council of Nonprofits.

“It’s just become an expensive hassle for nonprofits to partner with the government,” he said. “Research has shown that the government can fail to pay the full cost of the contracted services or can change the contracts midstream.”

“I am 100 percent in favor of this change,” said Bomberger, who formerly dealt with Catholic Charities because of their shared population: homeless people and people with addictions.

Bomberger said government rules can be “overly burdensome.” And he said it’s important to mobilize a strong, active volunteer corps for two reasons. First, dedicated volunteers can save a nonprofit time and money. Second, working face to face with people in poverty helps improve understanding and build compassion.

Catholic Charities of Omaha will continue to seek charitable foundation dollars and United Way funding. Some foundations may have restrictions against donating to religious organizations, and United Way of the Midlands does not provide grants for “a program that is solely religious in nature.”

Board members said Catholic Charities will continue to serve those of all faiths.

“We don’t do these services because the people served are Catholic, we do it because we are Catholic,” Gunia said. “Now we are looking at a potential new service — a beautiful mix of Catholic counseling that incorporates a spiritual component as well. It’s been odd to say we serve the poor but only so far that we can’t serve the whole body, mind and soul.”

Catholic Charities will continue to have licensed professionals in any behavioral health services it decides to continue. Volunteer opportunities would be in other areas, such as food pantries, Griffith said.

The model of person-to-person service already is in the metro area: the Omaha Council of the Society of St. Vincent de Paul has more than 500 volunteers who make home visits to people in need.

McNeil said the future of Catholic Charities may include more such collaborations.

“All of this will be a challenge, but it is time for a shift,” he said, adding that the organization is in “the best possible position to get people excited.”

“All of this — the archbishop’s plan, where we were at with Catholic Charities funding — seemed to fall into place,” he said. “It feels like it was by God’s design to help us look to the future.”

When Catholic Charities decided to pull out of the addiction treatment center it built in north downtown, the Campus for Hope did not close. Instead, three other groups picked up the work.