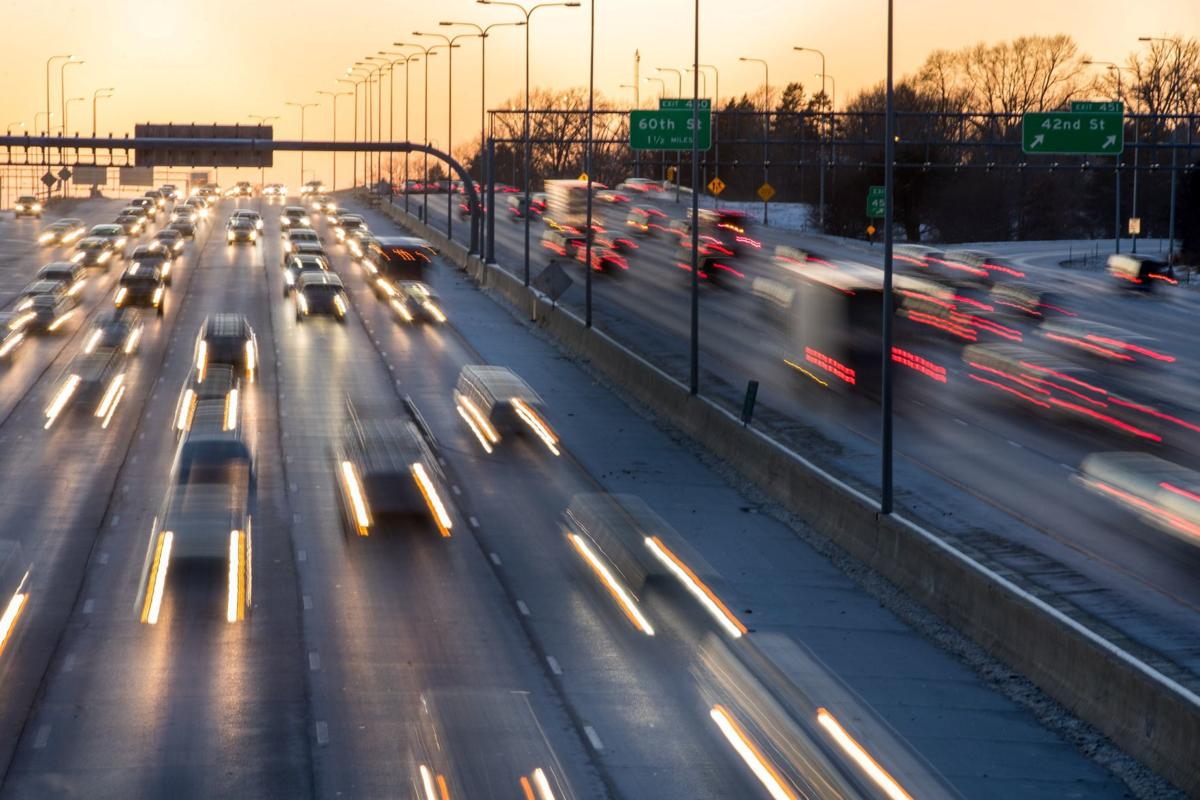 Omaha traffic is getting worse. Interstate 80 in Omaha is one route experiencing more congestion. 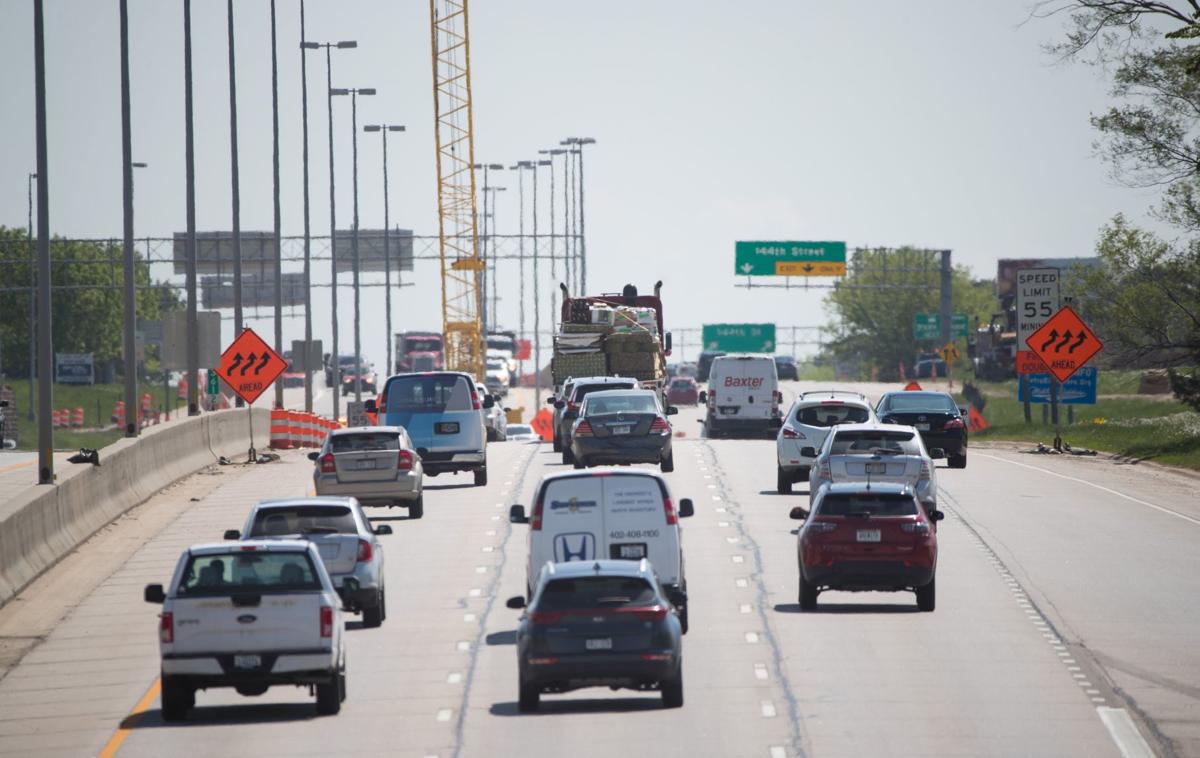 Omaha traffic is getting worse. Interstate 80 in Omaha is one route experiencing more congestion.

Yes, your commute is getting worse.

The Omaha area has more workers than ever, and increasingly they’re driving to work alone.

With all those extra cars — and an expanding metro area — it’s little wonder that commuting in your car is taking longer.

The Census Bureau’s latest estimate shows that Douglas County’s average travel time to work has risen to 19.3 minutes. That’s up from 18.6 minutes in the time span from 2008 to 2012.

Get ready to say goodbye to the “20-minute city.”

Omaha promoters have long treasured that title as a measure of a city with limited traffic troubles. But while Omaha’s commutes are nothing like the tie-ups in Texas or California, the local trends continue to reflect a city that loves its cars. In all, the Census Bureau estimates that Douglas and Sarpy Counties have 59,000 more commuters who take a car to work compared with 10 years ago.

The vast majority drive alone. Even carpooling is getting less popular. And the share of people using alternative forms of transportation — public transit, walking, biking or rides of some other form — is essentially unchanged, dropping from 4.1 percent of the commuting population to 4 percent.

As growth continues to push west in Omaha and into Sarpy County, planners forecast that the Interstate system, the West Dodge Expressway and Highway 370 all will attract a significant amount of additional traffic, said Mike Helgerson, transportation and data manager for the Metropolitan Area Planning Agency.

To help cope, planners with MAPA and the Nebraska Department of Transportation are working on a major improvement plan to shape Omaha’s transportation system for the next 20 to 30 years. The plan, which could be finalized next year, will consider major improvements to Omaha’s Interstates, but also put a major focus on public transit projects.

“There’s certainly a need for really looking at all the options, looking at transit,” Helgerson said.

For now, bus use in Omaha fluctuates largely with the price of gas, said Curt Simon, executive director of Metro transit. Metro’s ridership, he said, has dropped over the past few years.

But Simon said he senses growing interest in the community in making broader transportation improvements in Omaha.

One change in the works is Metro’s ORBT, which promises to run a rapid transit system on sleek buses between Westroads Mall and downtown Omaha. It is due to debut in 2020.

“I do see a shift in thinking,” Simon said. “What it takes to get a single occupant out of their car, I don’t know.”

According to the survey results, 96 percent of commuters (excluding people who work at home) take a car to work. The percentage of commuters driving alone is up in the five-year results, standing at 87 percent; the share of carpoolers is down, to about 9 percent.

Only about 1 percent of commuters in Douglas and Sarpy Counties use public transit. Roughly twice as many people walk to work. And though more people are biking to work, it’s done by just two-tenths of 1 percent of all commuters — about 800 people, according to the estimates.

Kevin Flatowicz-Farmer, board chair for Mode Shift Omaha, a community group that advocates for transportation options, said the situation reflects Omaha’s priority on spending to promote an infrastructure for cars, not pedestrians, bicyclists or people using public transit.

“It doesn’t surprise me we haven’t seen great strides,” he said. “A lot of that has to do with where we put the money.”

Omaha taxpayers to take over cost of maintaining Abbott Drive, an effort long funded by donors

The City Council on Tuesday is poised to vote on an agreement under which the city will pay as much as $93,345 each year over the next decade for upkeep of the right of way between Eppley Airfield and downtown.

Biking and buses sound great ...if you live in Portland and Seattle. This is Eastern Nebraska where they have among the worst climates to be a pedestrian in the world. It is ludicrous to pay so called experts to come up with plans like this. It is crazy to think that thousands of people are going to bike down Dodge to get Downtown. They need to start thinking about mass transit between Omaha and Lincoln that will extend downtown as well as feeder buses and express buses. Sooner or later they are going to have to have an outside loop to have all those trucks bypass the city center and join up on I 80 down around the Gretna approach if not further west. If you think it is bad now, how is going to be int ten years twenty years when metro Omaha starts approaching two million? Hard choices have to be made in spite of the political heat and loony left wing utopia chasing.

I hear you calling busses loony and advocating for them in the same breath. I take the bus every day and with proper outerwear, it is bearable (and even mostly pleasant!) 99% of the time.

You have a point. Biking and buses don't just sound great, but can be great, given the right encouragement. And you're right in pointing out that the solutions that Portland and Seattle have created may not apply to our community given our harsher climate. But then, how do you explain the vast amount of commuters in Madison, Wisconsin or Minneapolis, Minnesota? I don't think their climate is any less harsh. Those communities made the conscientious decision to provide their citizens this option. Nobody wants to cyclists on Dodge street to get downtown. The drivers don't want them there and I guarantee you, the bikers don't want to be there. Nor should they be.

Cyclists on main roads, such as Center, Pacific, Dodge, etc create risks to themselves and other drivers, in addition to slowing traffic down and creating bottlenecks. However, this city has left people like me, who enjoy commuting to work (on trails and sidewalks) little choice. I"m one of the fortunate few whose bicycle commute is only 20 minutes on mostly trail with a couple side streets. While the costs to provide even a minimal infrastructure to bicycle commuters is very small compared to adding more lanes on our busy streets, lets face it......anytime the city even mentions the whim of spending dollars on bike lanes or most any other reasonable form of alternative transportation, people get very vocal in opposition.

Many, our mayor especially, feel that spending so much as one dollar on improving the ease and safety of those wishing to commute by bicycle, to be money we are taking away from pothole repairs, schools, or police and fire. It might be worth considering......just considering, that if we made a modicum of effort to get bikes away from the traffic and drivers, and make these fellow commuters to feel welcome in our community, that we just might have more than a measly 800 bicycle commuters and ultimately, get more cars safely off the streets. I think it's unfair to complain we don't have more bicycle commuters in a community that has made clear, that they're not welcome. But that's just my opinion. I could be wrong.

I often hear from conservatives who complain that energy sources like solar and wind aren't practical without government subsidies, so it's good to see reporting like this on how fossil-fuel-based transportation is by far the most heavily dependent on taxpayer support for its operation.

They're not practical. Neither comes close to providing what is needed to run our country or they would have been harnessed long ago. Oil and coal have been used for centuries to run the world. You can ride your bike, sail, or solar power your way around the world all you would like but it will have to be on your time, not on ours.

Bob:
Have you ever been to India or China?. There are days on in in those countries when you can't go outdoors from the pollution for burning coal and oil, that 's not being "reliable" either. The Rush and Shaun library is not a sound reference for anything piratical or real.

To make public transportation viable for most Omahans, there has to be a realistic way for them to get from their houses to a bus stop. In west Omaha one option would be building some large parking garages where commuters could catch their buses for downtown. Another possibility would be running smaller circulating buses that run along feeder roads, stopping to pick up people who have walked to a stop; those buses could then drop the people off at a big bus stop along one of the major commuting routes (Dodge, Maple, Pacific, Center). Another very cheap alternative would be to restrict the center lane of Dodge Street to cars that have at least two people in them (very successful in many major cities); the middle lane could, as it does now, switch from eastbound to westbound depending on the time of day.